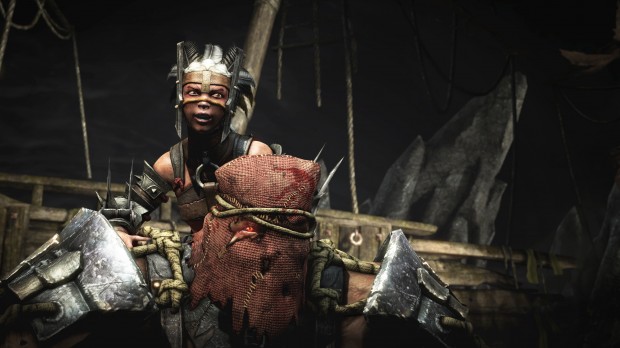 The reboot of Mortal Kombat was one of the most exciting things about the last generation of consoles. It came out of nowhere, finally after all this time we had another great installment in the Mortal Kombat universe. With the Mortal Kombat reboot came X-Ray attacks, a painful yet beautifully constructed move that allows your character to unleash serious pain on the opposing player. On top of that, the game possessed one of the best story modes in the history of fighting games. It completely flipped the fighting game genre on its head, the only question is where could they go from here? It was obvious a new Mortal Kombat title was in the works, and that was finally revealed when NetherRealm showed off their debut trailer for Mortal Kombat X.

Arguably akin to the importance of X-Rays being introduced in Mortal Kombat, Mortal Kombat X will be the first game to feature three different variations for each character. These will be chosen in the character select screen and are meant to bend towards your gameplay style. For example, Scorpion’s variations include one that focuses more on using his swords, one that is more defensive, and one that just straight up emphasizes burning the enemy. The real thing changing between these variations are the moves at your disposal, with some being added and some removed.

While NetherRealms and Warner Bros. pitched these options as ways to fit a certain character’s play style, whether that is one hundred percent true or not seems to still be in the air. On one hand, playing as Ferra/Torr feels drastically different between variations. Personally, I did not enjoy the first two options available, but the third one which sees Ferra (a little lady riding on Torr’s back) hop to the side leaving only Torr to tear apart the enemy. But to the same point, I felt as if Scorpion did not have any major pluses or negatives in switching through his options. That could be due in part to having a ton of previous experience with Scorpion and none with Ferra/Torr, but that seems unlikely.

From playing the hands-on demo of Mortal Kombat X at E3 one thing was clear; the game will be very reliant on its new characters. The three being shown off at the event were Cassie Cage, Kotal Kahn, Ferra/Torr, and D’Vorah. Cassie Cage is the offspring of Johnny Cage and Sonya Blade, which is evident by her move set. She plays very well, with her move set feeling as smooth as the love made by her parents to conceive her. Cassie’s repertoire contains kicks reminiscent of the acrobatics displayed by one Mr. Cage with some nice Sonya spice and attitude thrown in.

Ferra/Torr is the one that seems to have drawn the most attention, as they are the first tag team ever found in the game. This adds a new layer of moves previously unseen to Mortal Kombat that include things such as Ferra jamming needles in the back of Torr to hurt him, but  also make him much stronger, and a simple move that has Torr chucking Ferra at the enemy like no one’s business. As for how Ferra/Torr handles, he controls like the hulking brute you would expect. He trounces around with heavy feet and heavy fists, meaning he is just as slow as he is effective at knocking the hell out an oppenant. In all seriousness, it is fantastic to see the Mortal Kombat series branching out into tag team characters, even if it does not apply to all the characters.

Kotal Kahn is a Native American warrior that seems to gain more and more power through cutting himself, the same way Torr gets stronger through Ferra injecting him in the back. His move set seems similar to Nightwolf, along with his character. Though it may be a pointless assumption, it would be safe to say he has some relationship to Nightwolf that will be explained through the forthcoming story mode. D’Vorah’s attacks center around the rampant bees floating around her. These attacks can be just as quick as a bee’s sting, she feels much better than the other characters being introduced. The four new characters feature fantastic personalities that leave you itching to see what kind of story mode NetherRealms is putting together to explain these souls entered into Mortal Kombat. While NetherRealm was not talking about how many characters would be in the final product, they stated around 20-30 percent would be all new.

There are smaller things to be found in Mortal Kombat X such as characters talking directly to each other before fighting, whereas in the past each character would say their own preset line. Then, of course, there are all new fatalities to be had which all look equally brutal in nature, the same goes for X-Rays. When asked if there would be multiple X-Ray moves per character this go-around, NetherRealm said not at this moment, but they “would not rule anything out.” If there is one message that NetherRealm is clearly trying to send with Mortal Kombat X, it is that the reboot of Mortal Kombat was not a fluke, the franchise has returned and is ready to retake the title of best fighting game franchise around.

You will be able to partake in the ass kicking come sometime in 2015.