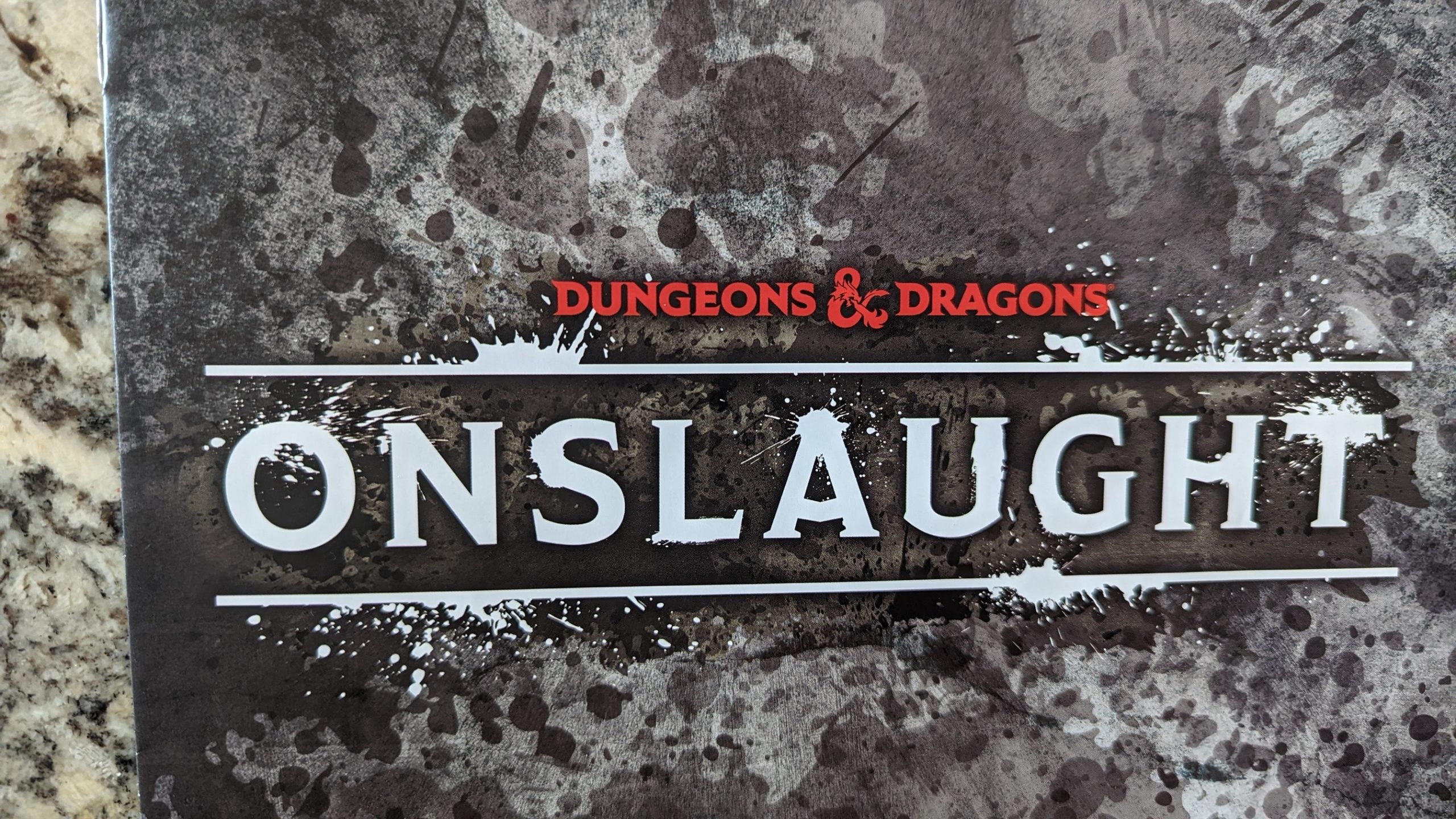 There is a well-known subset of TTRPG players who are primarily interested in combat and acquiring loot colloquially known as murder hobos. Next year, Dungeons & Dragons: Onslaught will hit shelves, and it’ll be time for you and a friend to get ready to do some delving. Onslaught has two players leading groups of adventurers from one of Forgotten Realms’ powerful factions, putting them against each other and hordes of monsters as they level up and nab loot to improve their capabilities.

Veterans of Wizkids’ other minis game Heroclix will recognize Onslaught’s health dial, which indicates the character’s remaining health, along with movement and AC values, rotating and altering said values as they take damage. Fortunately, it’s been moved from the character’s base to its card, as it previously  looked clunky and limited sculptors’ options if they wanted to keep a character’s stats properly visible. Also present are map grids, which keep movement, range, and line of sight pretty straightforward. 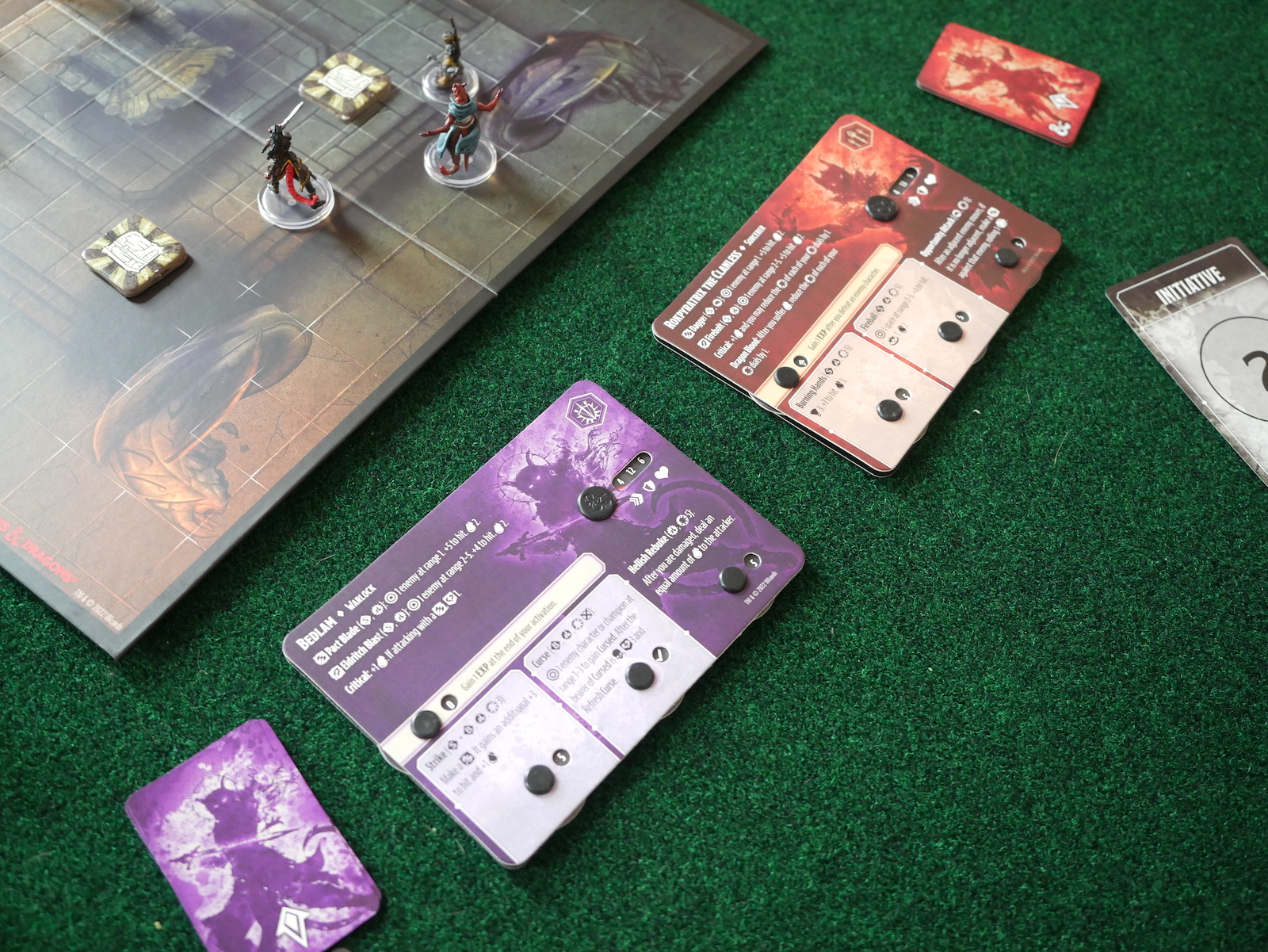 Combat itself will feel more reminiscent of D&D, with players choosing how they attack, be it with weapon, spell, or skill,then chucking some d20s, adding their to-hit bonus, comparing the result to their target’s AC, doing appropriate damage if successful.

Initiative uses a card system instead of dice and bonuses, where monster groups have a set initiative score, but players are dealt a hand each round that they secretly assign to their characters, introducing a mix of deduction and programming. Activating characters in specific order will be important in carrying out round-to-round strategies, but you’ll also have to guess when your opponent’s characters will be activating, as if you make your heavy hitter too slow, their victim may have dodged out of the way before it can swing 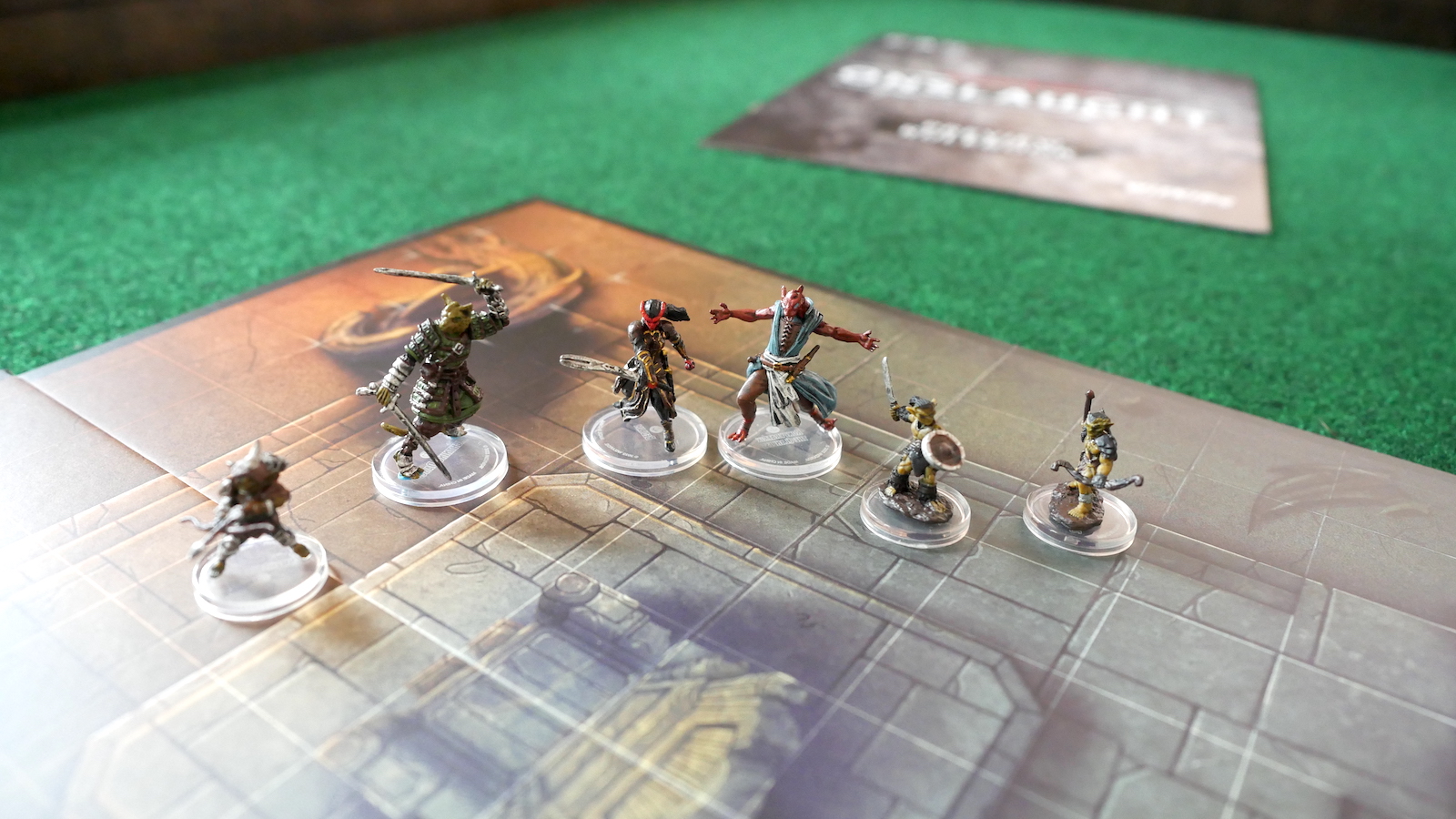 What will set Onslaught apart, other than its host of pre-painted minis, are the other dials attached to character cards. More powerful abilities will be placed on cool down for a number of turns after use, which can be tracked by the corresponding dial. Potentially of more interest is the experience dial. Accomplishing various objectives will award characters with experience, rotating said dial, potentially revealing a level up. When characters level, they can choose from a number of their personal bonus cards, with benefits from permanent attribute modifiers to powerful attacks.

Onslaught releases January 2023 with a box full of monsters and the player factions of Harpers and Zhentarim, with more faction expansions in the works.