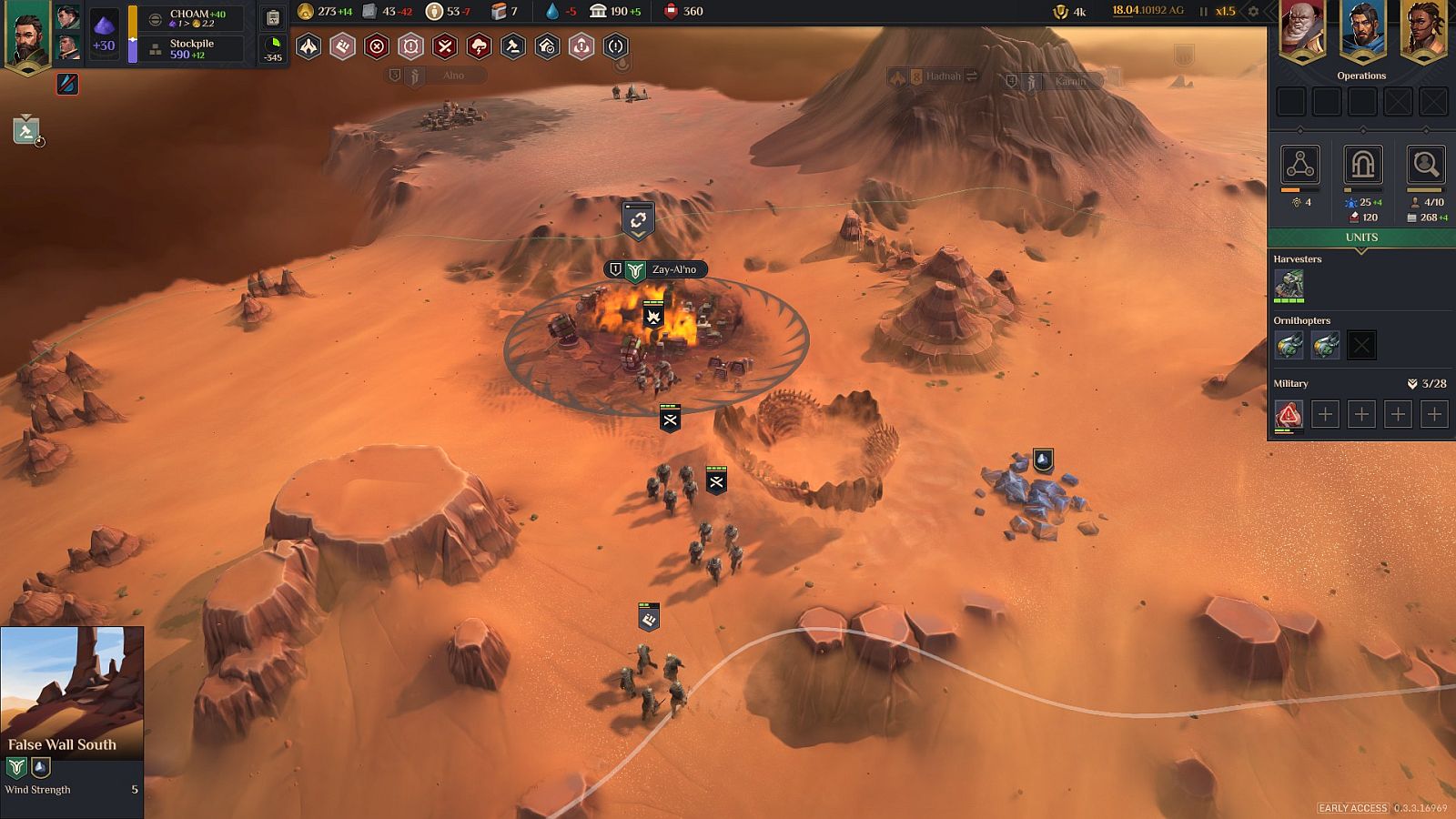 Dune: Spice Wars is the latest offering from developer Shiro Games and is currently in Early Access on Steam. If you are familiar with Shiro Games and their previous hit Northgard, the look and feel of Dune: Spice Wars will be immediately familiar to you, but there are several aspects of the game that will quickly prove that this isn’t just a Dune reskin of Northgard.

As a big fan of Northgard, I can’t help but draw comparisons. The biggest difference besides the obvious thematic departure is that Dune plays more like a grand 4x strategy game than an RTS and this is reflected in the description of the game. You need to know what you’re getting into before jumping in. I was so excited to see a Dune game that looked like a spiritual successor to Northgard that this aspect of the game caught me a bit off guard and honestly left me a little disappointed. Now to be clear, I’m not saying that this is a bad game, on the contrary, spoiler alert, I actually quite enjoyed it once I got into it but it’s definitely not the RTS experience I first anticipated. It has more in common with something like Stellaris than Starcraft.

So what is this game then? Not to be too facetious, but it’s Dune. If you know you know, as the kids say these days. All of the factions are here. All of the guilds. All of the spies, the spice, the worms. You take control of one of the houses and attempt to achieve victory through domination, hegemony, or political control all while exploring Arrakis, dealing with raids, taxes, balancing resources, etc. Honestly if you’ve played a 4x game, there’s not much new or innovative here but it’s executed well so far. You’ll start the game with only your capital and single ornithopter. From there you will begin to explore Arrakis. 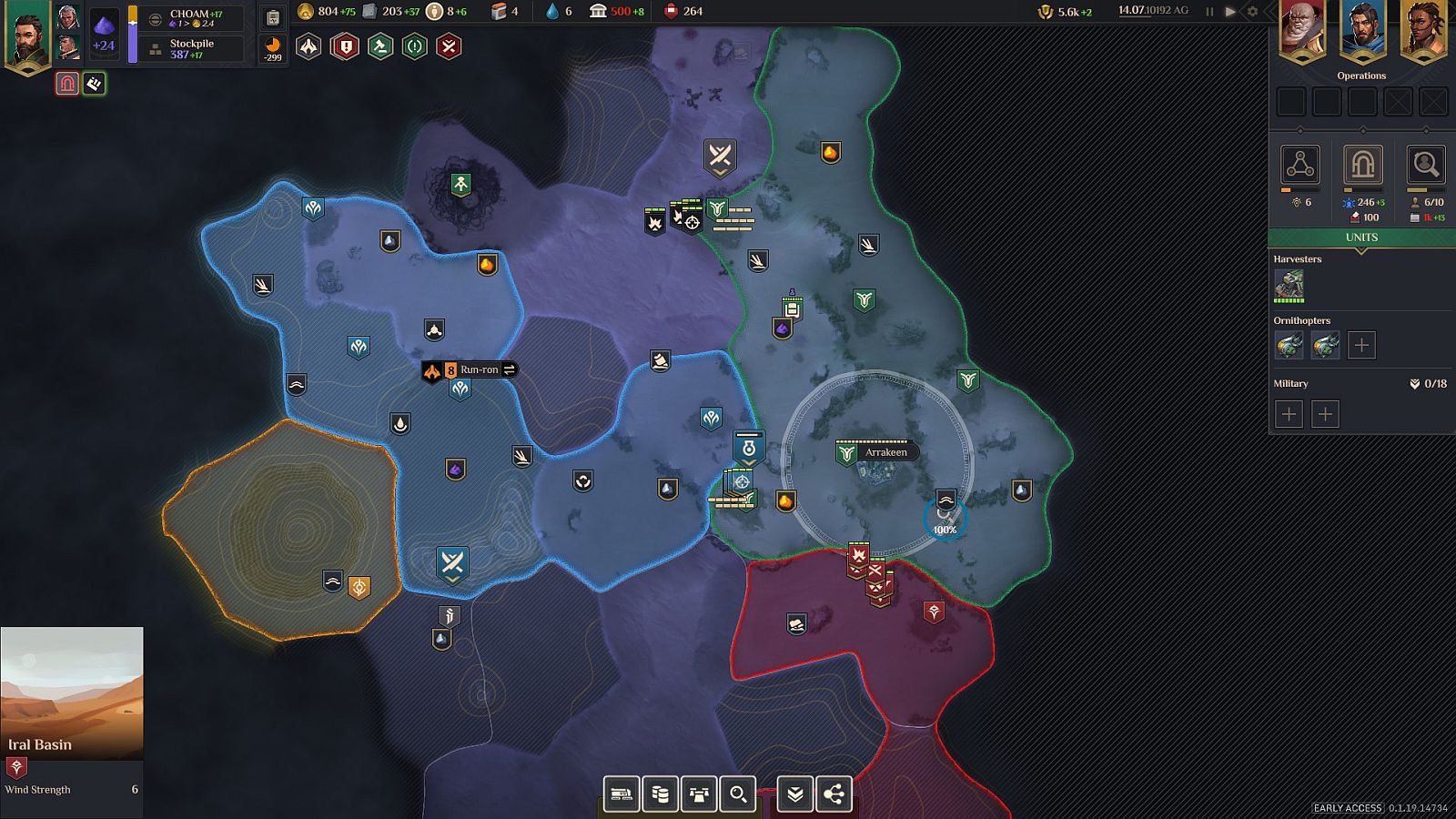 There is an unavoidable rush to find spice to keep up with the constantly increasing taxes from the emperor but once the spice starts flowing, it’s up to the player how they want to expand and focus their efforts. Regardless of your end-game goal, you can’t ignore any one aspect of the game. You’ll need troops to capture new territory, fight off rebellions, raids, and other factions. You need influence to sway laws in your favor and cripple your opponents. You’ll need hegemony to gain access to the powerful capital upgrades.

The game forces you to somewhat do it all but so far heavily focuses on military and domination victory. The game is still in Early Access so I’m interested to see if other win conditions become viable strategies rather than just side goals. Managing your resources comes down to building the right buildings in the right villages to gain the most benefit. Combat is pretty slow and is sadly pretty boring for having such a large emphasis. The units just hack away at each other and whoever sent more is most likely going to win. The game’s focus is much more zoomed out and strategic rather than tactical, so if you’re into that, your view on the combat may differ. 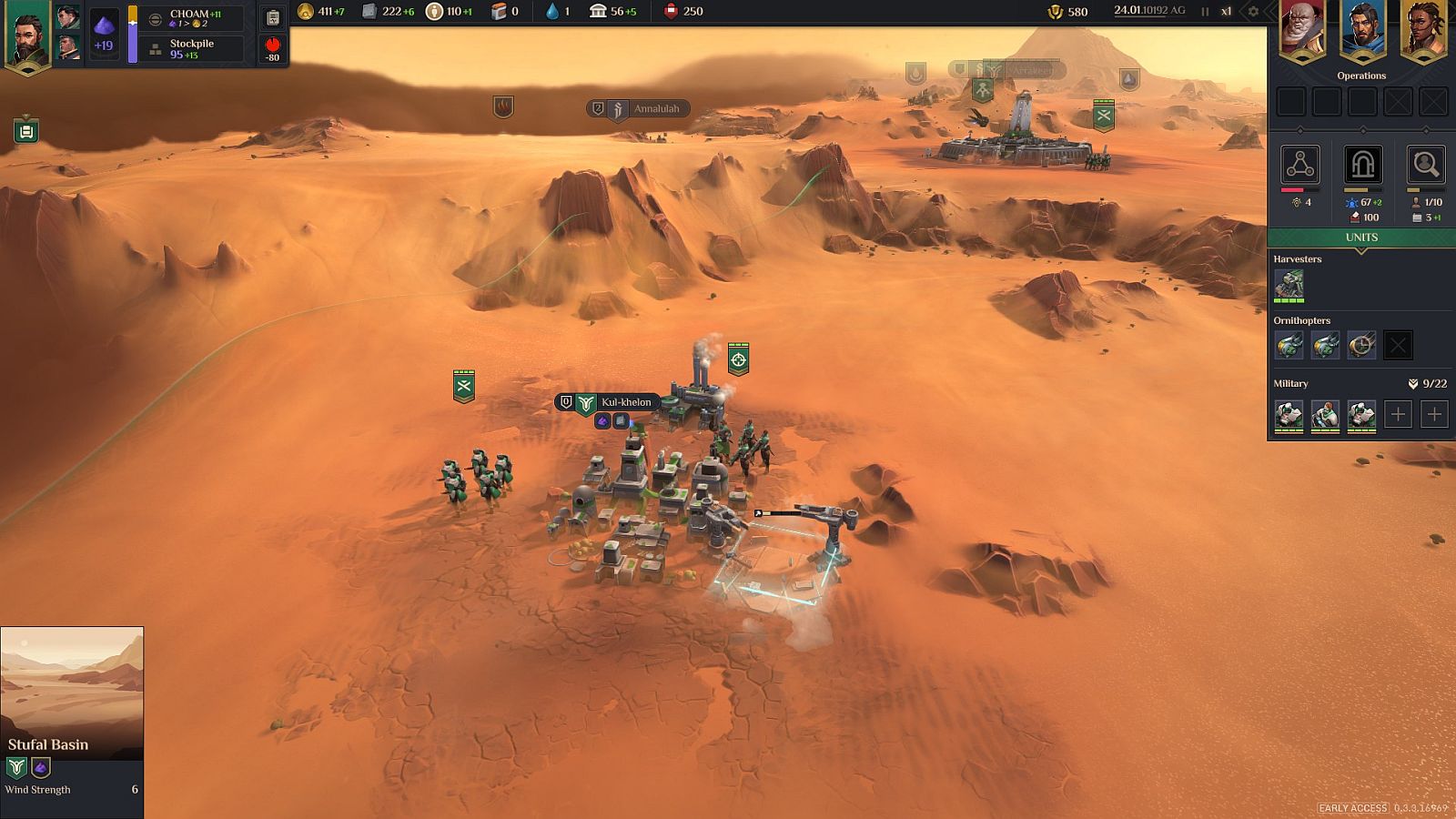 A village with upgrades

The art direction has the same cartoony style that Shiro used in Northgard and I think it still works fine with Dune. Nothing about it took away from my experience with the game and it’s pleasant to look at. The sand worms bursting up to devour your army look great and the massive electrical storms that sweep across the map with vivid purple lightning are really eye catching. The music, when it’s noticeable, is good and isn’t distracting or annoying over long sessions. I’m not in love with the needle gun sound of the ranged combat troops but it’s more of a minor gripe than a real criticism. 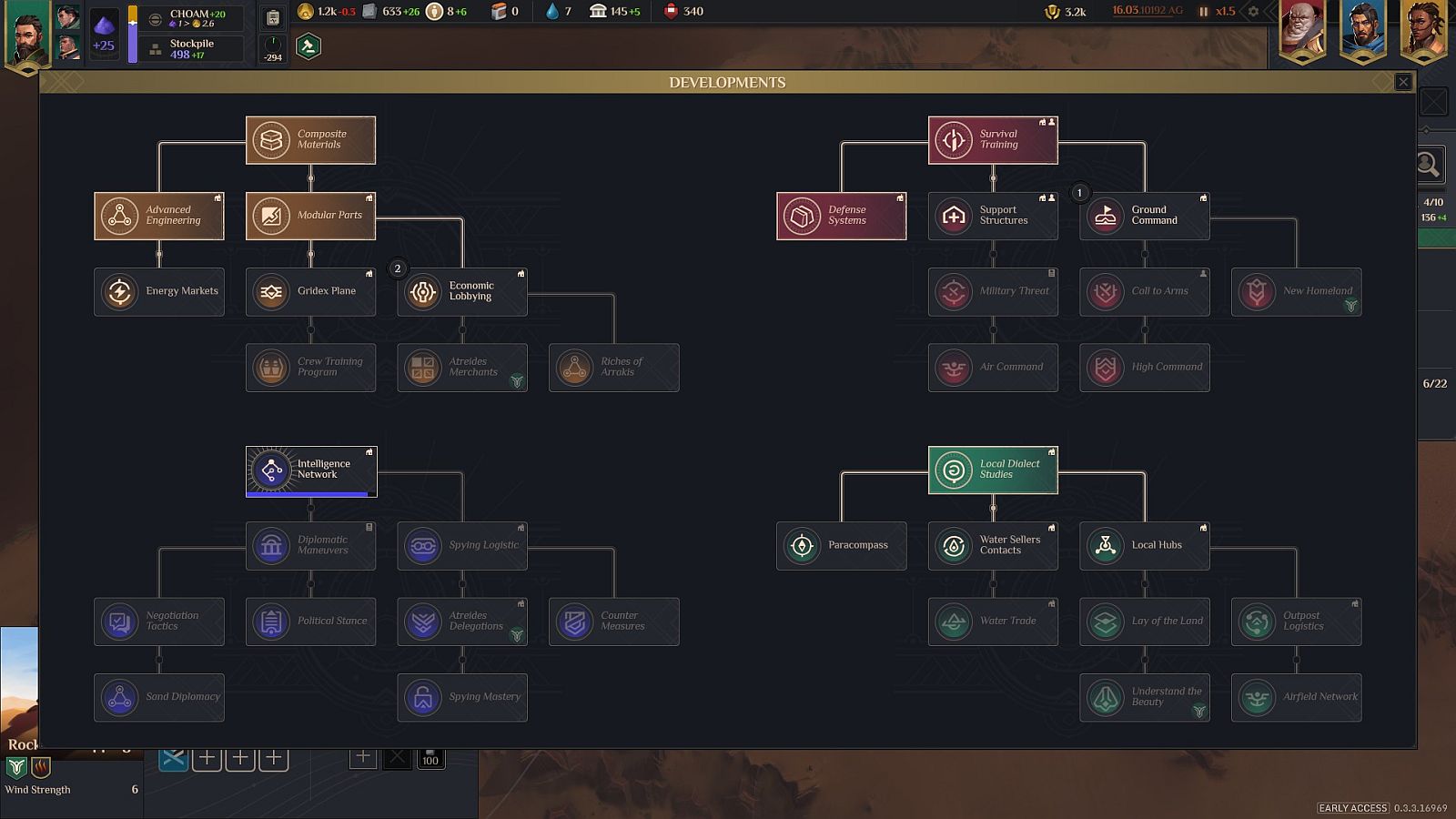 In my current phase of gaming and life, a 4x game isn’t what I gravitate towards but if you’re a fan of the franchise and 4x, there is plenty of fun to be had with Dune: Spice Wars. The game is off to a great start with plenty of features to come. You can check out the game and the developer road map for what’s being added next on Steam.