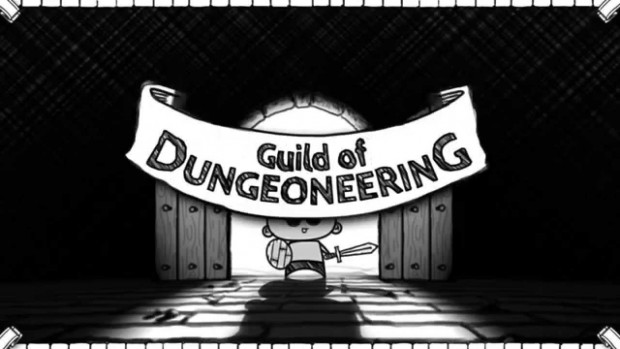 Guild of Dungeoneering is one of those games that is so simple in its presentation that it feels incredibly approachable. Employing a unique concept, easy pick-up-and-play controls, and an awesome visual style, Guild of Dungeoneering is, most importantly, a joy to play. After getting some hands-on time with the game at E3, I walked away impressed by how it takes a fresh idea and makes it so appealing.

As a typical turn-based dungeon crawler, Guild of Dungeoneering has a lot of familiar concepts: card-based battles against monsters, light RPG elements, and loot to acquire. Where the game differentiates itself, though, is in how you play the game; rather than controling your character through each dungeon, you literally build the dungeon around them.

Each level begins with your chosen guild member starting at the dungeon’s entrance, with everything but enemies, treasures and quest items shown as blank spaces in a grid. In order to progress, players must play cards (pulled from a virtual deck) that contain path pieces which steer your hero in the right direction. This creates a level of strategy where players guide their character through corridors of their own creation in an effort to avoid — or encourage, if you’re feeling lucky — the dangerous route. It’s a gameplay approach that feels totally unique, where players only influence their guild member rather than controlling them outright, and where each stage starts as a blank slate but can be manipulated differently depending on the hand you’re dealt. In this style, every dungeon ultimately contains a random element, with the player doing what they can to build the level in their favor.

One of Guild of Dungeoneering’s standout features is its appealing art style. The simple visuals are made to look like black-and-white cartoons drawn on graphing paper using only pencil, and the result is incredibly charming. There’s a surprising amount of small detail in the game’s aesthetic too, with rocks strewn about and stairs aplenty, but aside from a few important characters and objects which are highlighted with color, the pencil shading visual style works to Guild of Dungeoneering’s credit. It ultimately looks like a drawing made by a bored student stuck in a classroom and wonderfully fits the game’s theme of drawing your own adventure.

Aside from using cards to manipulate the dungeons you play in, battles also play out based on the cards you choose to use. During enemy encounters, each card in your hand represents a spell, and each with their own attack and defense stats. Depending on the enemy you’re facing, the strategy you choose to use with your cards may vary – enemies that play cards with higher attack values usually call for your own high defense cards, but foes with lower overall health may warrant an all-out blitz of force.

Taking this element of strategy slightly deeper is the fact that each dungeoneer comes with their own deck of cards to play with. As you can probably imagine, some characters are better suited for certain stages than others. Goals vary from dungeon to dungeon – for example, defeating 3 enemies within 7 turns, or strengthening yourself before a boss battle on the 12th turn – so it’s up to the player to choose the right hero for each task. As players progress, adding new members and rooms to your guild is key to maximizing success and creating the best strategies for each dungeon.

As someone who identifies as a console gamer, with little experience in the realm of PC gaming, I’ll admit that I was a little hesitant before getting my hands on Guild of Dungeoneering. Any reservations I had were allayed almost instantly by the game’s welcoming tone, though, and I walked away quite impressed with what I saw. Guild of Dungeoneering not only features fun visuals and an easy point-and-click interface, the game is extremely charming. With light RPG elements and an ideal level of strategy, Guild of Dungeoneering is, most importantly, a delightful experience that is shaping up to be a solid title.

Guild of Dungeoneering releases for PC on July 14th.