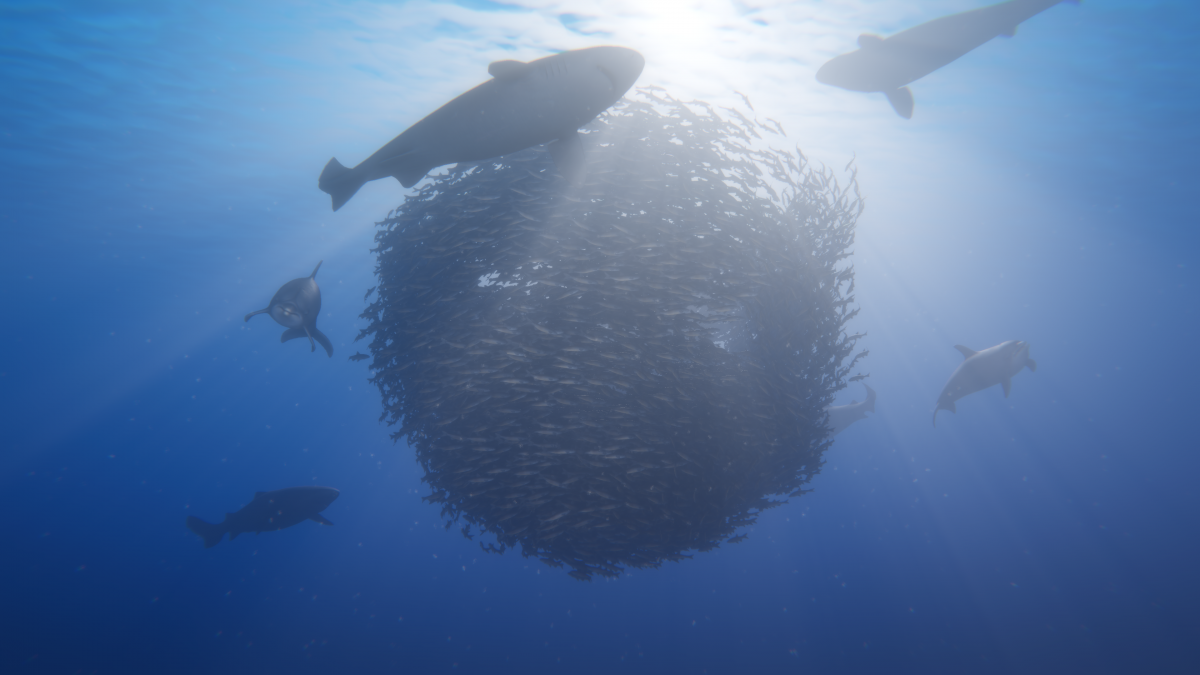 Next year, we’ll all get to dive into unknown depths and explore the ocean firsthand with the upcoming release of Beyond Blue from E-Line Media. I had the chance to sit with E-Line Media at E3 to learn more about Beyond Blue, which was referred to as the “spiritual successor” to Never Alone.

Never Alone was an atmospheric platformer inspired by tales from Alaskan native people, with over 40 contributors taking in the project. The goal of the game was to capture these stories and tell them to the world through their game.

For their new game, E-Line Media partnered with the BBC to explore the magic and wonder that exists deep within the ocean, as a cross-promotion with BBC’s Blue Planet 2, which was released earlier this year in the US. It’s been a great success so far, and the BBC wants to continue to share their discoveries using the format of a video game. Enter, Beyond Blue.

Beyond Blue takes place a few years in the future, and will feature underwater exploration technology that is a slight step above that which exists today. Players will have the ability to play as either a diver, or explore the ocean through the use of remotely operated vehicles. In addition, machine learning and adaptive AI will be a huge part of the game–letting you focus on the story and new discoveries, rather than searching for the same sperm whales constantly. This feature should help you push the boundaries of your exploration.

This technology will also allow you to experience the underwater world in a different way than you ever have before. E-Line Media had access to all of the BBC’s underwater content (both public and private), and used it to shape Beyond Blue’s world. Inspired by actual new technological advances, certain photo and sound filters will allow you to see and hear as marine life does! Light and sound work differently in the ocean, and they’ve made an effort to replicate that. While a shark may look brown to a human, vibrant stripes appear when using a lens made to replicate the way other marine life sees the environment.

In addition to including real world science in the game, Beyond Blue promises interesting gameplay to go along with the educational side of things. Players will be forced to make decisions that vary in their difficulty–from choosing which creatures to study, to moral dilemmas about the underwater world. Your choices will have consequences as they open a number of different endings to the game, seemingly providing incentives to play through the game multiple times.

You can expect to see Beyond Blue available in early 2019 on PC and console.