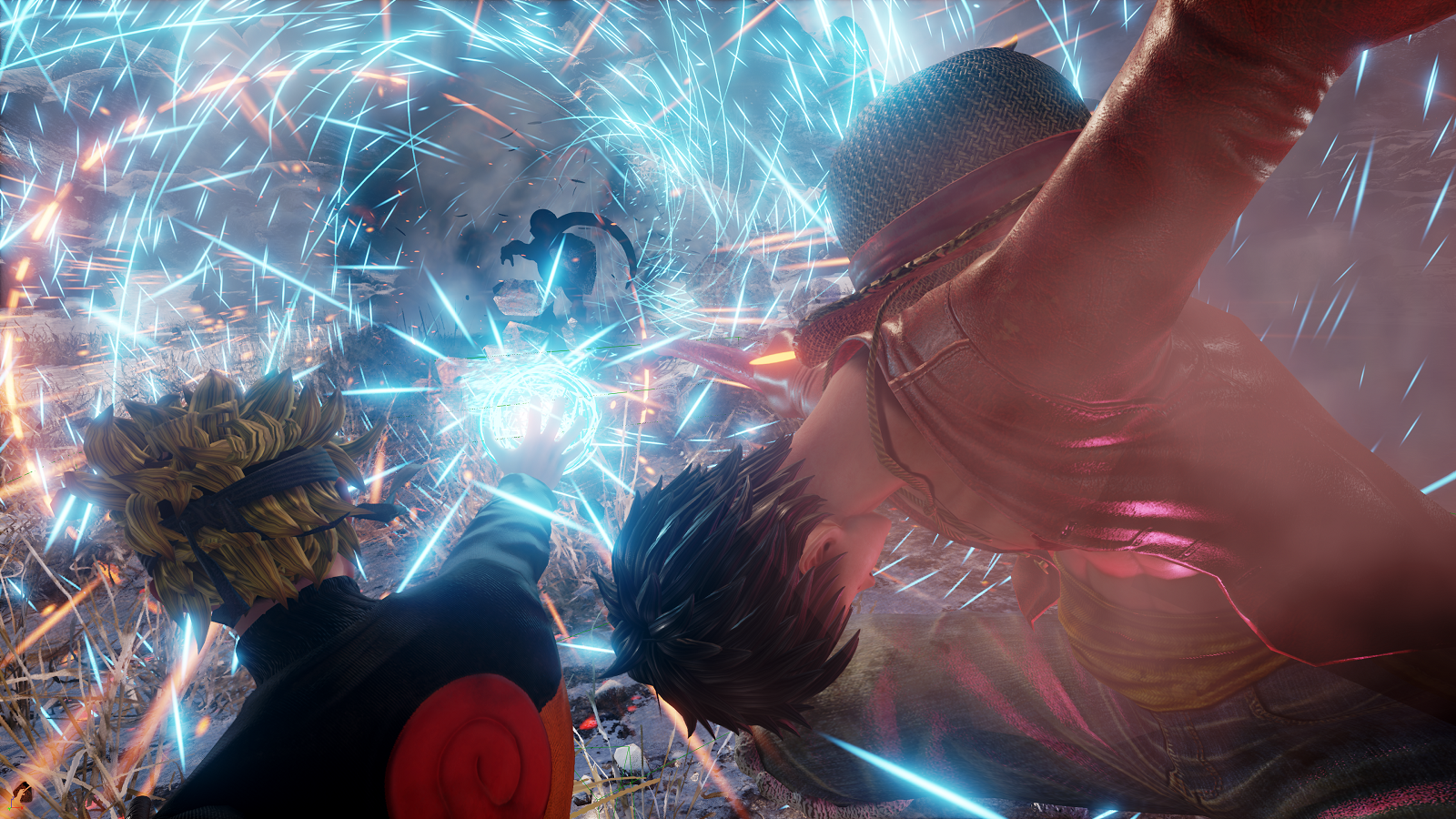 Shonen Jump celebrates its 50th anniversary this year. During those 50 years, the weekly Shonen magazine have introduced us to dozens upon dozens of memorable characters such as Monkey D. Luffy from One Piece, Naruto, and Goku. Once again, these characters appear together in an ambitious crossover fighting game that merges the anime world with the real one in Jump Force. At E3 2018, I had the opportunity to play Jump Force at Bandai Namco’s booth.

Immediately, I noticed how beautiful Jump Force appears. The characters pop out vibrantly in a lush environment. This contrast of anime style and realistic environments helps drive home the theme that these characters have invaded our world. In some way, it’s almost uncanny how these characters stand out in comparison.

At the start of each match, players choose three characters. In this case, there were six characters to choose from: Goku, Naruto, Monkey D. Luffy, Frieza, Sasuke, and Zoro. Like traditional tag-team fighters, only one fighter is on the field at a time, but this time, all three fighters appear to share a health bar rather than have three separate ones for each fighter.

This decision to have one health bar made the matches feel shorter and almost anticlimactic. Here, he had this beautiful environment, where enemies can be knocked into different sections of it at any moment if hit hard enough, but the end of each match felt like running into a brick wall.

This could come to how I was playing, of course. Jump Force is a team-based 3D arena fighter where your teammates can be pulled out at any moment. Since there is just one health bar, you never have to worry about not having the ability to pull out your teammates or switch. As you walked around, I was constantly focused on my AI opponent, waiting for the perfect opportunity to attack. Each hit felt calculated, if not clunky to start with, but I soon got a grasp on the controls of the game.

There is a possibility for a character to enter their “Awakened Mode” later in the fight. During this, the player can assume a stronger form, such as Goku’s Super Saiyan form or Luffy’s Gear Fourth form, and have a new range of powerful moves to use against their opponent. This is where the flashiness of the game is shown and fully appreciated. Jump Force is a celebration of 50 years of Shonen and what better way to show it than a flashy display of the most awesome, if not ridiculous, moves of our anime all-stars?

There was little to offer in this demo of Jump Force, but we’re expecting to see more as it approaches its release date in 2019. For more information and hands-on previews out of E3, check out our E3 2018 section on Gaming Trend.