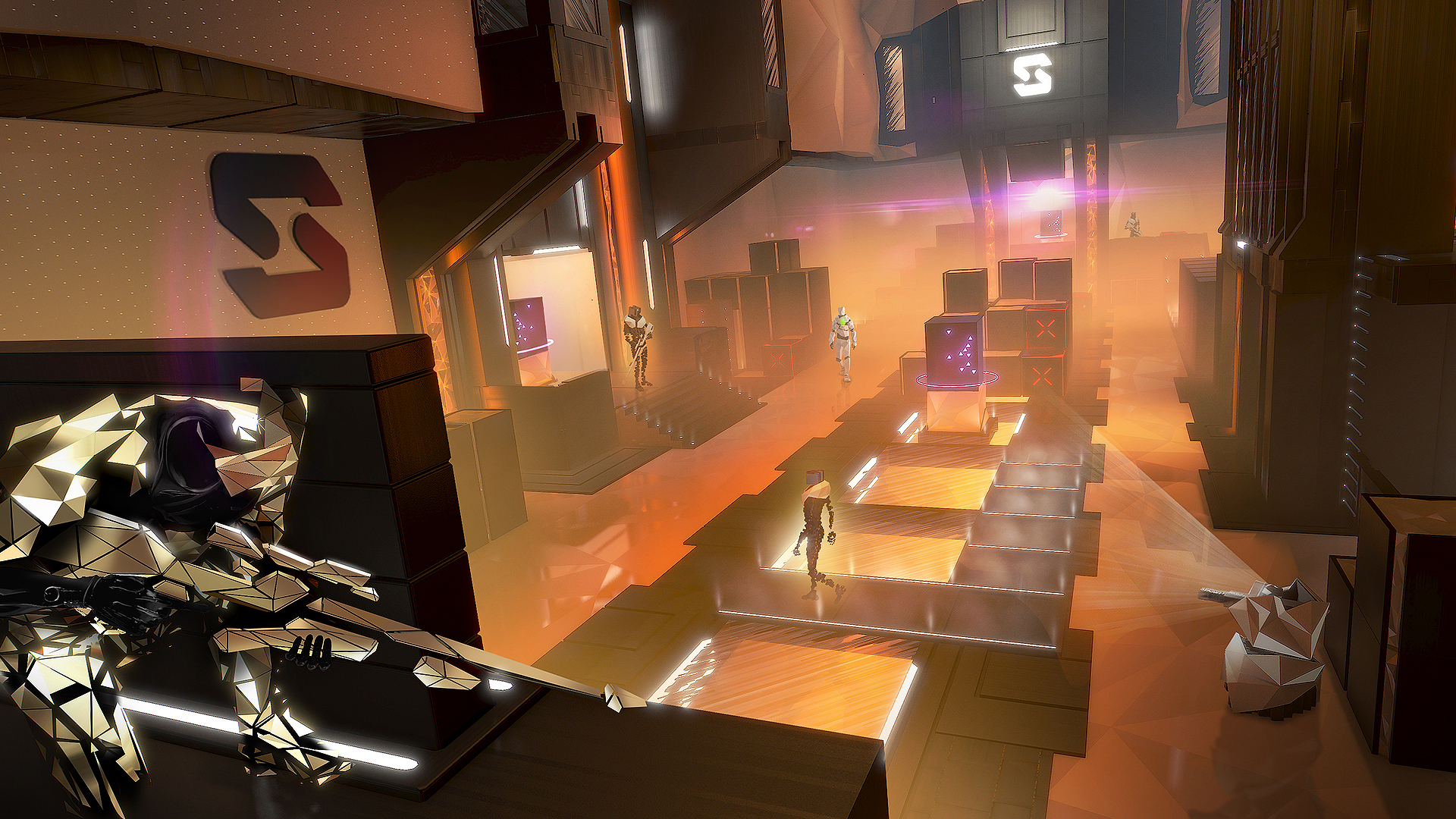 The Deus Ex series is best-known for its single-player campaign, which stars everyone’s favorite moody cyborg, Adam Jensen. Deus Ex: Mankind Divided plans on extending beyond the story campaign, however, with a new mode called “Breach.”

Breach mode is a single-player competitive mode, where players compete for high scores on leaderboards. The gameplay is similar to the base Mankind Divided game, in that players are expected to sneak and/or fight their way through various areas. There are multiple leaderboards that players can compete for top spots on, including quickest completion, and highest score. Along the way, players can improve their character with better weapons, equipment, and new abilities that make tasks much easier.

Breach also includes its own story, and a new playable character within the Deus Ex Universe. The player takes on the role of an anonymous hacktivist who is working with a mysterious organization to steal information from corporations and deliver it to the public. Each mission takes place within a virtual world, and every room, item, and character takes on a plain, geometric aesthetic. The story is told via text messages with other individuals in the hacktivists group, as the player learns piece-by-piece the scope of various corporations’ corruption.

In my hour or so with the Breach game mode, I snuck around, stole data, and meleed a few virtual humans in order to complete various win-requirements as efficiently as possible. The core gameplay was very much what fans would expect of Deus Ex, but that’s about where the resemblance stops. Between the intentionally unsophisticated graphics, short time trial missions, and simplified gameplay, Deus Ex feels very much like a minigame, rather than a full-fledged additional game mode.

Most of the missions in Breach require the player to sneak around a small area, and hack into various servers, then run back to the place they spawned from. Along the way, players have to deal with turrets, guards, alarms (which draw more turrets and guards), and the occasional jumping puzzle. Unfortunately, all of the missions I played were all very similar to one another, and the vast majority of the missions took place on the same three or four maps. The only differences between each mission were the placements of various guards, turrets, or servers, which didn’t do much to keep me engaged for very long.

The leveling system in Breach is fairly complex. There are weapons, ammo types, equipment, consumables, and abilities, all which help the player be better-suited to complete each challenge. The player obtains better items by purchasing packs of cards with in-game currency, but microtransactions are also available to speed the process along. I’m curious to see how equipment/leveling advantages will impact the leaderboard aspect of the game mode, especially since microtransactions could give some players a clear advantage in setting the best records.

So far, Breach feels a bit like dumbed down version of the Deus Ex formula, and more like a minigame than a substantial experience. Between the bizarre presentation, the potential for microtransactions to taint the leaderboard experience, and the repetitive nature of the missions, I don’t think that this game mode is something to be entirely excited about. Time will tell as Deus Ex: Mankind Divided continues to be worked on.