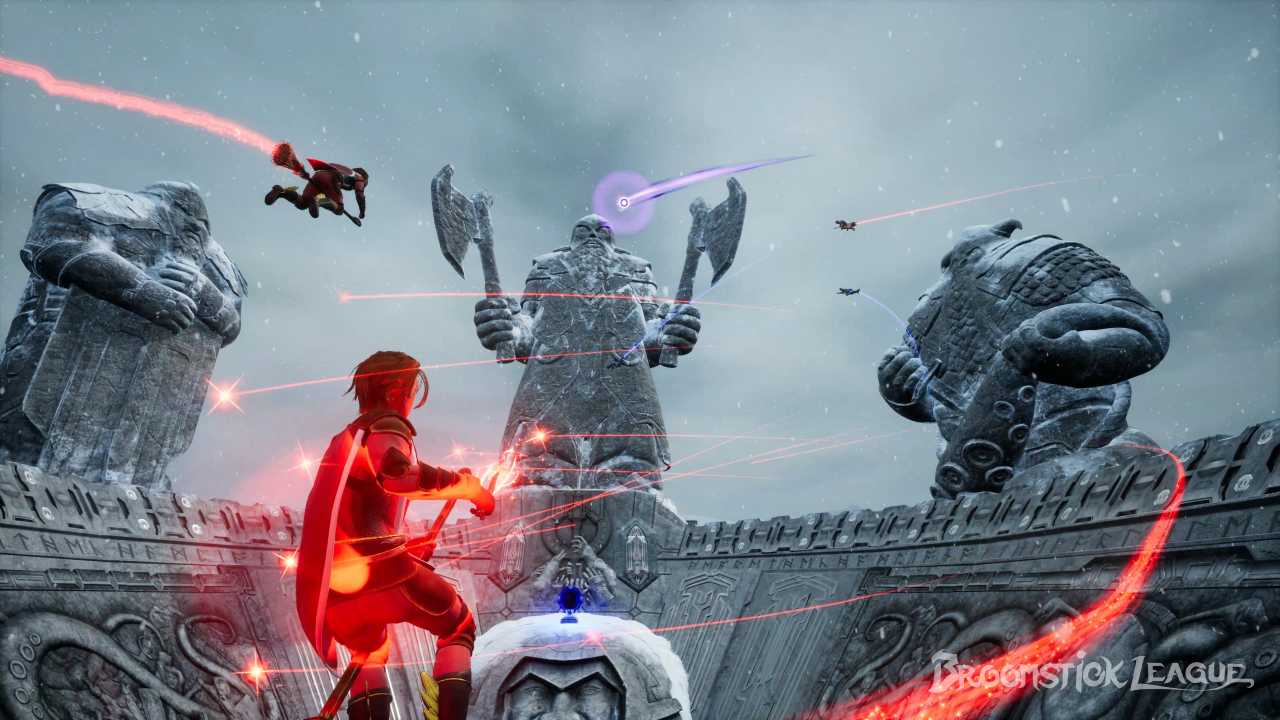 Broomstick League is a fast-paced fantasy sports title that plays similarly to Rocket League. While it clearly draws inspiration from Rocket League, it does enough to separate itself that it doesn’t feel like a blatant rip-off. Broomstick League is launching in early access and is understandably missing some features. However, even in this basic state, I think the core gameplay is fantastic!

Broomstick League is incredibly fast-paced. Flying through the air at incredible speeds on a broomstick is very satisfying. The game plays a lot like soccer with a basketball influence. The goal is smaller than soccer and offense relies a lot on passing and cutting as you would expect in basketball. On defense, you hound the person with the ball while others stay back to guard the goal and play passing lanes to block and get steals. 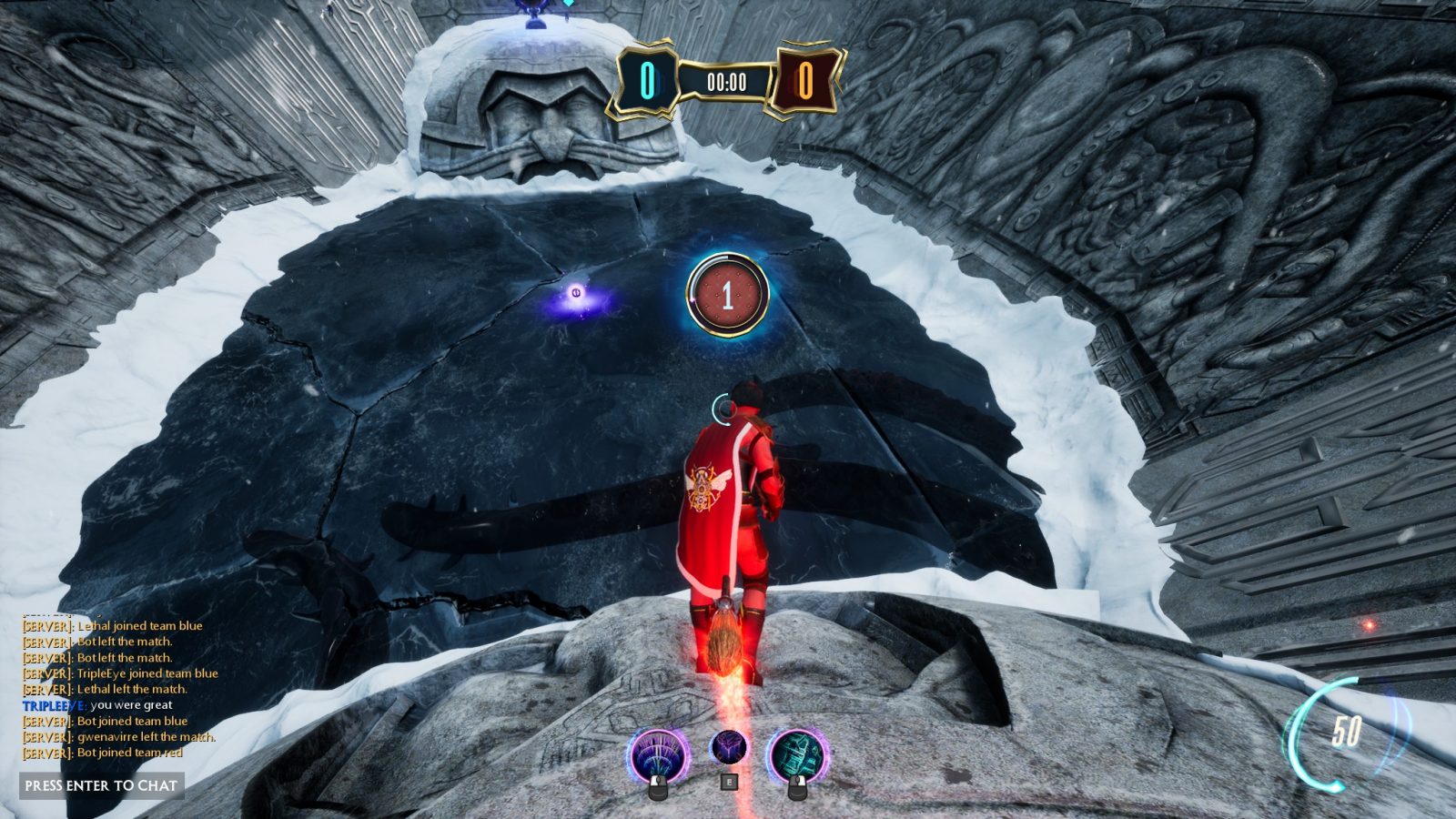 Maps aren’t bad, but they could use some more unique features.

Broomstick League isn’t just flying on a broomstick, it also brings magic into the mix! You have your blast spell which allows you to shoot the ball, knock it away, and blast it out of opponents’ hands. You also have a blink spell which allows you to teleport a short distance. This one is hard to use, but nothing is more satisfying than teleporting right to the ball to take off at great speed towards the opponent’s goal before they can prepare. You also have a spell that pulls the ball towards you, but it is kind of iffy on how well it works.

In fact, getting the ball in your hands is currently one of the hardest things to do in the game. Scoring a goal? Simple! Blocking? Piece of cake! Grabbing the ball? An impossible task that only leads to misery and pain. You can pick the ball up with the spell that pulls it towards you or by just running into it. The problem is that running into it currently only has about a 50% chance of you actually picking the ball up. Too often the whole game stalls as everyone is surrounding the ball just trying to pick it up. I hope this is fixed so the pace of the game remains fast.

One other very minor issue is that the hair colors aren’t accurate. I’ve never seen this before, but the black hair looks closer to white than black. I have no idea why, but it annoyed me. Just make the jet black hair black! If I wanted white, I would have chosen the white hair color. I’ll have to see how it is in the full game, but the character customization screen has some good options right now. It could use some more clothing options, but being able to choose different wands, outfits, broomsticks, emotes, emblems, and hair options allows for plenty of customization. They do still need to add facial hair, however. My characters never felt quite right without a beard. 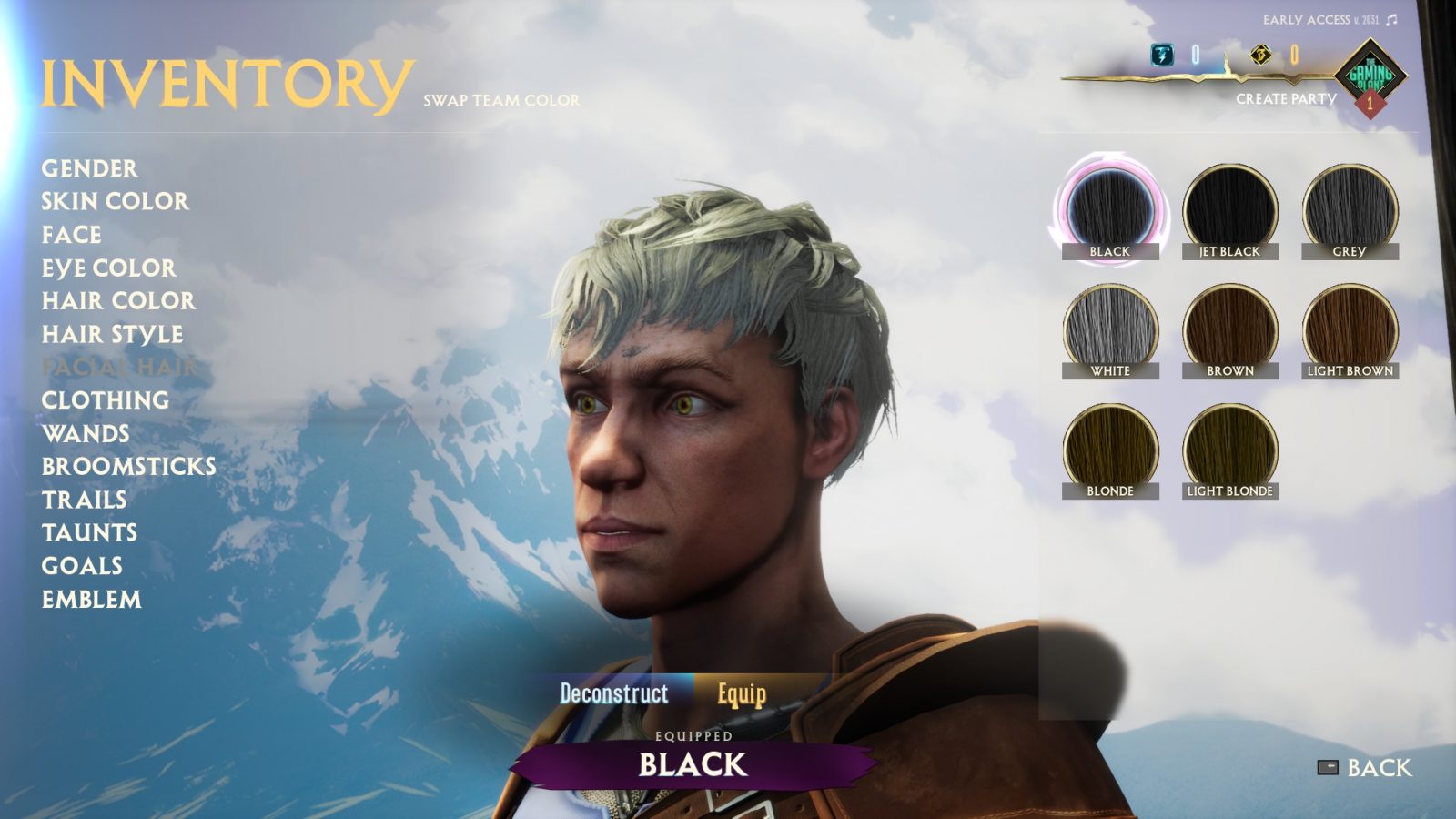 With the game set to release in Early Access on March 5th, I’m very excited to see how the game grows over time. Personally, I think they should focus on maps and game modes right now. The maps are all kind of the same right now even if they are aesthetically different. It would be really fun if there were some obstacles to avoid while flying about to spice things up a bit. It would also be nice if they had a unique game mode to keep players interested. The 3v3, 2v2, and 1v1 are all fine and dandy but there isn’t anything unique there.