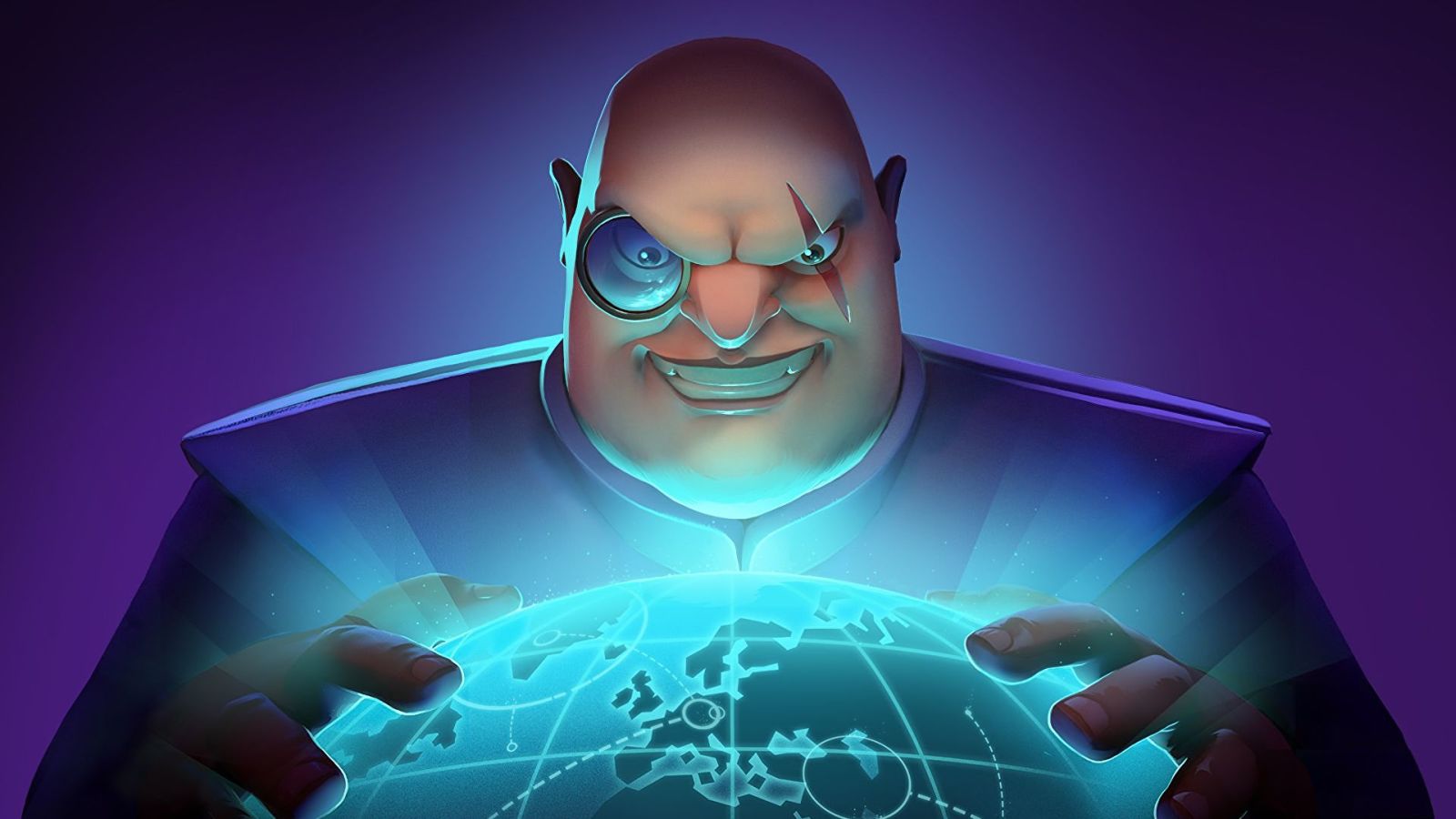 A lot of times when we press get access to a game early, it’s a tutorial level or a brief slice of the game that shows off the best features. There’s usually an hour or two of preview content to plumb and then you are left waiting with everyone else for the full game. I tell you all of this to say that I’ve already spent ten hours with the tutorial for Evil Genius 2, and yeah, it’s that good. Reviving a game from 2004 isn’t an easy task, but Rebellion is almost ready to make all of our evil little dreams come true. Let’s get into our secret lair and see what’s behind the evil Iron Curtain.

The demo, as I mentioned, is the tutorial level. We saw a very small portion of it in the recently-revealed gameplay video that you can check out below, but this quick look is the nearly-complete experience, taking quite a bit of time to complete. With only the short-in-stature Stavros Blofeld-inspired Maximillian playable, the demo walks you through the most basic of things such as zooming the camera and building rooms, but also lets you get into the nefarious business of running your own evil empire. Like its predecessor, you’ll start off with the simple things like hiring minions, giving them a place to sleep, powering your rooms, and setting up your radio network to begin your schemes for global domination.

With the basics nailed down, you’ll start to dive into more advanced rooms. Training rooms are useless without an expert to pass down knowledge, so get out there and kidnap somebody! Need a scientist? Your minions aren’t gonna step up and grab the beaker by the horns, kidnap one! Need your guards to be able to take more than a few bullets? Kidnap somebody that can take more bullets. I guess what I’m saying is your primary recruitment method is one part stuffing them into a windowless van with a bag on their head, and one part coercion in a less-than-comfy chair. With beefier guards, smarter minion scientists, and even trained valets to tackle your more clandestine customer service elements (more on that later), it’s time to start researching ways to keep do-gooders out of your face.

When somebody starts flying helicopters full of supplies and people to an abandoned casino island in the middle of nowhere, people start to notice. Start robbing nation states and flying crates of gold bricks back to the same deserted island and you’ll start to get agents of the Secret Agent variety. Obviously that’s hazardous to your burgeoning baddie business, so researching clever ways to keep them out is important. Whipping those scientists into action yields all sorts of wacky traps and diversions. From giant boxing gloves, bubble guns, and mysterious magnets that will yank those do-gooder good guys off their feet, there are a wealth of ways to slow them down, but what better way than running a super shady casino!

As your deserted island was once a Casino Royale sort of joint, there are scattered remnants of that failed gambling enterprise that can act as a front for your secret lair. Training (via a kidnaped valet to act as a trainer) a handful of valets will allow you to put a layer of minions between you and the good guys. Roulette tables, blackjack, and stage shows can act as distractions that’ll wear down a secret agent’s overall resolve. This means when they eventually do stumble into an area where they don’t belong, your team can subdue, interrogate, or even terminate them more easily. That said, running your evil empire takes a lot of gold, and fleecing hapless tourists who drop in on your island paradise can be lucrative, but it’s never enough.

Evil Genius 2 RELEASE TRAILER | Things You Might Have Missed

Heading to the world stage, it’s time to start expanding your influence. Using radio repeaters you can set up additional criminal networks from which to launch evil schemes. Committing some of your workers, you can launch schemes to pull in additional dollars, but heists draw attention. Running counter schemes to lower the heat will keep the attention down, and tipping the scale can lock down a whole area for a period of time. Upgrading your remote bases will help manage that heat, grant you some passive income, and provide even more lucrative opportunities. Bigger heists can be very risky for your minions, so be mindful that some of them just might never come back. But hey…they are minions — you can always recruit more.

Back at base, you might need to keep your minions at least moderately happy or they won’t be able to get anything done. Kitchens will keep them fed, TVs with circular couches will keep them pacified, and uncomfortable cots bolted to the wall will allow them to sleep. There are sixteen different room types to keep your weaklings busy in between interrogations, stacking gold, or manning their monitors. To help them stay focused, however, Rebellion has a new ace up their sleeve.

As the demo progresses you’ll eventually unlock a bunch of décor items. More than just cosmetic items, these offer small bonuses to the working environment. Not unlike the pictures you can put on the wall in one of my other favorites, Two Point Hospital, these add to the aesthetics of your evil sanctum, but they will make your peons happier with their lot in life.

Once you’ve established your evil empire, it’s time to share the load — nobody should have to watch these peons on their own! Recruiting a henchman is a tough choice as this person will be your second in command, and will help you protect your base. There are a number of them to choose from, and you’ll only be able to support one in the beginning, so you’ll want to choose wisely. Each minion has their own powers, as do you of course, so picking a partner in crime that compliments you is crucial.

Mini-me, you complete me

There are a few features that I was looking forward to but didn’t get to try. In the original game you were stuck on a ranch-style evil lair on a single floor. Here in the sequel we get to not only put in an evil basement, but also up to five evil floors full of evil. The tutorial only lets you play on the first floor, but seeing the research tree and the giant gaping hole in my base makes me eager to install a secret volcano heating / good-guy-disposal system that spans all five floors. Similarly, this first tutorial doesn’t give us a look at the doomsday devices, the other three super villains, or being able to utilize the famous landmarks in new and crazy ways. It gives us a lot to look forward to when the full game is released.

With this first taste of the game I can already see that I’m going to be completely and entirely hooked. Fighting the forces of good feels completely fresh and new in Evil Genius 2. With all fresh ways to fry up do-gooders, and all of the great new features awaiting us in the full game, you can bet that I’m steepling my hands and growing out my evil goatee in preparation.

You can practice your evil laugh until March 30th, 2021 when Evil Genius 2 is released on Steam.