Goblins, Kobolds, demons, and owl bears can make for excellent adversaries in the one vs many combat that is Dungeons and Dragons. But, what about player vs player? Well, sure, you can do that. Would it be fair? Not when you roll a one and your opponent rolls a 20. Would it be competitive? Ehhhhhhh… it would certainly be hard to balance. What about quick and easy to set up and play? I wouldn’t call creating ten new characters quick or easy. All in all, it’s safe to say D&D is not well suited for player vs player combat. Thankfully, one of the games we previewed at Gen Con today attempts to solve these issues! 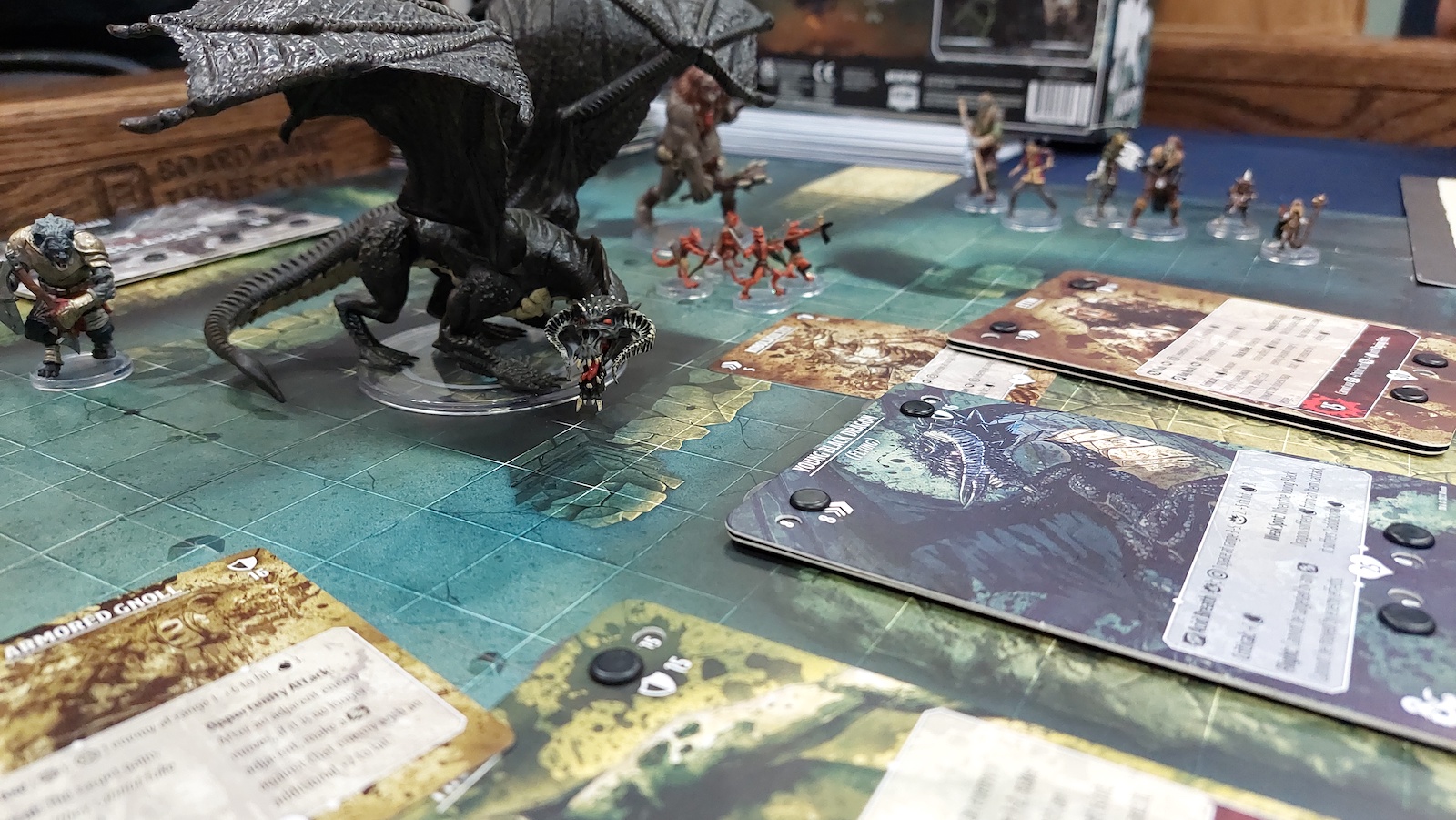 Dungeons and Dragons Onslaught from Wizkids games merges the classic D&D combat system to a boardgame format. Two players battle head to head, each controlling a party of 5 characters representing one of several factions to choose from. Every character even has their own mini! The goal of Dungeons and Dragons Onslaught is to wipe out your opponent’s party, win with the most victory points, or possibly much more! Onslaught comes with several unique scenarios and a whole bunch of other stuff we didn’t get to see! We only had the privilege of witnessing Wizkidz’s preview version of Onslaught, in which each player fought using two characters instead of five. Fortunately, the preview was more than enough to get a close look at how Onslaught adapts the Dungeons and Dragons combat system to a boardgame format. 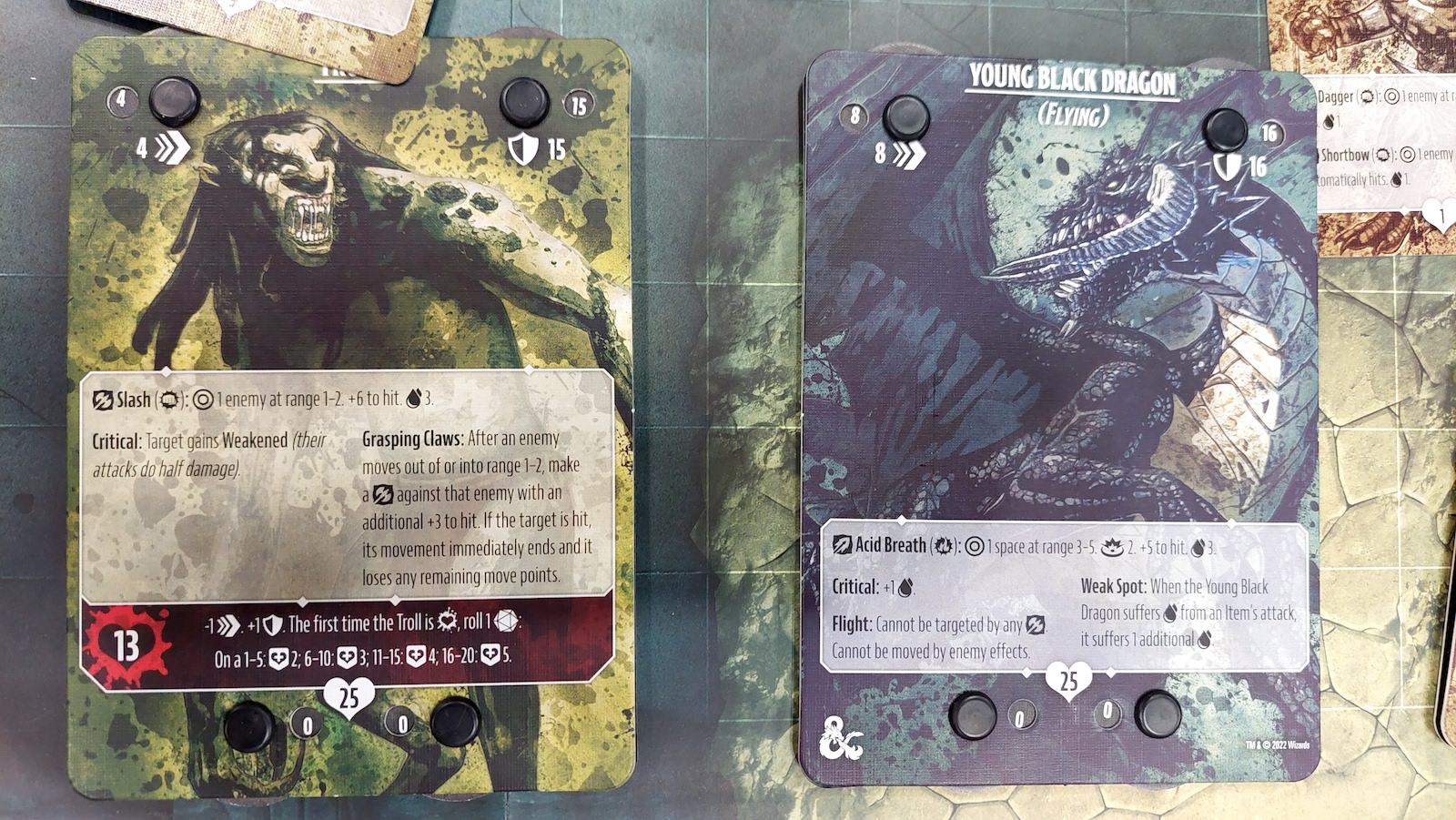 During a player’s turn they have one standard action, one bonus action, and one move action. Standard actions are used to make attacks or activate abilities, bonus actions have a variety of uses including picking up items or looting chests, and move actions are for… moving! Each character has unique abilities, traits, and level up bonuses. Xp is collected in various ways like making successful attacks or looting chests, and once enough xp is collected, around 5 or so, a character levels up and selects one of two possible upgrades. In onslaught, characters only level up once. Just like D&D, each character has an armor class and makes attack rolls. Unlike D&D, attack rolls are always made using two d20’s. Yep, ya got permanent advantage. Interestingly, if a one is rolled on either die, the attack automatically fails, unless the other die is a twenty. Also unlike D&D, damage is fixed and not rolled for. 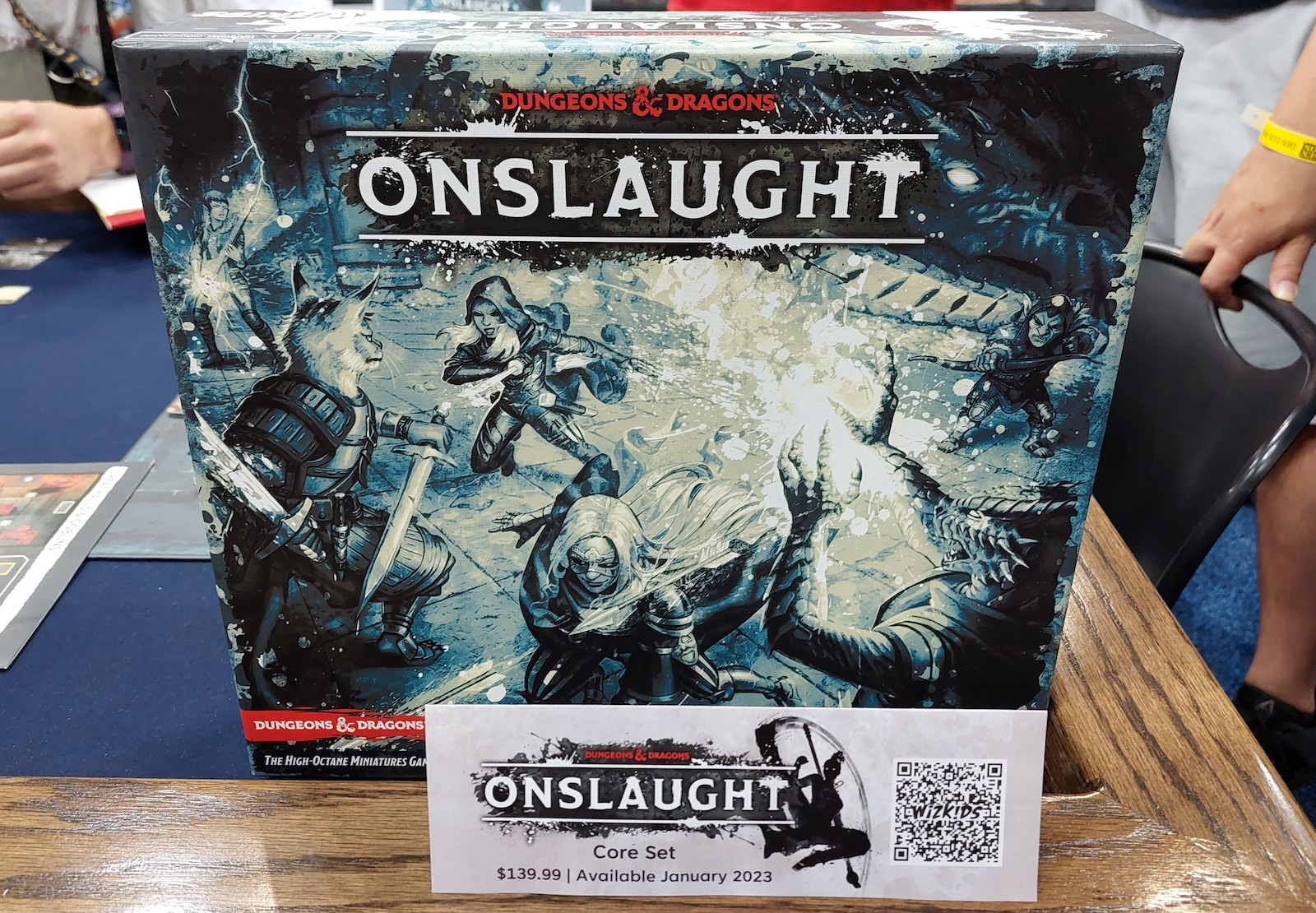 I love the system WizKids has crafted for Onslaught and I’m excited to see what they’ll do with it in the full box! Expect it to be available in January 2023! Fun little story, when I was first getting into boardgames, I was also actively looking for D&D groups and I often had to choose whether to play D&D or boardgames on a given day. Many people told me I couldn’t do both, only one. Well look who’s laughing now, chumps!! Ahhahahahahah!