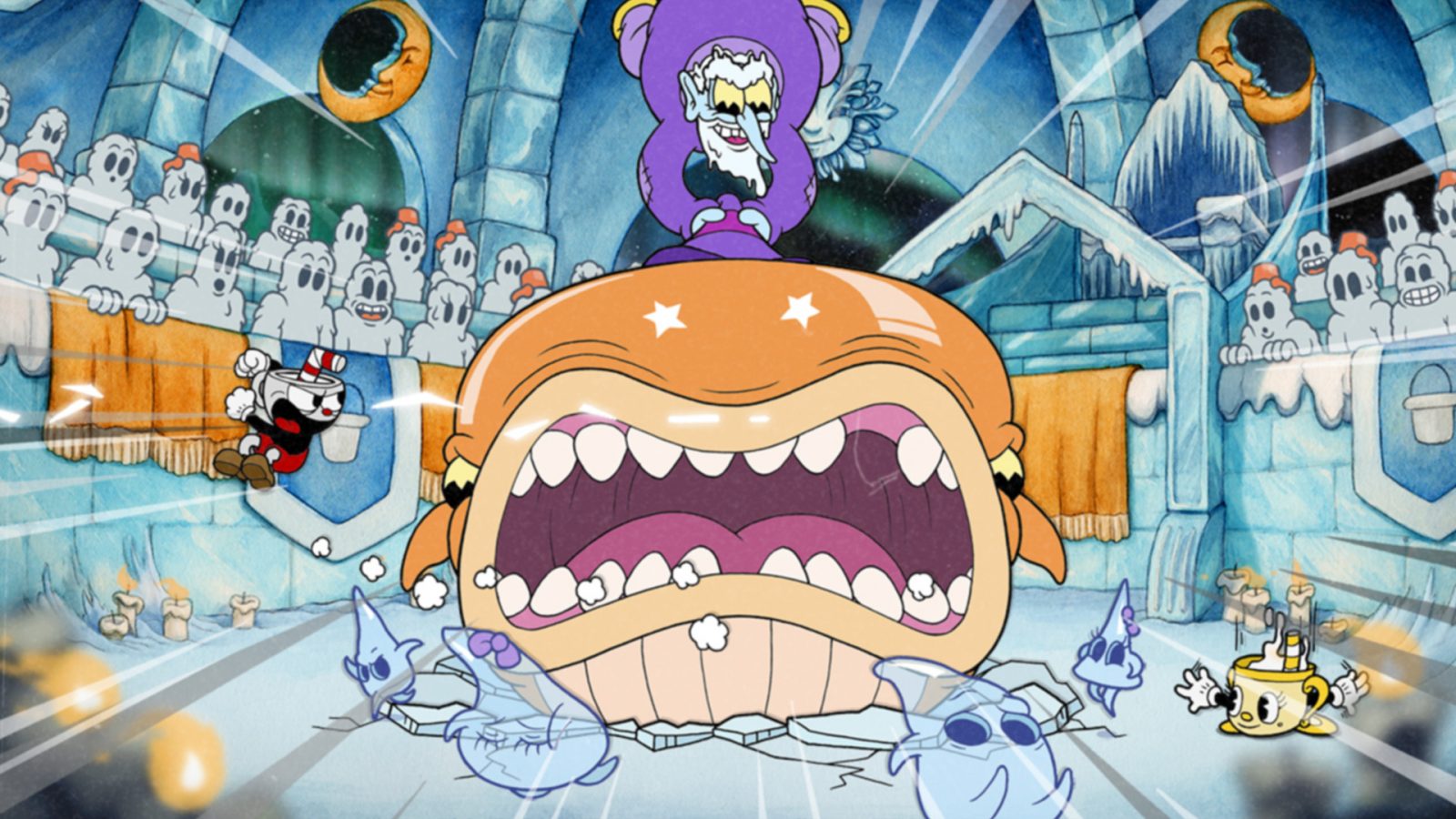 It’s been a long wait for Cuphead’s DLC, The Delicious Last Course, but it’s just around the corner. I got the chance to battle one of the new bosses before release, so without further ado, let’s WALLOP!

Snow Cult is a frosty looking wizard whom you battle in three stages. Before we get into the boss himself, let’s talk about Ms. Chalice. While I couldn’t choose my build in the demo, Mugman came equipped with the Astral Cookie so he automatically swapped for Ms. Chalice at the start of the battle. She doesn’t play too differently from the boys, but I really appreciated the small ways in which her playstyle varies. Instead of the usual 3 HP, she starts with 4 HP which is invaluable for such a difficult game. She can also double jump and roll when crouching, and her dash automatically parries pink projectiles. It took a bit for me to get used to, but her moves make narrowly avoiding attacks just a little easier once you grasp the full breadth of her abilities.

Now onto the boss. In his first phase, Snow cult hovers just above the arena throwing down ice cube minions and occasionally turning his hat into a whale to hit the ground. The homing shot is invaluable here, letting you focus on dodging his assault while continuously doing damage. After a while, he’ll become encased in a snow abomination and drop to the ground. 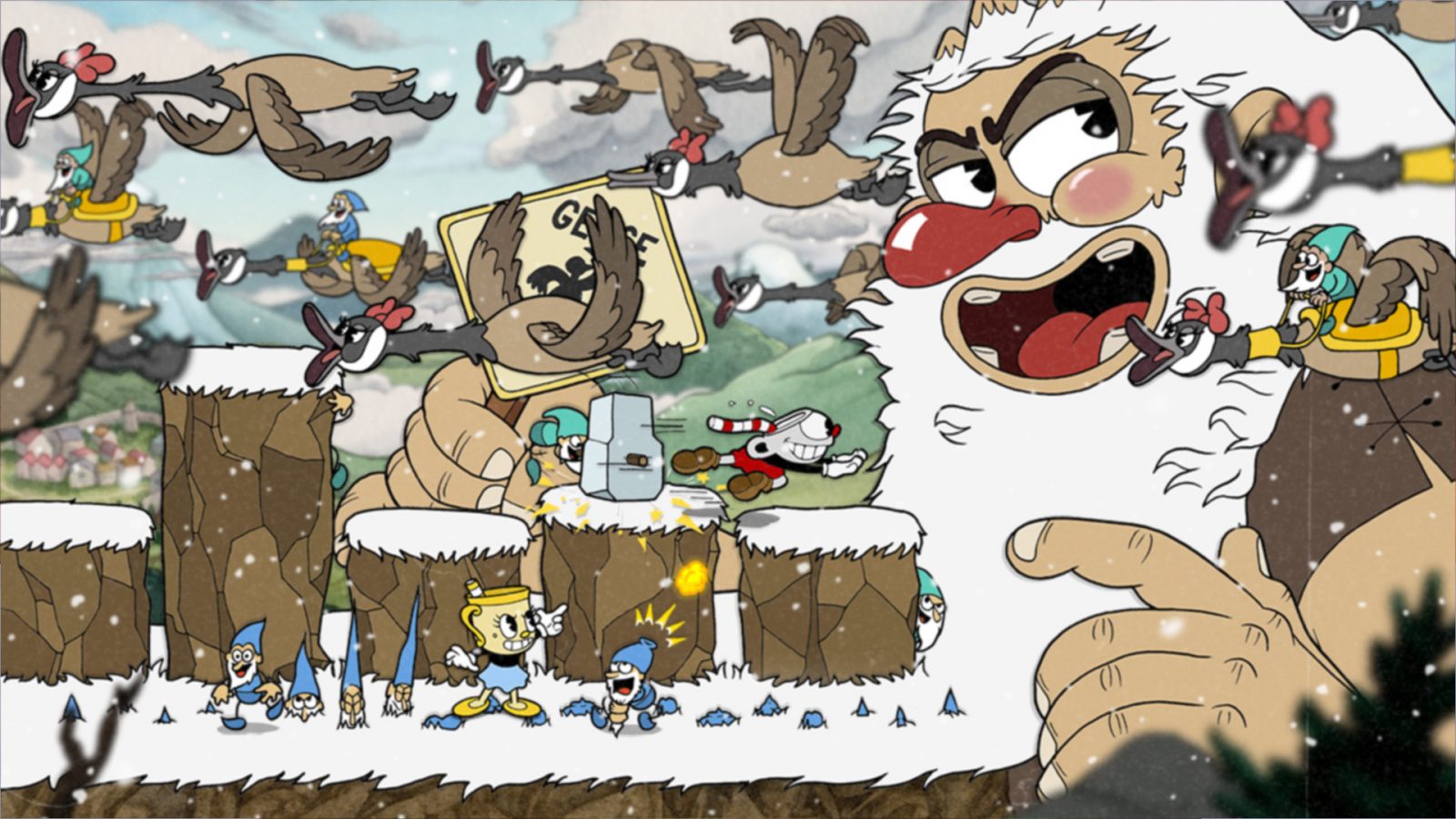 In this phase he gets a little more in your face, summoning swords from the ground to pierce you and occasionally rolling or jumping to the other side of the arena. In addition, he can also become a refrigerator to shoot out ice cream planes, which will dive bomb you after a short time, and ice cubes which will break into two and bounce after hitting the ground. This phase is a lot harder, the double jump is a must for some attacks, but once you get the pattern down you can really do some damage with a more powerful shot without homing.

As soon as phase three begins, some pie platforms will appear leading into the sky. If you’re not quick to jump on them immediately, you will be killed by screen scroll so once again the double jump is a necessity. Once you’re in the air above the arena, Snow Cult becomes a snowflake on the left or right side of the now rotating platforms. His attacks here focus on forcing you to constantly move around, such as firing one of his eyeballs which will fire electric beams vertically in specific intervals as it boomerangs around. He’ll also shoot buckets out of a door below his face, which explode into three moons once they hit the edge of the screen. Finally, he can summon four ice cream cones to criss-cross the stage as well as send a spirit to encircle the platforms. 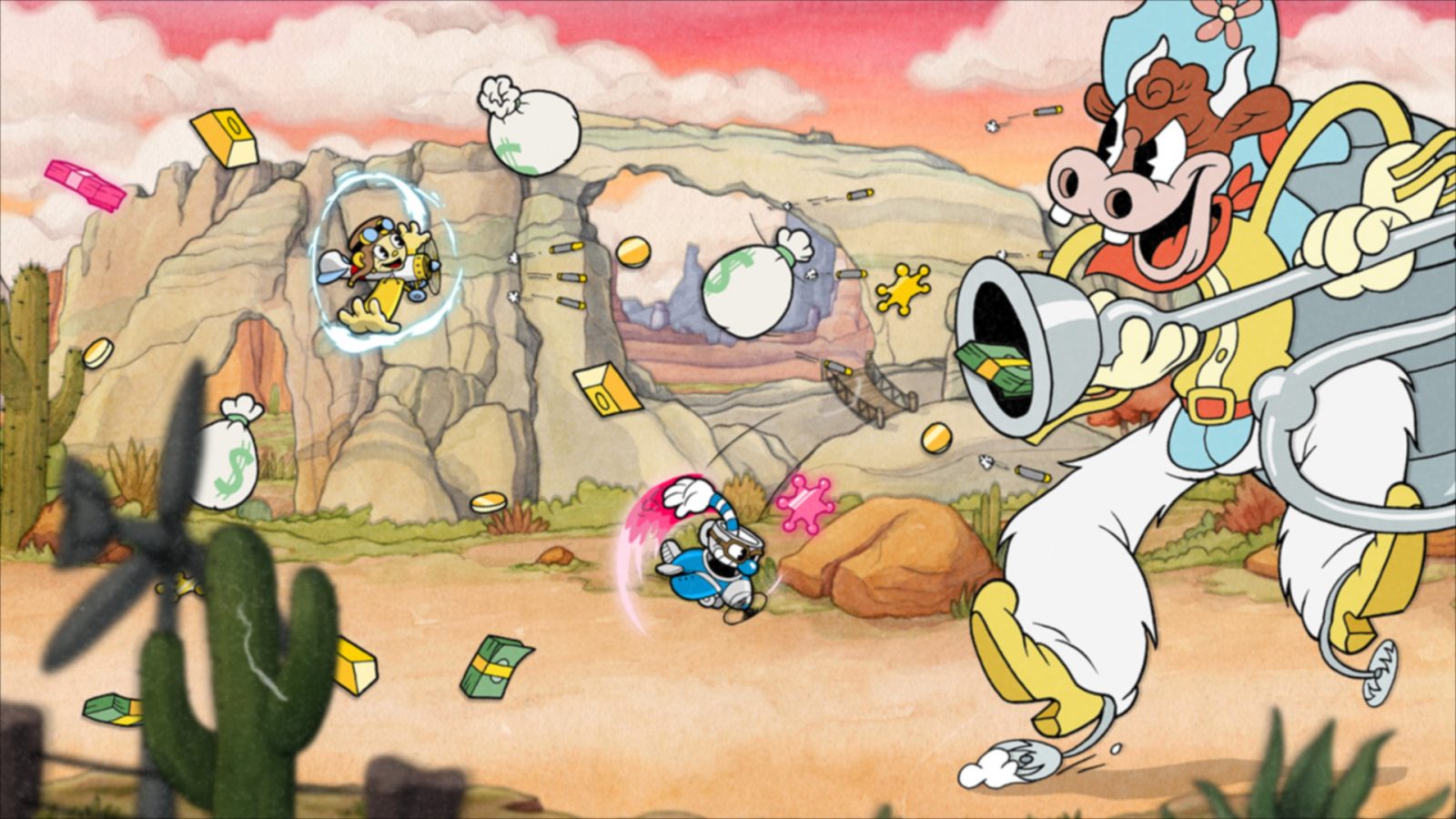 This was the hardest phase for me as there’s just a lot going on and I tended to make the most mistakes on phase two, so I had less health here. After about 20 minutes of trying over and over, I eventually beat him though. As you would expect from Cuphead, Snow Cult is a very charming and creatively designed character with gorgeous animations and some great puns on the Death Card. I’d say the difficulty is around the median of bosses in the main game – harder than those at the beginning, but not nearly as brutal as those closer to the finale – striking a nice middle ground. Of course, that will probably change depending on who you play as, but it makes me excited to see the rest of what will come in the Delicious Last Course.