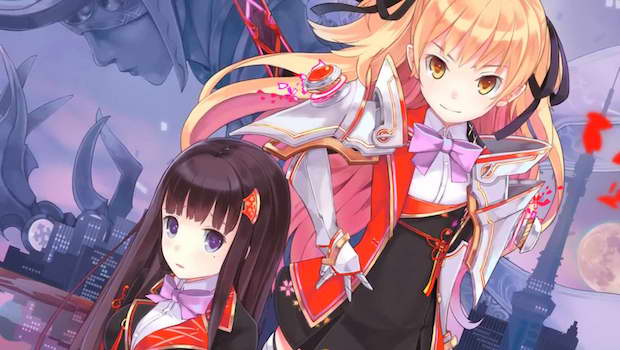 My first hour with Operation Abyss was spent lazily reading over screen after screen of text, trying to best absorb the heavy amounts of info dumped at the outset of the game. My first dungeon was similar, trouncing enemy after enemy until I reached the correct square in the grid and won the mission, then retraced my steps back.

By the second hour, I was panicking. My squad, once invincible, was now falling one-by-one to unidentifiable enemies. Frantically trying to retrace my steps, I was gauging the cost-benefit ratio of every encounter – getting tied up in a fight meant rewards, but also the possibility of losing more teammates and spawning more enemies. It was my hubris come to fruition, and with every step forward, I gambled complete failure in having my entire team perish in the Abyss.

Some units can only attack on the frontlines, but that also puts them in reach of the enemy.

Those are the moments where Operation Abyss: New Tokyo Legacy shine brightest, but I often encountered more of the former than the latter. Moments of exciting exploration and combat punctuate the hum-drum team management and plodding storyline.

There is no specific player character but rather an entire squad, dubbed Abyss Company. Your team is a rag-tag bunch of high schoolers who have the ability to use Code powers to fight monsters in the many Abysses that form around Tokyo.

Keeping an even balance of roles in your party is key

Plot-wise, it doesn’t get much more intriguing than that. There’s a whole lot of lore and universe-building dialogue to digest, but most of it serves one of two purposes: comedic relief, or to point you at a new dungeon to crawl.

And crawl you shall, as Operation Abyss is strongest when you’re exploring a new area for the first time. While overworld tasks are completed in a series of menus and backdrops, Abyss exploration takes place in a classic first-person RPG style quite reminiscent of Legend of Grimrock.

Having a utility role in your party comes in handy – hidden routes in the Abyss can save your team.

Missions such as finding certain areas or killing Wanted Variants (high-level baddies) must be completed to earn materials and experience for your team. The Abyss, the game’s jargon for dungeons, is deep and threatening, and will not yield treasure so easily. Utilizing your team’s strengths, and planning not just for the battle but for the whole expedition, is how a savvy player will survive the Abyss.

One of my favorite things about Operation Abyss is how each member of your team plays a unique yet essential role. I chose to let the game default my classes and randomize appearances and personal information, but there’s a significant amount of customization available, either for those who like a certain playstyle or who want a challenge. Be warned, however: building a party full of magic-users will make for a difficult start.

Sometimes it’s better to run from a fight than try to hold your ground.

There’s more than just mages and warriors, however. My initial party consisted of a tank, two warriors (each wielding different kinds of weapons and skillsets), a healer, a mage, and a utility caster. The last member was especially interesting, as they served a very unique role – while not an offensive powerhouse, my utility role helped to identify hidden rooms, analyze enemies during fights, and remove traps from chips and materials found in the Abyss.

There’s a lot of stats and numbers to pore over, and they’re not always clearly presented.

Developer Experience Inc. might already be familiar to Vita-owning RPG fans, as another one of their titles Demon Gaze was a sleeper hit for the handheld last year. Many of the same gameplay elements make a return, albeit cyberpunk-fantasy rather than fairy-tale-fantasy, so those who enjoyed Demon Gaze and wanted more will find more than their fill with Operation Abyss.

While not always a thrilling ride, I was definitely happy with my first impressions of Operation Abyss: New Tokyo Legacy. A promising follow-up to Demon Gaze, it looks like Vita owners will have another solid dungeon-crawler to sink hour-upon-hour into come June. Keep an eye here for more news and our full review as release approaches.