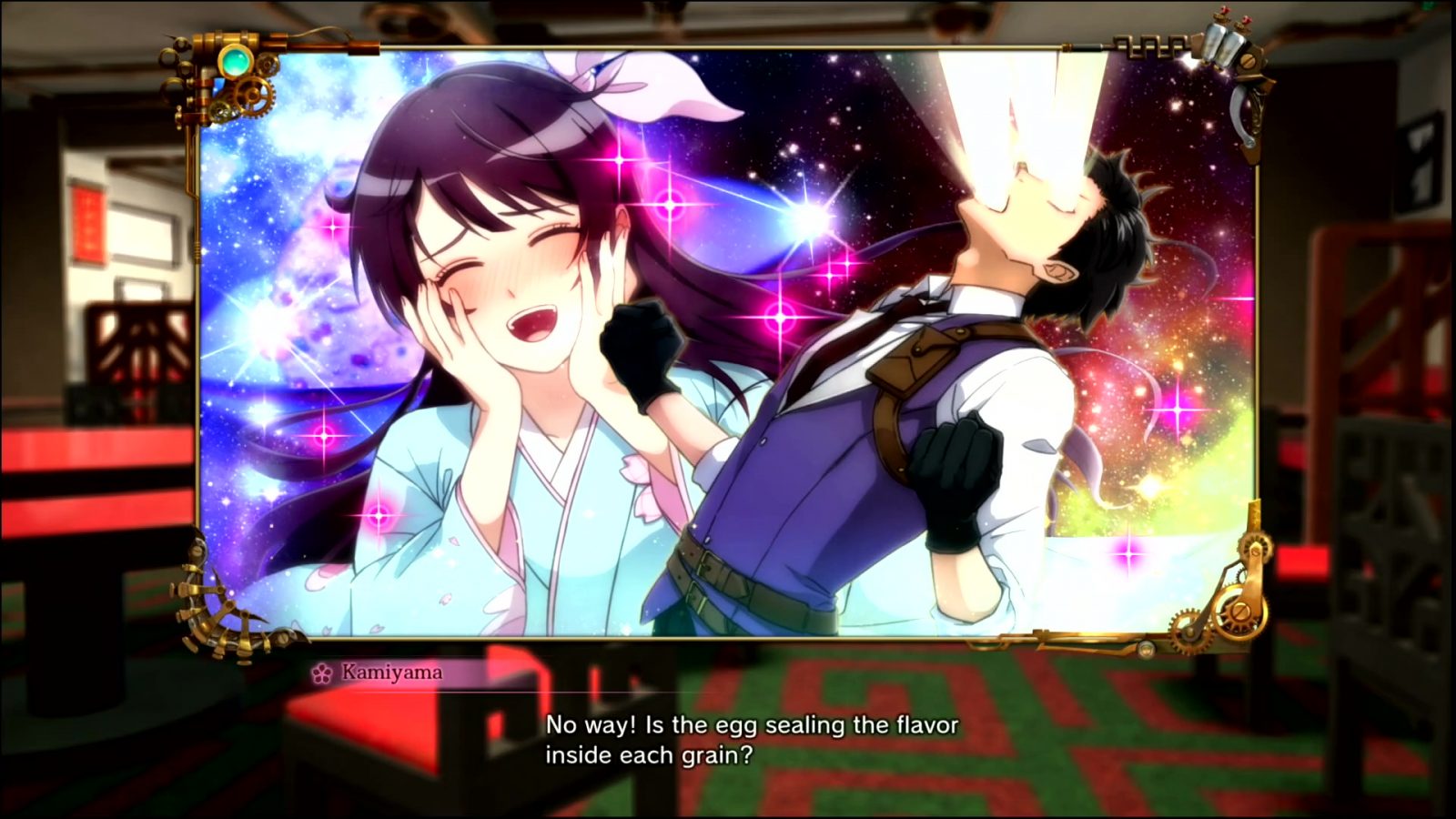 Some people dream of being a famous actor, some people dream of piloting a giant robot, and some dare to dream of doing both at the same time. And that’s exactly what you’ll be doing in Sakura Wars, a soft reboot of the long running series. You’ll take on the role of captain of the Imperial Combat Revue as you guide them to becoming better actors and fighters, and perhaps even ignite the flames of romance.

Sakura Wars is split into two distinct game modes: Adventure and Combat. I’m only in Chapter 3 so far, and most of my time has been spent in Adventure mode, so let’s go over that first. You’ll explore the Imperial Theater where your troupe is based as well as the greater Ginza area of Tokyo, interact with your allies, do side quests, and engage in anime hijinks. Events can range from helping write your next play to accidentally walking in on a coworker’s more private moments. While I enjoy the scenes that play into the management aspect of the game more than the “sexy misunderstandings” that some interactions become, Adventure mode is a largely enjoyable experience. Most dialogue is well written and voiced by some very talented Japanese voice actors, the music combines a big band style with traditional Japanese instruments, oh and it’s jaw dropping to look at too. Environments and some characters take the typical anime style and move just a smidge towards realism which gives the game a very unique look. Frequently while playing I found myself just staring at the gorgeous lighting or real time reflections. A few of the characters, mostly the women, don’t share these more realistic proportions unfortunately and can look very out of place. For example, Kamiyama, the main character, looks like he belongs in this steampunk world while Clarissa appears to be straight out of the non-existent Dark Cloud 3. 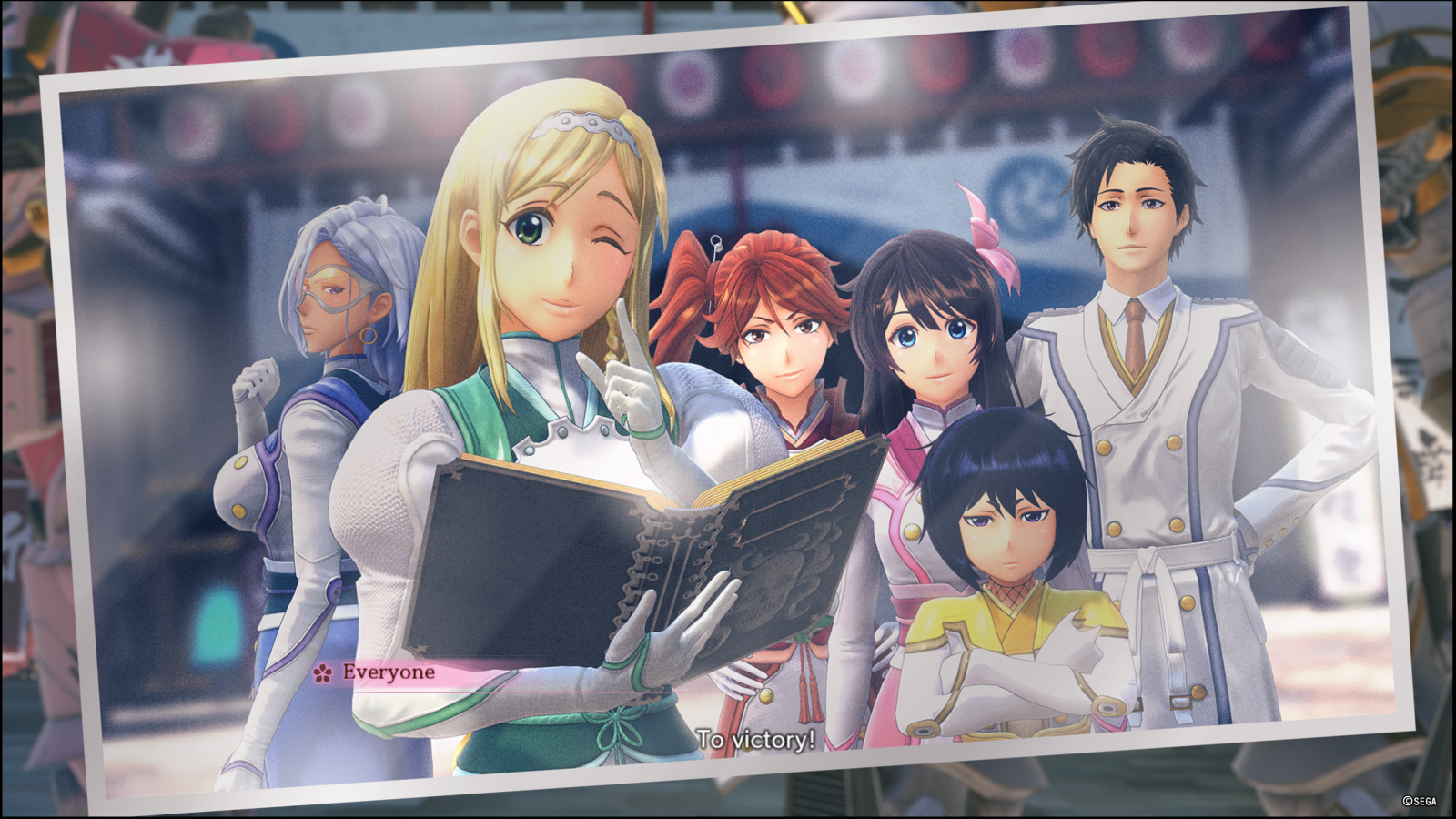 When the time comes to defend Tokyo from the demon menace, you’ll board your mech and engage the enemy. During these sequences, you’ll usually play as Kamiyama accompanied by one other member of the Revue who you can switch to at any time. Each character has a unique fighting style which is easy to grasp thanks to the simple controls. You press Circle for consecutive light attacks and can transition your combo into a number of finishers dependent on the number of hits at any time using the Triangle button. As you fight, you’ll also build up a meter for a special attack that’s performed with the Square button. Where Adventure mode and Combat mode intersect is with the Morale gauge. The closer you grow to your friends, the higher their morale grows and the higher their morale is, the better they’ll perform in combat with increased stats. You can raise Morale greatly in Adventure mode, but you can also raise it in combat by defeating enemies quickly, not getting hit, and generally fighting well. High morale can mean the difference between some fights being wars of attrition or cake walks, so choose your words and actions wisely. 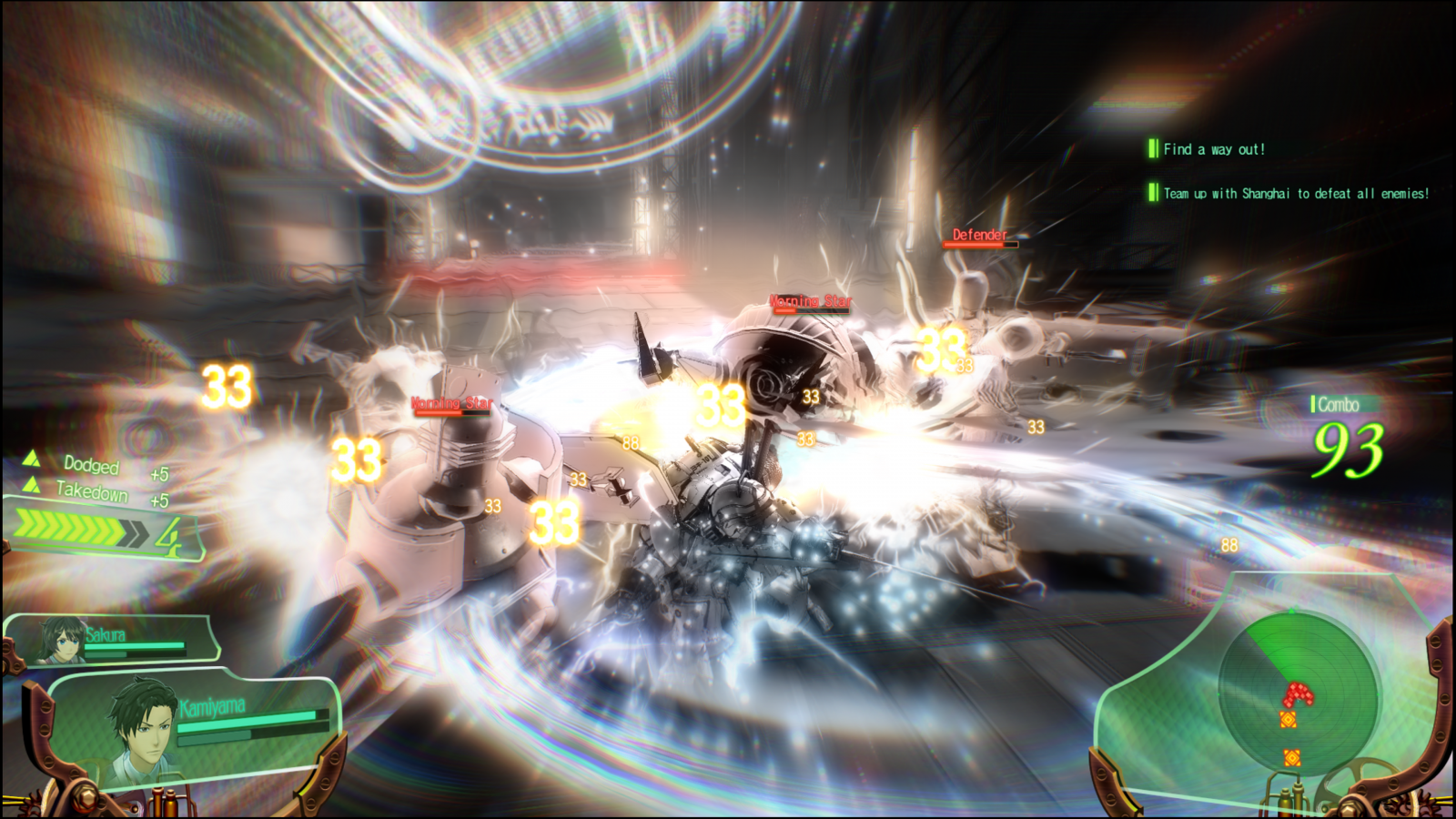 Overall, I’m really enjoying my time with Sakura Wars. I’ve never played a game in the series before, so this soft reboot is the perfect place to jump in. It’s still early on, but I’m excited to learn more about the story and characters. Check back on Gaming Trend for our full review soon.