We all expected Season 5 to bring about the biggest changes to Modern Warfare, Warzone, and the plethora of multiplayer options available, and Infinity Ward didn’t disappoint.  With new weapons, characters, loadouts, skins, trials, and maps that bring a dynamic approach to warfare, Season five brings more of what we love about the series and amplifies it.

One of the first major additions I noticed when I dropped into a game of Warzone was the massive stadium complex.  Trust me, it’s not hard to miss when you’re plummeting to the ground from thousands of feet in the air. When you’ve taken point on this massive acropolis, not only does it give a great view of the sprawling war taking place on the grounds below you, but its innards can be accessed and used to draw your enemies in as everyone is interested to take the fight inside.  Once I popped my chute and dropped down in a nice hiding spot, I got to see the new stadium in all its splendor.  The massive playing field is covered in military gear and aid equipment.  What’s great about its level of detail is that you can hide amongst the seats, go to where the concession stands would be, and even go below the stadium to a parking garage.  This makes it a haven for sneaky gunners to hide and fire quick pop-shots out of nowhere. 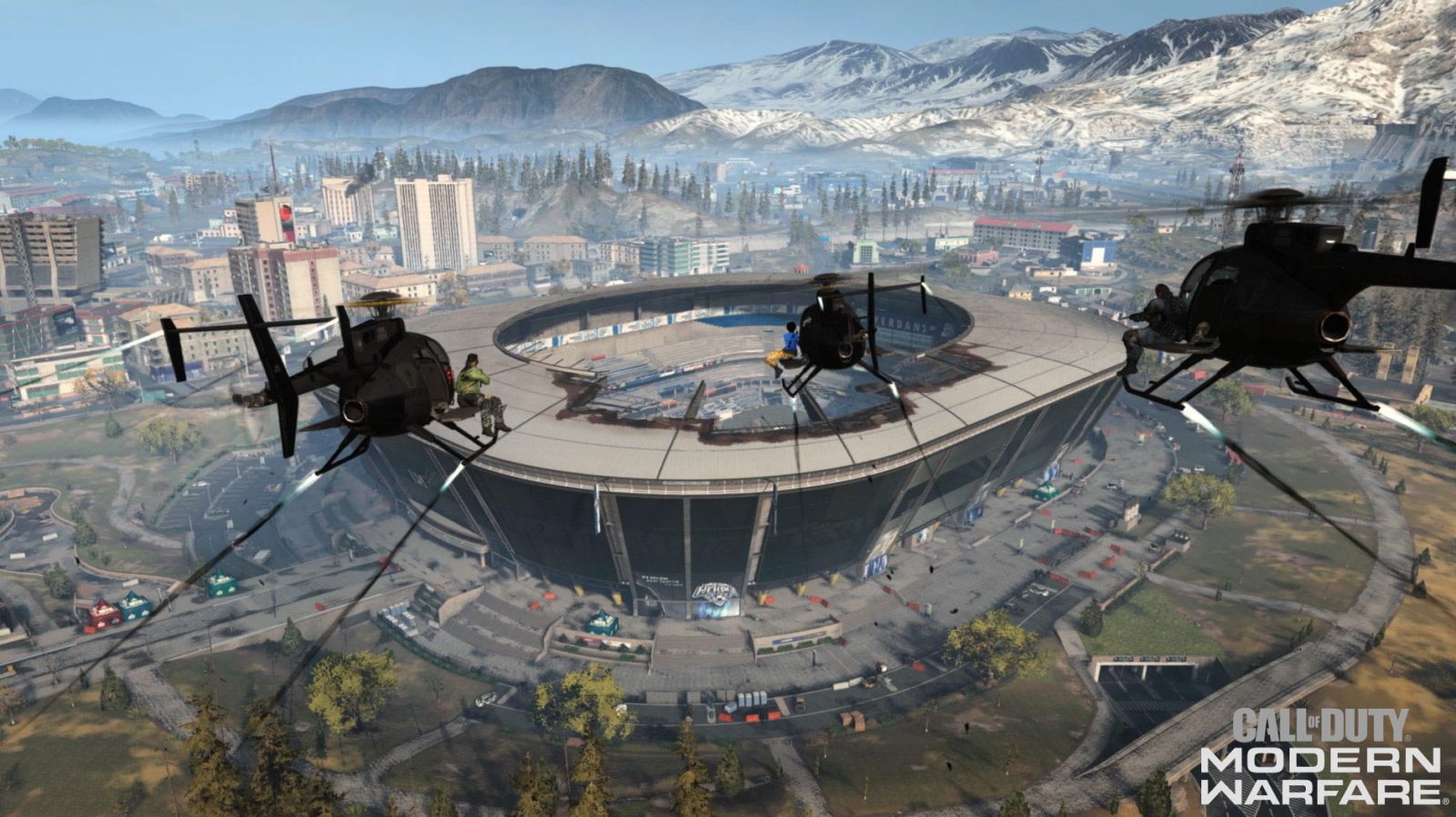 Leave it all on the field.

Modern Warfare also gets new maps added in the Season 5 update.  Oil Rig, Harbor 24/7, and Livestock, and Verdansk International Airport (VIA) will force you to approach combat and survival in a different way.  Each of these maps mix things up and are accessible depending on which mode you play.  Just like the large stadium, there’s another large update that comes to the Operators options.  Lerch, a new character in the Operator’s option brings new tactical options and abilities to the game, much like other Operators that have been added.  Unfortunately, he can only be accessed through purchasing the Battle Pass.

Now, wanting to try out all of the new areas and new add-ons in the game, In Verdansk, a train that’s pulling a bunch of trailing cars constantly loops around a small part of the city.  You can board the train by running alongside it and jumping on, dropping in on it, and a few other ways, but I wouldn’t recommend playing chicken in front of it.  What’s great is that the train moves slow enough for you to board and go prone and survey the area.  But be warned, doing this makes you a sitting duck for anyone trainspotting.  Though I was hiding in a prone position, someone ran beside the train and ended my free ride rather quickly. 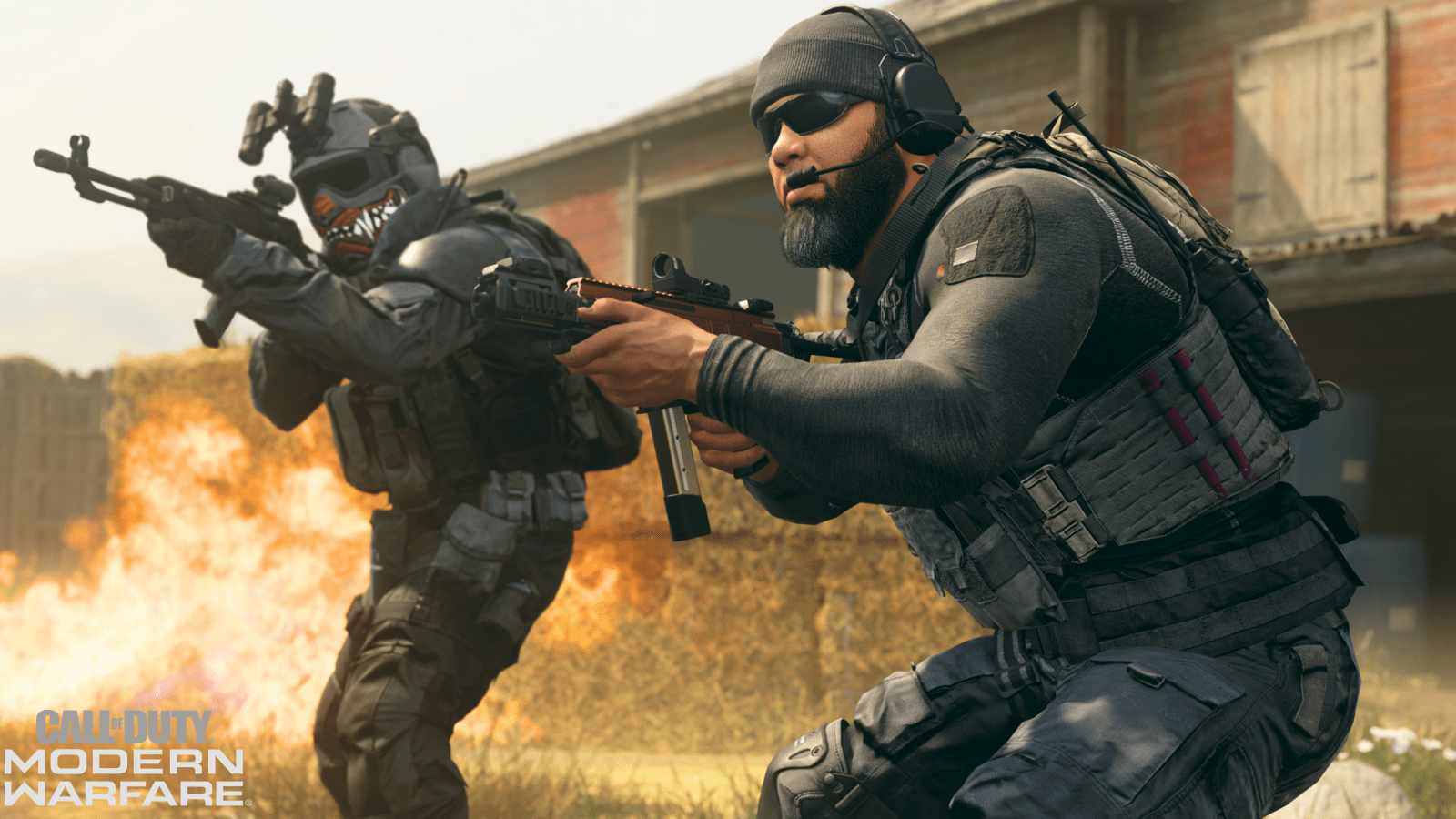 As someone who predominantly played Battle Royale, it was good to see a smaller and more accessible version make its way into Season 5.  Mini Royale is taking the Battle Royale mode and jamming it into a condensed area of Verdansk, making for frantic and fast-paced warfare.  I found that staying on the move and choosing the right weapons for this mode is key to survival.  Speaking of loadouts and guns, Season 5 brings a plethora of new weapons and skins to your loadout menu.  Weapons like the AN-94, ISO SMG, and more will be free with the Battle Pass.

Along with this update are a number of trails that can be accessed at the main menu.  The Gun Course is set up for you to make your way through the course as fast as you can while clearing all enemies.  Risky Parkour has you clearing checkpoints while avoiding the incoming gas.  Price’s Alley allows you to practice your knife throwing skills.  Shooting range puts your hand-eye coordination to the test by taking down targets while conserving ammo.  Behind Enemy Lines is a live fire exercise where you have to eliminate the A.O. as fast as humanly possible.  Quad race puts you on wheels and lets you lap through flare gates.  Lastly, Marksman Challenge tests how far you can shoot accurately. 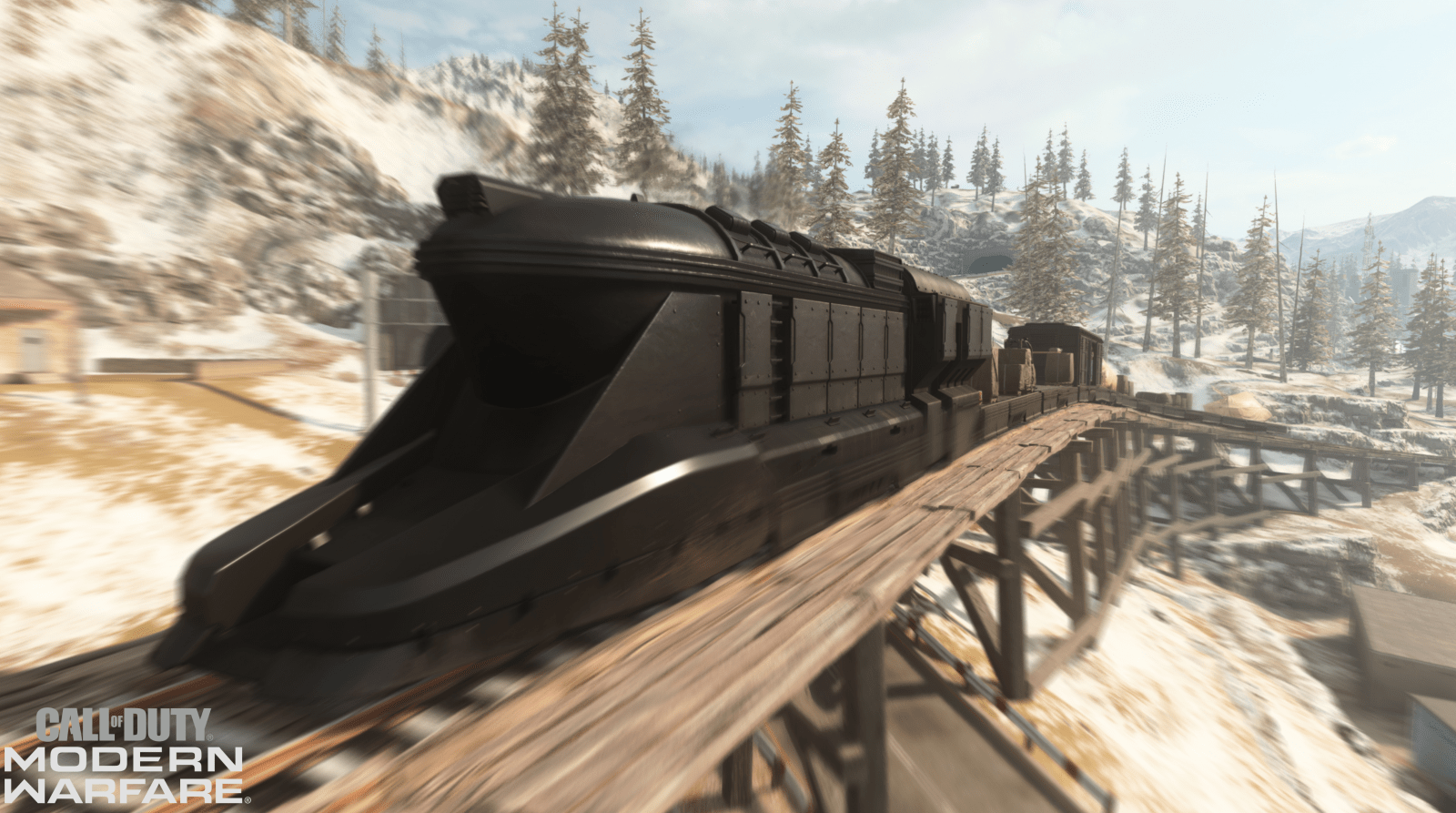 There’s also a bit of housekeeping done in this new update.  Bug fixes for the campaign, multiplayer, Warzone, weapons, ammo glitches, and more have been addressed.  Season 5 brings an abundance of new game modes, characters, skins, Battle Pass unlockables, weapons, and locations for you to set your sights on being the last p.erson standing. We can’t wait to see what the game pulls off next.  For the list of the most recent patch notes, check out infinityward.com.