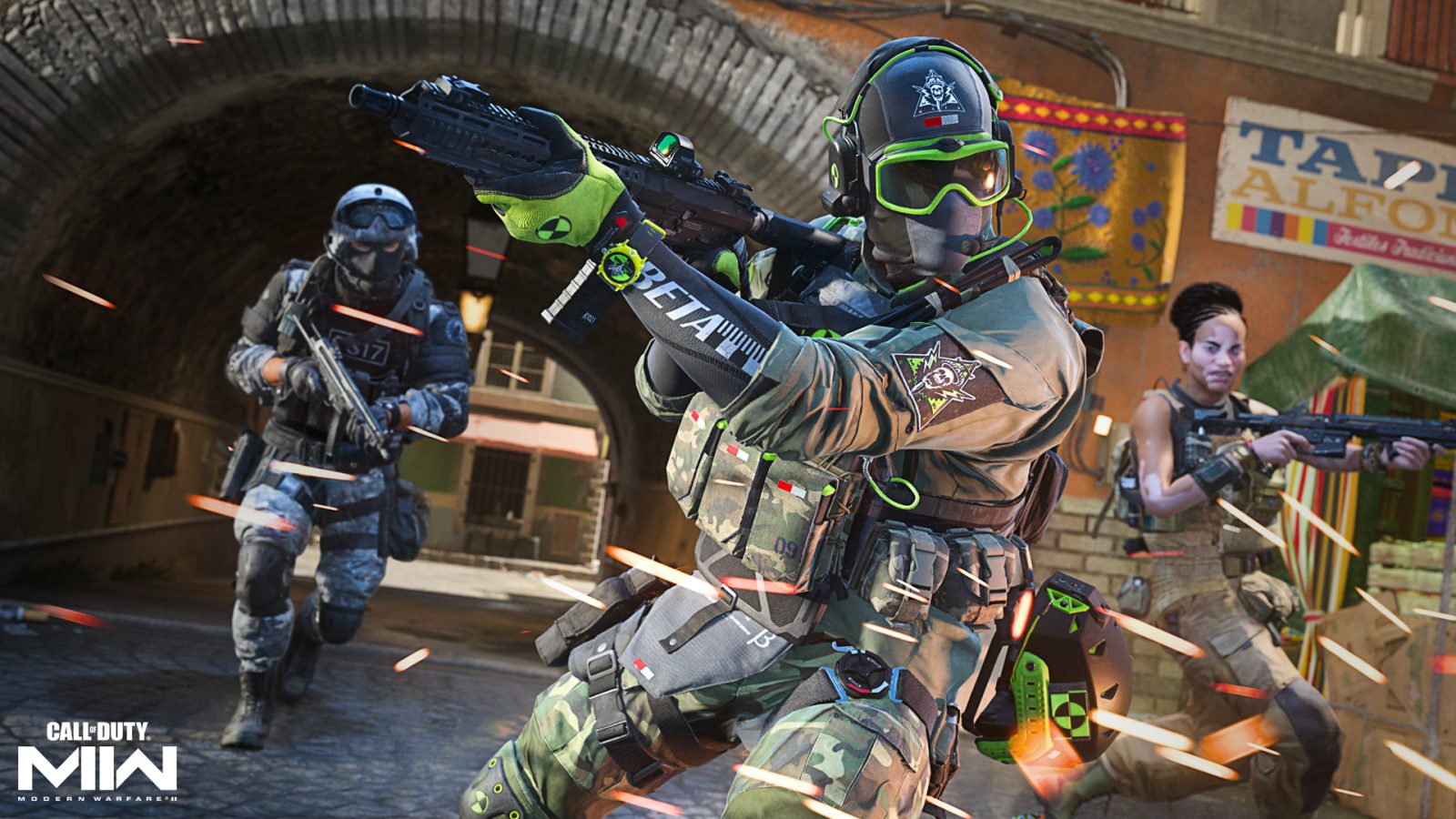 Those who know me know I play a lot of Call Of Duty multiplayer. Honestly, if you just follow me on Twitter you probably know that. But one thing you definitely should know is that I’ve been ready for the next iteration of Modern Warfare since the franchise has been rebooted. I’ve been excited since the official announcement, and even more so now that the beta is in my hands. Now that the first week on PlayStation is coming to an end, it’s time to talk turkey. Modern Warfare II is definitely headed into a new frontier, and while there’s plenty I have to learn and understand about the systems at play, the future seems bright.

One of the things that immediately caught my attention is how much slower the pacing is. After Vanguard operated at a blistering speed, Modern Warfare II can have you scratching your head. Call Of Duty isn’t ever going to be as slow as Rainbow Six mind you, but the way it seems like things are constructed you’ll need to play more tactically. There is a lot less flying around corners going around, and most of that is due to the slide canceling mechanic being removed. As someone who used it, I certainly mourn its loss, but learning a new game and new mechanics is just part of the process. That, and I can still bunny hop, which is just as useful. In short, I may not be moving like a Tasmanian devil, but I’m certainly not at a snail’s pace. Maybe just closer to a jackrabbit’s.

When something Infinity Ward-made hits, you expect the gunplay to be at its apex, and while there are still some visual things to iron out, it feels like what I was hoping for. The guns have that distinctive rumble to them – when you hit an opponent you know it’s landing, and explosions and gunfire rattle through your headset. Beyond that, the weapons handle pretty well, and the recoil feels manageable even if it’s a bit much for now. Remember though, this is beta, so we aren’t working with the full slate of attachments yet, so that will come in time.

Speaking of attachments, I am still figuring out how they work. You can tell this is an early build of the UI, with Gunsmith not offering the clearest explanation as to how to unlock things. That being said, I’m excited for the grind to lessen, with each gun/receiver featuring specific attachments that I’ll earn for every weapon as opposed to sitting at my PC or console for hours trying to unlock the exact same things for another gun. The progression area of Gunsmith will help clear up a lot of your questions on how to get your unlocks, and I’m sure once the game launches it’ll be crystal clear where I need to head for each one. In any case, the bones that are here have me thinking this could be the best weapon progression system Call Of Duty has ever had.

If the gunplay is one of the most important parts of the game, you can expect Modern Warfare II’s maps to be right beside it. There have been four maps so far this beta: Farm 18, Mercado Las Armas, Breenbergh Hotel, and sneaking in for a day, the Valderas Museum map. I don’t know that I really have a favorite yet, but all of them have pros that make them ones I’m happy to play. The design seems simplified, and while there’s still a lot to learn in terms of call outs, taking a step back and making the maps seem less cluttered with straightforward lanes is appreciated. There’s also plenty of variance that keeps things fresh as you move between maps. Farm 18 is an overgrown military training ground, Mercado is a small Mexican town, and Hotel and Museum are… well, a hotel and museum. These all provide different playgrounds and I don’t think any of them dictate a specific playstyle; you can really use any weapon on them depending on where and how you want to play.

What you’ll be playing on them of course is a bunch of the modes we expect, like Team Deathmatch, Search and Destroy, and Domination. I assume some other familiar modes will appear, but that’s not where Infinity Ward is stopping. During the beta I’ve been able to play several newer modes, and they’re a lot more fun than they have any right being. Starting with the third person mode, this one throws you into a third person view until aiming down sights, which flips you back to first person. It reminds me of Ghost Recon or The Division, and it’s definitely a neat idea returning from the past. Would I play this all the time? Probably not, but it’s a nice break from the norm.

The two limited life modes in Knockout and Prisoner Rescue are also a blast, and I can definitely see my group throwing them into rotation on the regular. In Knockout, you’re battling for control over a bag of money, and whoever eliminates the enemy team or holds the bag when the timer for the round runs out wins. Similarly, in Prisoner Rescue, there are two different prisoners being defended by the opposing team. Get them out/defend them until the timer runs out, or kill everyone, and the round is over. The only difference is points in the round, with each prisoner counting as 100 points to extract or 50 to defend. 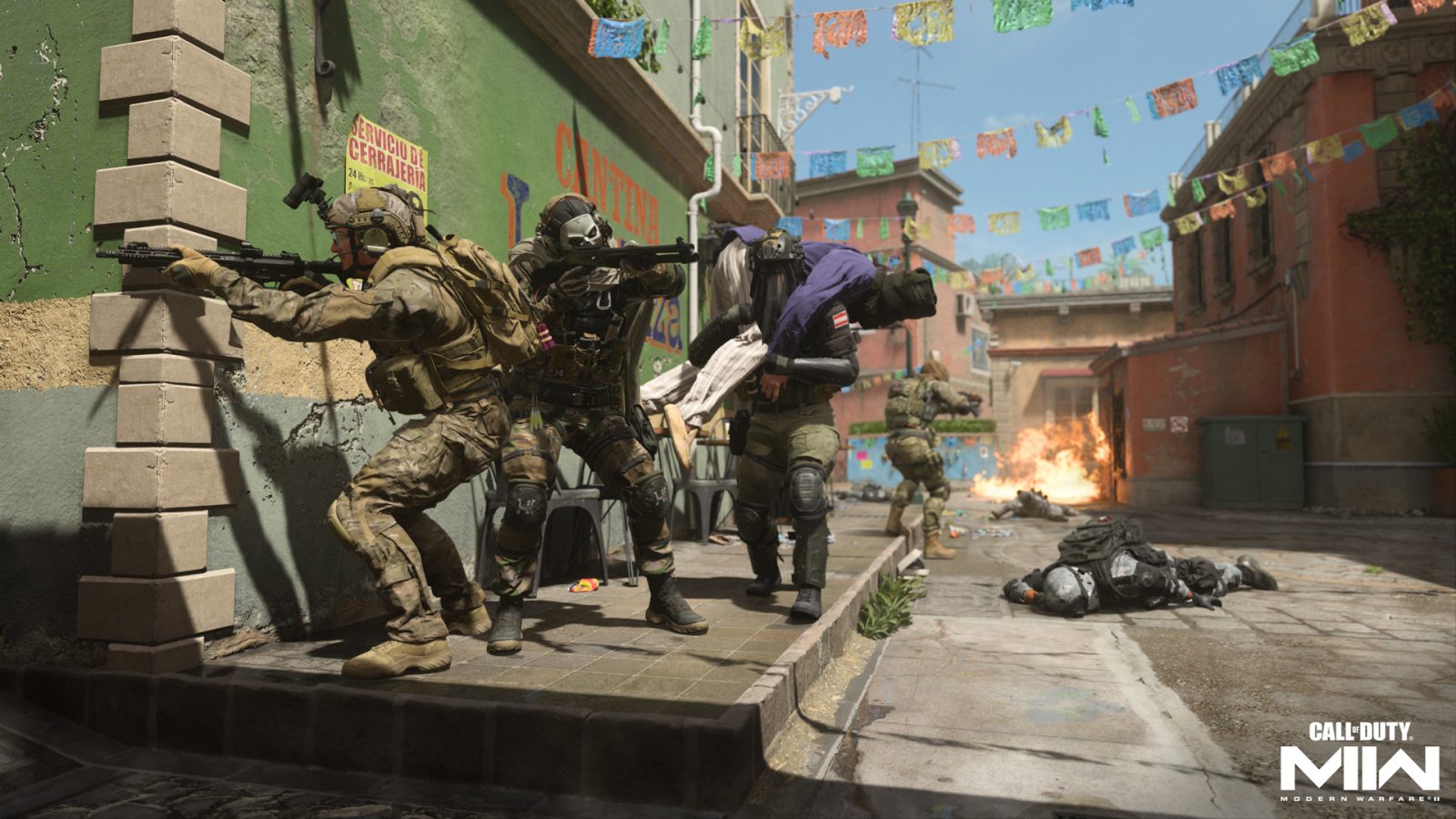 Where both of these modes collide is the ability to resurrect your teammates. I didn’t know this until we spawned in, and it totally changes your reactions in certain situations. You could be in a 1v2, but because they don’t have a lock on your location, you could go pick up two teammates and suddenly be in a 3v2. One thing is for certain, getting your teammates up quickly can change a round, as I watched 1v2s turn into 1v5s nearly instantaneously because our teammate didn’t make a quick decision. It adds a lot of tension to the modes, and they work well because of that.

Other things that change up the gameplay include perks and equipment. While the perks themselves haven’t changed a lot, the way they work has. Instead of simply grabbing three and moving on, you have two that start off the round, and two that gradually come in as you play. I’m not so sure I like the change that much, but I’ll give it the benefit of the doubt for now.

Equipment is a completely different story, with new gadgets that can completely turn a match around. The inflatable decoy is as ridiculous as you think, popping this wacky air-filled soldier into combat. I’ve been fooled several times, and it definitely makes you think before you act. The tactical camera also encourages smart plays, like tossing it above the A bomb site at the Breenbergh Hotel and hiding to give you eyes on a stealth defuse.

One last piece of equipment to highlight: the drill charge. Essentially, you throw it at a wall, it takes a second to drill in, and it goes boom on the other side. It’s also as deadly as a semtex grenade, attaching itself to your enemy who has to then sit and wait for the sequence to end before a grenade is shoved next to their intestines. Through a bit of play my group discovered several spots that can seem impenetrable, headys or cover that isn’t easy to break, but with the drill charge and some detective work, we’ve been able to clear areas some may have thought to hold at. 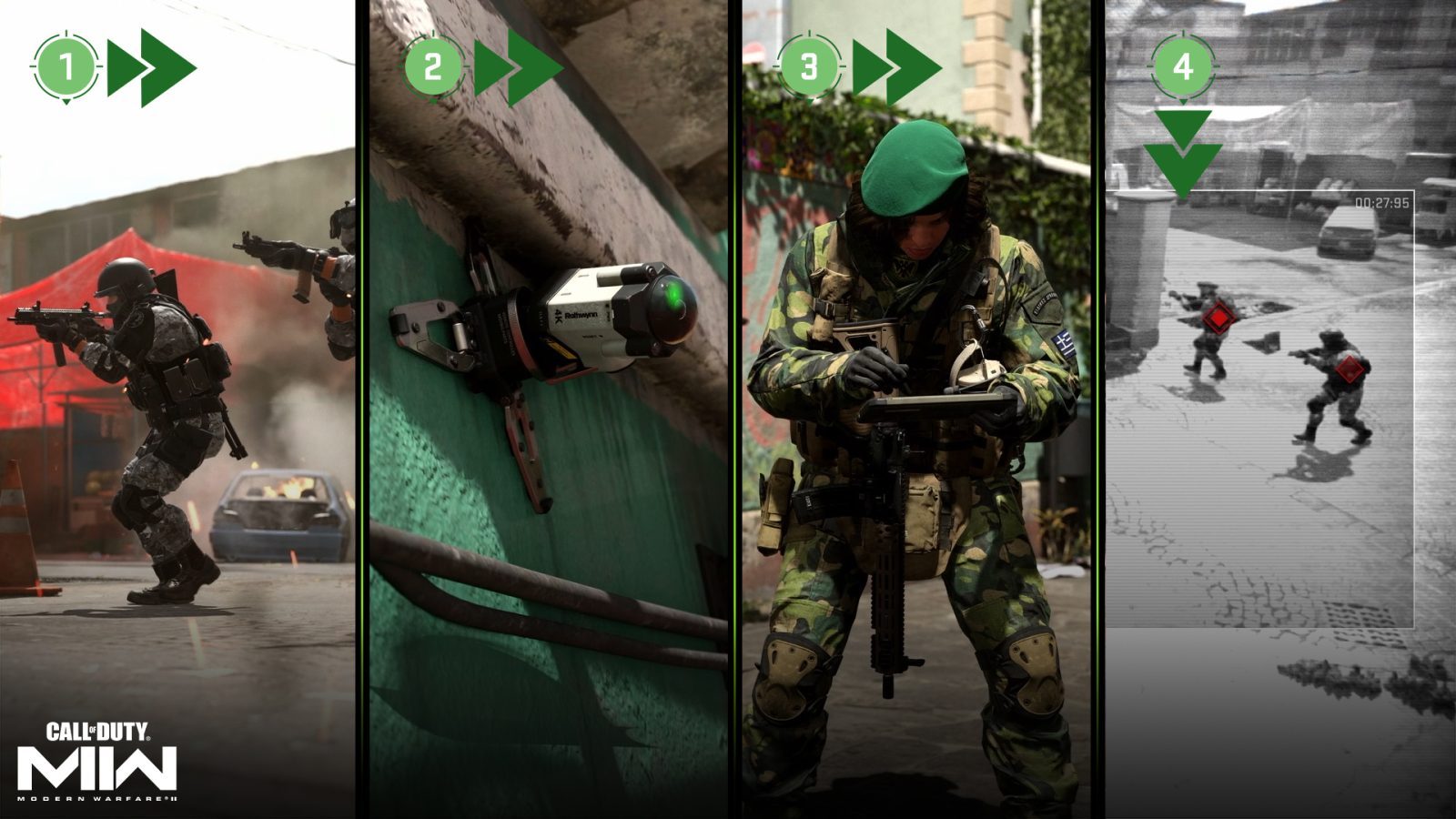 You’re going to get to the end of this and wonder why I haven’t covered everything. The truth is, there’s not just a lot to cover, but also so many things that can change once we get to launch. I know there are things that have annoyed some players like the lack of red dots on the mini-map, or the footstep audio being quite loud, exasperated with the absence of a Ninja perk (which I don’t mind as much). Infinity Ward still has a month ahead of them to fine tune things, and honestly some things that are absent in this build might already be in their current one.

Through and through I can see Infinity Ward didn’t just settle for adding a few new weapons and slapping a two on a reskin. As Patrick Kelly, Studio Head and Franchise Creative Director said at COD Next, they focused on improving and innovating every area of the game. It’s extremely prevalent in this beta that Infinity Ward wasn’t okay with sitting on their laurels and pushing out the same old same old, and I love that about this new title. Call Of Duty: Modern Warfare II arrives October 28th on PlayStation 5, PlayStation 4, Xbox Series X|S, Xbox One, and PC. I put 201 hours, 36 minutes, and 35 seconds into Modern Warfare 2019… I think doubling that in Modern Warfare II might be an underestimate.