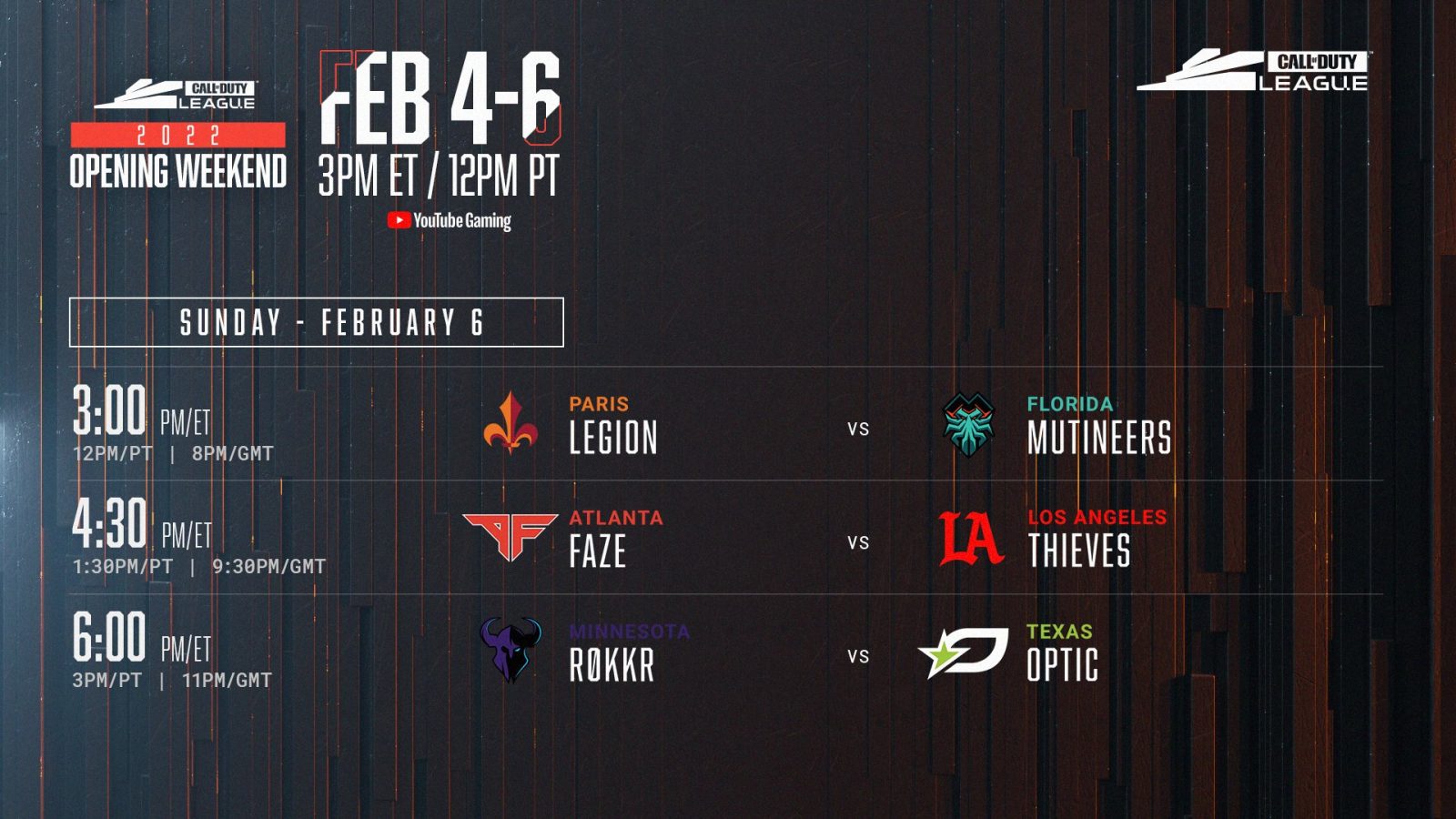 While yesterday was certainly filled with some incredible matches, don’t think today is a slouch. We’re getting to see the Minnesota Rokkr and LA Thieves in action for the first time this season, and against two of the toughest opponents they could have to start in Optic Texas and Atlanta Faze. Could these go the distance, mimicking what we saw yesterday? We can certainly hope so, but until then let’s talk about what to expect.

These dms are getting outta hand pic.twitter.com/gXnwQ6iPzt

Opening Weekend is all about starting off strong. 💪

Catch the #LAThieves Pre-Show w/ @Nadeshot, @Enable & @Muddawg breaking down everything you need to know before our match vs. ATL FaZe Sunday @ 10 AM PST. pic.twitter.com/UyrfQL27NS