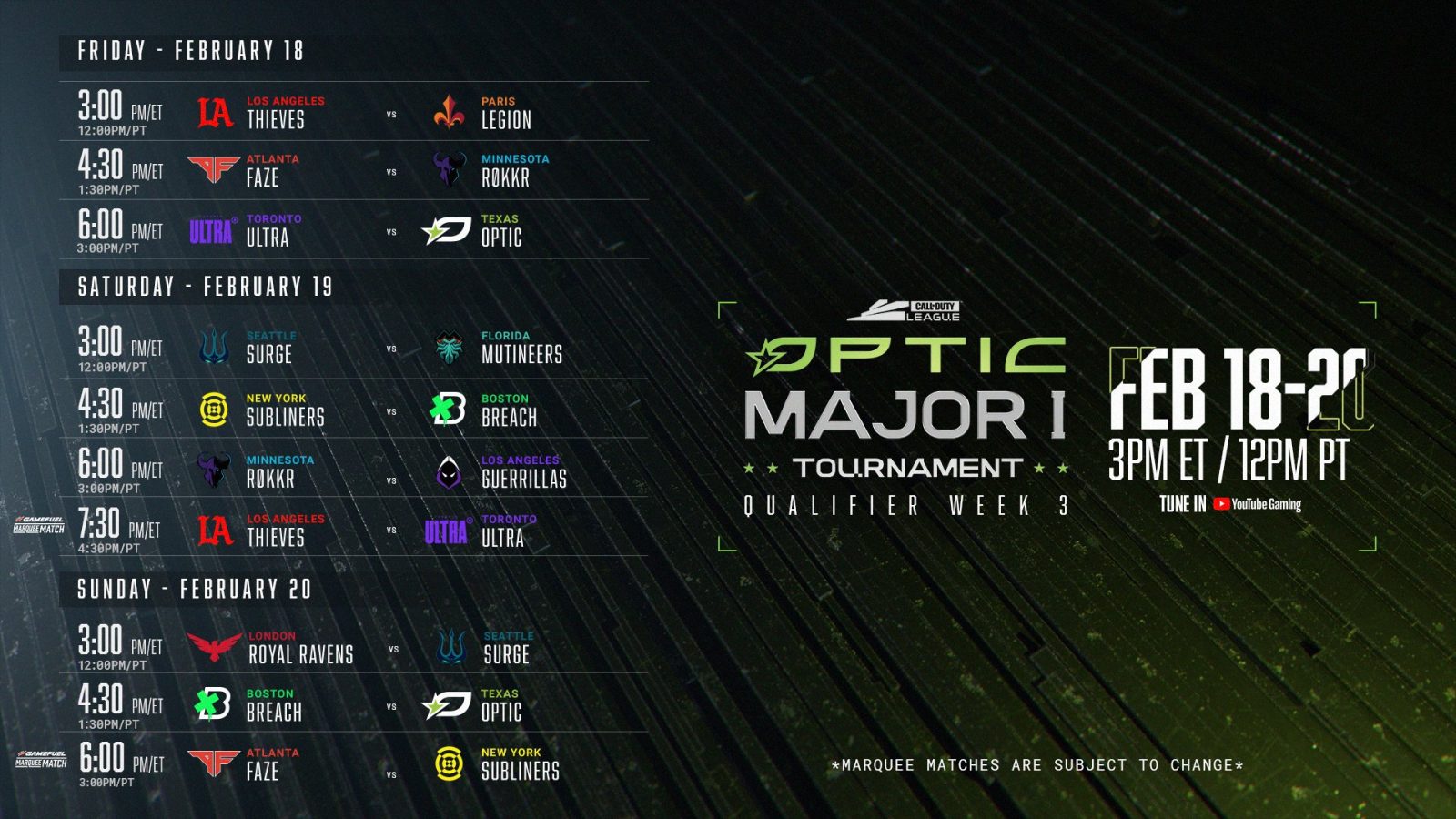 Here come the final week of qualifying matches for the Call Of Duty League’s first Major tournament! It’s been a wild ride, with plenty of storylines that will shape the season, but there are even more this weekend as a few teams fight for position in the standings and for the winners bracket. Let’s take a look at our first matches on Friday and talk about them.

Got a pair of rematches from Kickoff coming up. #LAThieves pic.twitter.com/9GqGy935x8

Definition of a teammate pic.twitter.com/awLVKQBPHB