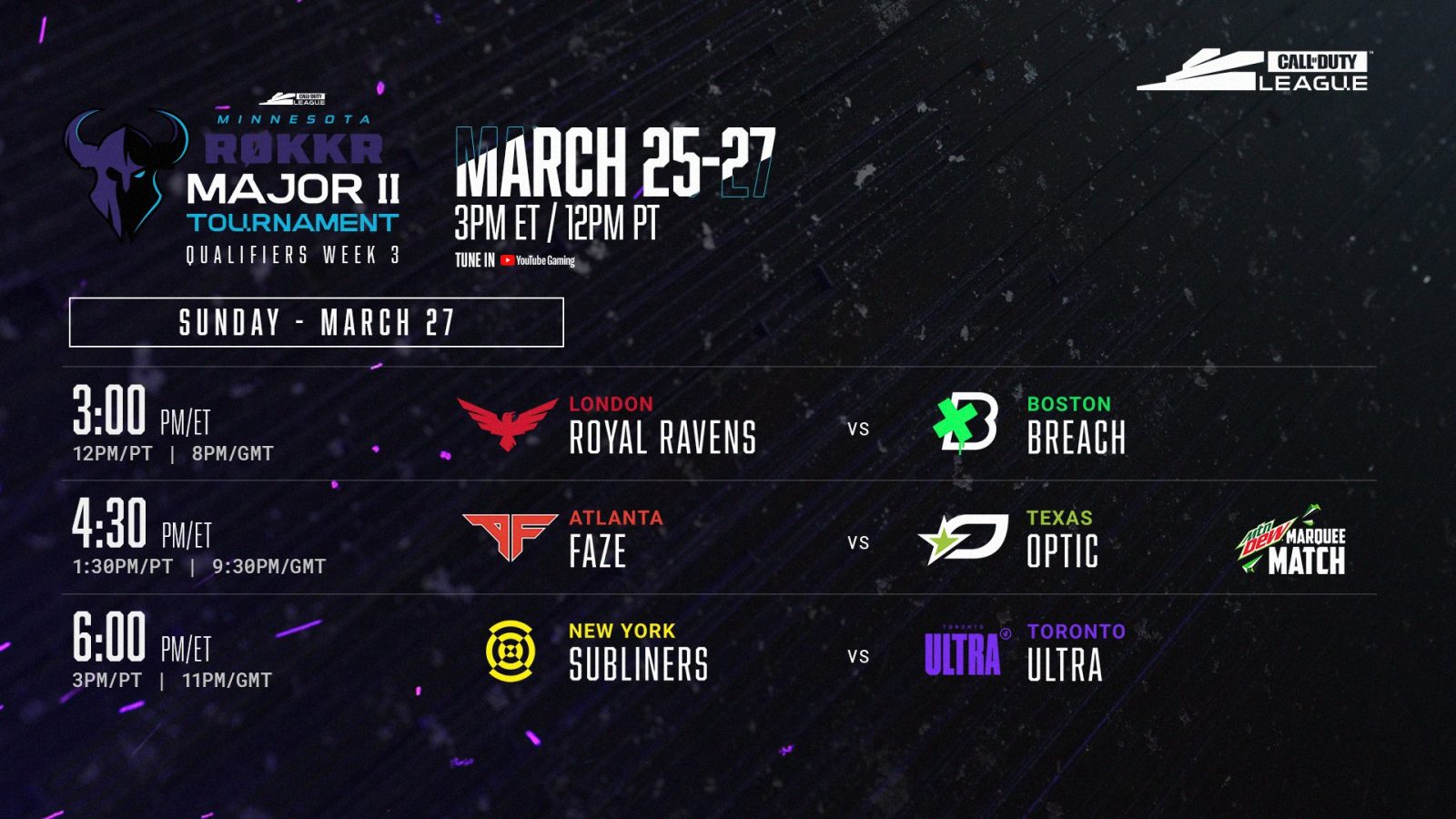 It’s the final day of qualifiers going into Major II of the Call Of Duty League, and all the storylines look to be insane. The top four teams in the current Major II standings are facing each other, and what ensues could be a huge jumble that resets it all. What will happen? We don’t know. But here’s some thoughts on what’s going on with our three stage-ending matchups.

Crank up the headphones and heard the comms for *that* @Nastiee_ 1v4 S&D clutch! #6thRaven pic.twitter.com/hNBgnithhz