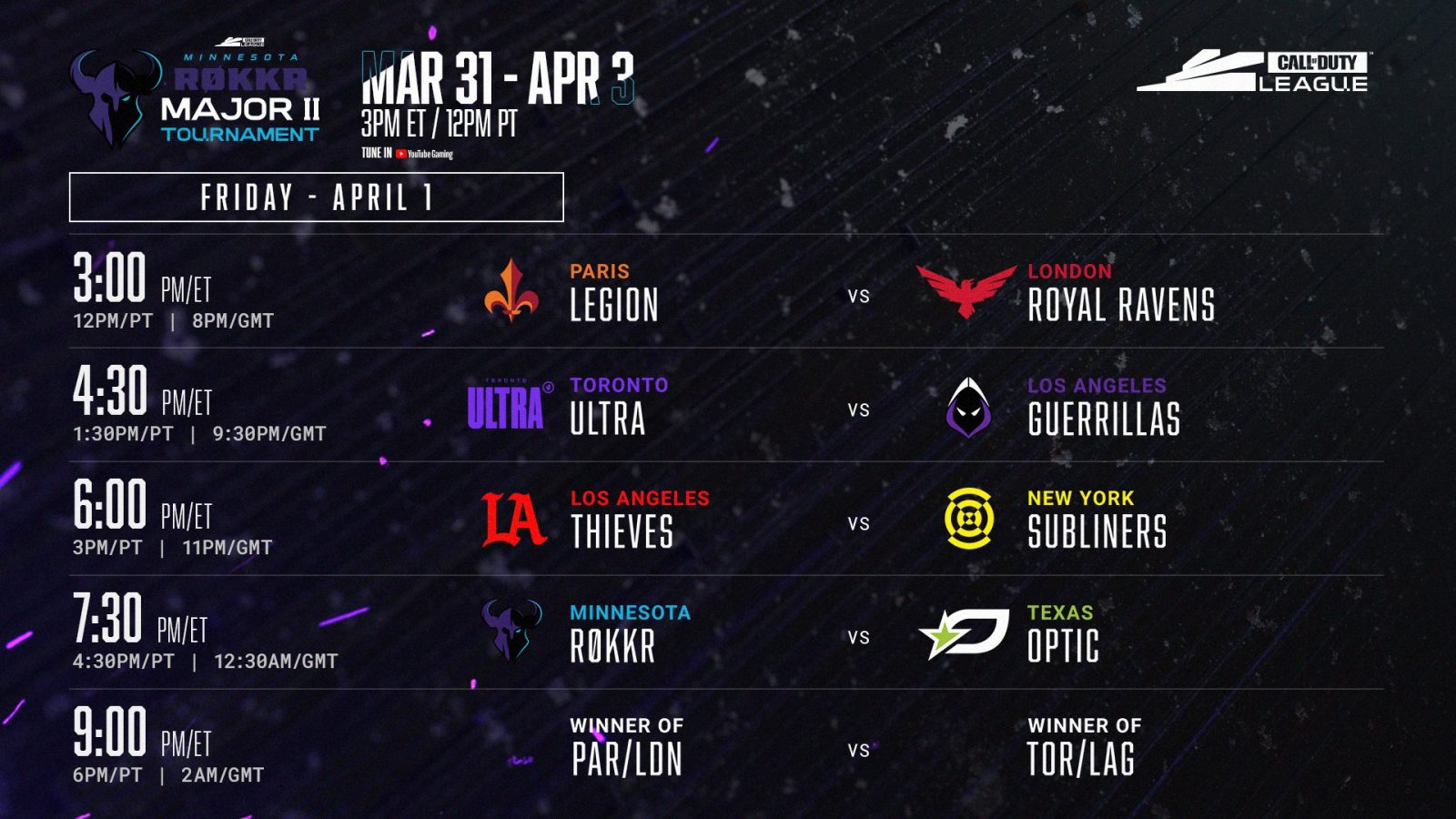 Crazy to think of all that went on yesterday, but it’s time to reset. The Call Of Duty League Major II loser’s bracket is up next, and it’s win or go home for every team playing. The lineup today is absolutely STACKED, with several big name teams and talented rosters falling in order to set up some insane matchups. We can’t predict the future, but we surely can try.

Tried out the new @CODLeague instagram filter. Safe to say I might be out of a job…. @TorontoUltra pic.twitter.com/RRE4hXe4Ny

The goal is still vengeance, we'll just have to take it to the losers bracket. ???? #NYSL pic.twitter.com/dL925ik5uj

Don’t forget that there is one more loser’s bracket match, but since we don’t know what it will be we can’t predict it. Because of that, we’ll be only doing takeaways as we progress through days 3 & 4. Stay tuned to Gaming Trend for our takeaways as Major II continues, and we’ll do our best to bring you content here and on our YouTube channel! You can follow the league both live and after hours on the official Call Of Duty League YouTube channel right here. If you want to jump into the game, check out CallOfDuty.com, and if you want to know more about it first, check out our review right here.