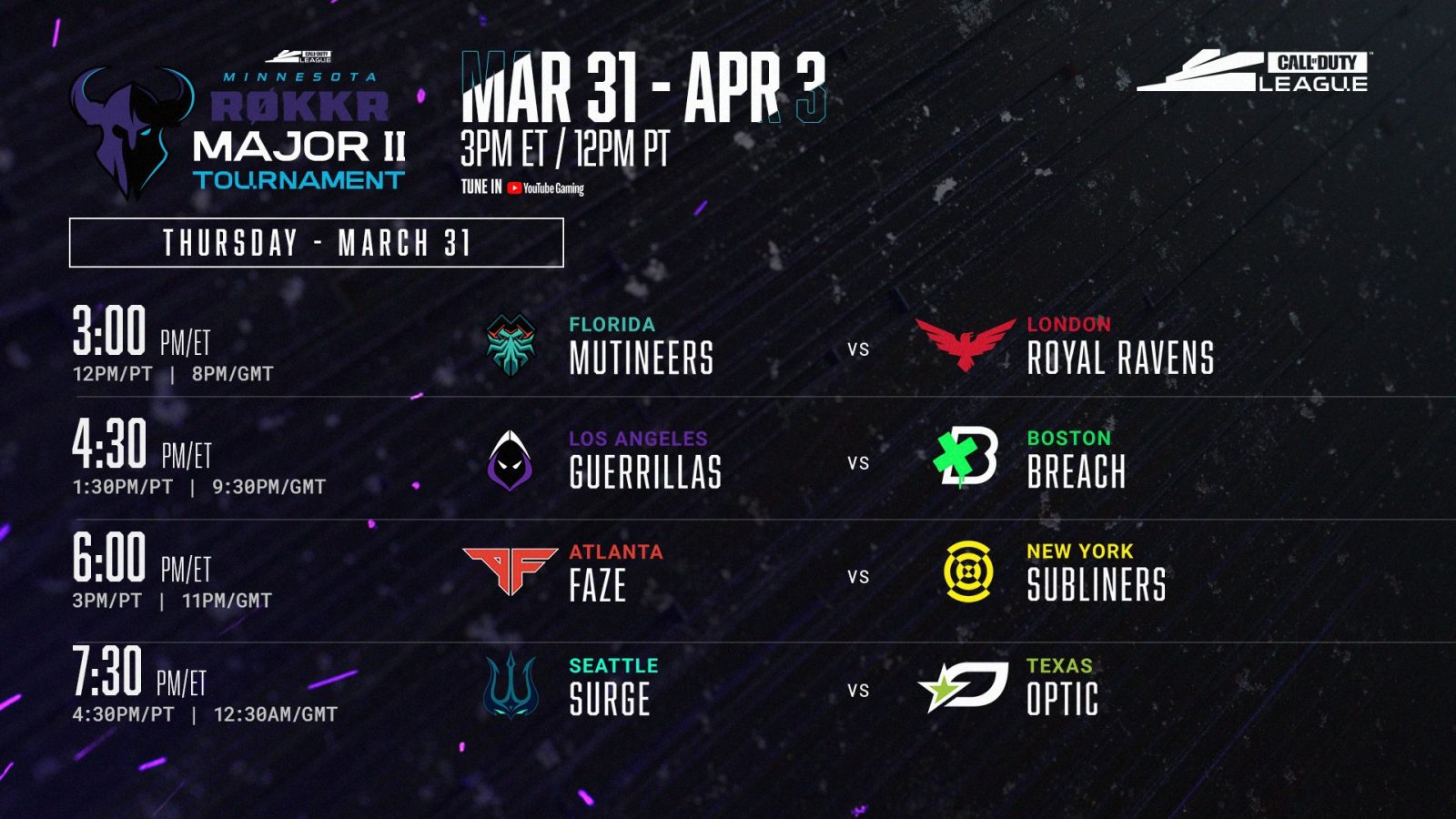 We’ve made it through several weeks of online warfare, now it’s time again to take it to the arena! The Call Of Duty League Major II Tournament, hosted by the Minnesota Rokkr and sponsored by Mountain Dew, is going to be a crazy one. We’ve got some great matchups to begin the week and a rematch that was a bit skewed the last time we saw it. What will happen? I don’t know, but let’s try to think about it for a second.

Stay tuned to Gaming Trend for our takeaways as Major II continues, and we’ll do our best to bring you content here and on our YouTube channel! You can follow the league both live and after hours on the official Call Of Duty League YouTube channel right here. If you want to jump into the game, check out CallOfDuty.com, and if you want to know more about it first, check out our review right here.