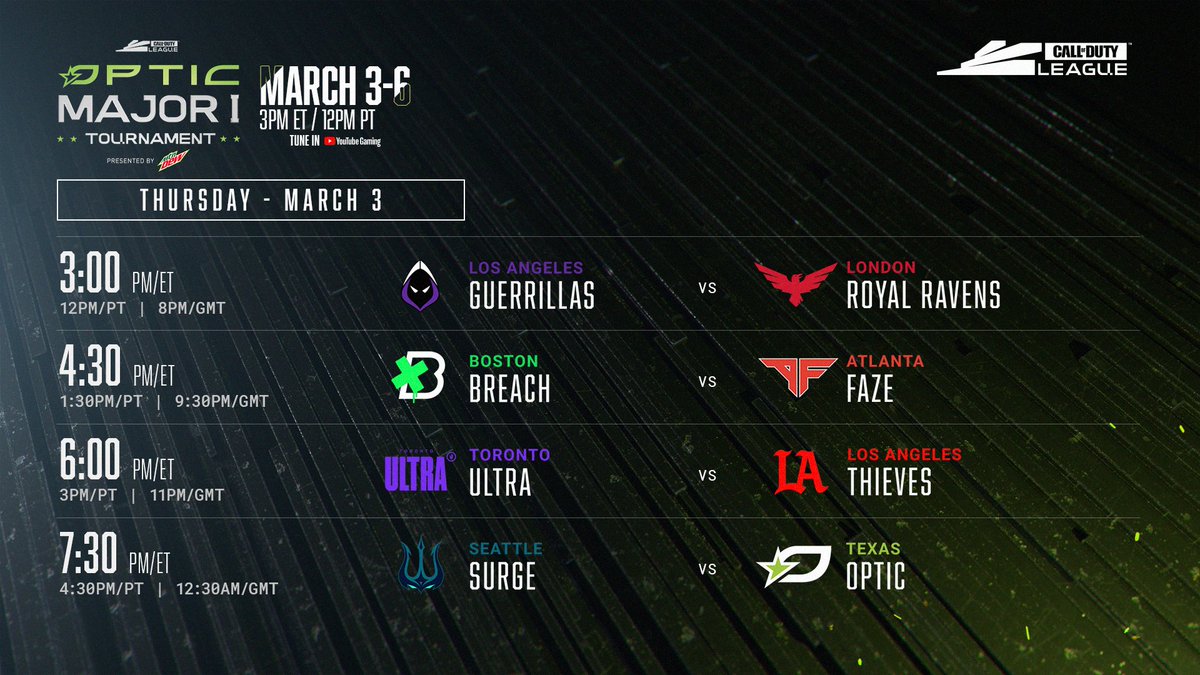 It’s hard to believe we’ve already made it to March 2022, but even more so that we’re already to the first Major. It seems like just yesterday we were kicking off the season at Esports Stadium Arlington, and I certainly wish I was there live like I was then to cover this one. No fear! I will continue to keep you informed, and our first preview of the upcoming matches is below.

Stay tuned to Gaming Trend for our takeaways as Major I continues, and we’ll do our best to bring you content here and on our YouTube channel! You can follow the league both live and after hours on the official Call Of Duty League YouTube channel right here. If you want to jump into the game, check out CallOfDuty.com, and if you want to know more about it first, check out our review right here.