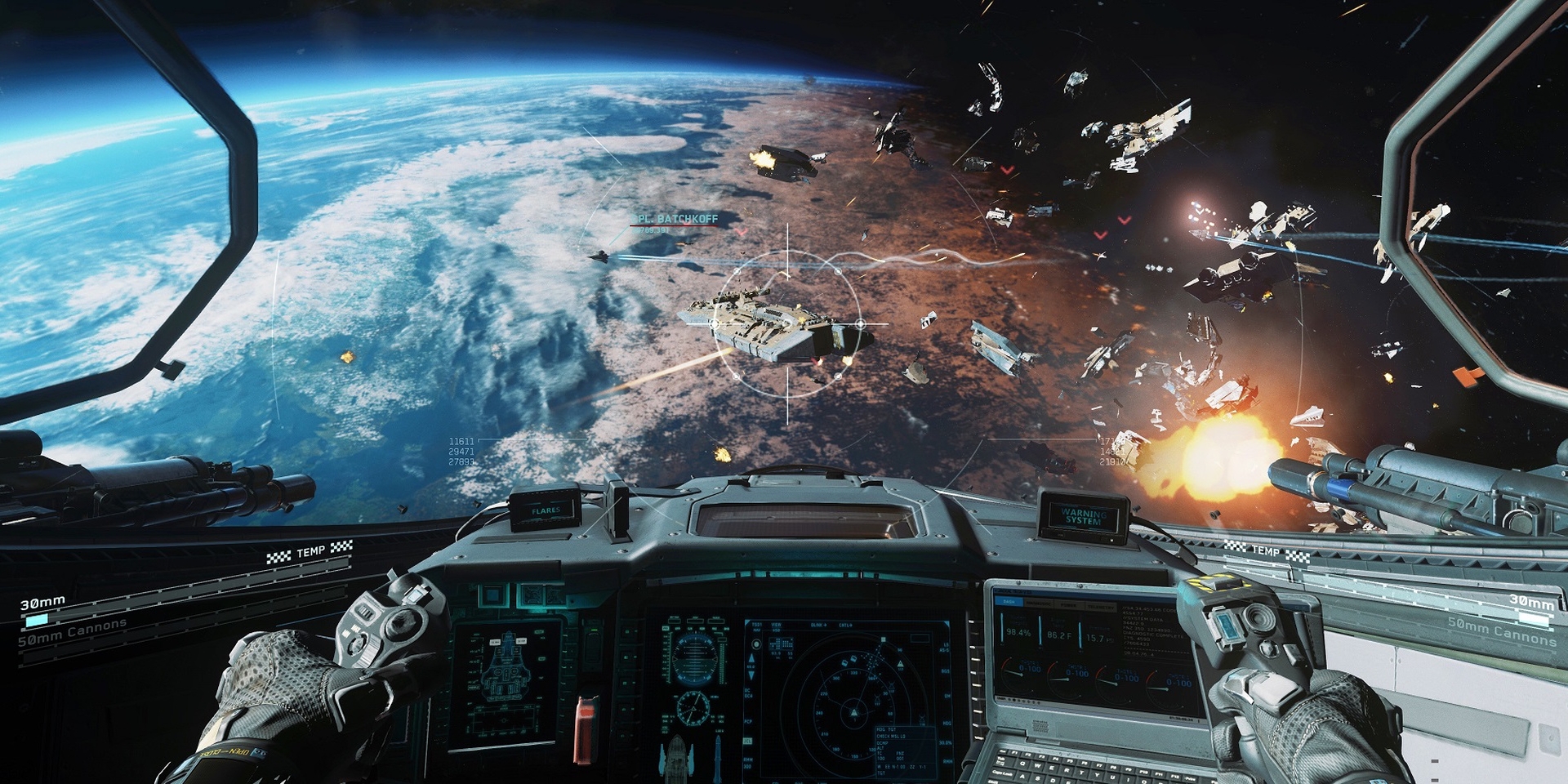 Ok, so maybe saying that it’s the first killer title for VR is overreaching a bit, you have to understand just how excited I am for this PlayStation 4 exclusive mode. While this virtual reality mode is being packed in as a freebie for Sony’s PSVR headset, it is a taste of what’s possible with the platform.

This mode, entitled “Jackal Assault” was a quick mission that immediately reminded me of the best parts of Battlestar Galactica. Hopping into my Jackal I looked down seeing how the game translated my thumbstick movements to my avatar’s left and right hand. The cockpit was alive with lights and sensors; there wasn’t a square inch that wasn’t lovingly rendered for a sense of incredible immersion. Jamming the throttle forward, I did a slingshot launch off the carrier Retribution and the world expanded exponentially.

Looking around I was in the outer orbit of some unnamed planet, throttling around to execute a quick debris-clearing mission. The sense of distance and depth was amazing, and something that most VR experiences I’ve had haven’t managed to capture. The flotsam of what looked to be a destroyed capital ship gave me a quick exercise of my guns and missiles, but my long range sensors picked up an anomaly in the distance that demanded more immediate attention. Hustling towards the vortex, I was greeted by the silhouette of a massive enemy capital ship jumping into this sector.

Swarms of enemy ships launched from the carrier as my fellow pilots scrambled to respond. Leaping into the mouth of danger, I hit my afterburners and immediately began to engage in an all-too-short dogfighting mission against the SDF fighters. In the end I managed to cut down 37 of the bastards before the mission ended.

It’s unclear how this mission ties into the main storyline, or if it operates as a separate experience entirely, but it spells Activision’s first foray into the VR world. I’m normally not that eager about VR, but this Jackal Assault experience makes me excited to see what a fully developed game could be.

It ends all to soon. This was absolutely awesome.

Jackal Assault will be free for all PlayStation 4 players (you’ll still obviously need the PSVR, which launches on October 13th) when Call of Duty: Infinite Warfare ships on 11/4/16 for Xbox One, PlayStation 4, and PC.