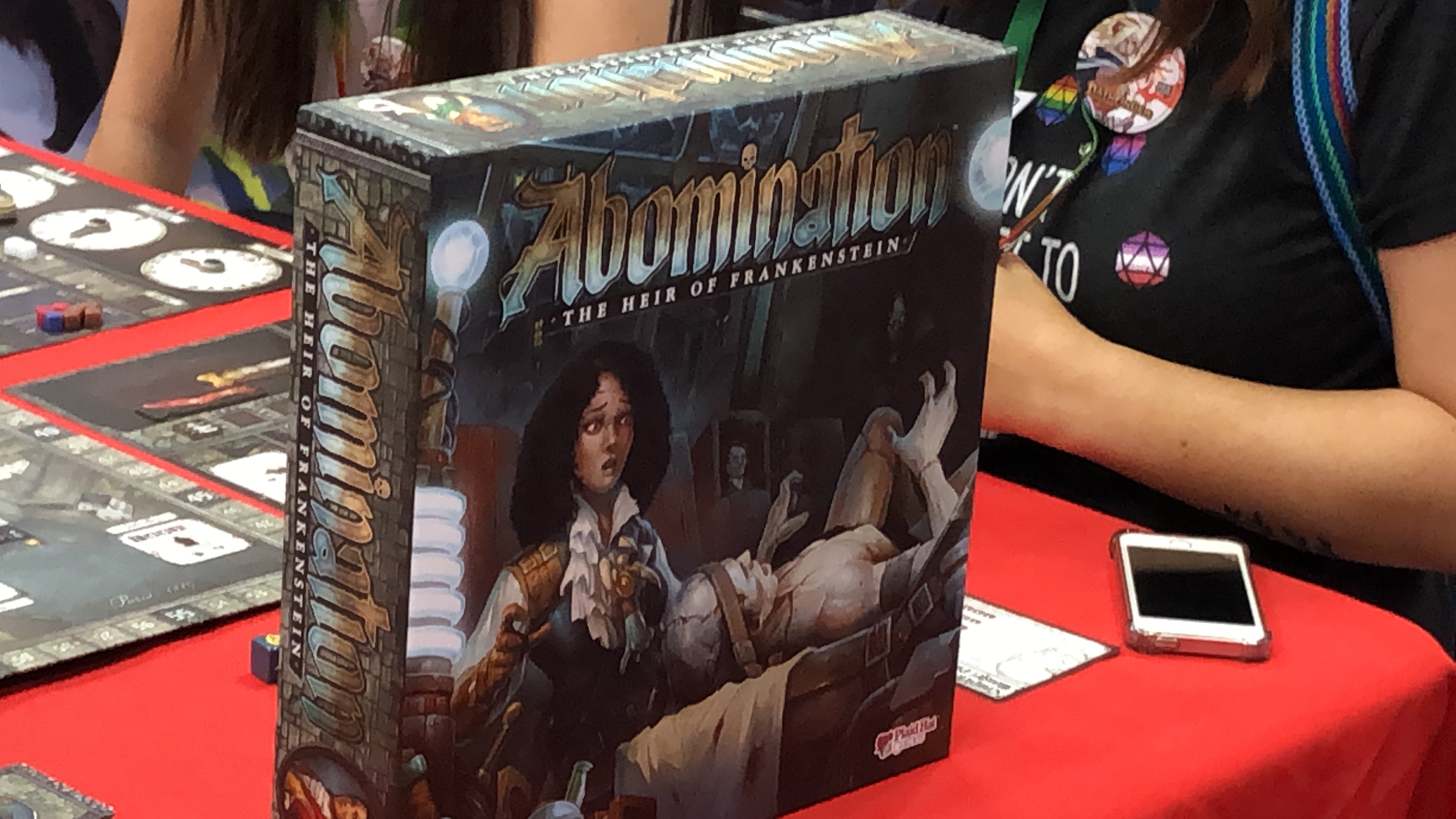 The idea of life and consciousness has fascinated scientific minds for many years. It also has been taken up by science fiction and horror writers. Star Trek: The Next Generation would never have grappled with this in “The Measure of a Man.” Without these thoughts we might never have had the concept of zombies or vampires, meaning that Zombicide and Vampire: The Masquerade would never have been created. Now Plaid Hat is making you build a new person with Abomination: The Heir of Frankenstein.

Abomination is a worker placement/resource management game where you play as a descendant of Dr. Frankenstein. Dr. Frankenstein’s monster is still living and wants you to create a suitable companion so he doesn’t have to live in solitude. Your character travels around the city to different locations like the morgue and cemetery looking for viable body parts. As you gather them you place them on the player board in front of you, slowly putting the pieces together. 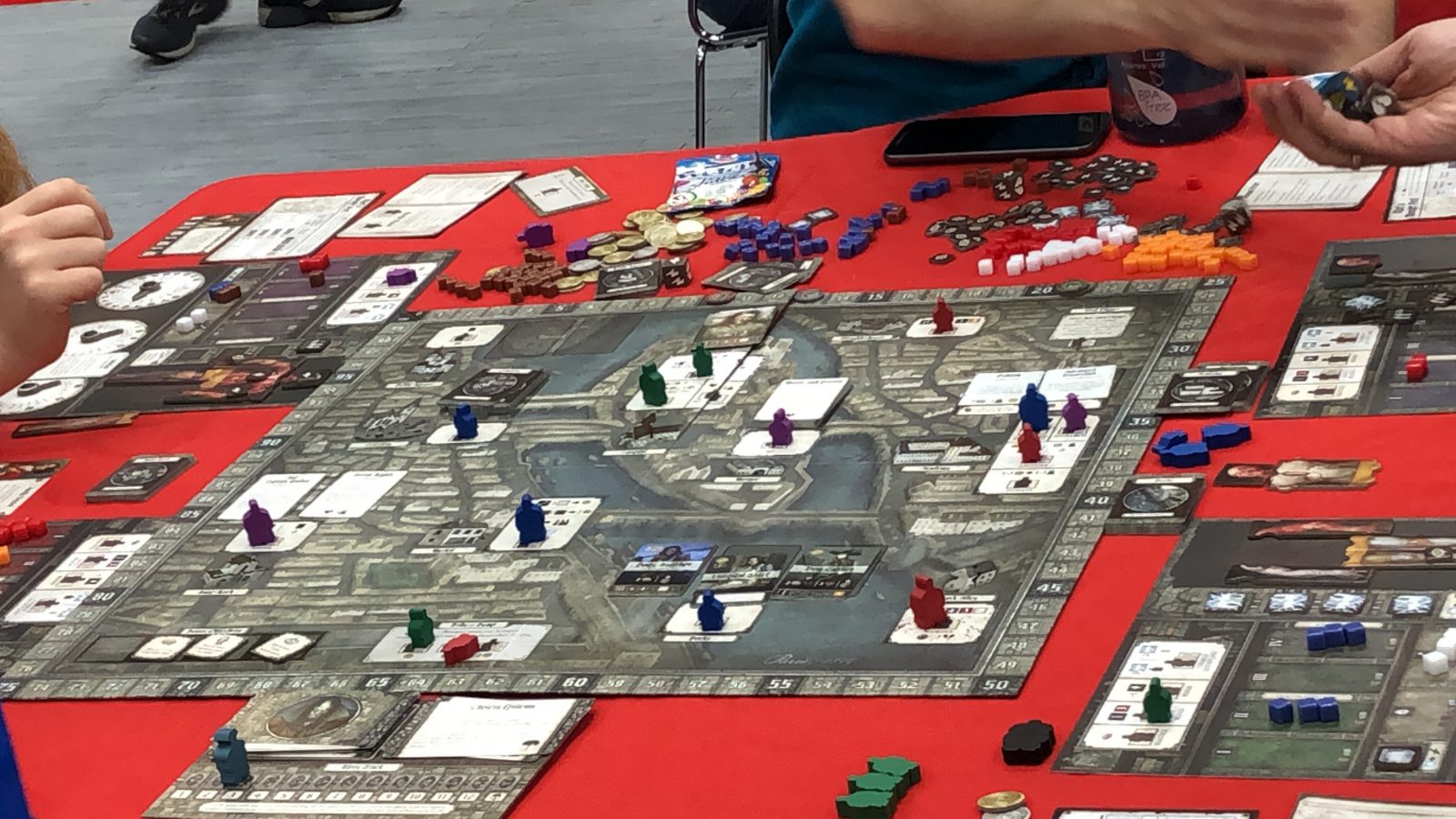 Each player has a character that they play, giving them different special abilities for the game. Different locations give different possibilities for the body parts that can be gathered in that spot. You also need to do research to make sure that those sewn-together pieces can work with one another. Your humanity, reputation, and expertise will increase and decrease depending on your actions. Do well, and the monster may give you a reward for your work. Do poorly and…well, let’s just not talk about that.

Sometimes Euro games can seem to be boring to some people due to the uninspired cubes, the theme (usually farming), and the management of said cubes. Plaid Hat wants Abomination to be a Euro game with a theme that will attract those who might not usually be interested in a Euro game. Abomination: The Heir of Frankenstein plays two to four players and plays in one to two hours.