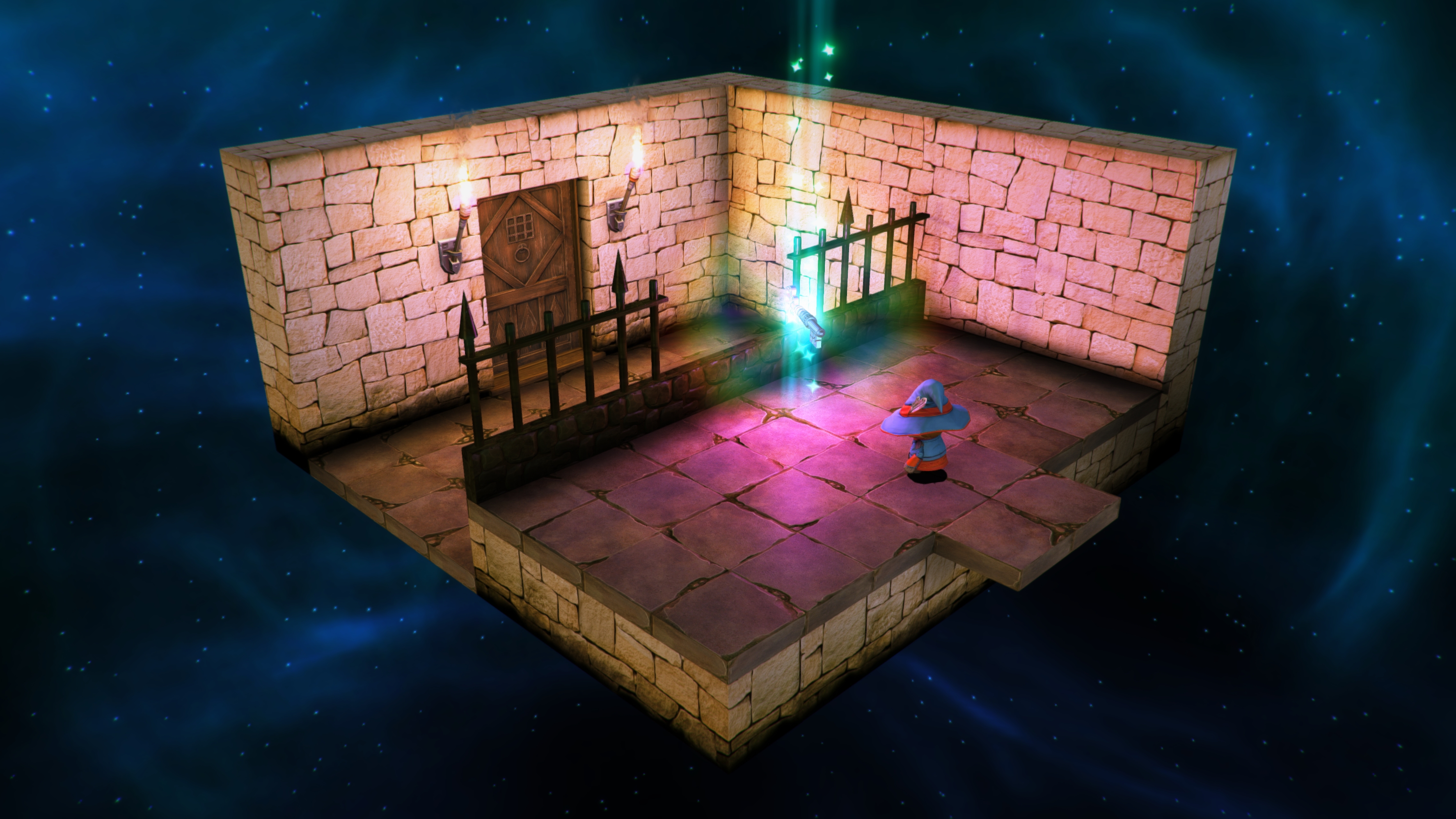 Gareth Noyce has been making big budget games in the UK for over a decade, and has a reputation with gamers as a co-founder of Ruffian, which create the Crackdown series. Since departing from Ruffian, Gareth has spent the last few years of his time working on his first indie game called Lumo. Lumo is a charming isometric platformer reminiscent of old school 3D Super Mario games, and arcade cabinet games like Marble Madness. The player takes on the role of a boy exploring a castle filled with booby traps, puzzles, danger, and…ducks?

Lumo has a simple appearance, but a surprising level of depth in its design, which is perhaps only achievable from a hardened industry veteran like Gareth. Clearing rooms requires precise platforming, finding hidden collectibles calls for a keen eye, and understanding all of the gaming references tucked within Lumo…well, let’s just say that I was lucky to have the developer beside me. Lumo is easily shaping into one of the most polished and unique indie games I’ve played in a long time.

Lumo starts out simple, with the player wandering through the halls of a cluttered castle, and quickly begins to introduce the player to its various mechanics, the first of which is platforming. At the outset, the player can’t even jump, but before long they’re dodging fire, evading spike traps, and learning to use all manner of boxes from teleporting crates, to sentient crates that follow you around in a not-at-all creepy manner. The game does a great job at re-introducing players (or perhaps introducing them for the first time) to a kind of game that has been absent from the gaming landscape for a long time (especially in North America).

Readers might know that I enjoy a challenge — I pride myself on being able to beat any puzzle game without looking up the answers, and I often brag to my friends about beating even the most challenging games on their hardest difficulties (to their everlasting irritation). So it carries a certain amount of weight when I say that I died while playing Lumo…a lot. Lumo was clearly designed for the hardcore player, which is apparent in everything from its retro aesthetic, to its obsession with hidden collectibles, to the level of challenge it provides.

As an example, one of the collectibles in Lumo are rubber ducks, which litter the castle that the player inhabits. Collecting them requires that the player jump directly on the duck’s head, avoid landing in the water that the ducks float in, and (perhaps most painfully) exiting the room without dying before doing so. I was able to collect all the ducks, but not without quite a bit of trial-and-error, and the occasional pro tip from the game’s creator. And the ducks weren’t even the hardest collectible to find.

What’s even more appealing about Lumo to me, as a hardcore gamer, is that all I was shown of Lumo was what Gareth called “the tutorial level,” and has assured me that much greater challenges await players in the full version. Lumo is set to release in April of this year with a $20 price tag on Xbox One, Playstation 4, Playstation Vita, PC, Mac, and Linux. Any platforming junkies like myself should keep a close eye on Lumo, which could very well be the sleeper indie hit of 2016.