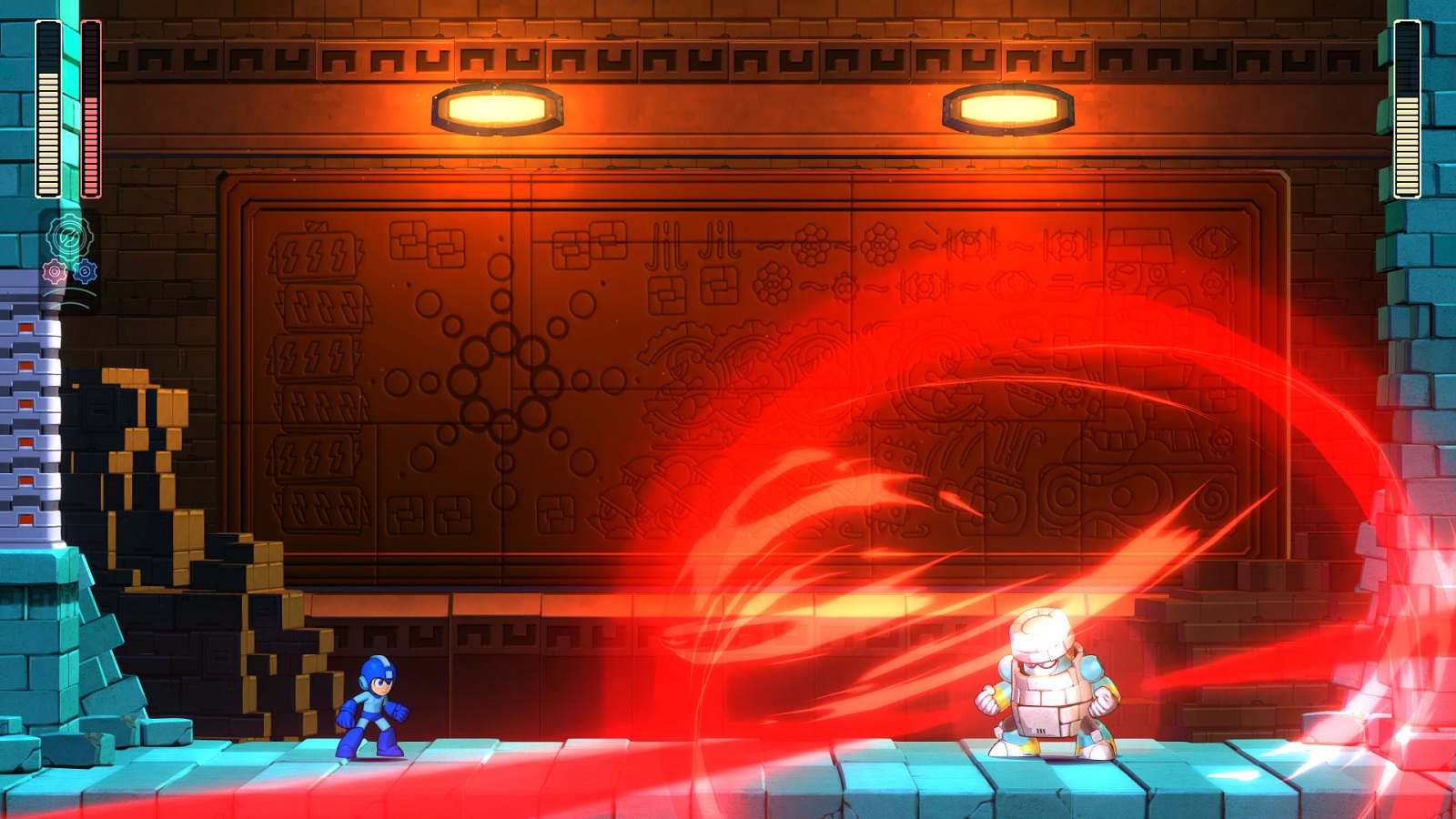 This is the year of the Mega Man. While Mega Man’s 30th anniversary was technically in 2017, Capcom is celebrating it in full swing this year with Mega Man Legacy Collection 1+2 on Switch, Mega Man X Legacy Collection 1+2 on Switch, Xbox One, and PlayStation 4, and more importantly, the first main series Mega Man game in 8 years, Mega Man 11. At E3 2018, I managed to sneak a spot into the Mega Man 11 booth to take a look at the game.

While Mega Man 9 and 10 went back to the 8-bit aesthetic, Mega Man 11 fully embraces the 2018 sidescrolling style with a 3D look in a 2D style. While this may look concerning in screenshots, it was magically to see in motion. Mega Man is just as snappy as he was in previous games, and unlike 9 and 10, he brings back his powershot and sliding. For this demo, I had the chance to play Block Man’s stage.

The stage was spot on in terms of level design. Before an enemy could hop out of an endless pit, you would see it well in advance, preparing yourself for the encounter. There were also moving platforms, but they weren’t nearly as daunting as in previous Mega Man titles.

The demo showed off that Mega Man 11 isn’t just another walk down memory lane, it has a few tricks up its sleeves. Mapped to the shoulder buttons, Mega Man has the ability to use two different gears. One will slow down time, while another will allow Mega Man to fire more powerful shots. When Mega Man’s health is low enough, both can be activated simultaneously. These gears are activated with ease and can be used for very strategic points on the map such as a segment with falling blocks on moving platforms required to reach higher platforms.

The length of the level is notable compared to previous Mega Man games as well. It felt like the length was double that of a standard stage. I almost felt like the demo mixed in two different stages, but each segment had a different block-theme.

Of course, it wouldn’t be a Mega Man without robot masters, and I got to fight against Block Man himself. At first, this didn’t seem anything different from a usual Robot Master fight. He had patterns that I needed to dodge and outmaneuver while hitting him in the face with powershots, but then he soon did something I’ve not yet seen in a Mega Man game:

He brought in a giant robot. This part of the fight had its own health bar for me to take down, and once I figured out how to destroy this part of the boss, Block Man went back down to where his health bar was before he summoned the beast. I’m not entirely sure if this will be the same pattern for the other 7 Robot Masters, but it’s a fresh way to keep players on their toes with these fights.

Mega Man 11 will be released on October 2nd, 2018 on the PlayStation 4, Xbox One, and Nintendo Switch. Stay tuned to Gaming Trend for more hands-on coverage from E3 2018.