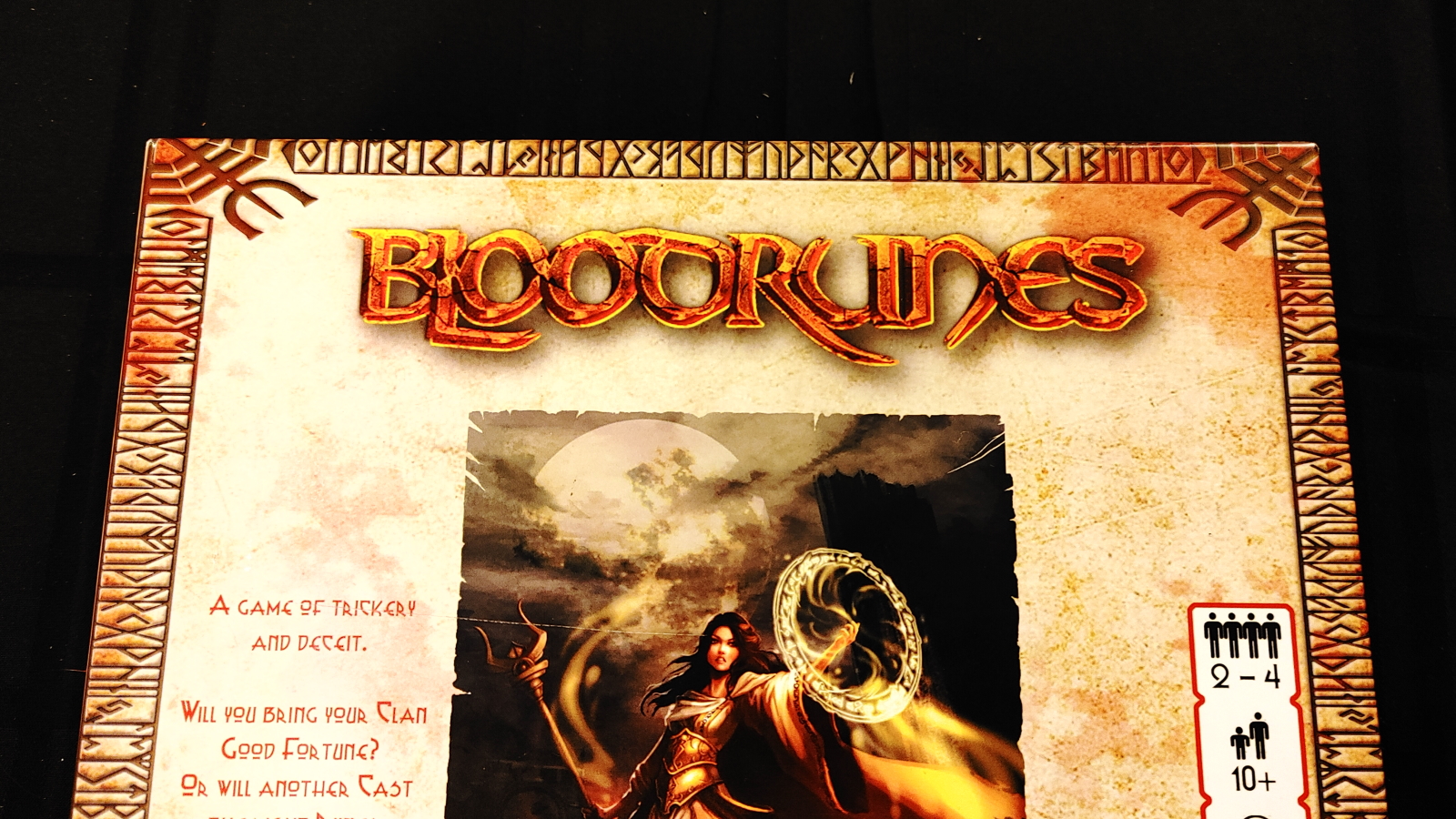 Odin’s favor is waning. The runes speak. There are other tribes, other seers, who fight in this land, and only one can have the favor of the gods.

BloodRunes is an upcoming board game from Zoracle Games for 1-4 players where you take on the role of rune-reading oracles leading your Viking tribe to victory.  You will gain acolytes, gather and place runes, then use them to cast spells.  These spells improve your tribe’s fortunes while ruining your opponent’s.

The main way to progress in the game is casting spells.  To do so, you must match the rune pattern on the card to the runes on the casting board.  Each player uses the same casting board, so runes used to cast a spell for one player will often not work for another, or might be useable to cast a different spell for a different player. 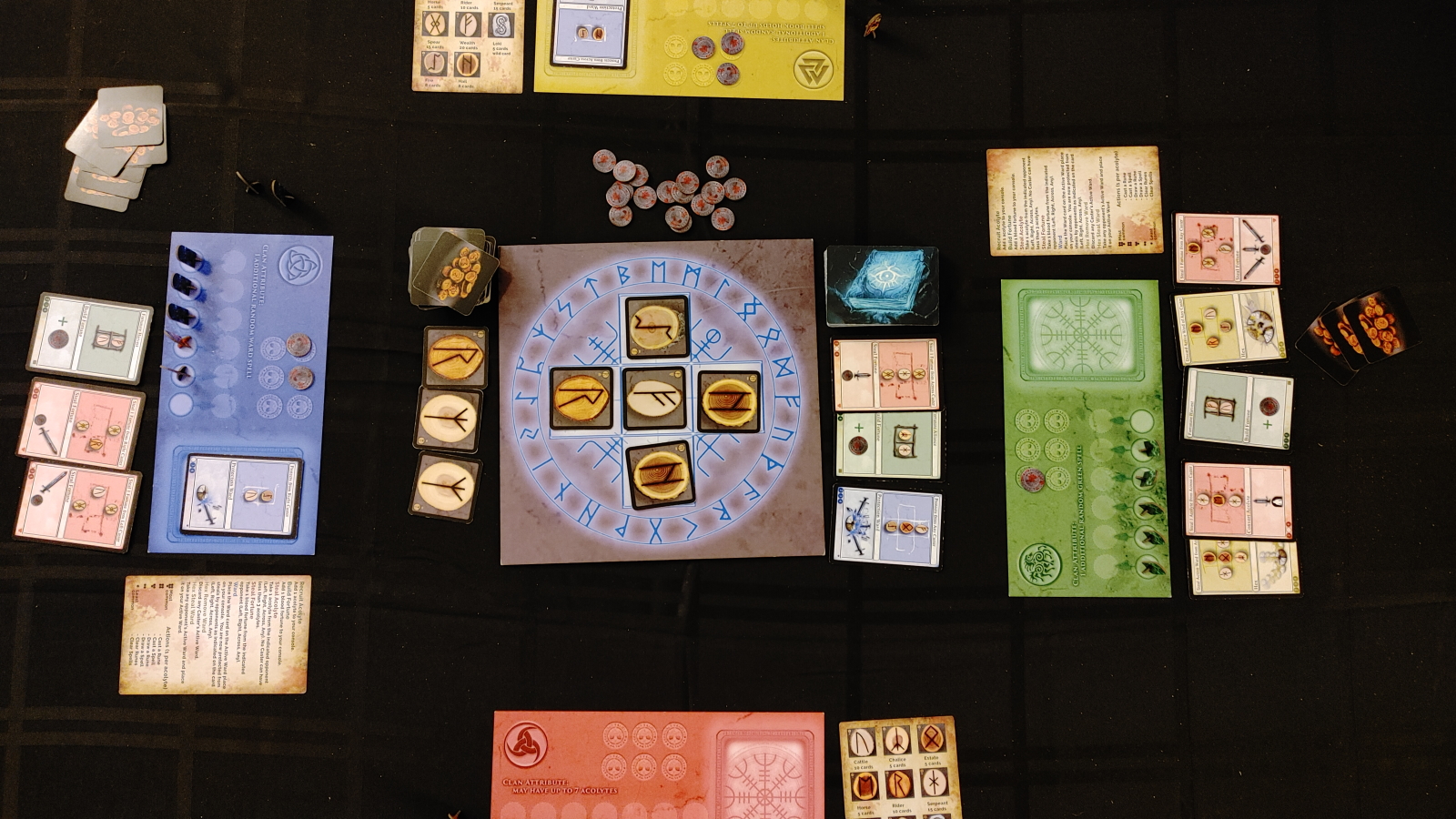 Since the number of acolytes you have determines the number of actions you can take, the spells granting more acolytes are the first step towards power.  These can either be from making a new acolyte from your own pool, or stealing an acolyte from another player, reducing how many they will be able to make during the game.  Players can also cast ward spells to prevent aggressive spells from another player, as well as hexes, which dismantle any active ward. The final goal of the game is to acquire 6 blood fortunes by any means necessary, so once you have your defenses up and have raised your army of acolytes, you should do your best to create, or steal, those favors next.

There’s a lot to like in this system.  For one, each rune you place can be used by an opponent to potentially attack you, so taking an action to cover up a rare rune that an opponent needs is very often the best use of an acolyte.  The action economy ramps up to a satisfying crescendo when everything goes well, with players sometimes dropping an entire spell in one go and casting it before anyone can respond. 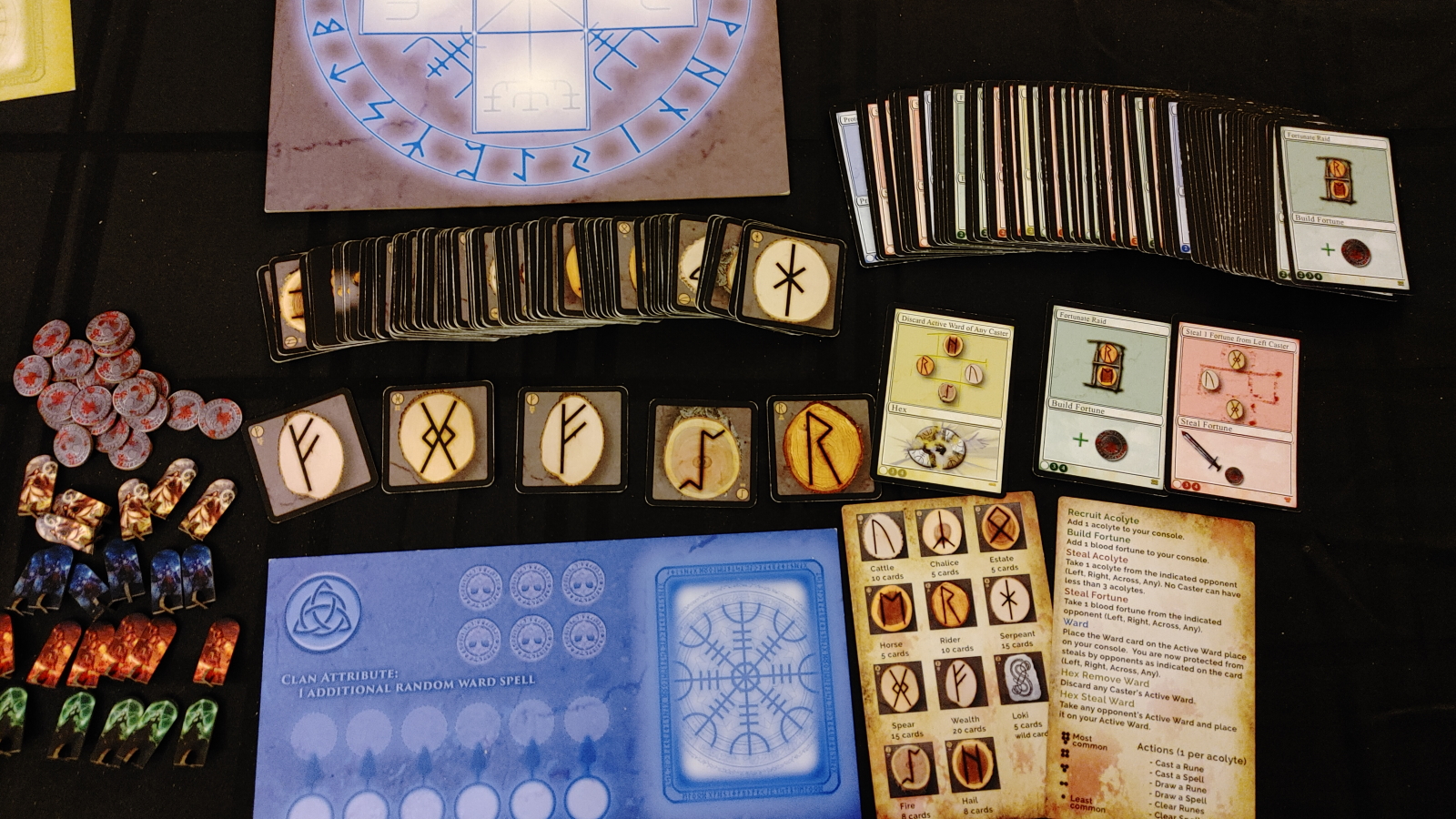 The theme is something I can’t help but fall in love with.  Using runestones as a means to casting the spells is a lot of fun, as well as the light puzzle action of making the most of what you get on your turn.

There’s already a lot to look forward to with BloodRunes, and I can’t wait to see what changes before the final edition. Bloodrunes is definitely something I’ll keep an eye on.  You, too, can follow the game on Facebook and back it on Kickstarter when it goes live on November 1st. If you get on the Prelaunch list by pushing the “Notify me on launch” button and back the first day, you’ll get the guaranteed early bird pricing of $30 instead of $35!