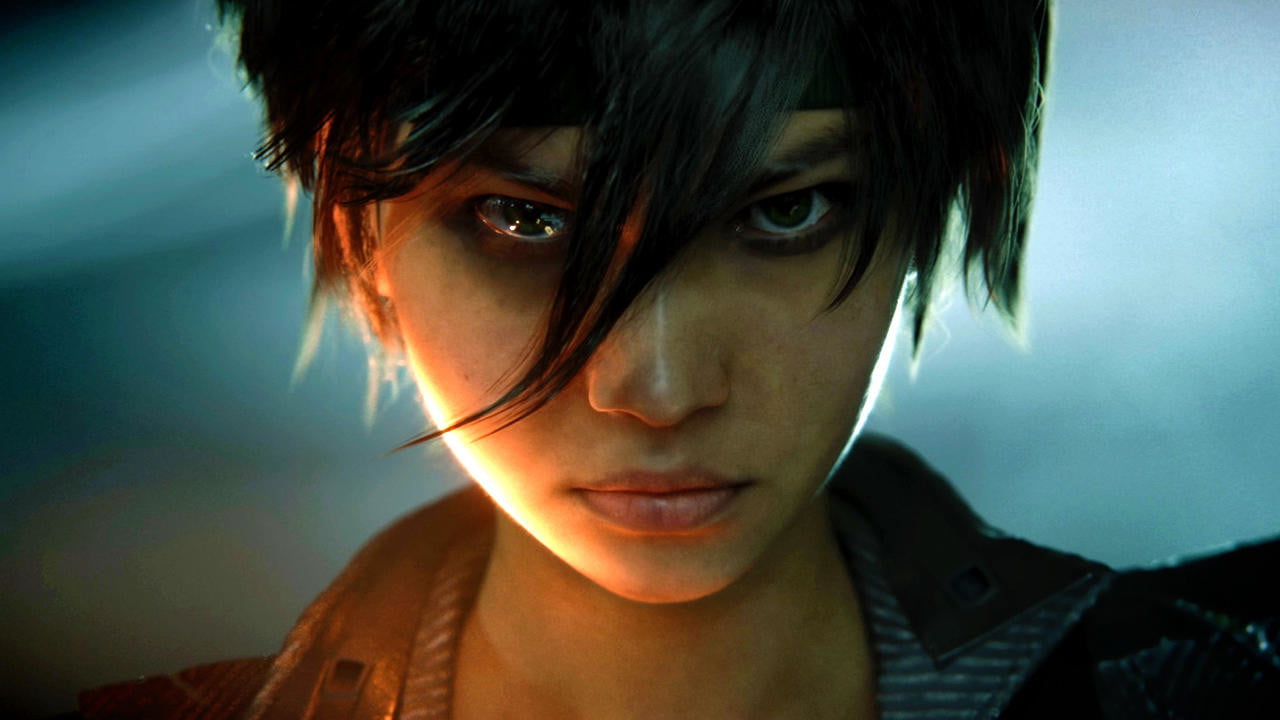 Beyond my wildest expectations — Beyond Good & Evil 2 E3 2018 preview

It’s truly rare when a company shows you their toys this early in the process, but that’s precisely what Ubisoft has done with Beyond Good & Evil 2.  Their reasoning is simple, and fairly genius — they want to build a world, and they want us to come along for the journey. Partnering with Joseph Gordon-Levitt and his crowdsourcing company HitRECORD, fans will be allowed to contribute to the world Ubisoft is creating.  They’ve created an opportunity to send in art, music, graffiti, and more in some way, but I’m getting ahead of myself — let’s talk about the world where all this madness lives first.

Beyond Good & Evil 2 takes place at some time near the end of the 24th century in between where two galaxies are colliding — a place called “System 3”.  You play the captain of a ship out to recruit the best possible crew to punch through the Moksha Portal and explore the vast universe beyond it. But before we can do any of that, we had to, as it said on the screen “Press that F***ing start button”.

The setup for Beyond Good & Evil 2 is that a group of explorers left Earth on a colonization mission a long time ago.  However, they traveled so far and for so long that they eventually became sterile. To stay viable in their mission, they turned to cloning devices to repopulate, ergo, everyone you’ll meet is a clone based on those people who came centuries before them.

When you create your own space pirate captain, you will choose the visual identity of that character.  Yes, your captain will be a clone, but that doesn’t mean you’ll look like everyone else. During our demo (and along the wall via artwork) we saw a great many configuration options for several of the races in the game.  Every race in the game has been bred and engineered to do a specific job, but you are a space pirate — the ultimate rebel act is to escape this oppressive pre-assignment and choose your own path. This means that just because Hybrid Monkeys are meant to be miners doesn’t mean you can’t be a sword swinging gunslinger — you can choose to be something more.  The team is aiming to create a huge cross section of diversity among pirates, just like the human population.

The sense of scale in this game is massive.

Our demo takes place on the planet of Soma, starting in Ganesha City.  The first settler built here because the continent reminded them of India back on Earth.  Soma has a specific ecosystem as one half is always facing a gas giant, with all of the usual and expected biomes, but the other is always facing towards the icy blackness of space.  This side is always being bombarded by meteorites and is generally a giant wasteland. The locals believe that the gods live on this dark side of the planet, protecting the light side.  It’s also where all of the valuable minerals and materials are, full of cosmic rocks and items that have drifted in from space.

Beyond Good & Evil 2 can be played solo, or with your friends in cooperative play.  At E3 2018 we saw a two player demo. One demo driver was playing a hybrid monkey he had customized with a facial tattoo and a dark outfit, making him very different looking than the Shani we saw in the trailer.  Similarly, our other demo driver picked her own version of Shani, the pilot of the hoverbike in the trailer, but with her own customization. With characters picked, we started our adventure in a temple underneath Ganesha City.

It’s concept art, but it is very representative of the look and feel of the game, even in its current state.

The team feels like every space captain needs four things: a sword, a shield, a gun, and a jetpack.  In addition to these pillars of combat, there are also augmentations that every character can use to match their play style.  These can be things like pushback, paralyze, slow, and health drain, to name a few of the augments we saw during the demo. The team is promising that there will be “a lot” of these available to match anyone’s play style, promising that you’ll be able to steal, earn, buy, or trade these all over the galaxy.  Augments look like the way you’ll best define who you are as a space pirate.

Exploring the temple, we see the sad truth of what happens when cloning is a reality.  Corporations are making hybrid clones, but they consider them “less than”, creating entire subcaste citizens, and literally discarding their broken bodies in the trash when they are no longer useful.

Using our spyglass, we look over the enemies in the temple. We scan them and pick up their corporate alignment, what types of augments they have (they have access to the same augs that you do), and what equipment they are packing.  Naturally, you can take any or all of this equipment and augmentation from them, provided you’ve got the skills to take it off of them. The fight ends up being a little more challenging than expected as our foes can use slowdowns, shields, and health drains.  Even though the game is clearly at least a year or two out, the combat already looks like it works.

With our foes dispatched, we scan the monkey on the table.  He was cloned as a mechanic, and thankfully he’s still alive.  We can recruit him as a crew member for our ship. The team says that recruiting will be one of the primary progression engines that moves the game’s development arc.

In the interest of player choice, the team is also taking an open world approach to vehicles.  If you can see it, you can drive it. We snag an overbike and a fighter and break for the city surface.  We are greeted by a giant fresco and a massive Rama statue with augmented reality holograms in each hand — a nice blend of old and new.  Looking around we see a police station, temple, bank, and some stores. We can buy augments, clothing, weapons, and more at the stores, and we can bankroll our purchases by knocking over the bank!  I imagine the police might have something to say about that, though.

Speaking of the police, we attract the attention of the local constabulary for our in-city shenanigans. The vehicles can be customized with different weapons, as well as cosmetics and emblems.  Unleashing some decoys to split up the teams chasing us, we use homing rockets to take down a few drones, breaking hard for orbit.

It’s from last year’s demo, but it’s a good look at one of the ships you’ll be piloting.

From this distance we can see giant geoglyphs on the ground that remind me of the Nazca lines in Peru.  Perhaps we’ll want to go figure out where these lines came from, why they are there, or what might reside at the end of them?  Leaving Ganesha City, we use hyperspeed to warp 2000 KM, through another city, across a massive continent with dozens of similarly sized cities, across an ocean, through the atmosphere, and to the mother ship, without loading, and all while under direct player control.  Better still, our partner had already made their way up here — there’s nothing stopping you from exploring the universe on a completely separate path.

Beyond Good & Evil 2 is aiming to provide a literal universe of sandbox to explore.  To demonstrate this, our demo driver pulls back a little further. At this distance we can see the entire continent from the atmosphere.  Hurtling even further away, we can now see the planet Chandra as it rotates around the gas giant of Dryaus amidst six other planets in this solar system.  Beyond this lies the galaxy viewer. Though they didn’t show it during the demo, the team reveals that there will be large ship combat in space — Beyond Good & Evil 2 is nothing short of ambitious, thanks to the new Voyager Engine that powers it.

While our taste of the game was painfully brief, everyone in the room was blown away both by the technical aspects of the game, as well as the depth of the universe that Ubisoft is trying to build.  While there have been hints at a beta in late 2019, this is a title for 2020. They’ve got a little time for worldbuilding, and we’ve got a little time to enjoy being a part of that process.

Beyond Good & Evil 2 is coming to Xbox One, PlayStation 4, and PC at an unspecified point in 2020.

Beyond my wildest expectations — Beyond Good & Evil 2 E3 2018 preview