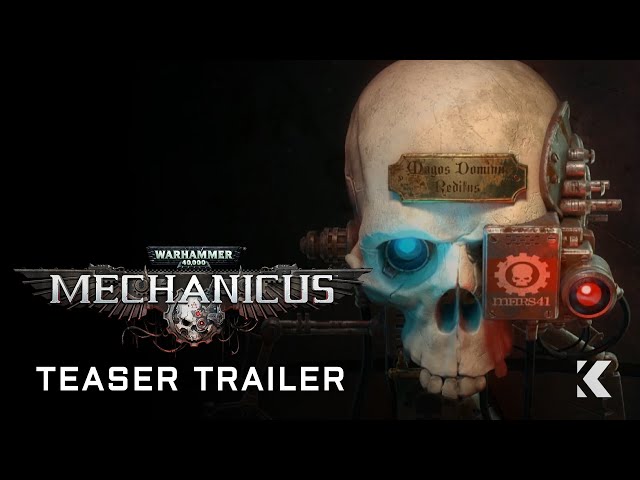 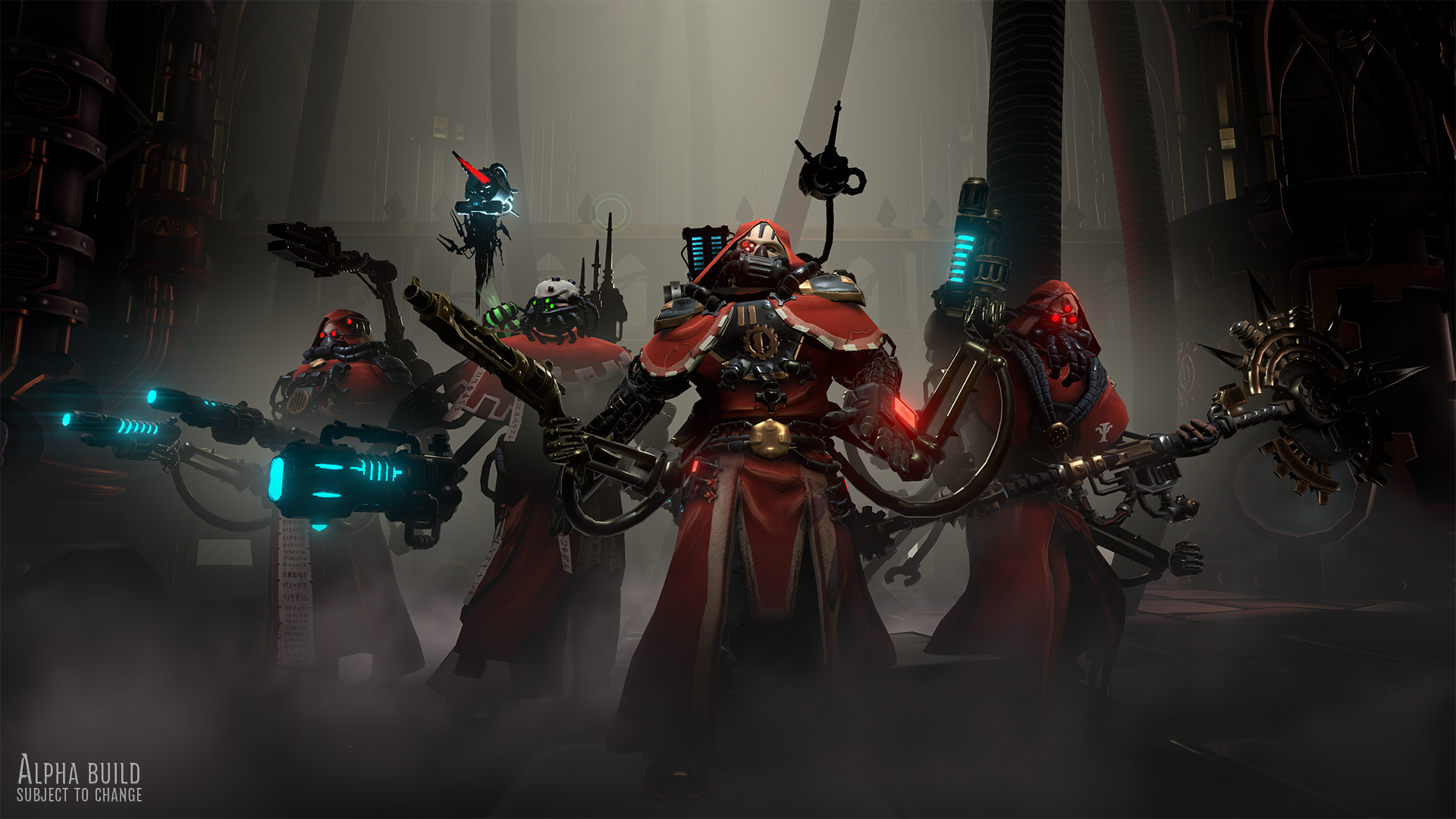 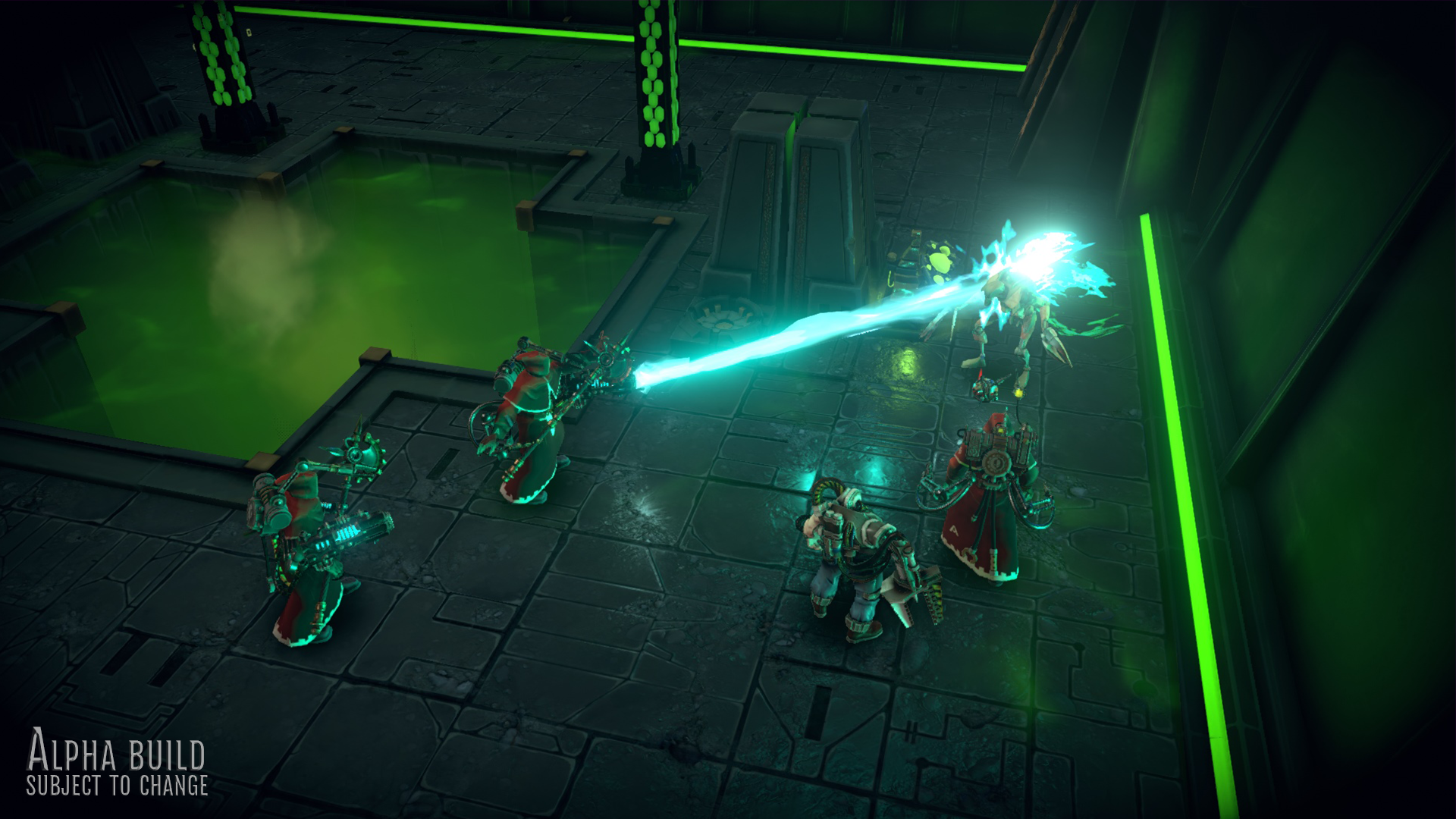 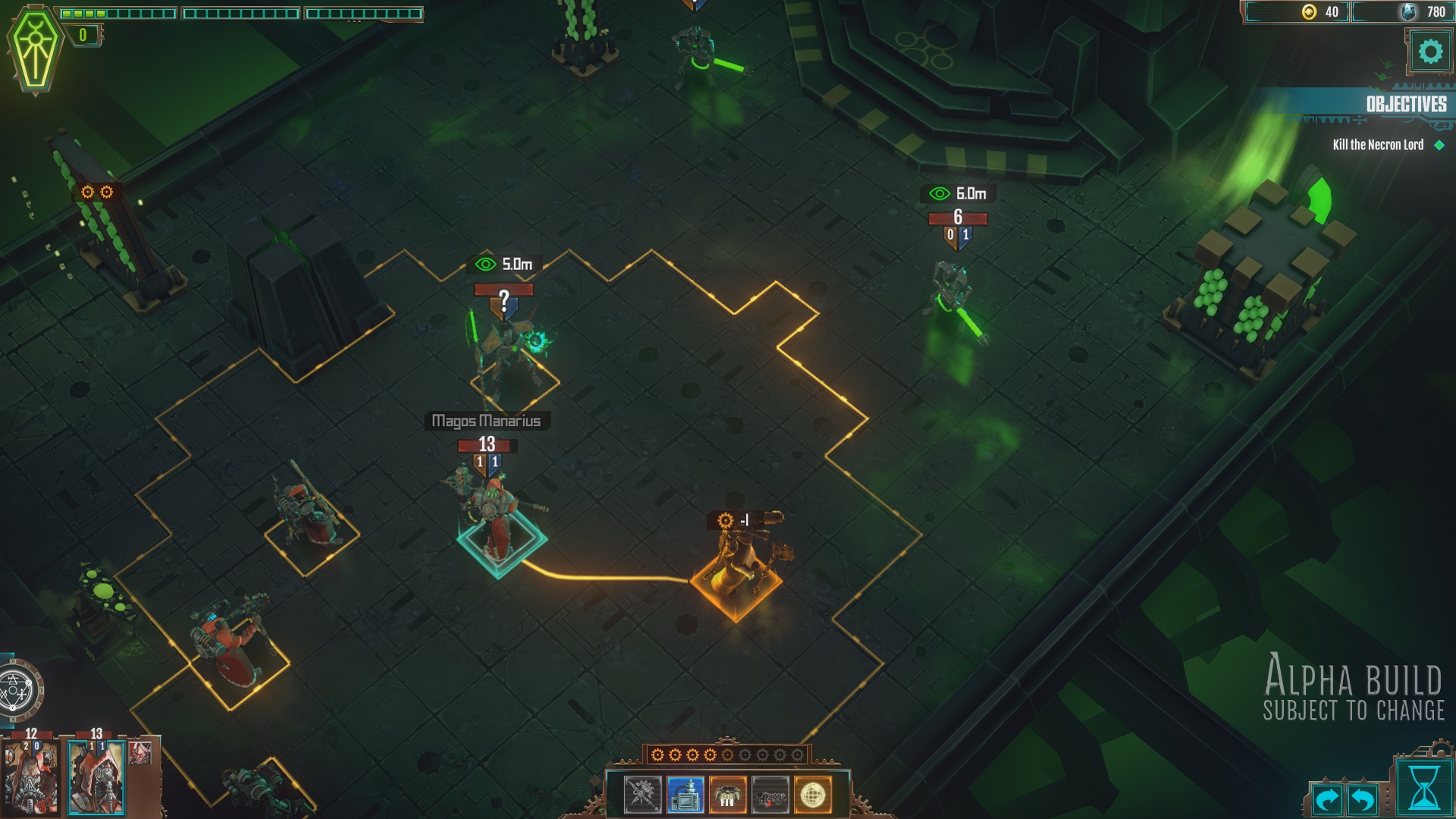 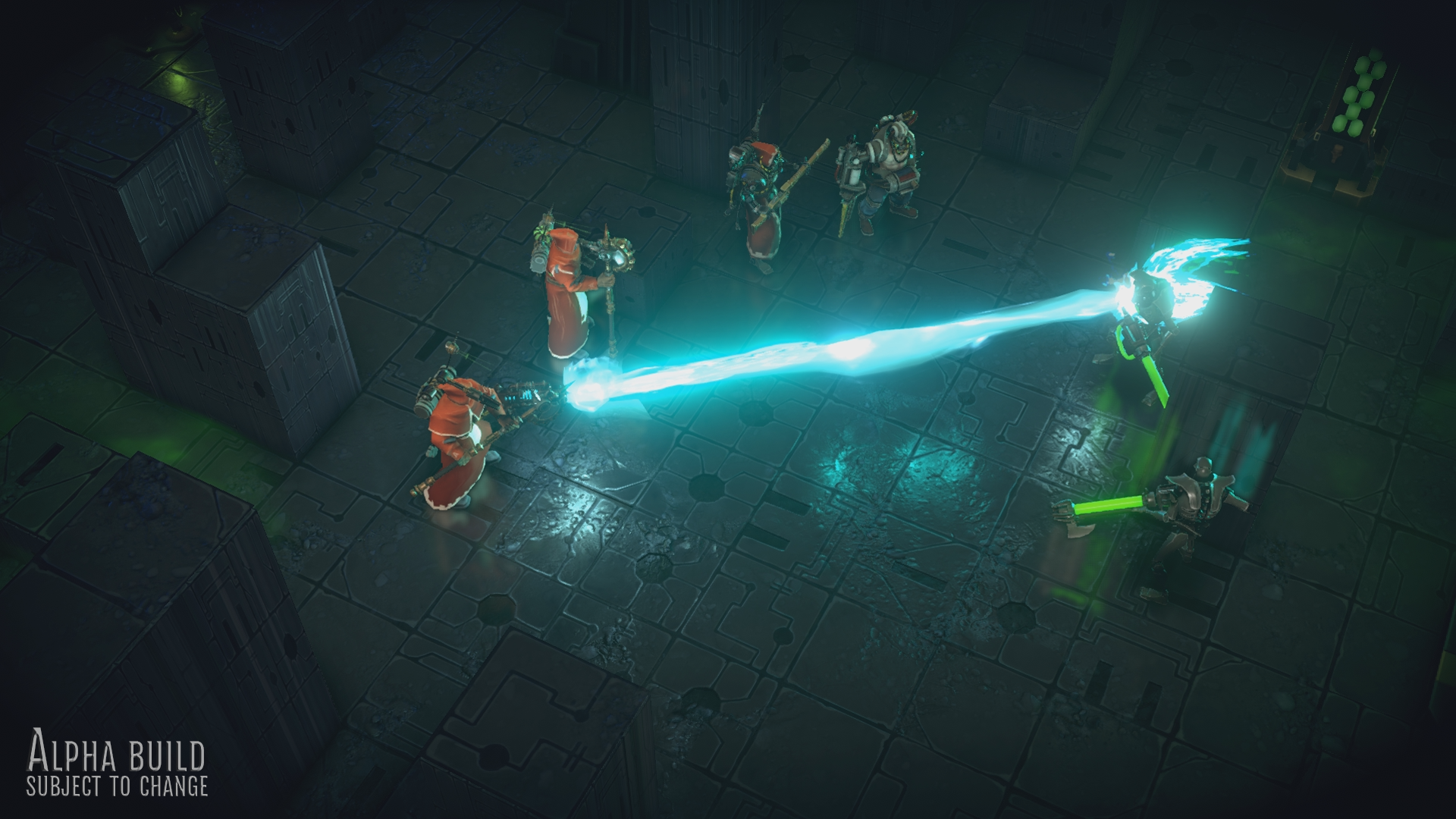 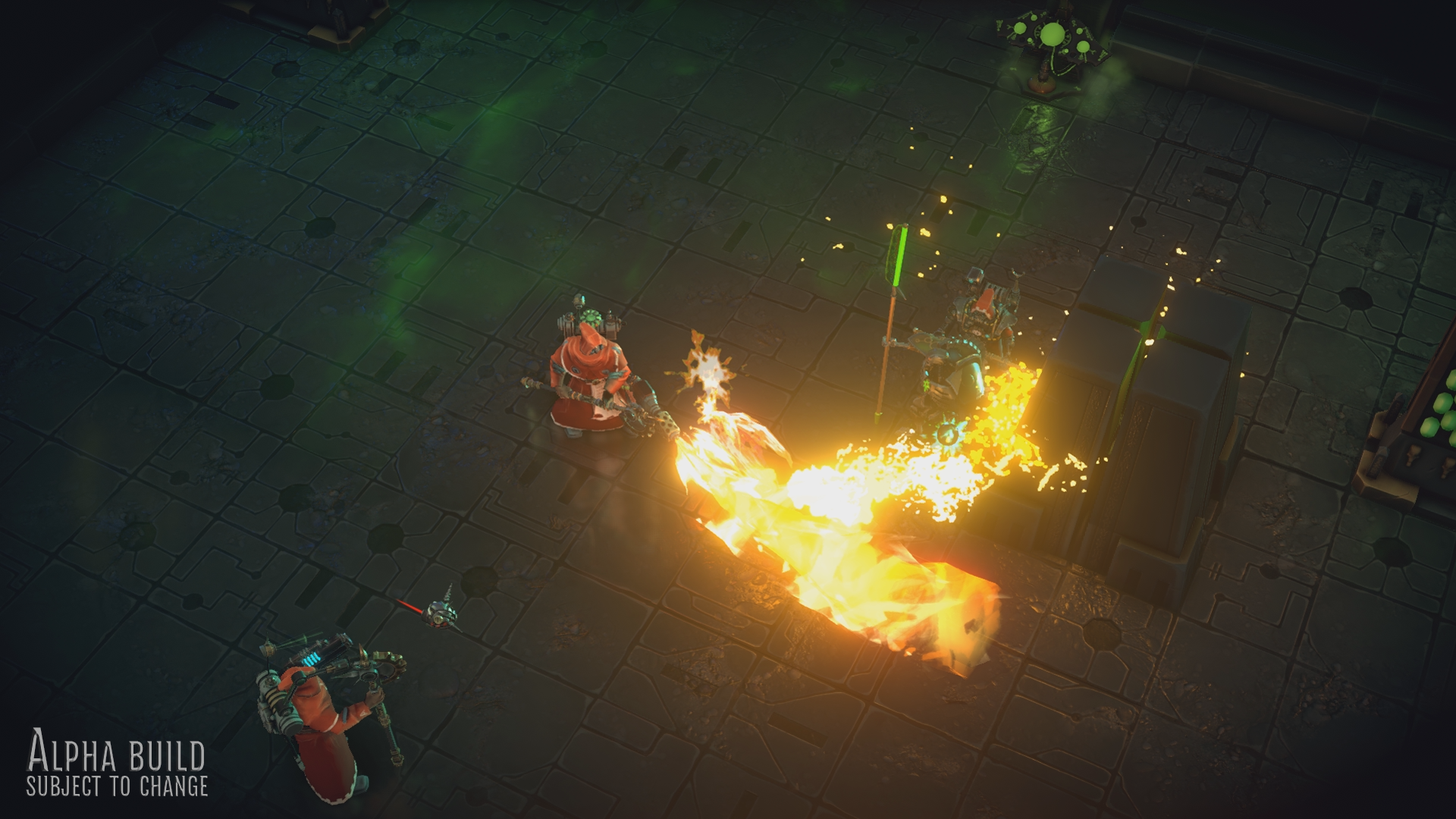 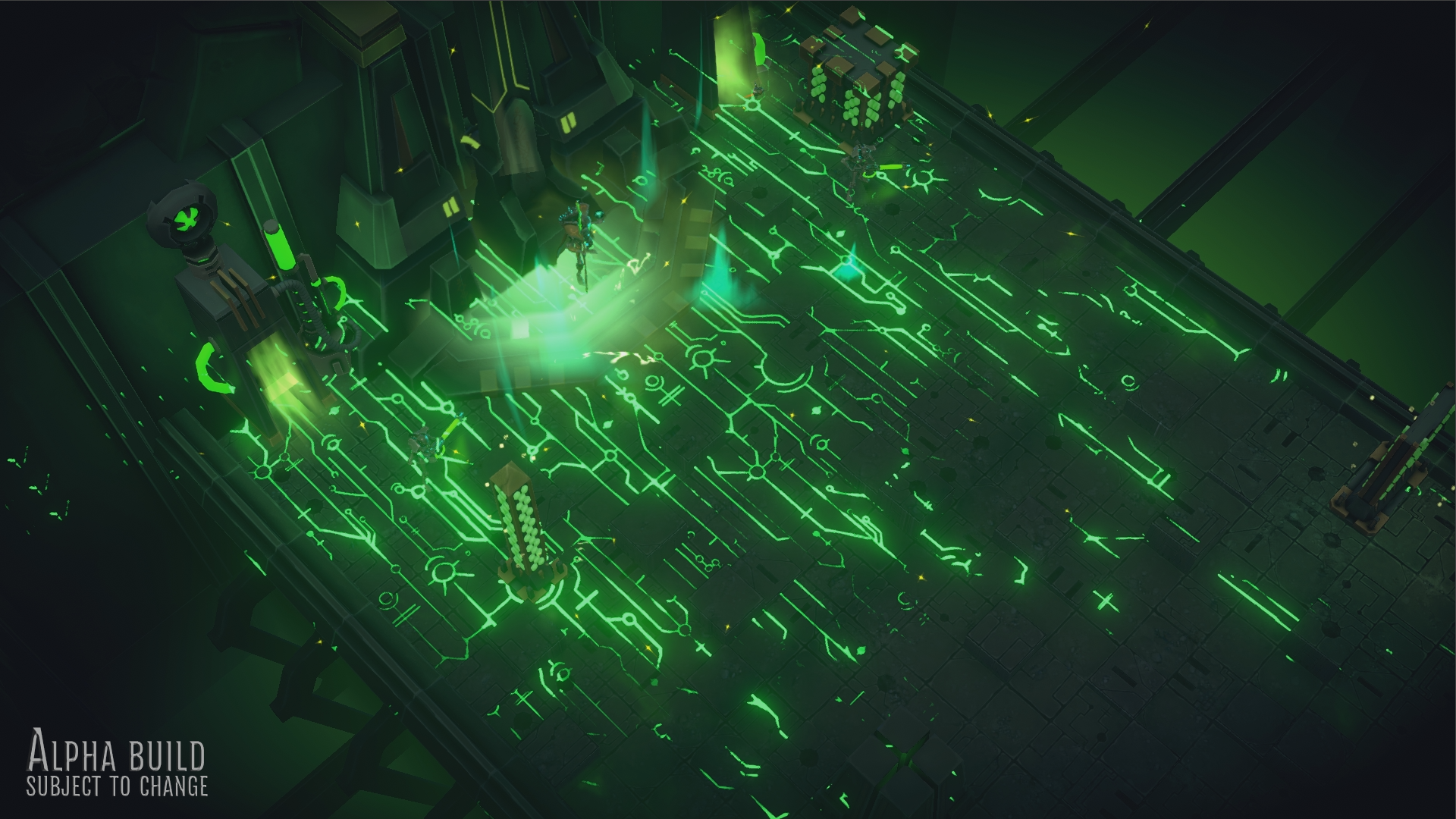 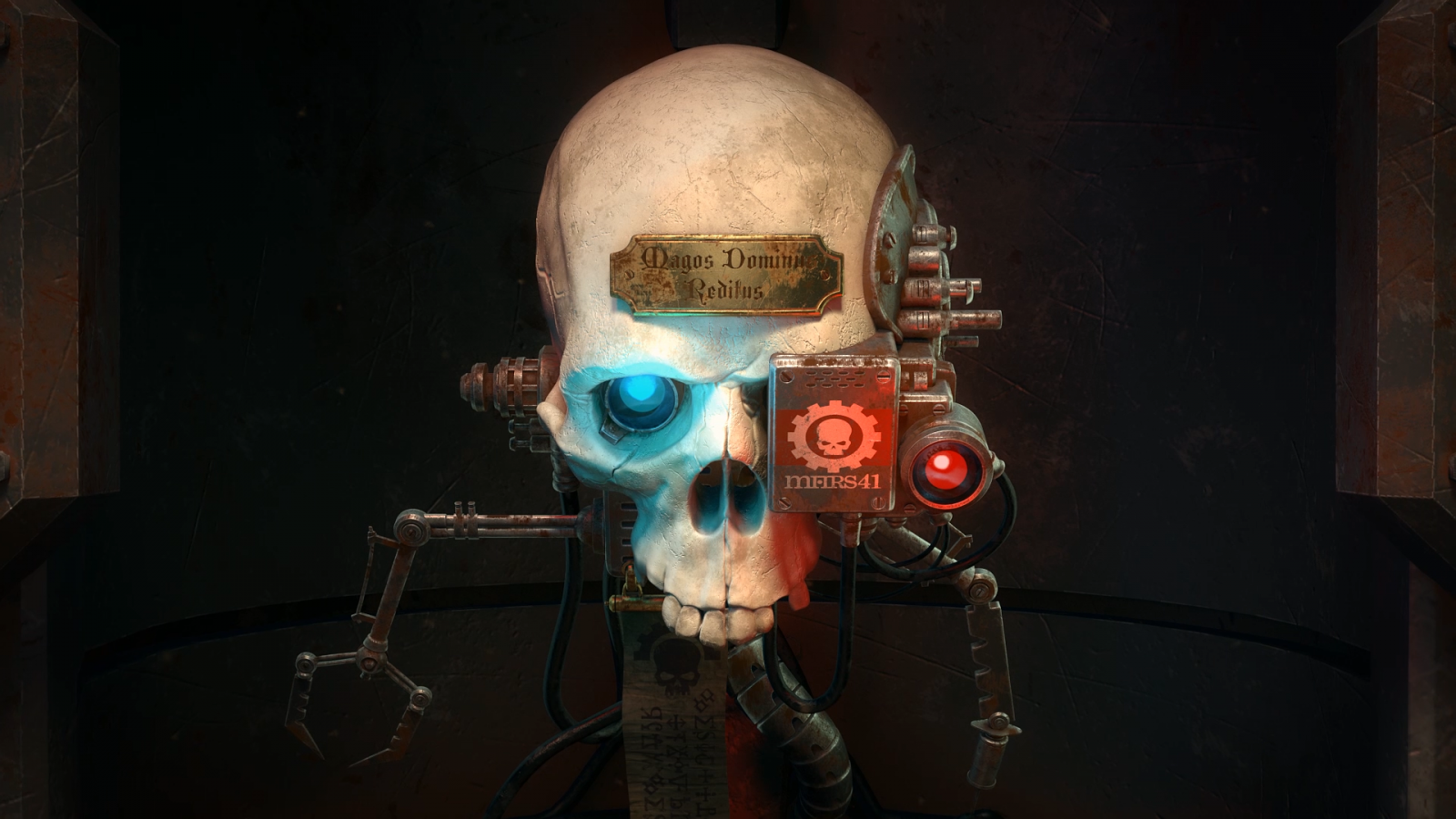 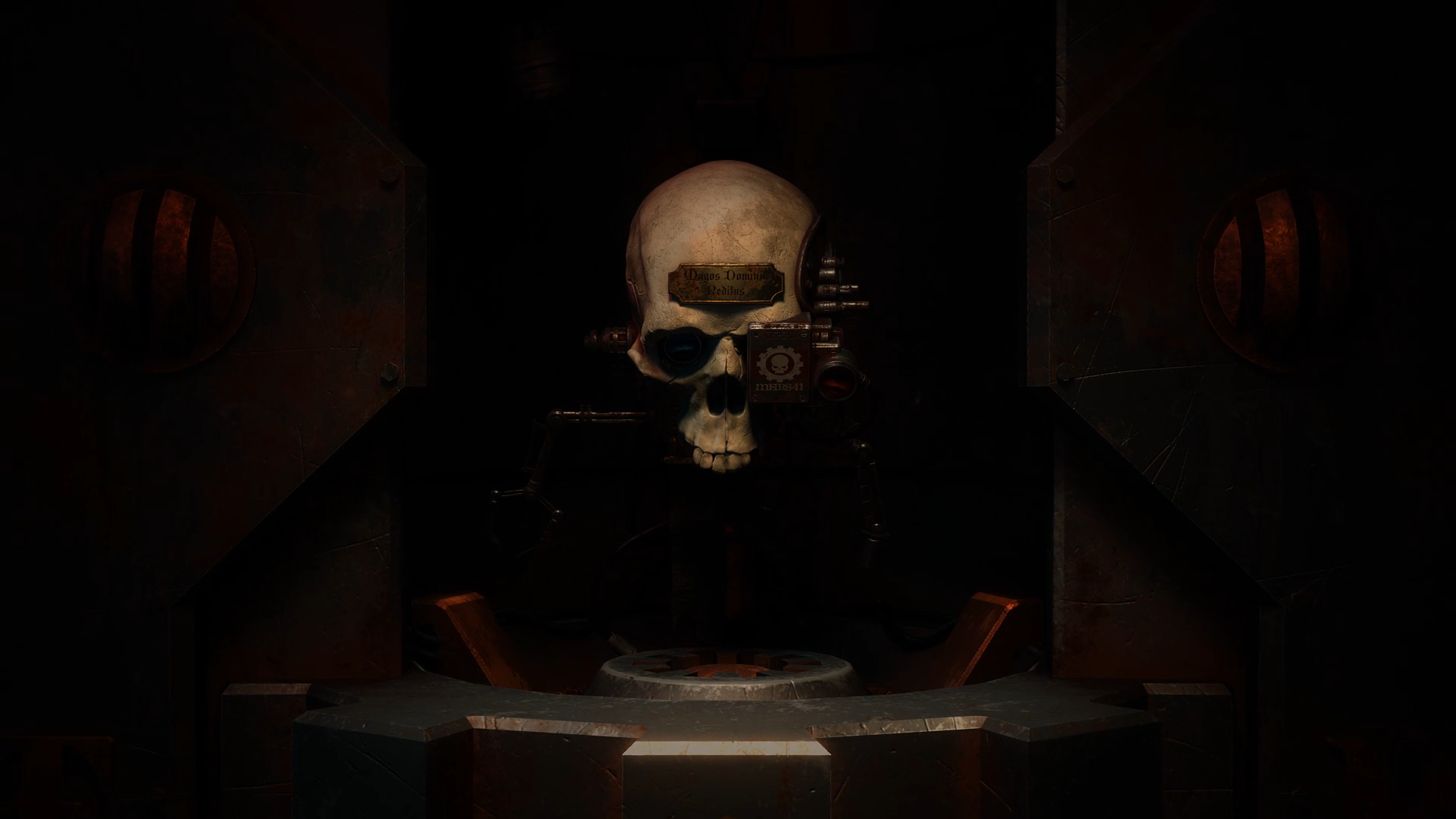 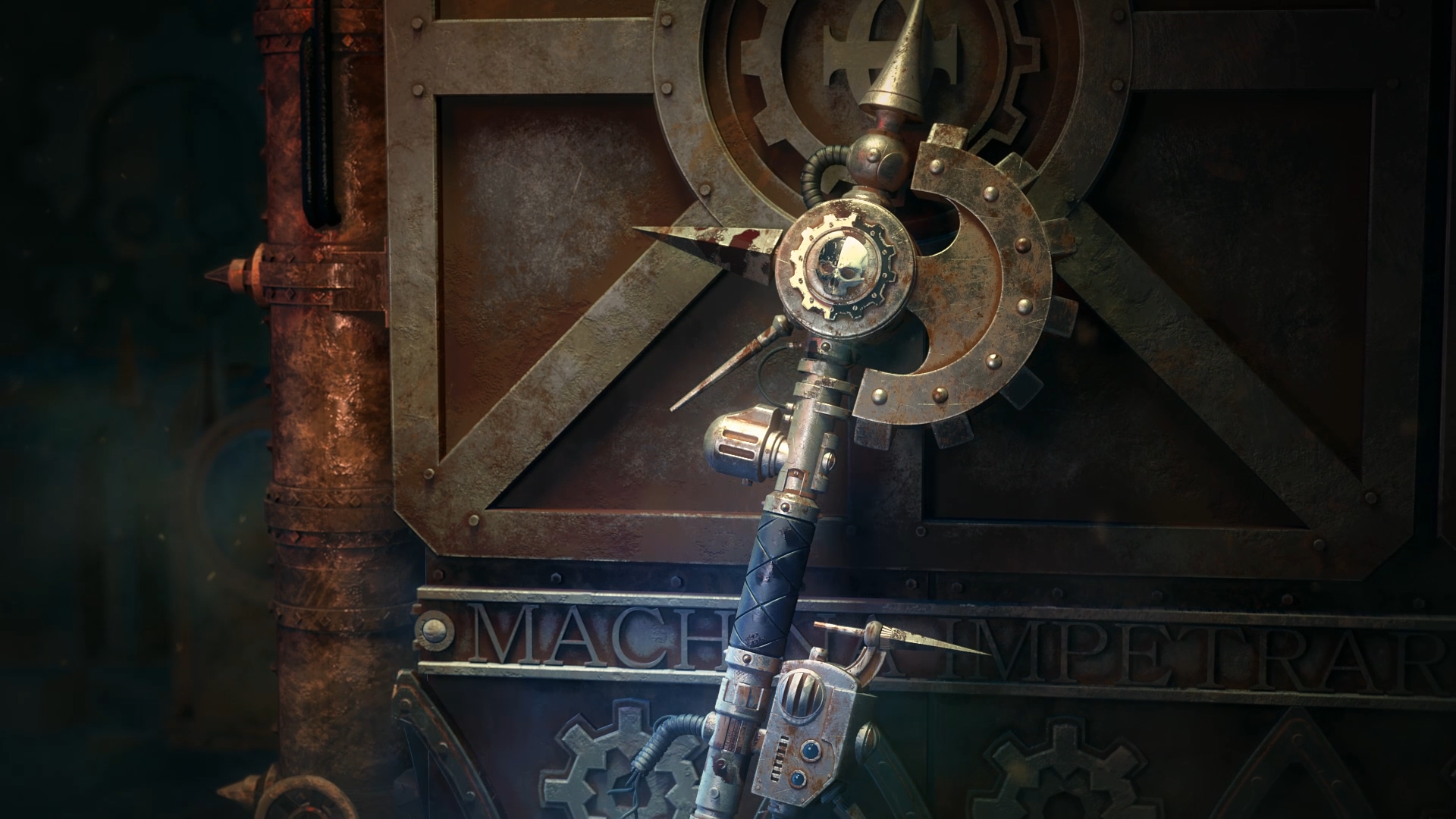 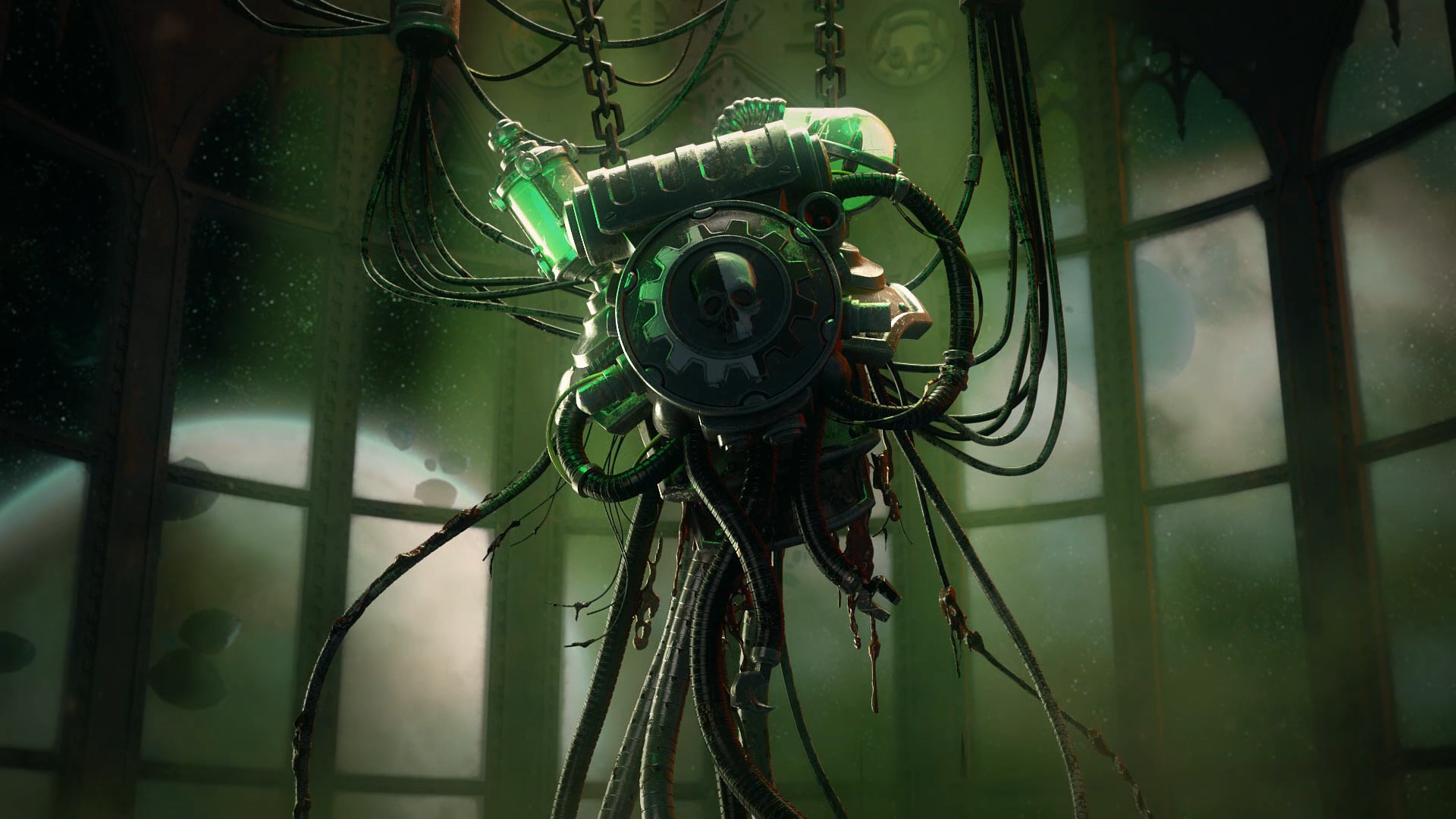 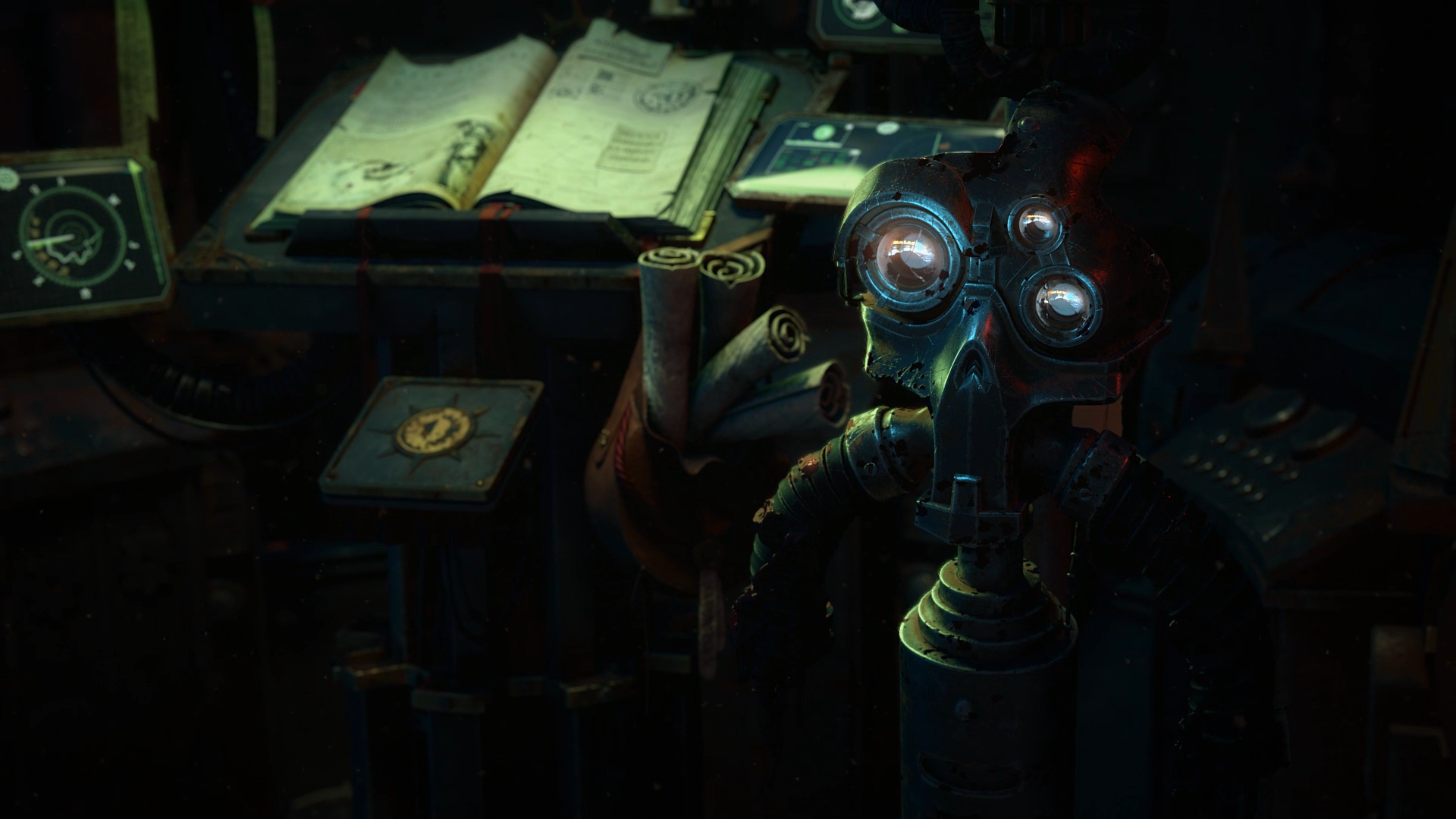 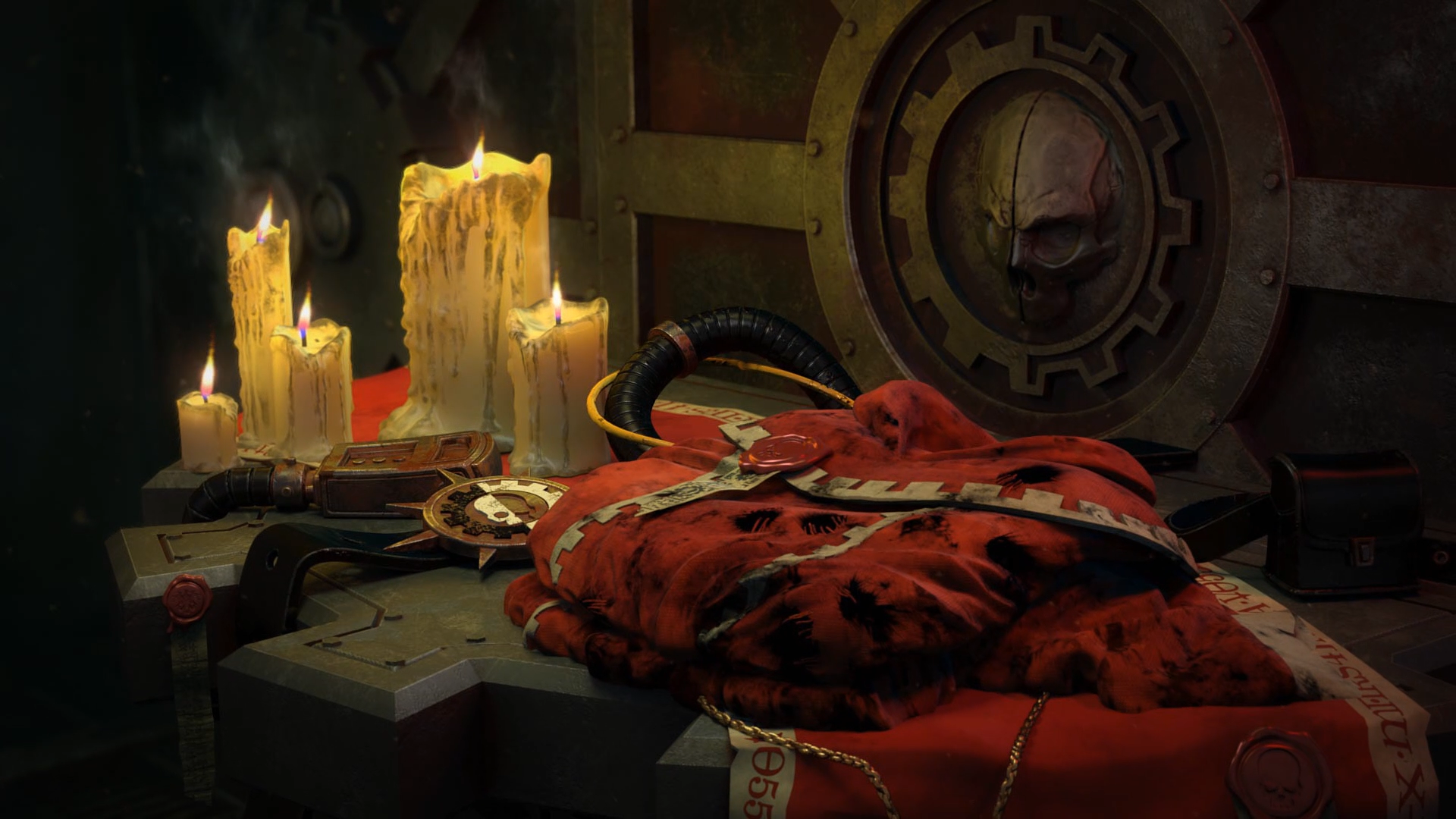 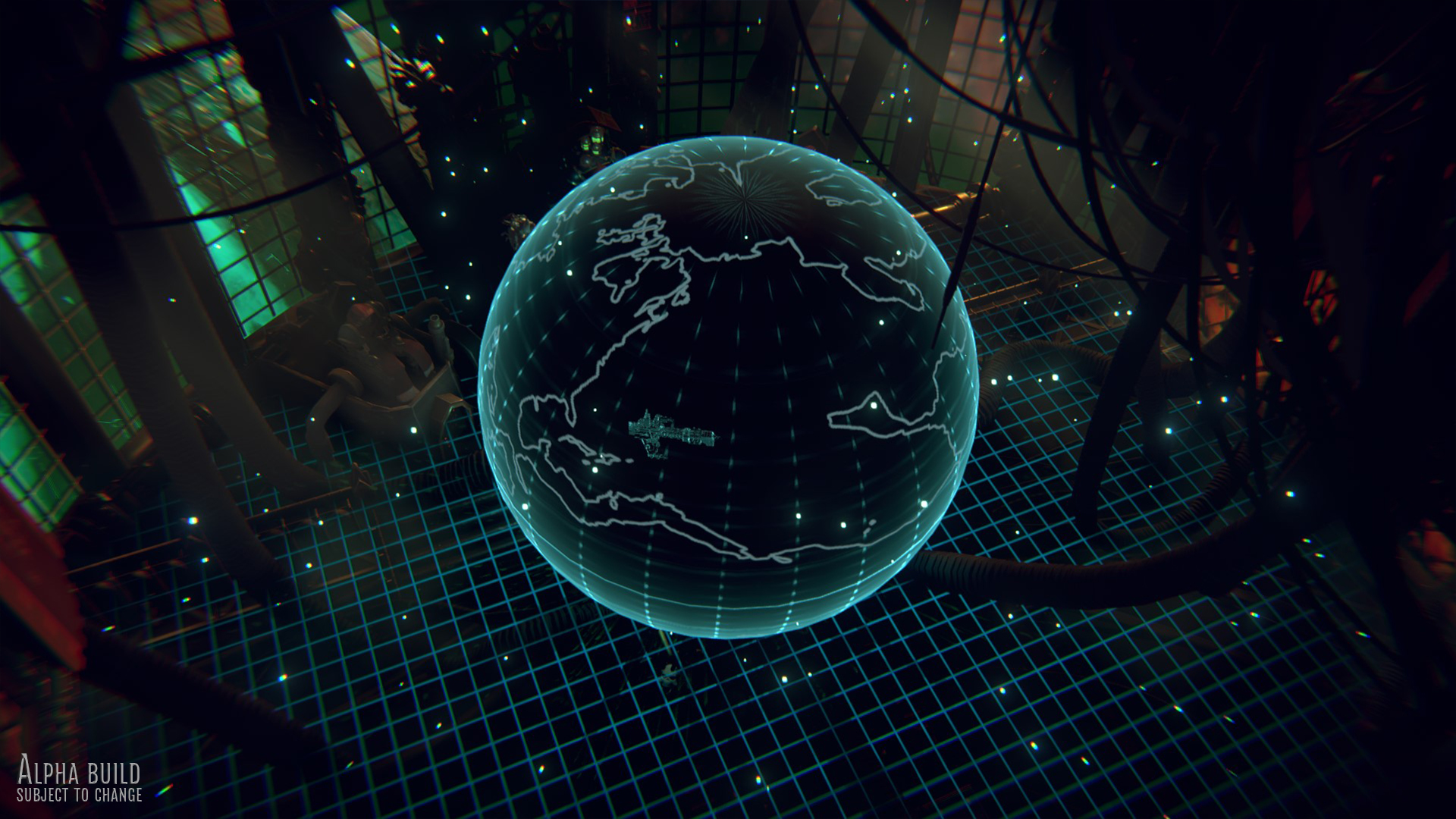 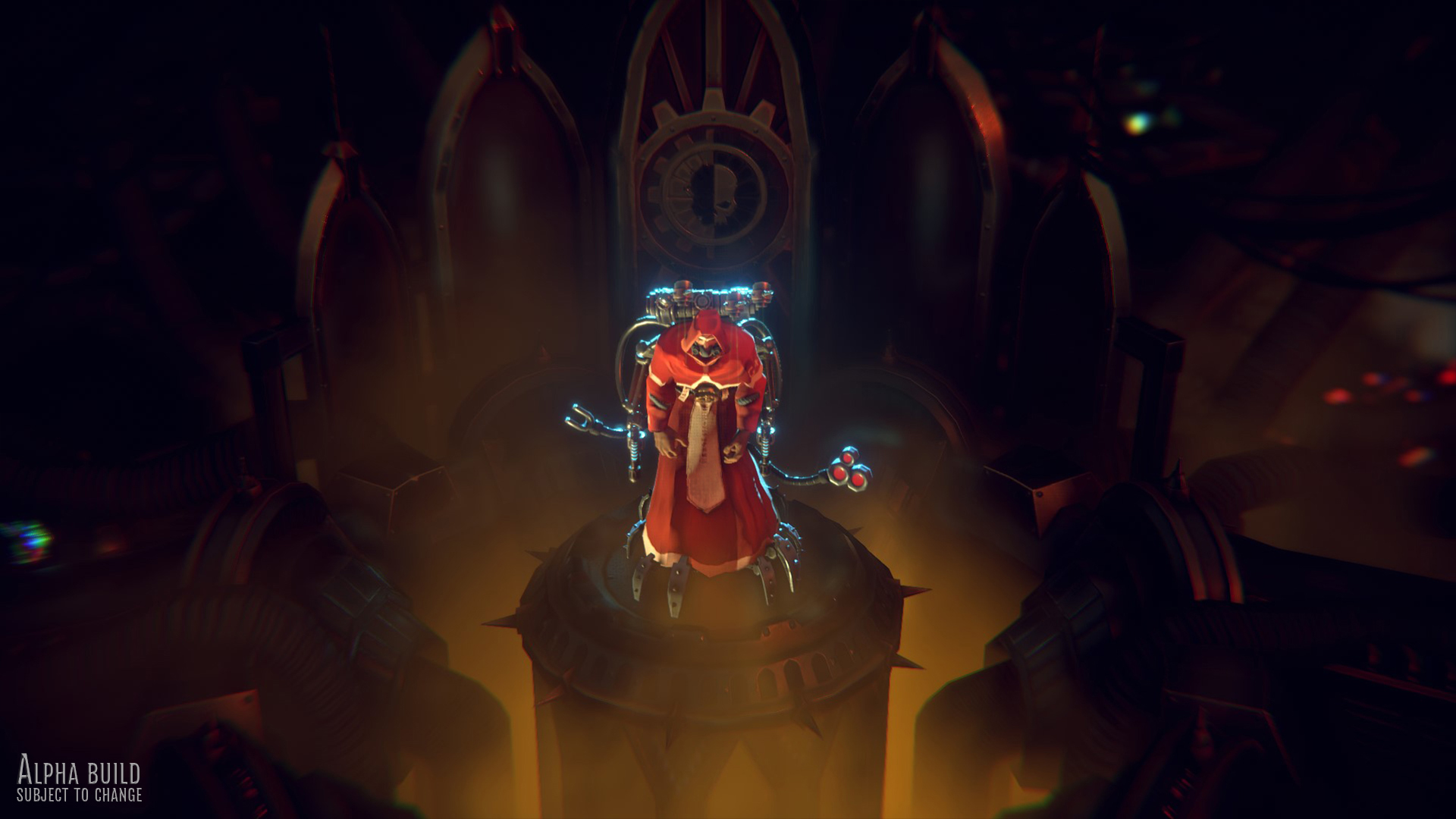 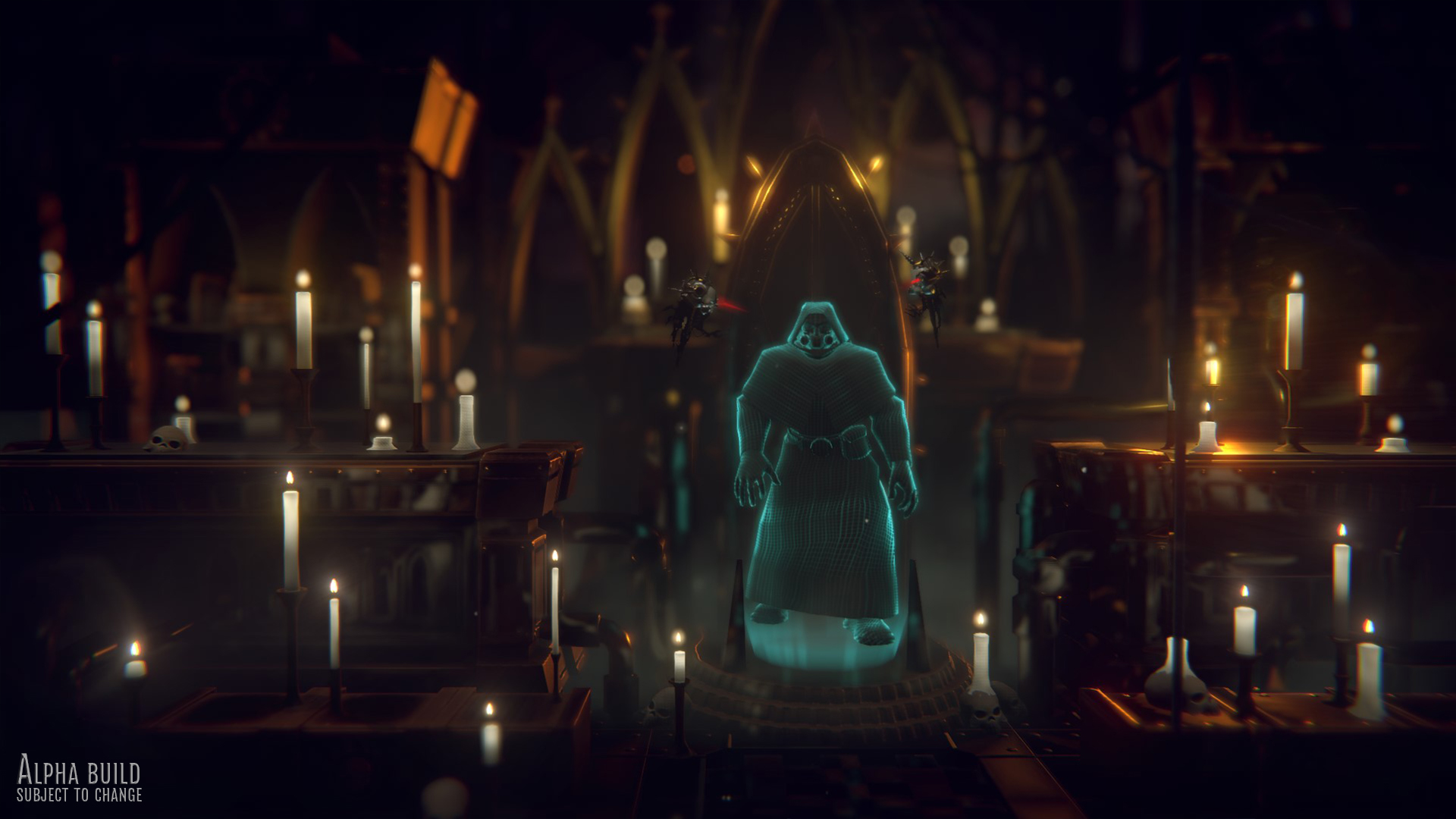 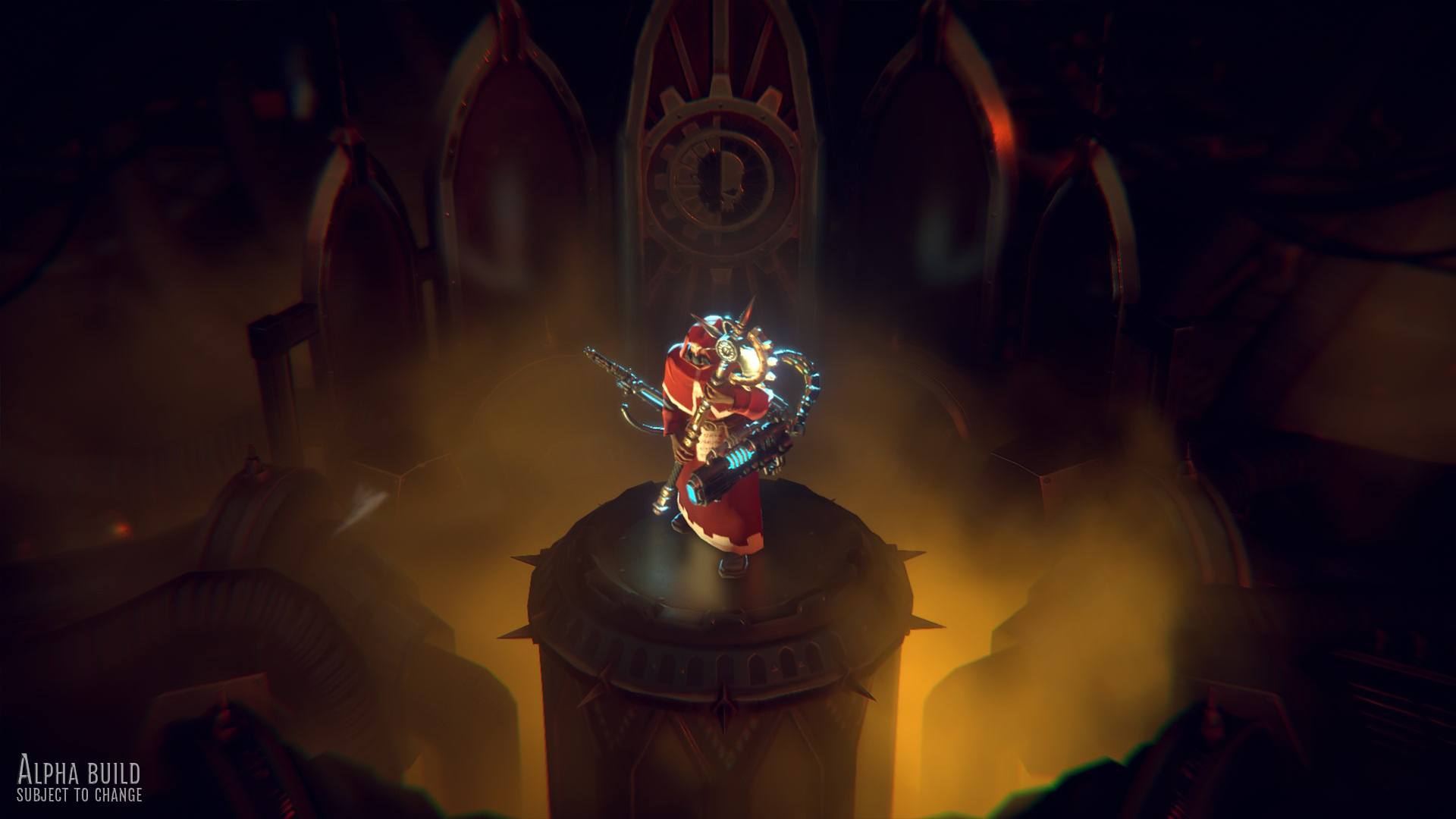 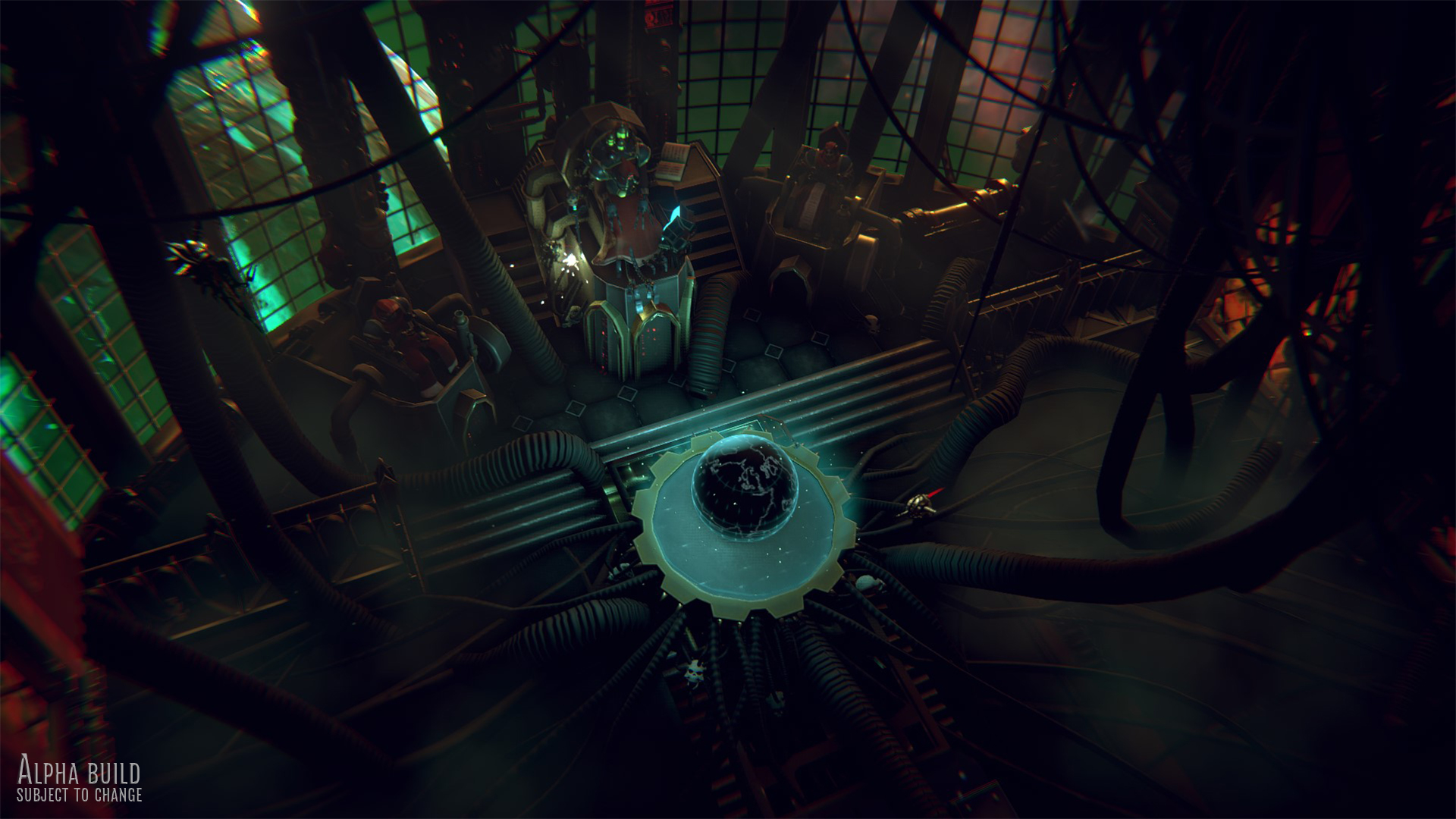 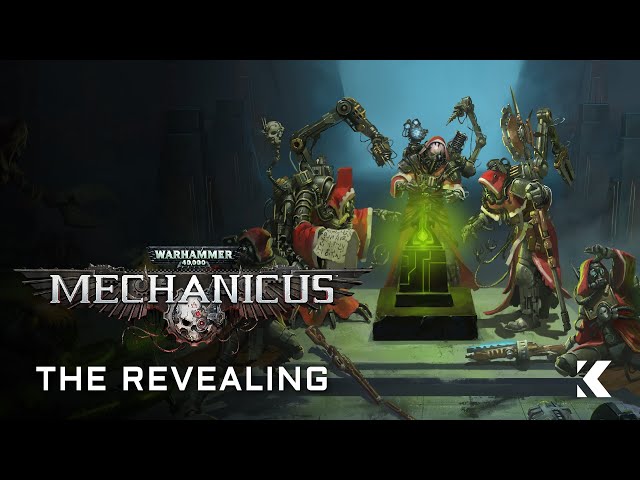 This year at E3, I took a peek at the newest addition to the Warhammer 40K family, Mechanicus.

Being an avid Star Trek fan, I’ve grown up with a generic distrust of mechanical-human hybrids. However, it was only minutes into my demo that I was rooting for my battalion of borg.

Take control of one of the most technologically advanced armies in the Imperium – The Adeptus Mechanicus. As Magos Dominus Faustinius, you’ll lead the expedition on the newly rediscovered planet of Silva Tenebris. Manage resources, discover long-forgotten tech, plan tactical operations using the Noosphere technology and control your Tech-Priests every move.

Your every decision will shape the missions ahead and ultimately decide the fate of the troops under your command. However, choose your path carefully – the Imperium depends on it.

My demo started with quick overview of the game’s backstory: The central race, Adeptus Mechanicus, branched away from humanity millenia ago. Augmenting themselves with mechanical limbs, organs, and neuro-implants, they endeavored to make themselves in the image of their machine god, the Omnissiah. Black Library author, Ben Counter penned the narrative – a story that is both deep and dynamic. With 4.5 alternate endings, countless dungeons, and an immense amount of customization – there’s plenty of replayability built into this title.

After customizing my loadout, and arming my Tech-Priests with the latest “Doctor Octopus” themed weaponry – we were ready for our first deployment. My units were directed to explore a dungeon – twisting halls leading to open spaces, each with multiple paths to choose from. It wasn’t long before we encountered enemies – our first battle.

Religious overtones can be found in just about every aspect of the game. Tech-Priests lead units of cannon-fodder “follower” units – cantrips are called to deliver nuclear-level devastation. Gameplay is turn-based, but with a twist. Each unit is capable of exhausting all movement possibilities per-turn. Meaning – snappier levels that are still heavily reliant on strategy. For me, it was a killer mix. Units also possess special abilities, such as proximity firing – where a unit will fire if an enemy crosses it’s path, even out of turn. Falling for that trap more than once provided a sudden jolt of excitement, finding out a new piece to an ever-more complex puzzle.

Overall the game felt like something I would inadvertently spend 12 hours playing. With goals ranging from killstreaks to demonstrating flawless domination unlocking new cantrips, along with the hundreds of customization permutations available – on top of a brilliant story – this title has a lot going for it. I’ll be excited to hear an official release date, but knowing that it’ll be available for PC at some time in 2018 is comforting enough for now.

Be sure to check out our shots from the game and head over to the official site for more details on Warhammer 40K Mechanicus.