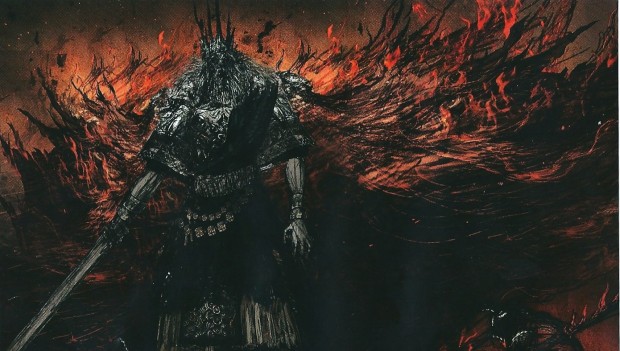 The Dark Souls series has long been a wonder of confusion for people who dislike it, and a trophy of glory for fans. After Bloodborne’s release, many were curious what From Software and game director Hidetaka Miyazaki would do from here. That question was answered during the Microsoft E3 2015 presentation as we saw a debut trailer for Dark Souls III. Not much, gameplay wise, was shown during the trailer but we did get confirmation the game was happening, which was enough to cause an immediately fervor among fans. While there was not a hands-on demo at E3 2015, we did get a controlled demo that unveiled some of the focus for Dark Souls III.

The biggest thing that fans desired was to have Miyazaki direct the game, which he did not do with Dark Souls II. For Dark Souls III, he will be co-directing the project. However, at E3, he was personally guiding folks through a beginning level within the game. At the beginning, the demo seemed like more Dark Souls, with not a lot of meat surrounding it. You are introduced to a gorgeous world featuring spectacular lighting. Visually, Miyazaki touted the game would feature “withered beauty such as a faded sun.” While the words are a bit confusing, the faded sun aspect comes across in the actual game as things look dim, but bright enough to expose the beauty. There are also new cloth/ash physics that blend into the world very well.

When it comes to the story, Dark Souls III will be focusing on the Lord of Cinder. The Lord of Cinder was final boss in Dark Souls, but you see him being resurrected at the end of Dark Souls III’s announcement trailer. The way story bits are revealed throughout the game has changed slightly this go around, as you will now offer flames to small graves hidden throughout the game. Once you do so, you will get a small bit of story information about the situation at hand.

As of E3, the biggest changes found within Dark Souls III seems to be focused around the combat. With the success of Bloodborne, many people speculated that the newest Miyazaki project would feature similar combat as apposed to the slower, more rigid combat found in Dark Souls. With Dark Souls III, the result seems to be somewhere in the middle. On one hand, the player’s movement speed has been increased, but you do see the return of your shield. It is tough to say if the movement is more similar to Bloodborne or Dark Souls without actually getting hands-on, but it does seem to be a balance of the two.

As for the weapons, new stances have been added to three major weapons. The first weapon shown was the long sword, which has a “ready stance.” This allowed the player, if timed correctly, to break the enemy’s block and dash in for a strike. As for the great sword, your special attack involves you launching your opponent into the air, similar to Devil May Cry. Unfortunately, you cannot pull out duel-wielding pistols (got to save something for Dark Souls IV, right?)

If you remember the bows from Dark Souls, the long and short bows felt very similar to one another. This go around, you can use your short bow while in combat and locked onto an enemy. You pop arrows out quickly, with the person playing the demo shooting four or five in the normal time it would take to make one sword strike. Of course, the arrows do not deal a ton of damage, but they will be good at knocking off those pesky few health points on a boss.

The fourth weapon being shown was possibly the most exciting, the scimitar. While scimitars have been fairly basic up to this point in the series, you can now dual wield and unleash a devastating special attack via the weapon’s stance. The attacks using dual scimitars are much quicker this go around, as you unleash a flurry in a matter of a few seconds. The special attack is a spin move that hurts every enemy surrounding you, which will be incredibly useful as you inevitably get trounced by a handful of enemies at once. Miyazaki was very coy on the question of all weapons having a special attack, but it does seem to be shaping up that way.

The demo ended as many sessions of Dark Souls end, with the character being handed a death screen via a boss fight. Of course, this death was intentional since From Software did not want to show how to deafeat a boss. Despite that, we got to see a superbly designed enemy. It was a multiple limbed, lumbering monster that hunched over you as it unleashed attack after attack. This acted as one last teaser for a game so many of us want in our hands ASAP.

Dark Souls III is hoping to build upon an already fantastic series as it adds new weapons and attacks. It also seems to be opening up a layer of beauty unseen to the series before. Things are shaping up well for the newest Miyazaki adventure. You can expect to die all over again when Dark Souls III is released in early 2016.