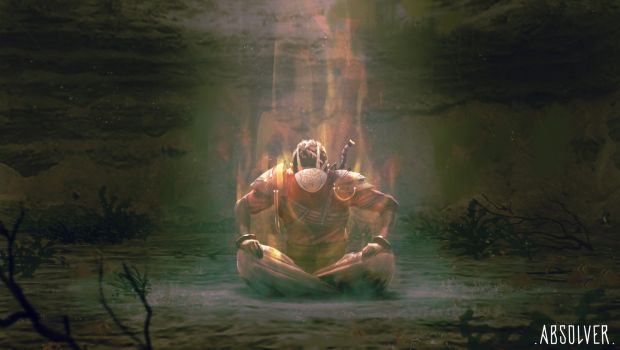 But more often than not, I don’t feel I find many games that do justice to that near bottomless affection. There is always something just a little off. May it be a lack of impact with each strike, or an over-indulgence for realism that makes brawls feel haphazard and unsatisfying. There is always something that makes me say to myself, once I feel I’ve hit the ceiling of what a game was trying to accomplish, “almost… but not quite.”
However, when I spent some time with Sloclap’s Absolver, I didn’t get that feeling. No, instead all I sensed was potential, enjoyment, and anticipation that maybe I just got an early look at the first great martial arts game of our generation.

With many months left to go until it’s anticipated 2017 release, details on the Absolver’s story and setting were still a little slim and open to change, but what was up and running at this year’s E3 was a brief tutorial section of the game- and it was fantastic.

As an action role-playing game of sorts there is a lot here that you would expect. Your character’s enter combat with health and stamina bars that must be carefully managed as you confront your opponents, and as you cross the map you will acquire gear and other items to improve your stats and abilities- pretty standard.

Where Absolver breaks away from the pack with thrilling efficiently is with the combat deck, an assortment of techniques which you link to each of your character’s various command buttons and stances.

As you fight, your character will change stances based on the last attack you performed and how it altered the posture of your avatar. A left jab while standing in a right-forward stance will transition you accordingly (left-forward stance), but if you follow-up that attack with a series of quick right-sided attacks you will unleash a specific combo according to your combat deck. Alternatively, continuing your assault with left-sided attacks, or alternating between the two, opens up an insane amount of versatility for your own combat style.

Defeating opponents can reward you with new cards, or techniques, to add to your deck, allowing you to further customize your characters. This, combined with the ability to feint away from any strike, break through opponents guard, and change your style on the fly mid-mission ( or even mid-battle if you’re brave enough) gives Absolver a lot for a player to sink their teeth into.

All of this is pulled together by surprisingly responsive and predictable controls, which is normally where games like this fall apart. Your character’s striking speeds and your sense of when they connect is spot on in a way we normally only find in the best of fighting games. All of the greatness of the combat deck aside, it all would’ve been a failed ambition if this element wasn’t up to snuff, and to be as comfortable with it as I was,in so short a time, was immeasurably impressive.

There is still a lot of work to be done on this title, and many more tests before Absolver get’s it’s black belt of gamer approval, but what I’ve played so far are the stones that make a great foundation, and I can’t wait to see what’s built upon it.