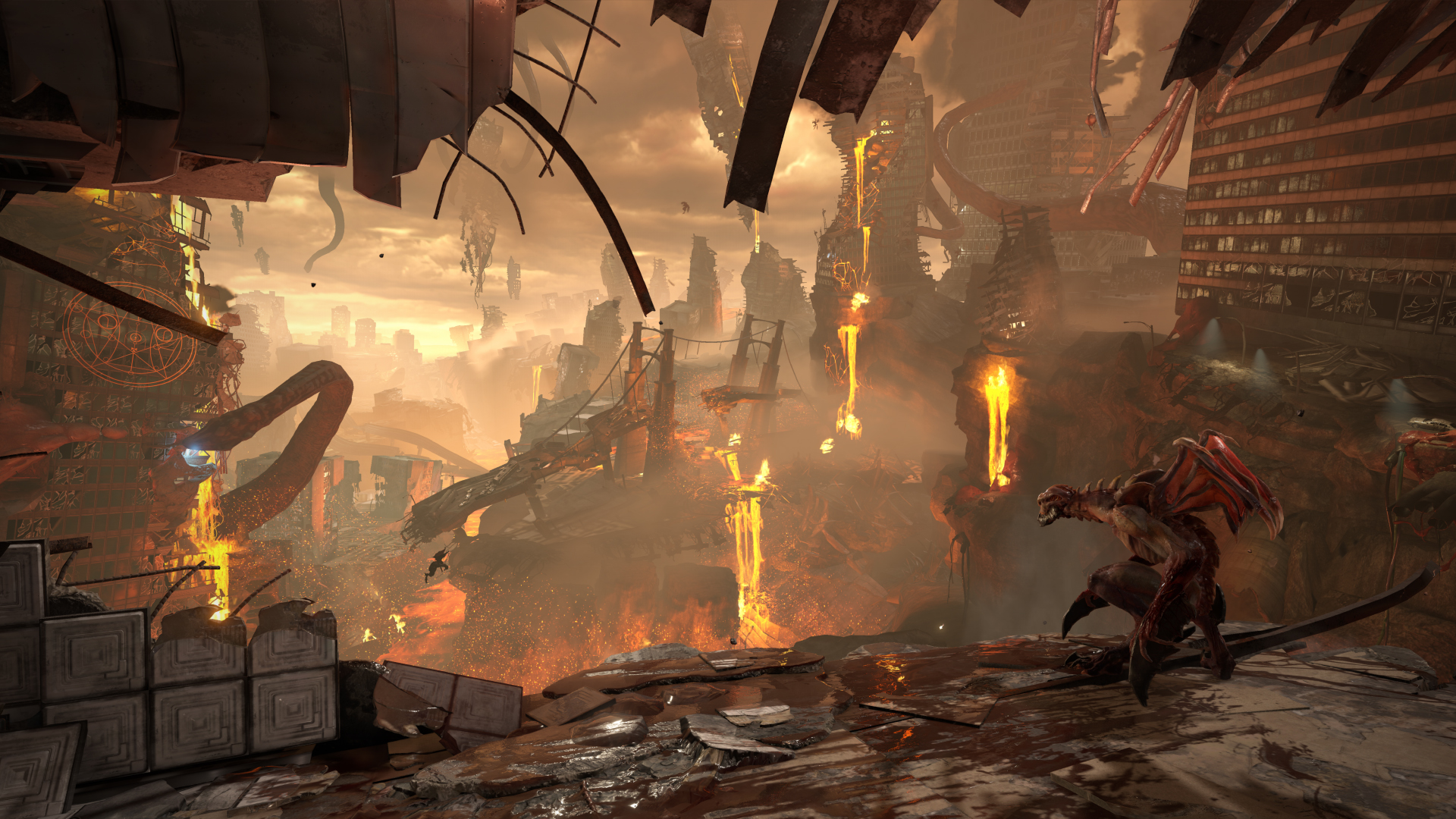 Doom (2016) was something of a sleeper hit when it breathed new life into the long-running franchise just a few years ago. Hailed for its quick, brutal combat, incredible soundtrack, and surprisingly engrossing storyline, Doom was my personal game of the year in 2016. As an avid fan of shooters, Doom Eternal was one of my most anticipated games going into E3 2019, and still, it managed to surpass all expectations.

After a brief, retro tutorial introducing some of the new and returning traversal mechanics, the demo began with the Doom Slayer showing up at a facility on Phobos, one of Mars’ moons, where he took control of the human effort to push back the demonic invasion, whether the humans liked it or not. From there, the ripping and tearing began, and I had a chance to make heavy use of the new dash ability, grapple hook, double jump, shoulder-mounted flamethrower, and dozens of new glory kills. Every time I added a new weapon or ability to my arsenal, I was transported to a brief tutorial to explain the weapon’s use as well as its secondary firing modes. For nearly an hour, I navigated precarious chasms, claimed new abilities and weapons, and sent demons back to Hell as pink giblets. 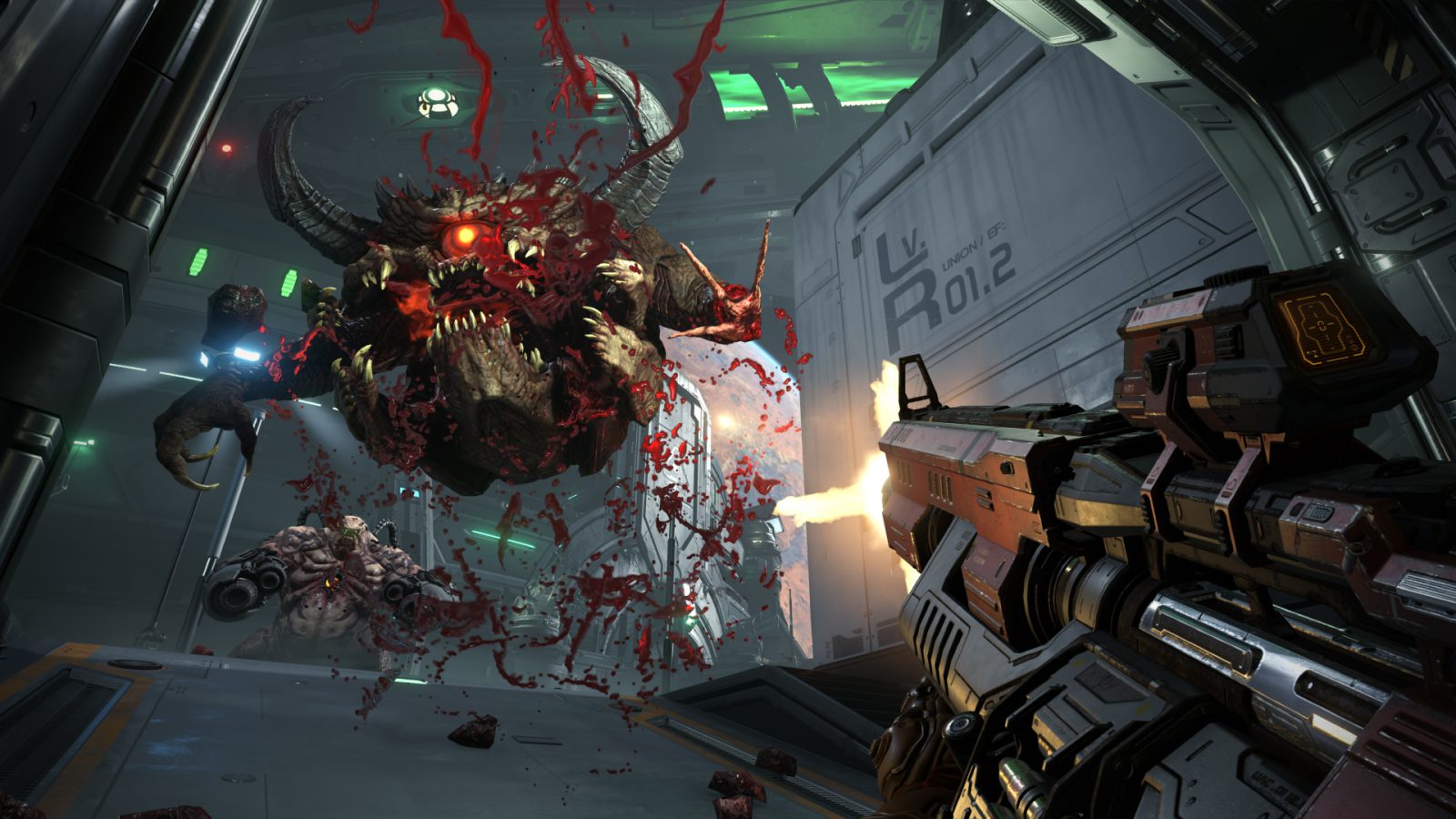 Where Doom (2016) reimagined and modernized the classic franchise, Doom Eternal aims to build upon that foundation, and from what I played so far, developer ID Software is going above and beyond that goal. Now, you can target specific body parts on an enemy to inhibit their ability to attack you, and by doing so the enemy AI is forced to change their strategy and find new ways to try and maim you. For example, you can shoot the robotic arms off a Mancubus, removing its ability to shoot projectiles. In response, the Mancubus will resort to melee attacks and creating shockwaves by slamming the ground, forcing you to keep your distance and finish him off from afar. There are also some huge improvements in key areas, including the game’s platforming sections. Not only is movement more fluid than in the previous entry, but you also aren’t punished with a minute long load time for falling off a cliff. Instead of instantly dying, you take a chunk of damage and are transported back to safety to try again. Gameplay in Doom Eternal feels faster, smoother, and more challenging and chaotic than the last game, and with an expanded set of tools and abilities, it’s hard to imagine that ever becoming any less satisfying.

And then there’s Doom Eternal’s story, which presumably picks up after the gut wrenching cliffhanger of Doom (2016). The demo I played kept its cards pretty close to the chest in that regard, but there were some clues and new details that told me we’re in for another interesting ride where narrative is concerned. I honestly never thought that I’d be invested in the story in a Doom game, but here I am eager to get revenge on that goddamn smug little robot doctor, Samuel Hayden. We’ll have to wait for the game to launch to find out if there will be a payoff on that front, but I can tell you that from what I saw so far, it seems that ID Software is committed to continuing the narrative they set up in the previous entry. 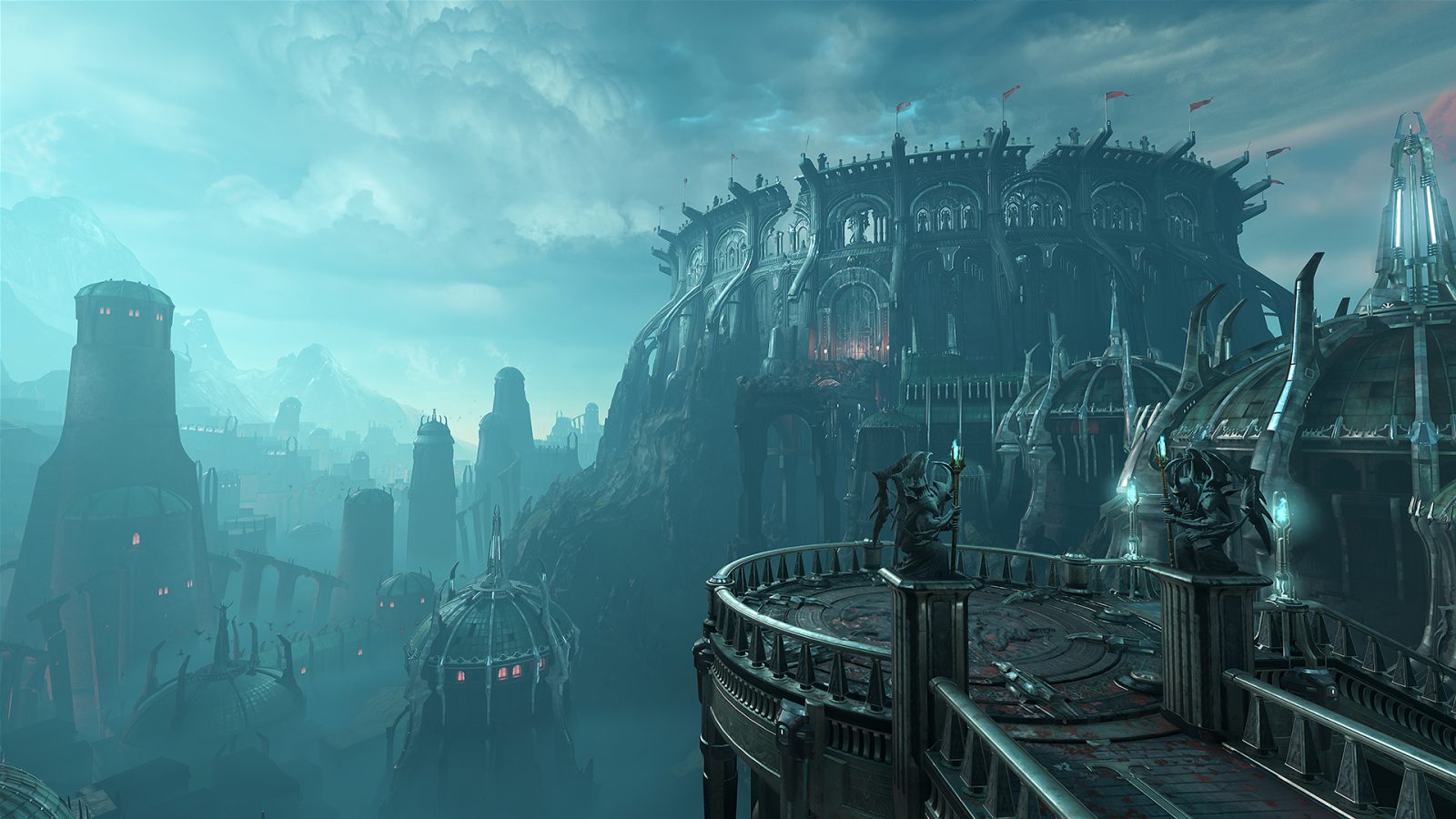 Doom Eternal will launch later this year, and I couldn’t be more ready to rip and tear once more. For continued news and a review of this game, keep reading Gaming Trend.