Marvel couch co-op is back with Marvel Ultimate Alliance 3: The Black Order, and we took a few minutes out of our E3 schedule to check out this arcade-like action title. Ultimate Alliance 3 allows for both online and local multiplayer, and through local multiplayer, you can choose between using multiple Switch units or sharing one screen and using up to four Joy-Cons. For the true couch co-op feel, we hopped in with a two-player local session using one Switch.

The game is pretty straightforward: Follow the advice of Jessica Jones, and navigate the impressively long levels, blasting and hacking at bad guys as you go. Ultimate Alliance 3 is pretty easy to pick up, and switching between characters is quick and seamless. Each character has their own playstyle, movesets, and unique perks. Wolverine automatically heals damage, Thor can leap great distances while attacking, and Captain Marvel and Star-Lord can fly. 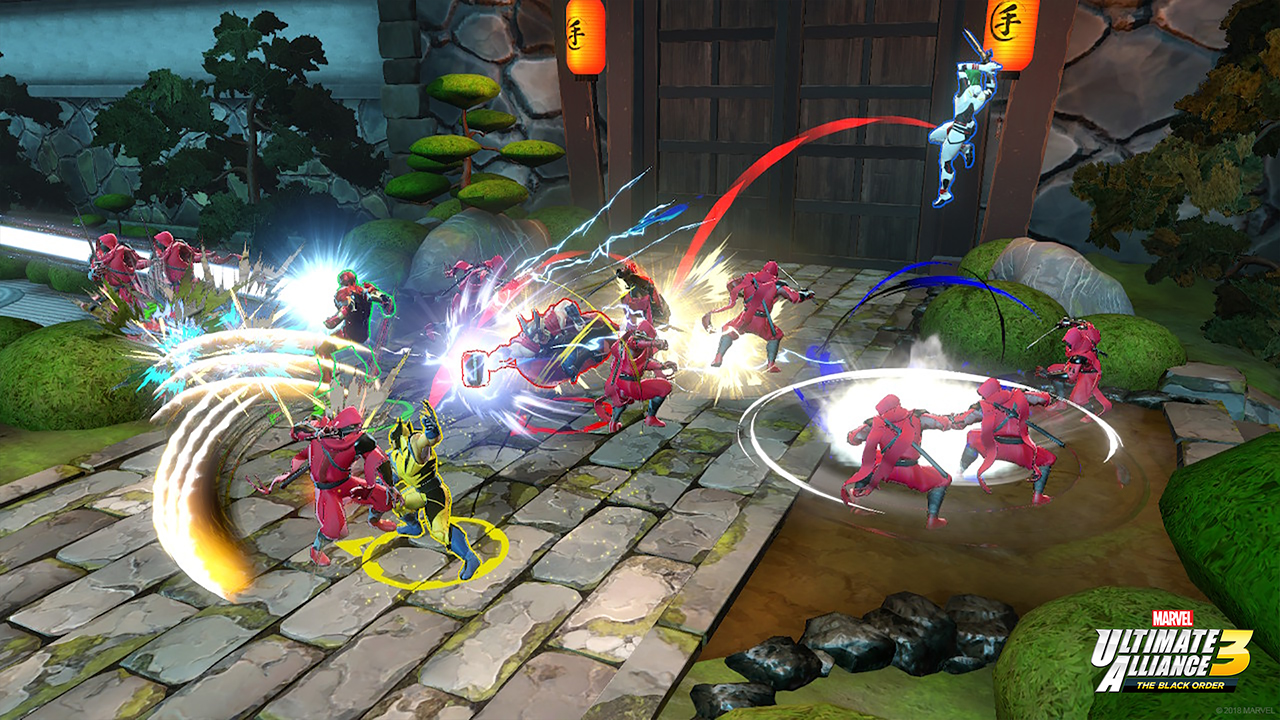 I found myself very entertained by the different personalities infused into each character, and laughed just a little too hard when Star-Lord fumbled a landing and fell on his face. You will always have four characters on the screen, and extra characters will be controlled through AI if you have fewer people playing. You can switch between AI controlled characters at any time by using the d-pad.

Combat is quick, easy to pick up, and as I mentioned above, very engaging. The voice acting, which I wasn’t actually able to hear until I got home and reviewed the captured footage due to the noise of the convention floor, is pretty solid. It’s an enjoyable, very entertaining little romp through the Marvel universe. Marvel Ultimate Alliance 3: The Black Order will be available for the Nintendo Switch on July 19th. Watch the first ten minutes in the video above, and be sure to check out our E3 coverage for more hands-on and videos from the convention floor.