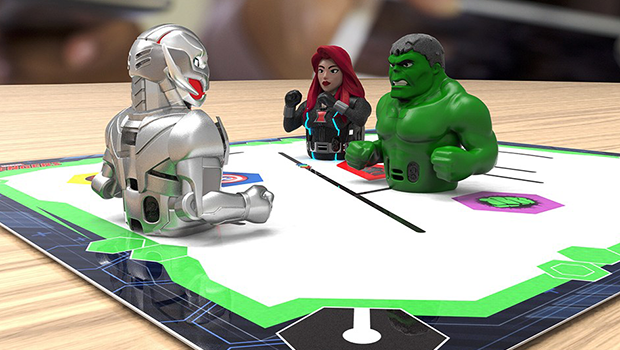 Long, long ago, I wanted to learn basic HTML. These were the days before Google and Imgur, when finding a free site on which to drop some HTML was a challenge, and finding a free image host was nearly impossible. Armed with a Neopets pet page, Ranchoweb image hosting, and a set of HTML tutorials I found thanks to the top-of-the-line Yahoo! Search engine, I sat alone in a dark computer lab, trying to master a new language which communicated with phrases such as “img src,” “a href” and “/tr /td.”

The world of coding has greatly evolved since I mastered the most impressive of 1990’s coding, which involved inserting a clickable image, or a “button,” into a webpage. Unfortunately, by and large, the method of learning coding has not progressed to the same level. “When I learned to code, I sat in an empty room by myself,” Morgan Andersen, the marketing project manager for Ozobot, explained. “Ozobot is trying to change that. We’re trying to make coding fun, interactive, and available to everyone.”

Ozobot launched in 2014, with the goal of making coding an exciting, enjoyable experience, both at home and within the education system. Ozobots are tiny, wheeled robots which run on Google’s Blockly, a block-based introductory to advanced programming. They spark the imagination and creativity of children thanks to simple manual controls and flashing LED lights. They can be controlled by any tablet or smart phone, and come equipped with pre-programmed movements which children can edit and expand upon. The application which allows you to program and control your Ozobot also includes a social function, allowing children to create custom emoticons for their robots to act out, and can send these emotions to any friend with an Ozobot. This not only allows for happy robot dances to be transferred across long distances, it also encourages kids to share, edit and expand upon each other’s coding.

Thanks to a recent partnership with Marvel, children 8 and up can now turn their coding into heroic deeds by transforming their Ozobot into an Avenger and helping their chosen hero defeat the forces of evil through coding and logic. I was invited to play with the new Ozobot Avengers Experience at Stan Lee’s Los Angeles Comic Con, where children eagerly gathered around what appeared to be miniature hockey rink, covered in tiny, blinking, scurrying robots. Kids were clearly fascinated by the ability to control a robot through the mounted smart phones, one child was so eager that he slipped between myself and my assigned phone during the interview, effectively hijacking my robot as he made it turn loops, blink its lights and ram into the robot his sibling was controlling.

Any Evo model of Ozobot can be transformed into an Avenger simply by slipping on an Action Skin and downloading the Ozobot Evo App. This gives kids access to the Stark Academy, which will issue training missions where children will create codes and maps to help the Avengers avoid obstacles and engage enemies. Action Skins include Captain America, Iron Man, Hulk, Black Widow and Ultron, and each skin comes with light and behavior patterns unique to that character. Stark Academy issues daily missions which start out simple, but become progressively more challenging over time, encouraging steady learning.

While I was unable to complete a Star Academy mission at the Ozobot booth, due to the previously explained enthusiasm of the gathered children, I was able to spend a good bit of time playing with the robots. The freehand controller is responsive and is entertaining enough on its own. The app is intuitive and allows you to create shortcuts for your most commonly used maneuvers or commands, such as a favorite happy dance. As an adult, they are fun and fascinating, but children were truly captivated by these tiny robots.

Ozobots can be controlled through any smart phone or tablet

Ozobot feels like a welcome and much needed alternative method of learning coding. Watching a blinking robot carry out the command you just created is incredibly gratifying; I also happen to be of the belief that superheroes make everything better. Having seen first hand how positively children react to controlling their own miniature robot, Ozobot seems like a great way to help expose children to coding and technologies in a fun, interactive, and entertaining way. If I’m entirely honest, I kind of want one myself, though I might just try and hold out in hopes of a Storm Action Skin.

If you or a curious child in your life has an interest in coding, or just owning your own robot, you can learn more about Ozobot at the Ozobot website.