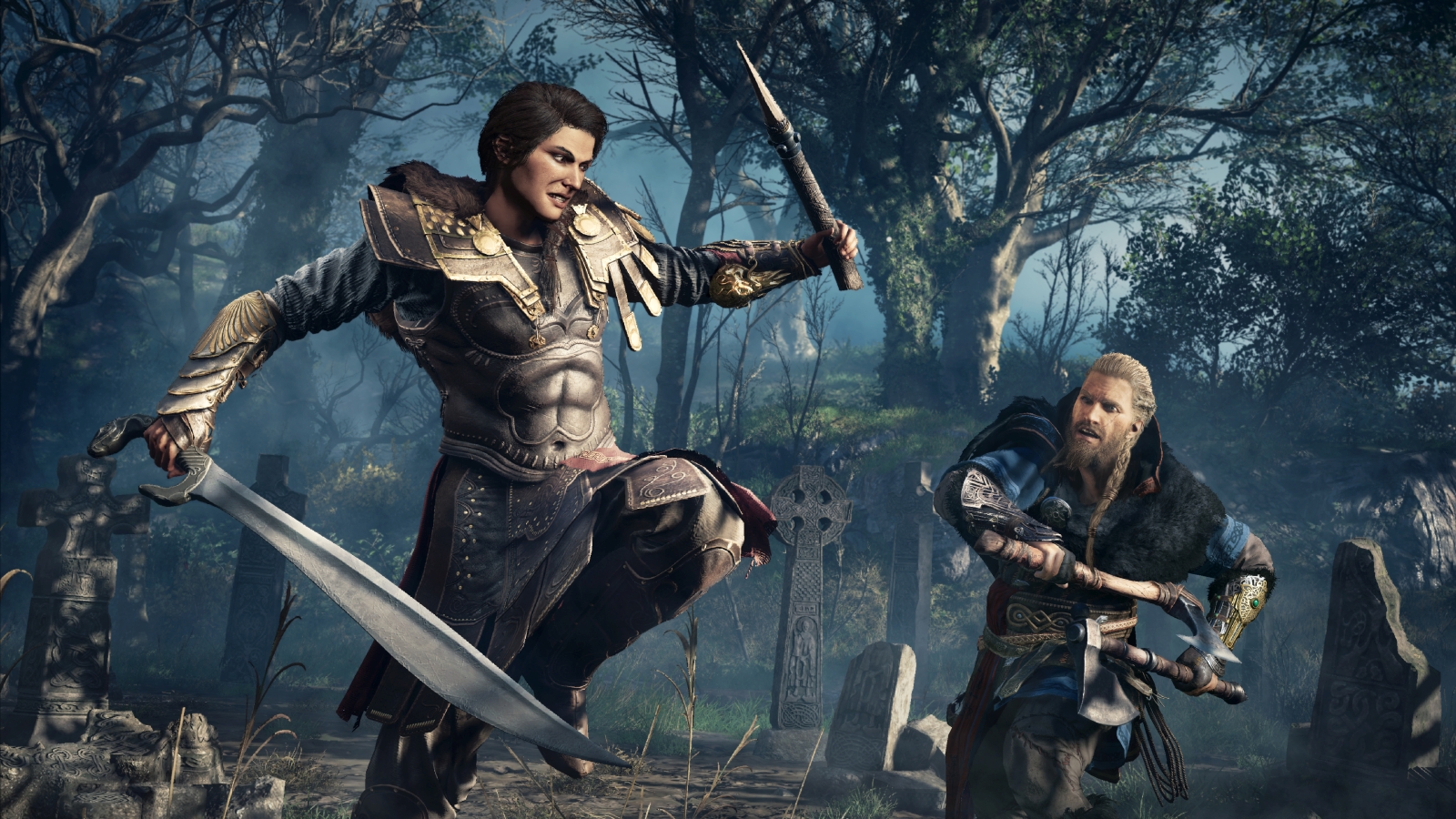 For the first time in Assassin’s Creed history, Valhalla is getting a second year of downloadable content to further expand on this massive game. We got to take a short look at what’s in store for Eivor in the near future, and it’s incredibly impressive. While there’s more to come, we’ll be talking about two exciting additions today.

First up is the franchise’s first ever crossover, with Kassandra from Odyssey meeting up with Eivor. Both games will receive new quests completely for free when the update launches tomorrow. The two protagonists will team up to find some Isu artifacts, exploring some of the fiction and mythology surrounding the series. I’m very excited to see one of my favorite characters in the series return, but a little worried about both games taking up so much of my hard drive space. 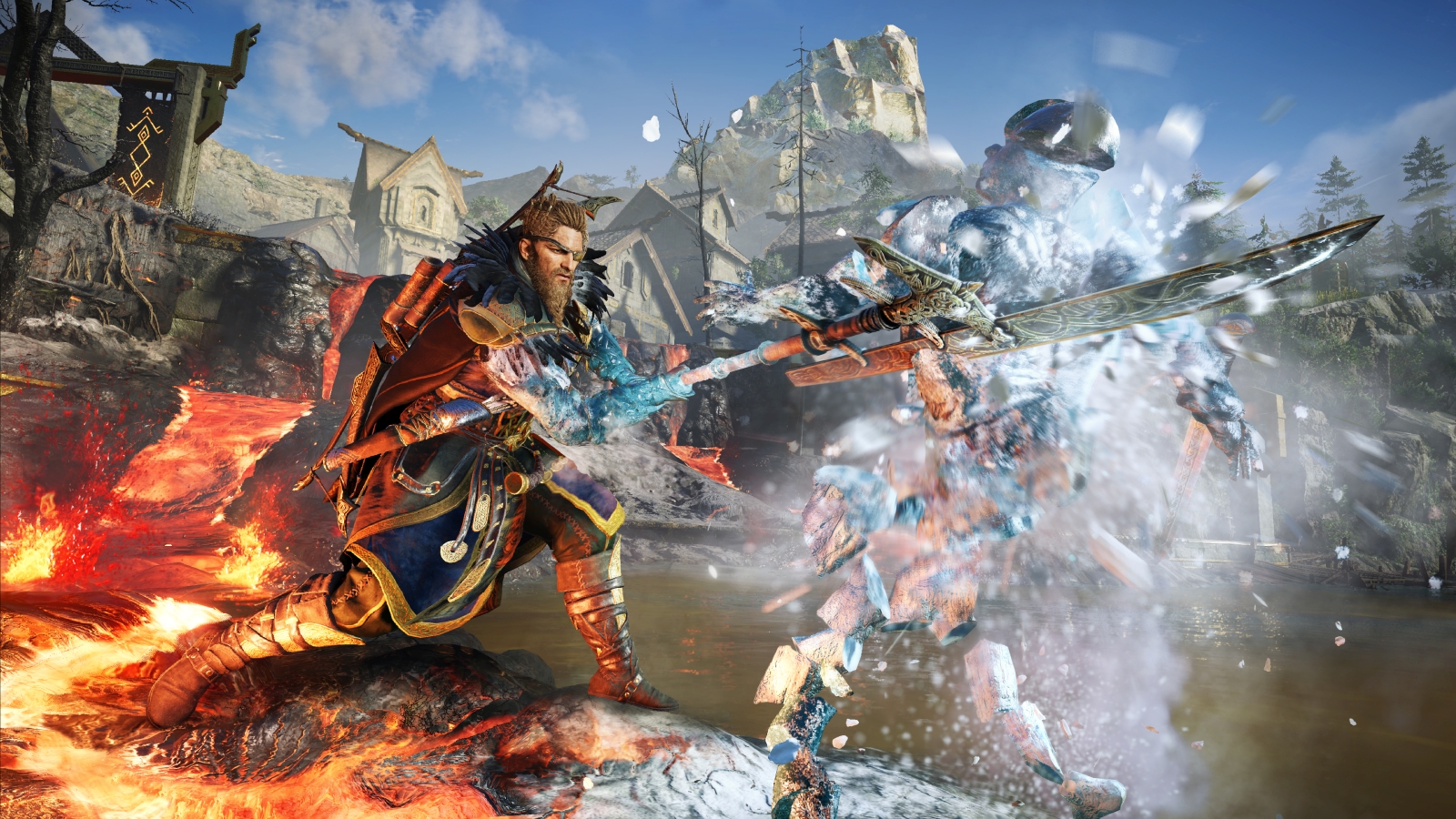 The next paid expansion, Dawn of Ragnarök, sees Eivor once more don the mantle of Odin in a battle at the end of the world. Players will face off against fearsome foes of fire and ice to rescue the god’s son, Baldur, using incredible new powers like teleporting arrows and shapeshifting. While we only saw a CGI trailer, it’s clear this DLC will bring a lot of new, exciting things to the table which I found a bit lacking in the previous expansions. The Odin sequences had some of the most creative and interesting places to explore in the game so I’m glad they’re expounding on this concept.

The expansion is proposed to have around 35 hours of content, including a new arena style quest in which you fight the Valkyries. I have a weakness for combat arenas, so I look forward to putting a ton of time into Dawn of Ragnarök both in the main quest and all the side activities. 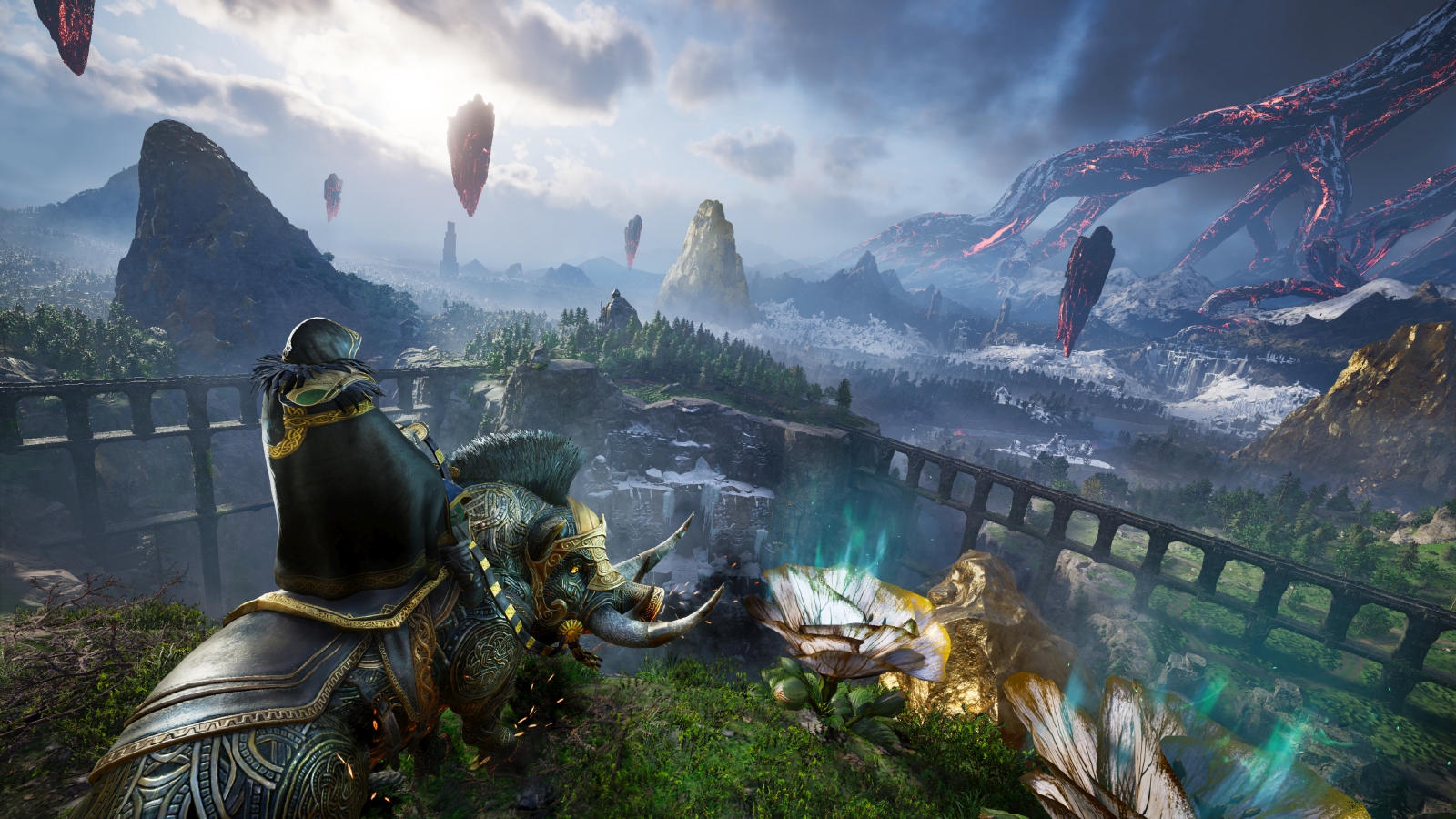 As a fan of the franchise, Year 2 of Valhalla looks to be very exciting. It’s hard to believe it’s been a year since it first released, but I’m ready to dive right back in with my trusty axe and spear. We’ll have more coverage on Valhalla and it’s expansions closer to their respective release dates.