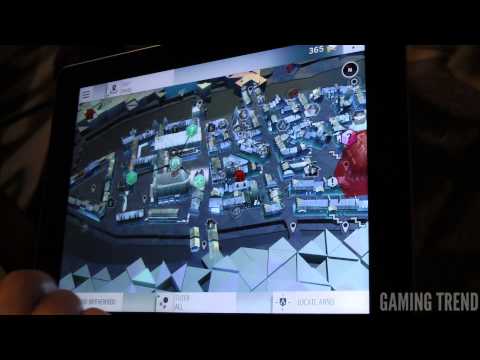 Ubisoft has been absolutely blowing their competition away in terms of how they utilize the second screen experience.   I took a break from the hands-on preview time for Assassin’s Creed Unity to check out the free Companion App.  The team has made huge improvements from last year’s solid app for Black Flag.  There is a Brotherhood mission system that allows you to send your assassin brothers on missions while you are away from the main game, a hidden glyph found with the new Eagle Pulse power, heatmaps that show how other players are approaching their missions as well as where you might investigate to find hidden rewards, and the full Animus database right at your fingertips.

In addition, once you unlock new skills you’ll be able to play a short video reminder if you’ve forgotten how a new mechanic works.  You can also browse your gear, do weapon and clothing comparisons, and see any unlock conditions that might be attached to them.  The best part is the incredible 3D map itself, which is updated on sub-second basis.   The best part – it’s absolutely free.