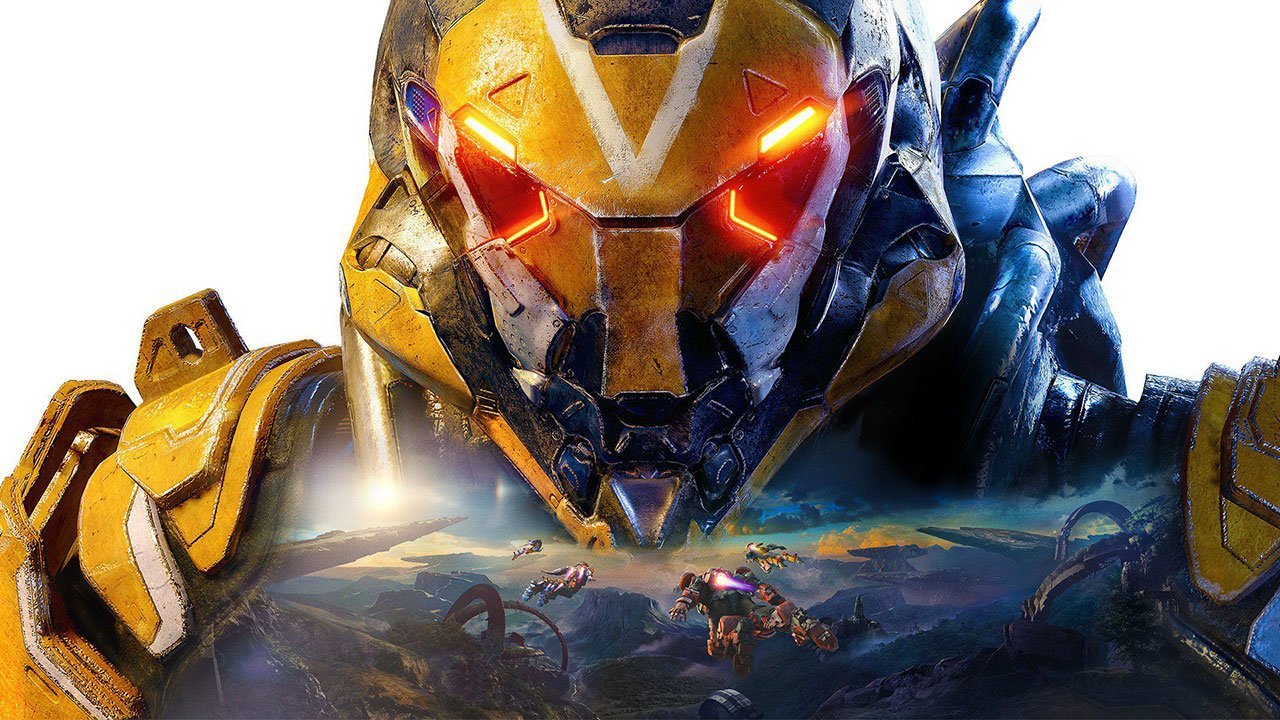 There’s a whole lot of speculation about what Anthem might be, and that speculation often leads to comparisons to other loot-shooters like Destiny and The Division. But, you could draw a lot of assumptions about Anthem based on the handful of videos on the Internet. Those assumptions would also be completely and entirely wrong. Recently I got an opportunity to get an unrestricted look at a near-final version of Bioware’s latest and riskiest title, and I walked away from that demo only wishing I didn’t have to wait a month to suit up and play it with my friends.

As usual, I’ll try to be as spoiler-free in this preview as I will be with my review. Anything spoiled here is simply related to the basic setup for the storyline, and nothing to that effect will ruin your own experiences with the game.

The universe of Anthem is a chaotic world long-abandoned by beings called the Shaper Gods. These gods have left behind powerful and mysterious monoliths called Shaper Objects that cause unpredictable and dangerous cataclysms, twisting the landscape, causing waterfalls to flow in reverse, spawning horrible monsters, and leveling entire cities. Where the Shaper Gods went and the true purpose of these Shaper Objects remain a mystery. You are a freelancer, part of a group of aces piloting powerful mechanized suits called Javelins, who are tasked with trying to silence these Shaper Objects. The game begins with one such mission against the Heart of Rage, a Shaper Ruin spewing massive and horrible monsters. When things inevitably go awry, you end up retreating back to Fort Tarsis, your base, to lick your wounds. Two years pass, and once again freelancers are needed when a group called The Dominion returns and attempts to revive these powerful relics for their own mysterious and nefarious ends.

Before we get started, I need to convey a quick note on these videos. During the first portion of the day, we struggled with some connectivity issues. This manifested itself as a few visual bugs, including enemies that stayed standing in place once killed, the odd headless Javelin, and some rubberbanding. After a short while we had all of these issues ironed out, but you might see the occasional hiccup in our video capture.

In my efforts to prevent spoilers, I won’t show you any primary story missions as it’ll ruin your experience. Instead, the two videos below focus on a side mission called The Lost Arcanist. In this video, you get to see a relatively balanced team with a Colossus (the heaviest Javelin capable of wielding massive artillery weapons and using a huge steel shield as his armor), a Storm (a Javelin capable of unleashing devastating elemental damage), and two Interceptors. The Interceptor, as you’ll see below, is incredibly agile. Whereas every other Javelin is capable of double jumping, the Interceptor can triple jump, as well as chaining its dodge up to three times to every other Javelin’s single dodge move. This is advantageous as the Interceptor is also a bit of a “glass cannon”, dishing out lightning-fast melee strikes, but able to withstand very little damage against its shields or health. The Ranger, the more balanced class seen in our E3 coverage, is the Swiss Army knife of the Javelin classes, a capable all-around fighter.

In the second half of this video, we finally track down the lost Arcanist, freeing him from enemy clutches. It’s also a good demonstration of what happens when players begin to settle into their designated roles. This couldn’t come at a better time, either, as the enemies, including a few elites, began to stack up.

The main portion of your storyline unfolds at Fort Tarsis. Outside of Fort Tarsis is the shared and ever-evolving world where you can play solo, match up with random players, or seek adventure with your friends. The game supports full drop-in / drop-out co-op, allowing you to tackle missions in any way you see fit. When you join up with a team, those players stay in a group. We saw this elegantly demonstrated when one of our players accidentally closed his game. The moment he restarted the game he was immediately rejoined to our group, picking up right where he left off.

Beyond main and side missions, there is also an opportunity to simply explore the world around you. You’ll start off with a Ranger Javelin, but you won’t unlock a second, third, or fourth Javelin until you hit level 6, 15, and 26, respectively. Unlike other loot-shooters, however, your character is able to switch to another suit without having to start an entirely new character. Building out each Javelin is directly connected to the robust crafting system in Anthem.

Flying around in missions or in freeplay, you’ll encounter enemies, boxes, plants, and mineral deposits. Collecting these may provide a weapon piece, a part for your suit, or materials that can be used to craft new items. Each Javelin has two offensive gear pieces, one support piece, two weapons, six component slots, and one unique weapon. These slowly become available as you level up your character, creating a progression system that can drastically change the way you play. As an example, my Interceptor Javelin started with a high-powered dash attack that let me rush forward to strike an enemy with wrist blades, but I was soon able to swap that attack out for one that let me throw up to four acid-tipped glaives at my foes for a bit of damage-over-time fun. This changed my attack style from one that emphasized a pop-in/pop-out attack method to one that let me stay at a safer distance. I could also just as easily swap this attack for a grenade or an attack that allowed me to deploy four high-powered landmines amidst my enemies. It was immediately clear that Bioware’s approach to Javelin customization was to provide flexibility that transcends a straightforward class system.

As we reached the midpoint of our day, we got a taste of something you’ll get to experience for yourself shortly — the demo. If you’ve pre-ordered the game, you’ll have access to the demo from Friday, January 25th to Sunday, January 27th. If you are still on the fence, everyone will be able to try the open demo when it becomes available on February 1st. Below you’ll see a 15 minute slice of the first of the three missions that will be available, minus any story elements that might spoil the fun. Enjoy!

(One sec folks!  YouTube is having trouble processing 4K video.  This video will eventually snap to 4K resolution, according to YouTube support)

Beyond the crafting and progression system, Anthem looks to keep players engaged with the world with a daily, weekly, and monthly trial system (read: challenges) that will reward gear for tackling specific objectives. The most straightforward of these might be tackling a number of missions in a specified time. There is also a reputation system with the three factions in the game (Arcanists, Freelancers, and Sentinels), which will manifest itself with gear and mission availability.

Before we closed out our day, we got a quick boost from team Bioware, strapping epic gear onto our Javelins and pumping our character up to the level 30 cap. I’ll get into more of that on February 1st, 2019 at 8:00am PT, so stay tuned for more (and again, spoiler free) details at that point.

I walked into this hands-on preview with a mixture of reservation, doubt, and hope that Bioware Edmonton could deliver on Anthem’s inestimable promise. Having spent an entire day with the game, the only question I was left with was “which platform will my friends be playing”? It’s clear that Anthem is a game that RPG and shooter fans alike will be playing for years to come.

Look for our continued coverage as Anthem comes to Xbox One, PlayStation 4, and PC on February 22nd, 2019.