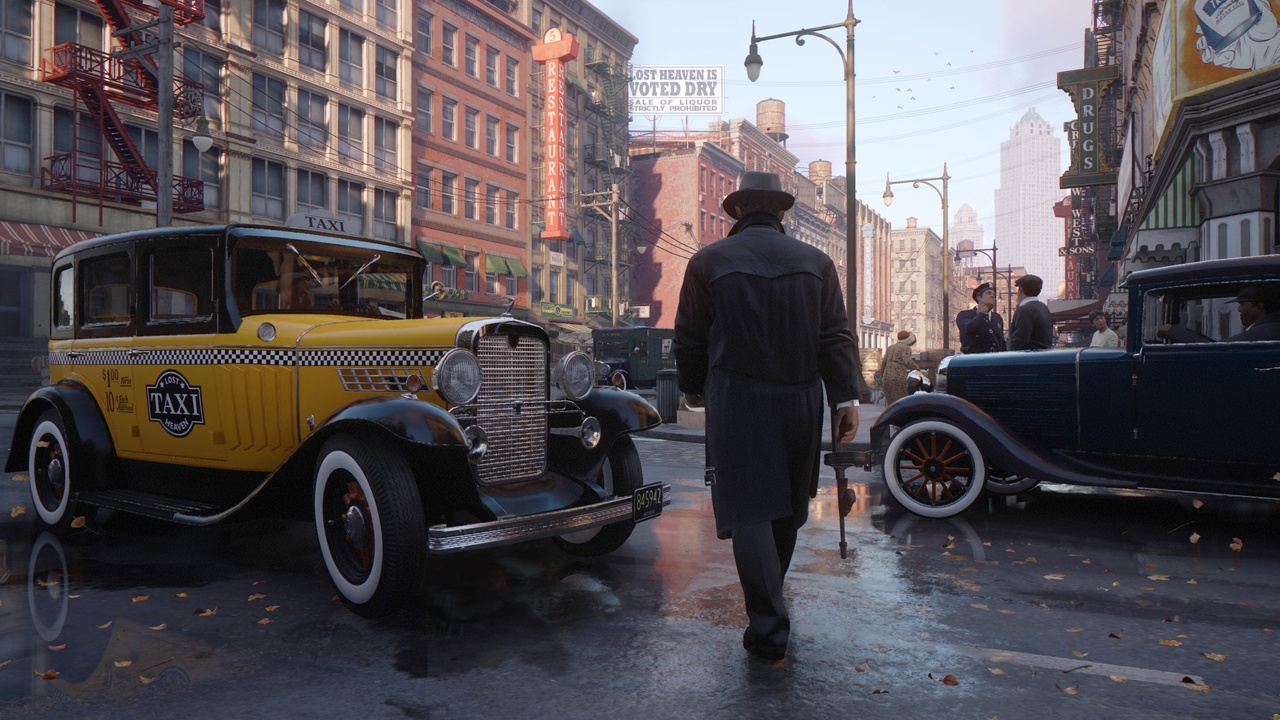 The roaring twenties was a time of explosive economic growth, decadence, and prosperity. Spurred by deferred spending due to the first World War, America thrived thanks to a booming job market, and an influx of cheap and willing labor looking for their slice of the American dream — immigrants. Reckless speculation based on this inflated and artificial perception of market conditions led to the Stock Market crash of 1929, and the subsequent market correction caused the Great Depression to crush everyone. From the ditch digger to the millionaire magnate, everyone was affected, but few were as hard hit as those same immigrants. Tommy Angelo, a down on his luck cab driver scraping together his dream at a rate of 5 cents a mile is one of those stories, and the basis for the game Mafia.

Released in 2002, Mafia represented one of the first big open worlds, and in my opinion, a better storyline than its contemporary at the time — Grand Theft Auto III; Mafia gave us a Godfather-esque story that told a plausible story of the 1930s experience. Fast forward to 2020 and we are in for a huge surprise — a full rebuild of this fantastic entry into the Mafia: Trilogy. Not just a graphical remaster, but a full overhaul, Mafia: Definitive Edition features rebuilt cinematics, motion captured performances, new voice work, fresh storylines, and an entirely rebuilt city, all from the ground up to deliver a modern experience. I’ve recently played three hours with an early version of the game, and (to quote Tommy) “mamma mia” does this remaster deliver!

The preview code I got to play featured the first five chapters of the game, as well as a quick jump into the 10th chapter to get a refresher on how high the stakes get in this game. Since I know many of you like our no-commentary gameplay segments, below is the first chapter of the game without me running my mouth. You’ll notice the clunky tutorial of shooting cans and taking cover behind tables is gone, replaced by reinforcement that Tommy is, in fact, just a regular schlub caught up in events beyond his control — you’ll learn how to handle a heater on the job. Similarly, the out-of-context driving obstacle course is gone as you’ll figure out how to be a wheelman by doing it.

If it’s not readily apparent, the Hangar 13 team have pulled out every visual trick in the book for Mafia: Definitive Edition. This early code runs buttery smooth, even at 4K, and the reflections and lighting on every surface are eye-poppingly beautiful. It may look as gorgeous as RTX, but the team put their own proprietary global illumination and real-time reflection system in place for this new game. What’s that mean for you? Well, it means you don’t need RTX hardware to enjoy the absolutely gorgeous lighting in this game. Puddles reflect the adjacent buildings, while smooth paint and bumpers on vehicles catch light sources and objects around them. RTX may be the new game in town, but Hangar 13’s elbow grease on this new engine is phenomenal. Better still is that this technology can be used on the current generation of consoles, meaning everyone gets to enjoy this jaw-dropping beauty. If you’d like to get into the weeds on this, Lead Rendering Engineer Martin Sobek spoke at GDC 2018, going over the rendering systems used in Mafia III that would eventually culminate in what we see for this fresh take on Mafia.

Mafia: Definitive Edition isn’t just a fresh coat of paint, nor just a reskin of an existing system. The world of Lost Heaven has been dramatically rebuilt to be a more realistic representation of a real city. Driving around Chinatown, the previous generic storefronts have been replaced with proper architecture and signage in Chinese, and festival lanterns hang in workshop windows. Warehouses are now littered with trash and small details to let you know that work goes on there — it’s not just a set piece you’ll drive past. Wrenches, hammers, and screwdrivers are sprinkled around garages, bartenders wipe down counters and tend to their customers. It’s a living, breathing world in a way the original could never have pulled off on PlayStation 2 and the original Xbox.

While we all have a thick set of nostalgia glasses for a game or two from the PS2 and original Xbox era, all of us can agree that it was a dark, dark time for control schemes. Mafia was no exception, featuring a punishing difficulty that was made tougher by clunky controls. Mafia: Definitive Edition has remastered the controls, bringing them up to modern standards. The driving controls feel far less clunky (except when driving the antique jalopies, which should control like a brick), and the freshly-added motorcycles are as fast as they are dangerous. I imagine because I have all three Mafia games I also found a surprise in my garage — Lincoln Clay’s 1970 Samson Drifter (which looks like none other than the Ford Torino GT). Terrorizing the streets of Lost Heaven (the game’s fictional combination of New York, San Francisco, and Chicago) has never been so fun.

Beyond the fresh driving controls, the game’s driving UI is vastly improved. The minimap is now useful (it used to just show traffic flow, forcing you to bring up a semi-transparent map overlay), and streets have been redesigned to feel more like a real neighborhood. Evading the police isn’t just about getting up to speed and weaving through traffic — you can now pop through construction areas which trigger a cool cutscene as you shake your tail.

Mafia: Definitive Edition and Mafia 2002 - side by side video [Gaming Trend]

While we do have a fresh crop of voice actors and actresses (so many of the people involved in the original have passed away, unfortunately), they deliver some fantastic performances. All of them were vocapped (the art of motion capture combined with simultaneous voice capture to create a more believable performance) to include brand new storylines and fresh dialogue.

After three hours of gameplay something was very clear — Hangar 13 has a deep love for this game, and it shows in every single corner of it. This isn’t a remaster; it’s a whole new game. Playing a fresh take on a game can often feel familiar, but when so much of it has been rebuilt it’s hard to even recognize it. Let’s take a look at a side by side comparison of an early mission and you’ll see precisely what I mean.

(side by side of busting up cars)

If you wanted a blueprint on how to remaster a game, Mafia: Definitive Edition is it. 2020 has some amazing games on the horizon, but I’m now eagerly anticipating replaying a game from 2002. With a staggering amount of love and attention and a great deal of respect for the original source material, this will be one to pick up this holiday season.

Mafia: Definitive Edition is coming to Xbox One, PlayStation 4, and PC on September 25th, 2020.