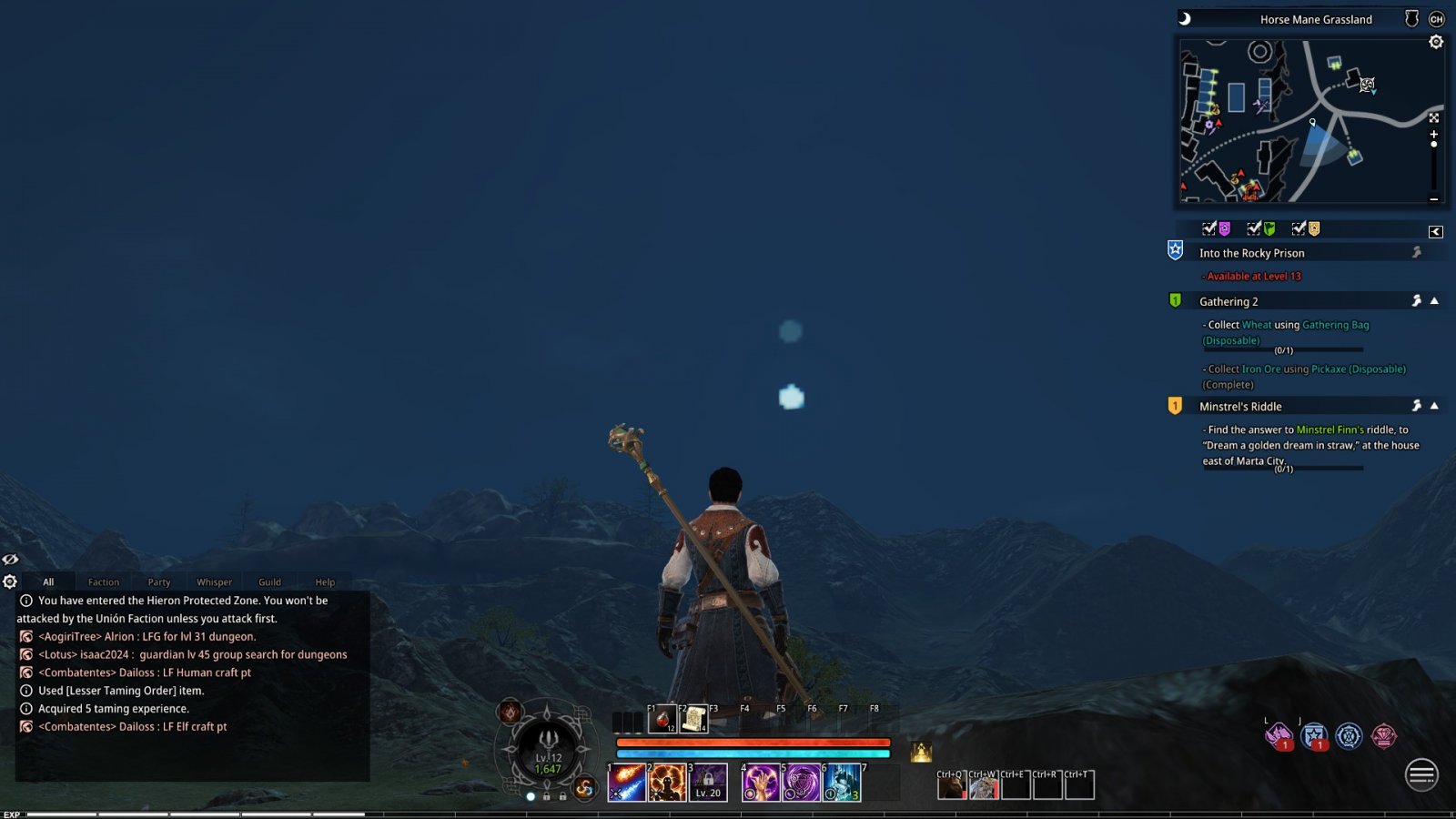 Bless Online is, to put it simply, very average. Currently in Early Access, the game offers nothing that players can’t find in any other MMO. Guilds, Dungeons, Elves; I’ve seen this all before. I just didn’t see any real sign of life throughout my time in the game. It really feels like the devs saw the other fantasy MMOs and decided to just re-make them under a new name. It certainly isn’t a bad game, but being distinctly average in a competitive market, especially when you have terrible optimization, is going to make it difficult to find success.

Let’s just get it out of the way now, the game runs like a two-legged dog through molasses. I had to go in and mess with the .ini files just so it could run at an acceptable level, and even then it dips down to 15 FPS whenever it feels like it. Bless Online is very temperamental and their have been times where I just can’t play it because it won’t go above 10 FPS. It’s still in Early Access, so a lot of this should get smoothed out, but as it stands, Bless Online runs terribly.

Like most MMOs, you start the game out by creating a character. The character creation system is surprisingly in-depth. It is very similar to Black Desert Online in this regard. You choose between the Empire (Hieron) and the Rebels (Union). It doesn’t really matter which one you pick, they all have the same characters pretty much. If you choose Hieron you pick from the Habicht (human), Sylvan Elf (elf), and Lupus (giant furry warrior). From the Union, you can choose from Amistad (human), Aqua Elf (elf), and Pantera (giant furry warrior). From there, you choose your class from all the classics: Paladin, warrior, berserker, mage, ranger. The race you choose does lock out some of the classes; a Lupus can’t be a mage, for example.

That’s not how you ride a horse.

The story of Bless Online is so bland and terribly written that I honestly can’t tell you much. I like the idea of each class getting a different opening to the story, but the writing is so bad that it just doesn’t matter. Bless Online has so many translation errors that I question if the team that translated it understood any language at all. This isn’t helped by the fact that the story, from what I could understand, is incredibly bland. There’s nothing here that kept my interest, and story-related events hold no narrative weight. Just like everything else in the game, it is just dull and lacks any heart and creativity.

The gameplay isn’t exactly much better than the story. It does have an interesting combo system, but it doesn’t really do much. You just hit one of the skills on the number pad and then follow them up either by hitting R, T, or Y. This leads to different attacks but none of it really matters because you will find the best combo or two and just stick to those the entire time. It is similar to Final Fantasy XIV, but less fleshed out. It is serviceable combat system that I enjoy slightly more than just the hit the keybind of your most powerful attack.

Taming is just a mini-game.

The closest thing to a unique selling point Bless Online has is the taming system, which isn’t really even that unique. I do enjoy that I can just walk out and capture just about any creature to be a pet or a mount. I wish the system was more fleshed out; it could be really cool. As is it stands, you just walk up to a creature, use the appropriate level scroll, and then hit space bar whenever the marker moves into the green space on the bar. It isn’t very hard or interesting. If they decide to take the time to flesh this feature out while the game is in Early Access, then Bless Online will have a unique selling point to differentiate itself from other MMOs.

It wouldn’t be much of an MMO without social feature, and everything you would expect is here. You can get together with your friends to form guilds. This works just like it does in most MMOs. Guild members can get together to tackle dungeons or face off against other players in PvP. Members of the guilds playing the game and being active will level up the guild which allows more members to join, which increases reputation. It doesn’t really throw anything new into the mix, but it all works pretty well.

As for the dungeons themselves, they’re okay. You go through with a group, kill monsters, then kill a big monster. It’s all the usual format and this is really where the combat just becomes like any other tab-based combat system. You lock onto an enemy, and then spam your strongest attack or two. It’s fun enough, but lacks some polish in its current state.

Combat is okay. Not as unique as it thinks it is.

The game does have a heavy focus on PvP, which includes RvR and general areas where factions attack each other. There currently isn’t a real way to avoid it other than group up with players of the same faction. The developer, Neowiz, has promised that there will be an item later that will allow players to avoid PvP, but there will not be any exclusive PvP or PvE servers.

As it stands right now, Bless Online lacks a real identity. It fails to stand out from the crowd of popular MMOs. The taming isn’t fleshed out enough to successfully separate the game from others and the combat functionally isn’t that different from other tab-target combat. Bless Online isn’t a terrible game, but it lacks life and currently runs terribly. This can all change by the end of its Early Access run, but it will be a long wait until then.