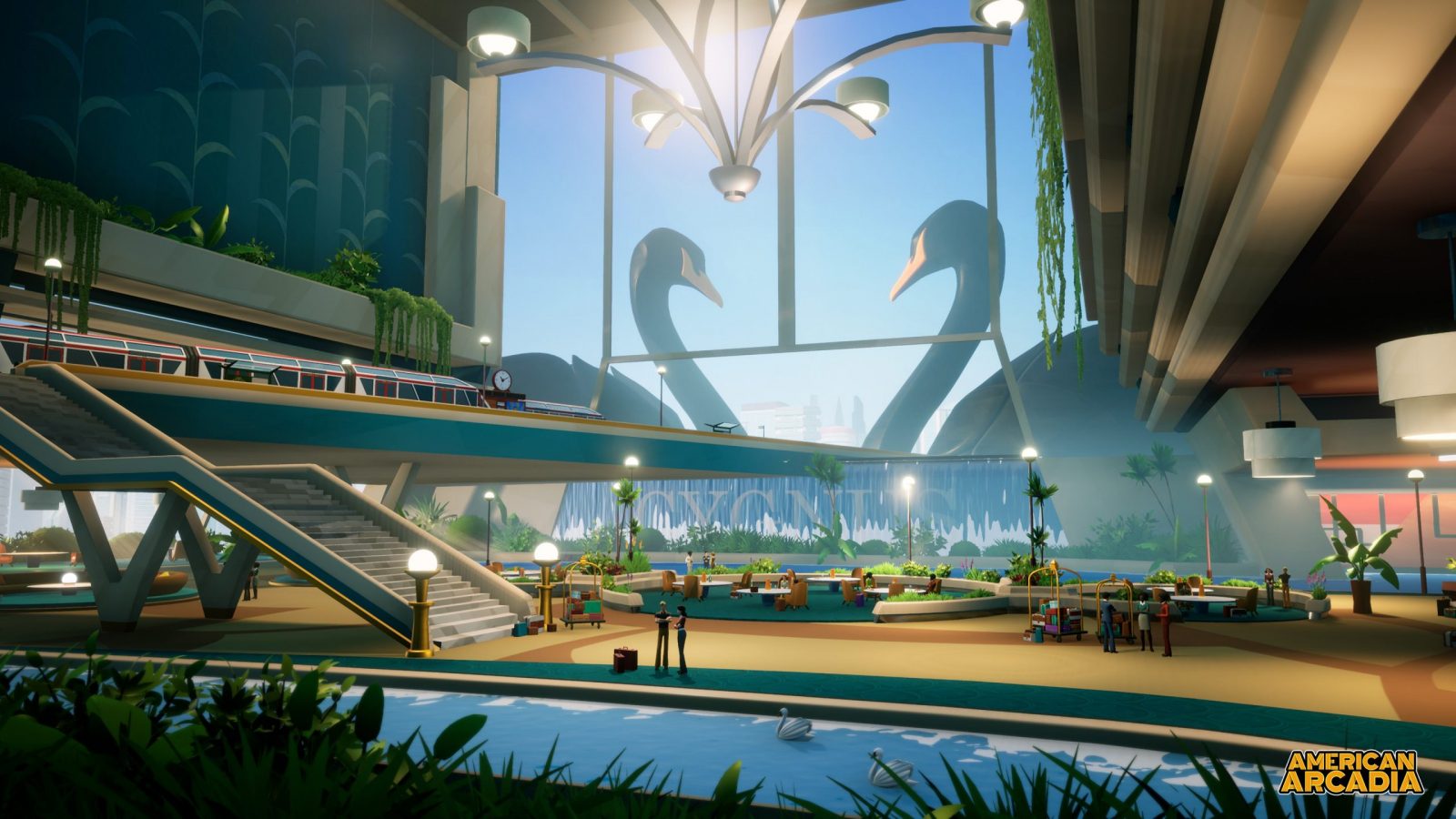 I recently had the chance to try out the demo for American Arcadia through the Tribeca Festival Games selections. American Arcadia, from what I played, goes from 2D platformer to 1st person puzzles seamlessly. The game opens with our main character Trevor being questioned by the police about an event that happened to him. They want the whole story, and so we begin our journey. 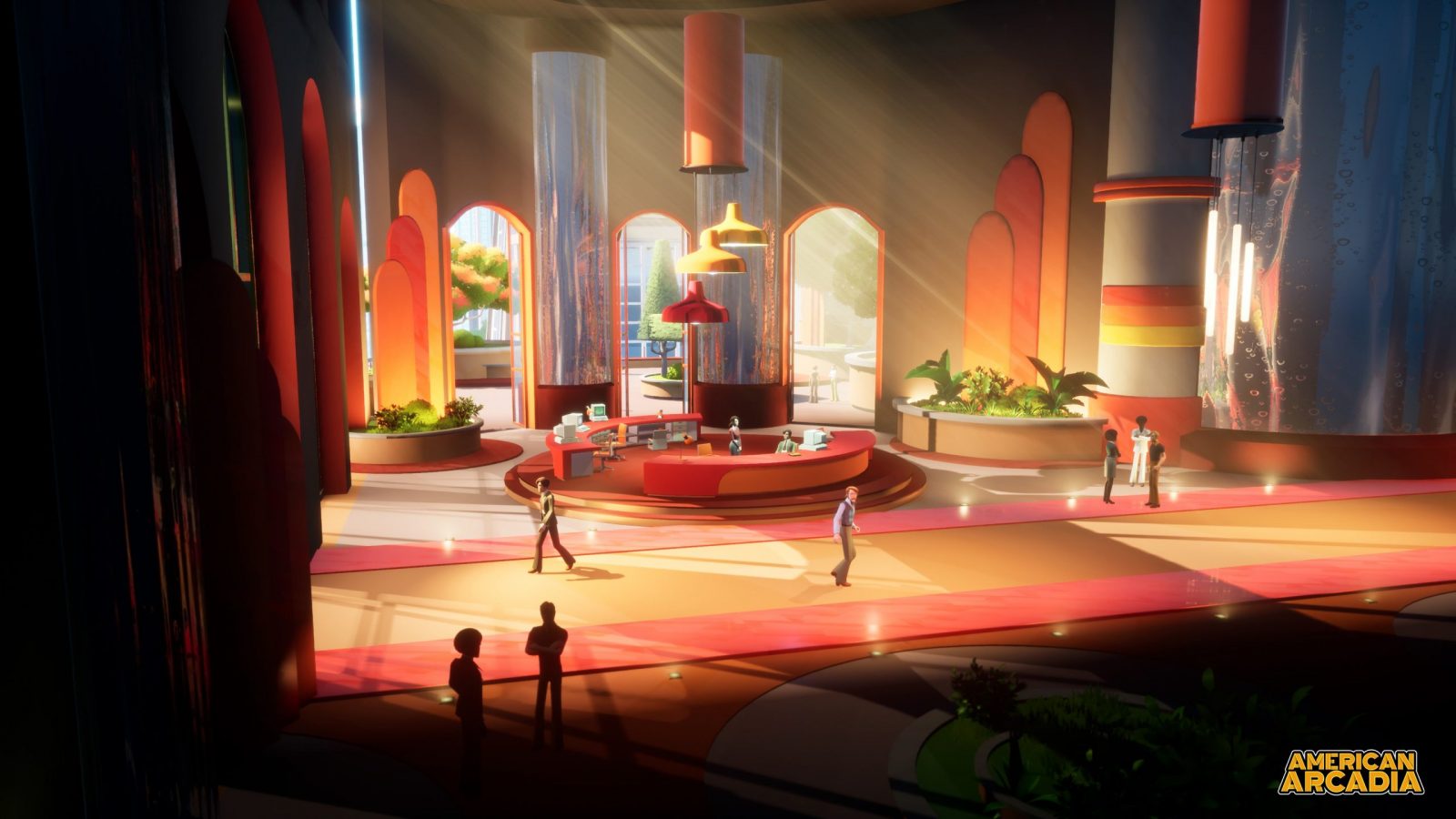 At the start of his workday at the Arcadia, Trevor finds out that his co-worker Gus has won a special prize and will be leaving for the beach. He questions it for a moment, but then moves on. Trevor is soon told that Gus is actually dead. How does he know that? The giant flatscreen above his desk freezes with the words “Gus is Dead.” And the Arcadia is to blame. With the help of signs, Trevor is led to a “backstage” area of the Arcadia. Here, he gets an earpiece where he speaks to Angela (her name, known to the player, but not to Trevor). She seems to be working against the Arcadia, and is trying to help Trevor escape so he doesn’t meet the same fate as Gus. She says her name is Kovacs, after the scientist/inventor who’s a huge deal. Trevor, however, thinks only of his turtle Kovacs, which he later says he named after the scientist. That, sadly, is where my demo ended.

From a gameplay perspective I enjoyed the mix of 2D and 1st person storytelling. Both had some fun puzzles (at least for the start of a game). I had a few moments where Trevor would glitch out a bit, but this was a demo and some glitches are to be expected. They have an interesting camera system (as if Angela is controlling them) where you can move lights, cranes, etc. to help Trevor move around the map. This was a tad frustrating at times while you’re figuring things out. The last thing I played was a crane chase sequence, and I didn’t solve it before the demo time had ended. Hopefully I’ll be able to get the timing right when I play the full game. 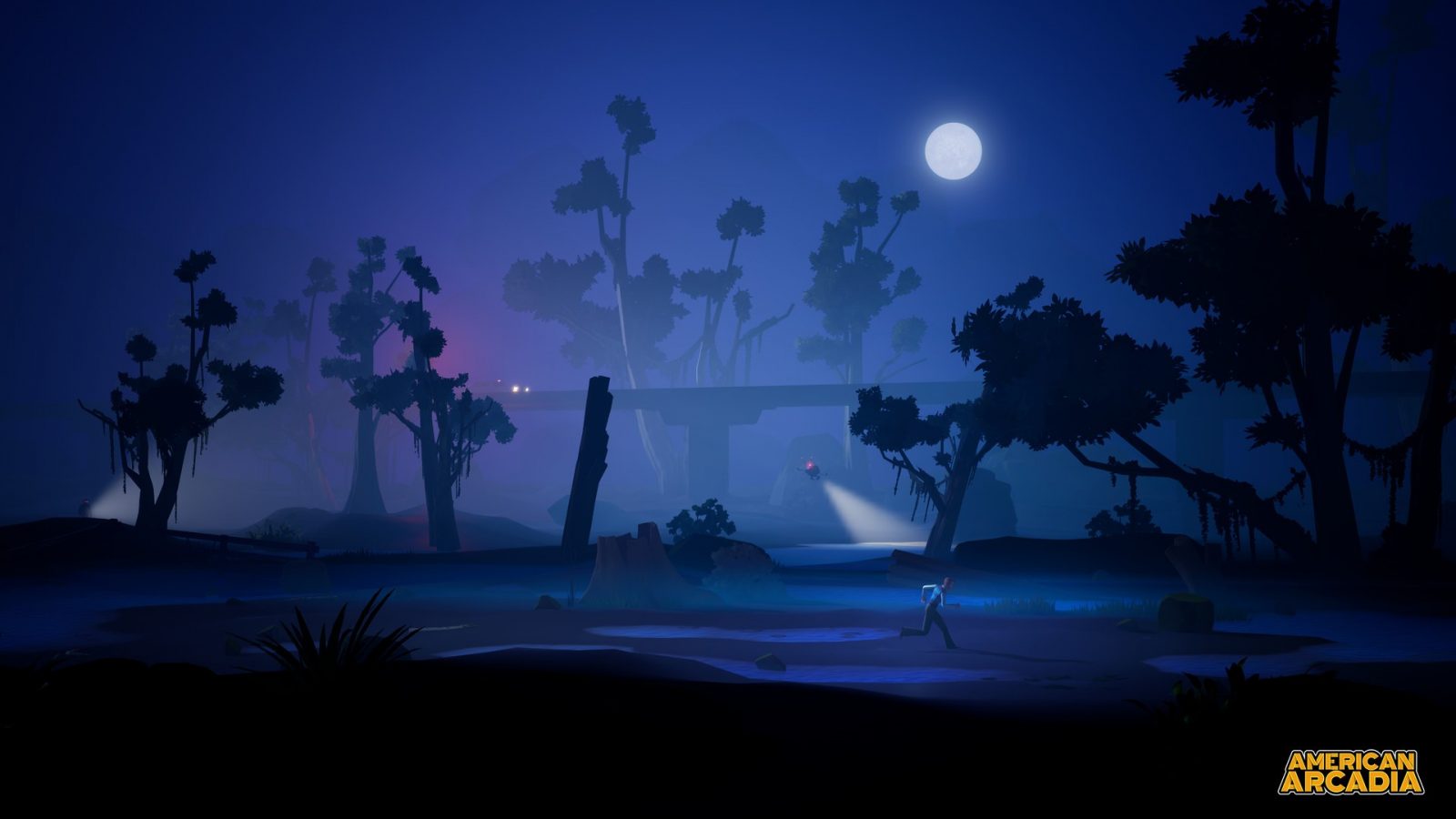 Overall, this Truman Show vibe of a game is quite exciting. You’re thrust into the story with not much other than something big had to have happened for Trevor to be in custody and having to explain himself. I’m very excited to see what American Arcadia has to offer when the full game is released.