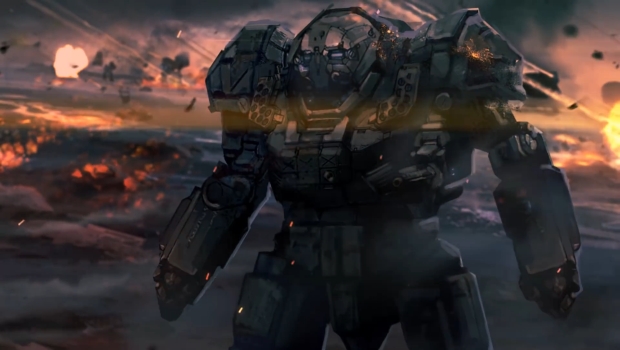 The people at Harebrained Schemes are taking their time to get things right, and that’s a great thing. After all, we have not had our last PC Mechwarrior title since 2002 (MechWarrior Online notwithstanding), and a year prior to that since our last tactical title – MechCommander 2. To really get into the roots of what this reboot of the franchise is about, however, you’d need to reach back even further to 1996’s release of Mechwarrior 2: Mercenaries. Before we dig into my hands-on preview of Harebrained’s reboot of BattleTech, let’s take a look to the past.

For those unindoctrinated in the extensive lore of the franchise (there are nearly 100 novels in print, plus tech manuals and tabletop game books), let me catch you up to speed with a very light primer. This new version of BattleTech (the original title being released in 1985, hereafter simply referred to as simply BattleTech) takes place in the Succession Wars Era. Royal families, referred to simply as “Houses” fight intergalactic wars against one another using giant robots called “Battlemechs” in a part of the galaxy colloquially known as the Inner Sphere. Like real world conflicts, the Inner Sphere has been carved up into intergalactic nation-states, each aligned to a specific House. As each fights for supremacy, their borders swell and shrink, and each planet is as crucial to establishing hegemony as the one previous. If you’d like a closer look at the state of the war, a fan by the name of Christoph Wassermann (with some help from Callsign Wraith_81) has created an interactive map, with all major Houses, and a few minor ones represented.

BattleTech takes place in 3025, a full 450 years into the war. At the outside edge of the map (known as The Periphery) lies the small foothold of the Aurigan Coalition (as seen on the interactive map mentioned above — you’ll find it at the bottom of that map). Within that sector is a portion designated as the Aurigan Reach, laying a border between the Taurian Concordat and the Magistracy of Canopus. (For those of you scrambling for your Third Succession Wars books, the Reach was created by Harebrained Schemes) It’s here that the developers tie their concept to arguably the best of the MechWarrior series — you are a Mechwarrior for hire.

House Liao, House Steiner, House Davion, House Marik, and House Kurita — the major Houses of the Inner Sphere are licking their wounds and pulling back from war to resupply and rebuild their limited stock of Mechs and Mechwarriors. This creates a lucrative market for soldiers for hire willing to risk their own Mechs for some C-Bills (the cash of the day) and the promise of salvage. These Houses often have plans within plans, however, so it’s also an equal opportunity to be used as a pawn, an expendable resource, or to unleash a double-cross inside a feint. We’ll have to wait to get deeper into that storyline, but given the fact that BattleTech franchise creator Jordan Weisman (CEO of Harebrained Schemes) and Mitch Gitelman (Studio Head of Harebraned Schemes) producer for MechCommander and MechAssasult are at the helm, there’s no doubt that it’ll be compelling and rich.

Line of sight is critical to success.

Recently I’ve gotten hands on time with the Backer Beta a little ahead of schedule to see what’s in store. There’s a wealth of updates coming, but this first touchpoint is a skirmish-only demo of the game in motion. Before we get too deep into the mechanics, let’s talk about what Mechs are available, the pilots that will man them, and what special skills those pilots bring to the table.

There are 23 Mechs available in the Backer Beta, though we don’t know if this comprises all the mechs we’ll see when the game ships. Specifically, there are Atlas, Battlemaster, Victor, Awesome, Orion, Catapult, Quickdraw, Jagermechs, Kintaro, Griffin, Hunchback, Shadow Hawk, Trebuchet, Griffin, Centurion, Vindicator, Jenner, Panther, Commando, Locust, and Urbanmechs, as well as variants of several pre-built and ready for deployment. The full game will have a MechLab to tinker to your heart’s desire, though it is not available in this build of the Beta.

Configuring your lance can be done by hand, or across a massive spectrum of archetypes. These archetypes are largely tied to the cost of deployment — something built directly into the mercenary narrative that will feature prominently in the full game releases. Missions have a cost associated with the deployment, representing the expense of dropping your lance into battle. These are set (at least for this Skirmish mode) as Clash at 15 million, Battle at 20 million, and War for 25 million C-Bills. As an example, an Atlas costs 11.4 M to drop, whereas a Commando costs just 2.5 M to bring to the field. It creates a great risk/reward as the House will only be paying a limited amount for your contract services.

With your lance selected, you’ll need to pick your arena. In this build there are five maps all designated as “Arenas” — Alpine River, Big Loch, Death Valley, River Crossing, and The Stacks. With your arena selected, next you’ll pick the “mood” — specifically if it’s a foggy day, foggy night, rainy day, sunset, or twilight. I guess there are no dry sunshine-filled days in the Inner Sphere.

Before you launch, you’ll want to check the meat piloting your mech. Over a dozen pre-made pilots are ready for battle, with each being differentiated by a callsign designation, a biography, a list of what mech they prefer, as well as bonuses to gunnery, piloting, guts, and tactics. They also have a designated skill that acts as a combat modifier perk. Here are the ones available in the beta, though there are three empty slots for each pilot, so I doubt it’s the full list:

Rather than try to explain the full mechanics of battle, a little show and tell is in order. Here’s my lance of Vindicator, Awesome, Centurion, and Orion and their misadventures against a completely random enemy force. In it we get to see alpha strikes (firing all weapons at once, heat be damned), deaths, lucky strikes, miscalculations, and melee attacks aplenty. Without further delay, let’s drop into my very first Skirmish in the BattleTech Backer Beta! (Excuse the shabby tactics)

As you can see, BattleTech has come a long way since our hands-on with the “Super Early Alpha” at MechCon 2016.  Melee attacks feel satisfying — no, they feel powerful. Weapons thud with a resounding crash, and the rain of missiles from the sky produces beautiful explosions when they hit your ammunition storage and it detonates, taking your arm with it. It takes every bit of the careful tactics and planning of the tabletop game, but strips out all of the tedium and ruler-based nonsense. While the game has been delayed, and this beta comes later than was anticipated, literally everything about it was worth the wait.

Now, if you’ll excuse me, Commander, I’m heading back to the Inner Sphere for some more BattleTech — I’m determined to get that Death From Above kill!