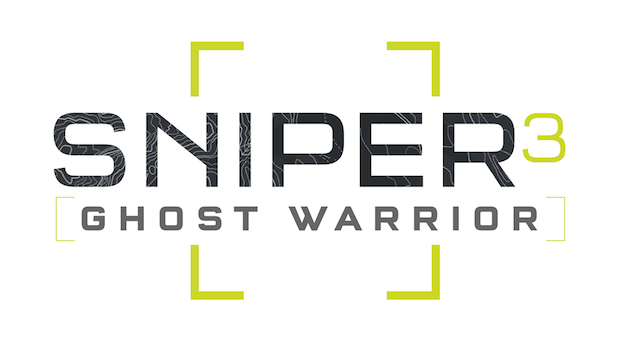 You’ve been sitting in this blind for days.  You try to ignore whatever the hell just crawled up your leg, and you are thankful you’ve sealed off your boots with OD-green tape.  Your stomach is empty, and even an MRE sounds pretty amazing right now.  But you can’t lose focus now — your target has just entered into the AO you’ve been scouting and ranging out in your dope book.  Steadying your breath you empty your lungs, adjusting for wind, bullet drop, and against your 500 meter zero.  Slowly depressing the trigger, you let the shot surprise you.  Birds scatter as your shot rings out, sending a 7.62mm round hurtling towards your HVT at over 2500 meters per second.  The pink mist erupts from his chest before he even heard the shot.

Being a sniper isn’t about making incredible shots over long distances.  Being a sniper is about discipline, practice, and a devotion to your craft.  It requires a great deal of math, understanding of weather and physics, and sending over 2000 rounds downrange a week until everything you do is not only well-practiced, but has become second nature.

Unfortunately, that whole process is incredibly boring as a game.

The team at CI Entertainment have made several sniper titles, and at E3 2015 I got to get very deep into their latest creation, Sniper 3: Ghost Warrior.  Jess Lebeau, the Lead Narrative Designer for the title, set up the scenario for this installment.

Sniper 3 takes place in Georgia (and not the one that grows peaches).  You play a U.S. Special Forces operative, dropped behind enemy lines charged with fighting a proxy war between the various factions in the area.  In our demo mission (the game takes place in an open world sandbox), we are prosecuting a Russian General that has been cracking the whip on a local Uranium mine in the area.  Putting a stop to that can be handled in any way the player sees fit, but our demo focused on the vast array of new features in Sniper 3.

As it often is in the field, the world itself is just as dangerous as any foe you might face.  Most of the time you’ll operate in a sniper/spotter pair in the real world, but if you are going it alone something as simple as a slip on a wet rock can send you careening below, breaking your leg.  In Sniper 3, you’ll have to use the new parkour system, a pocket drone, your scout training, and a great deal of patience to execute your mission.

Our mission opens with a quick hump back to our safe house to grab the next mission.  Scouting ahead we get a look at the drone.  Since the real world doesn’t have omnipresent radar with friend and foe indicators, neither does Sniper 3.  As such, enemies and mines are not visible on the minimap until you’ve spotted and tagged them with your drone, your naked eye, or through your scope.  Having spotted a minefield, we made our way to the edge of the explosives to showcase the new scout system.

Using a CSI-like interface, we spot a set of boot tracks in the mud.  Holding our focus on those tracks revealed that they were made by somebody wearing military boots, taking careful steps, and operating alone.  It’s likely it was the guy setting the mines.  We can now avoid, disarm, or even track this soldier back to his origin point, revealing a safe ingress/egress path.  We chose the latter and avoided danger with a purposeful crouched ascent.

Back at our hide, we got to see the new crafting engine.  Though our inventory was limited at this point, we could see that you could adjust nearly every aspect of the weapon system.  In this case, we had an XM2010 rifle, a SOG-like knife, a pistol, drones, med kits, and various levels of body armor, as well as a radio to contact JSOC for our next tasking.  The General I mentioned before, General Vitkovich was our next target, and JSOC was able to give us at least a small bit of intel on him — the rest we’d have to obtain the old fashioned way.

You can approach the level in any way you see fit, but this mission felt best at dusk.  Sleeping in our hide, we emerged in a rain storm.  The droplets pelted the foliage, providing cover movement on the undergrowth.  The dynamic weather system shoved the trees around violently as we stumbled on another set of tracks.  This set gave us a brief view into the “War Crimes” system, as the boot prints revealed that our prey was dragging something or someone.  Jeff suggested that maybe we could find this guy, and maybe upon interrogation he might cough up a key to a tower to provide additional high ground.

Moving in closer to the target, we got to see the second aspect of shooting that is often neglected or glossed over in sniping games and scenarios — the importance of stance.  Prone is usually the preferred stance, but it’s not always practical in the field.  This gives the player the options of unsupported, supported, braced against terrain, laying forward or backwards, and more.  These positions all offer different advantages and disadvantages, and it’ll be up to players to chose the correct one.

High ground is important in a sniping game.  A quick check of the map showed several hides we had discovered.  Unfortunately, high ground also reveals our position to helicopters, jets, and other overhead reconnaissance vehicles unless we are careful.  Spotlights, trucks, and more make the open world come to life, creating literally a million ways to be discovered.

Unlike other sniping games, discovery does not equal failure. The game does become a great deal more difficult should you tip off the enemy to your position, and they are likely to sound the alarm if given the opportunity.

One of the things that really impressed me here is the attention realism.  Since we are working without a spotter, studying patrols, countersniping, and tracking are paramount.  The guards all have patrol routes, specific orders, and a great deal of awareness of their AO.  There are no tropes here of guards ditching their rifle to take a leak, turning away from an obvious sightline.

The other thing that should impress those of us who understand the craft is that there is no progression system via arbitrary point values.  That is to say, you don’t go up levels, you don’t earn XP, and you don’t pick up skill points that make you a better sniper.  You earn all of those ‘skills’ by spending time at the range and engaging targets properly.   Adjusting for range and bullet drop are a big part of Sniper 3 since each and every shot could reveal your position to the enemy.  In fact, things like air temperature, wind, humidity, and distance play a factor, all but removing luck from the equation.  This nuanced approach to the discipline of marksmanship blew me away.

Our mission was approaching a close as we finally closed distance on General Vitkovich.  Using a drone to hack a nearby server farm, we spied on the General using his own AO cameras.  Tagging 14 soldiers, a turret, and six snipers in the area, we knew that we had just one chance.  We would have to make the cold barrel shot count.

I came away very impressed with Sniper 3: Ghost Warrior.  It didn’t feel like an arcade game, instead focusing on the science and data that makes a marksman into a sniper.  While the game is still early (it releases on Xbox One, PlayStation 4, and PC in the 2nd quarter of 2016), it is clear that they understand not only the mechanics, but also the mentality and discipline required of those who serve this profession.  I’m just glad I don’t have to sit in a tree for a week to play it.

I’ll be keeping a close eye on this one, so stay tuned for more coverage as I get additional hands-on time with Sniper 3: Ghost Warrior.