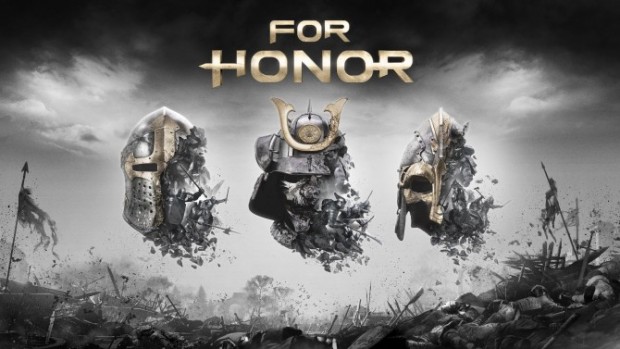 Ubisoft’s For Honor debuted this week and was easily one of the biggest surprise announcements to come out of E3. As a brand new IP with an emphasis on sword fighting combat, the action gameplay of For Honor looked appealing, but after getting some hands-on time with the game, I can confidently say that the gameplay shows great potential.

Running on a PS4 console, the demo I played began with a brief tutorial in the game’s medieval to get acquainted with the game’s mechanics. Sword-and-shield combat lies at the heart of For Honor, but the core gameplay revolves around the game’s blocking mechanics. When facing off against enemies, your foes display a radial icon which highlights one of three directions they are currently leaning – top, left or right. Holding L2 pulls up your shield, but you must then move the right thumbstick in the direction shown by your opponent in order to match their attack and guard properly. It’s a mechanic that is so simple, but works incredibly well and drives most of the gameplay from there.

Attacking is just as simple; light attacks can be done with R1, while the slower, heavier sword strike is performed with R2. Like blocking, tilting the right stick denotes the angle that your sword will swing, and achieving an effective strike requires aiming your sword where your opponent is not currently blocking. In this case, correctly landing an attack becomes all the more satisfying because it requires you to outwit your opponent and get an attack in before your opponent can find the proper block angle. In fact, with shielding working in much the same way, all combat is driven by trying to match (with blocking) or not match (with attacking), with both players anxiously trying to read their opponents next move. It makes every enemy encounter feel special since combat is not just a button mash, but a lengthy confrontation where foes eye each other down.

Adding another layer to the combat, pressing square performs a shield break, leaving your opponent vulnerable for a brief moment. While this maneuver is a helpful tool to score a quick hit, I’ll admit that it seemed like it was a tad unbalanced. I never encountered a single instance in which an opponent was able to block or dodge a shield break, making this move feel exploitable for some free hits. There may actually be some way of preventing the parrying of this move, but it was not apparent and could potentially make for some one-sided fights if not addressed.

After getting the hang of the game’s controls, we were ready to begin a multiplayer match, and this is where the game really began to shine. Featuring two teams of four, the multiplayer mode we sampled was a territories style match where players would race to any of the three capture points to claim them for their team. Points are earned from holding these territories and slaughtering your opponents, with the ultimate goal of capturing all points and removing the enemy team’s ability to respawn.

Adding to the large-scale battle, each team also has dozens of infantry soldiers that go to war with each other in the center of the map. These lightweight units can usually just be dispatched with a hit or two, so they act as more like fodder than an actual battlefield asset. These AI soldiers will occasionally take a swing and give a minor hit to your health meter, but they ultimately have very little impact on the overall battle other than to provide a minor distraction and serve as a set piece to make the scenery look grander.

Most of For Honor’s most exciting moments take place atop these capture points, with a constant flow of action headed in their direction. Claiming a territory feels very quick, with each capture point taking only a few seconds to acquire. There were a few instances where I would steal an enemy’s point and begin charging towards the next spot only to see that my first spot had already been stolen back already. It seemed oddly quick at first, but with intricate sword battles that can have players dancing around each other for upwards of a minute, the quick capture timer is probably a design choice to help keep players moving to the next battle, rather than stuck camping on a single spot.

Overall For Honor was a game that left me wanting more, and I walked away very impressed. Each encounter felt like a fluid sword fighting ballet, and I felt much more invested than a standard hack-and-slash action game. We haven’t seen any other modes or maps yet, nor have we seen the playable Samurai or Viking themes, so it’ll be interesting to see if For Honor’s simple-yet-engaging combat can provide variety .If the final product can maintain the same level of fun I played today though, For Honor could be on of this generation’s great new IPs.

I can’t claim the same glory as Matt from our round of For Honor, as my 6/5 kill/death ratio didn’t quite match up to his 11/1 ratio of domination. But it was reassuring to know he had my back, helping me hold territory and fend off attackers. For Honor’s combat is unforgiving and you’re not going to get lucky very often — when you’re locked in combat it’s purely a contest of skill.

The game reminded me of Ryse in terms of looks, the character models are extremely detailed, with realistic animations giving weight to all the subtle movements of your fighter. The combat itself is calculated and methodical — think Dark Souls — requiring that you think about your attack before pressing the button. Any attempts to button mash my way to victory led to embarrassment… hence my shoddy KD ratio.

I’m excited to see what this brand new IP has to offer.