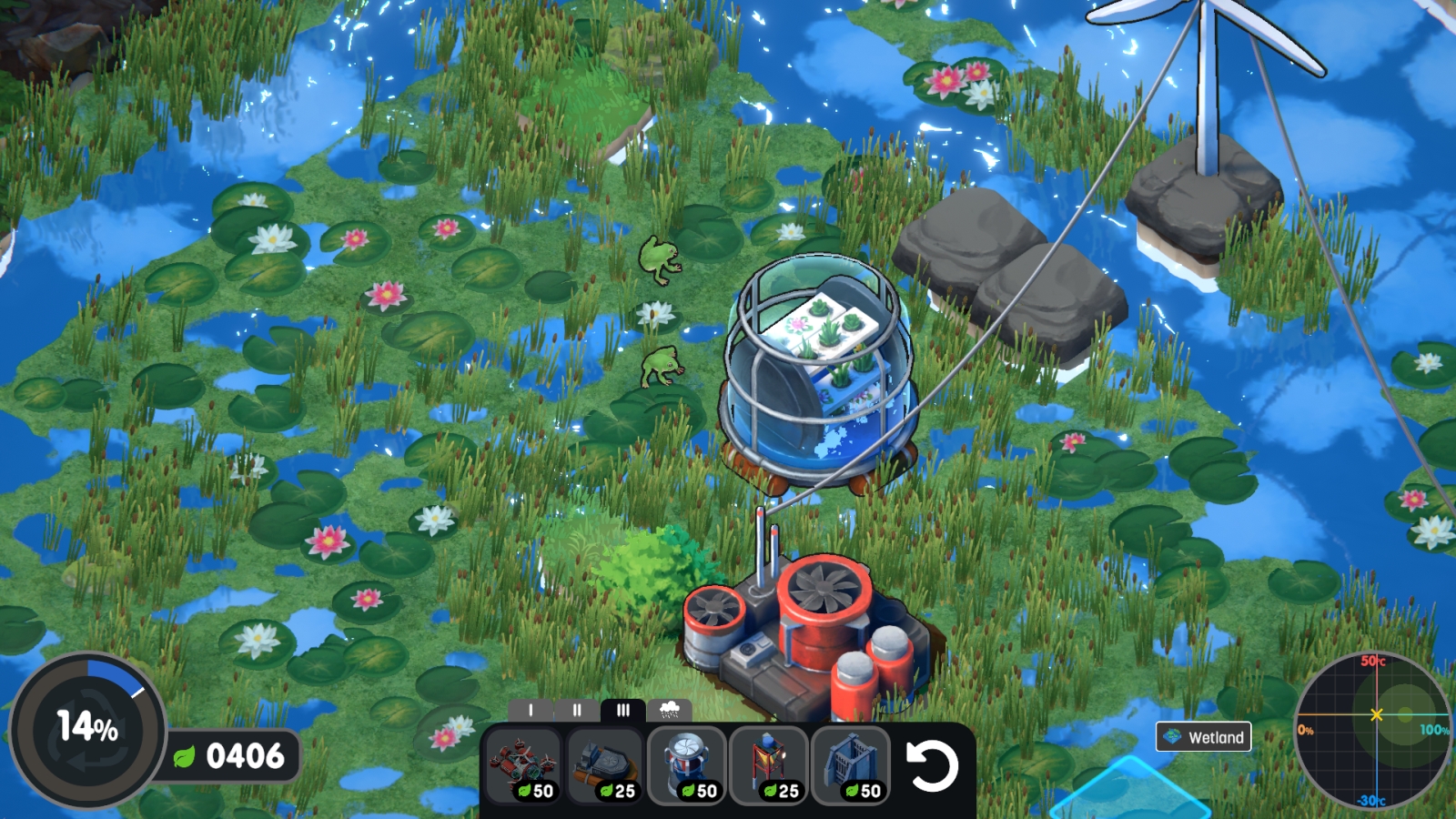 We got treated to a peek at Terra Nil, the upcoming reverse city builder by Free Lives. A different take on the city building genre, Terra Nil has you rejuvenating a barren wasteland from the ground up. You’ll start by placing some turbines, excavating riverbeds to bring in more water, and growing grass by irrigation. Before long you’ll have the beginnings of a fresh new world!

A brief introduction from the devs:

Terra Nil’s gameplay revolves around global rejuvenation. You’ll progress through multiple stages of restoration, including cultivating biodiversity, fixing the climate, and recycling the very buildings you’ve used to progress. Progress sees you restoring different geographical regions as you discover their unique challenges, flora, and fauna throughout procedurally generated maps. Terra Nil is a zenlike, globetrotting tour about mending the scars of devastation. 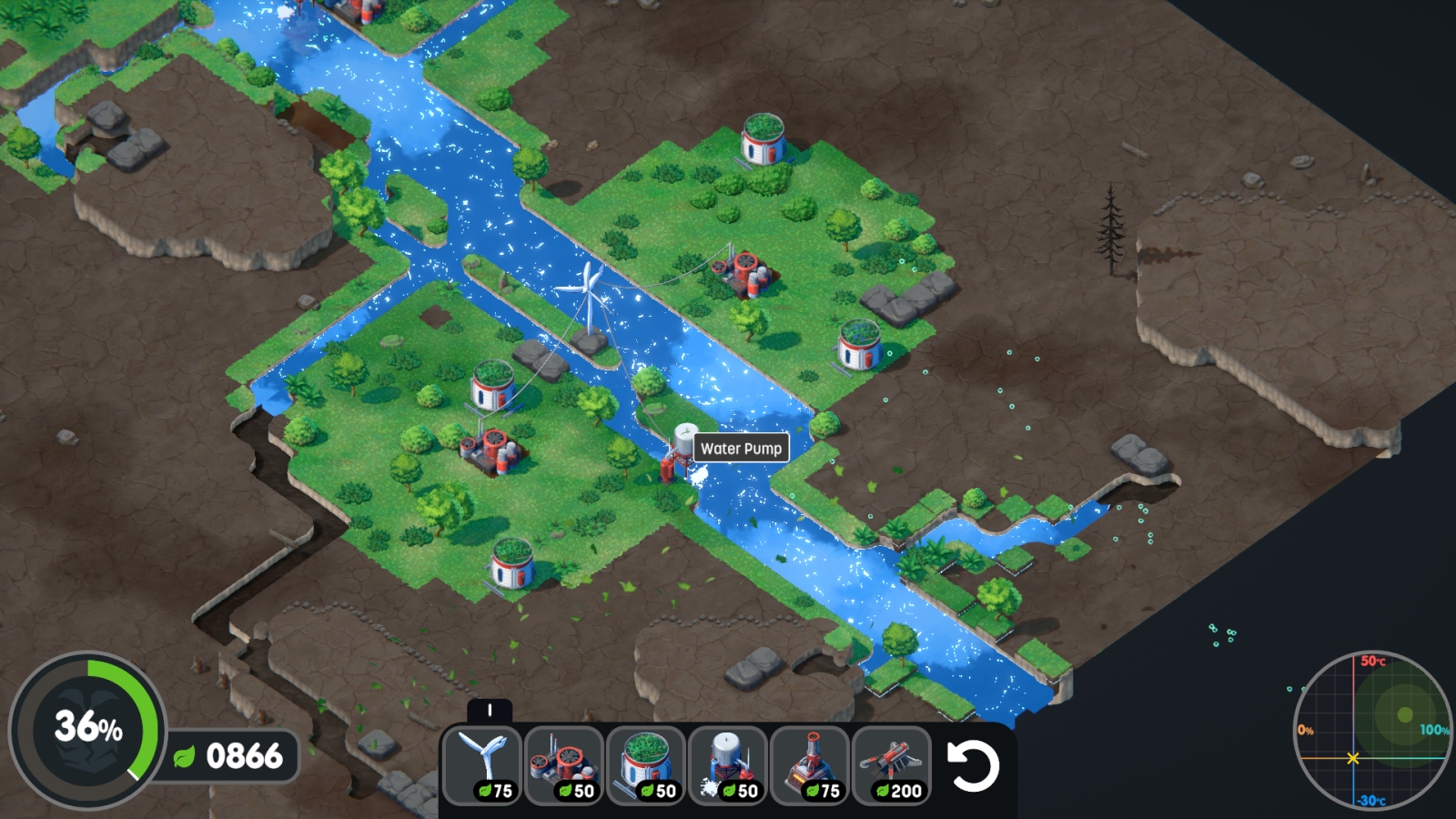 Fill up all the empty wasteland to rejuvenate the map!

Terra Nil is a very casual, relaxing game. As you progress through the different stages we were presented with in the demo, you start to see the result of your actions when birds, deer, frogs, and other wildlife start to move in. Everything about it is calming and satisfying, including the music.

Most resources will cost currency, which is called greenery and is represented by a leaf symbol. A handful of your buildings or resources will earn you greenery, and it’s a heavy balancing act in the beginning to make sure you’re not blowing through your greenery too fast. Pay close attention to the cost and gain of your buildings when placing them on the map. Very quickly you’ll have to start placing items like the Calcifier to build up more rocks to place your turbines on, and using the Excavator to place more riverbeds, and if you don’t plan ahead you’ll be out of money in the blink of an eye.

Once you achieve the phase 1 goals, the game will introduce you to new buildings and mechanics. Soon you’ll have the ability to start placing things like Beehives which will generate a little more income, and things get a tad easier. But it’s still a balancing act to be as efficient as possible while trying to use up all the available space. 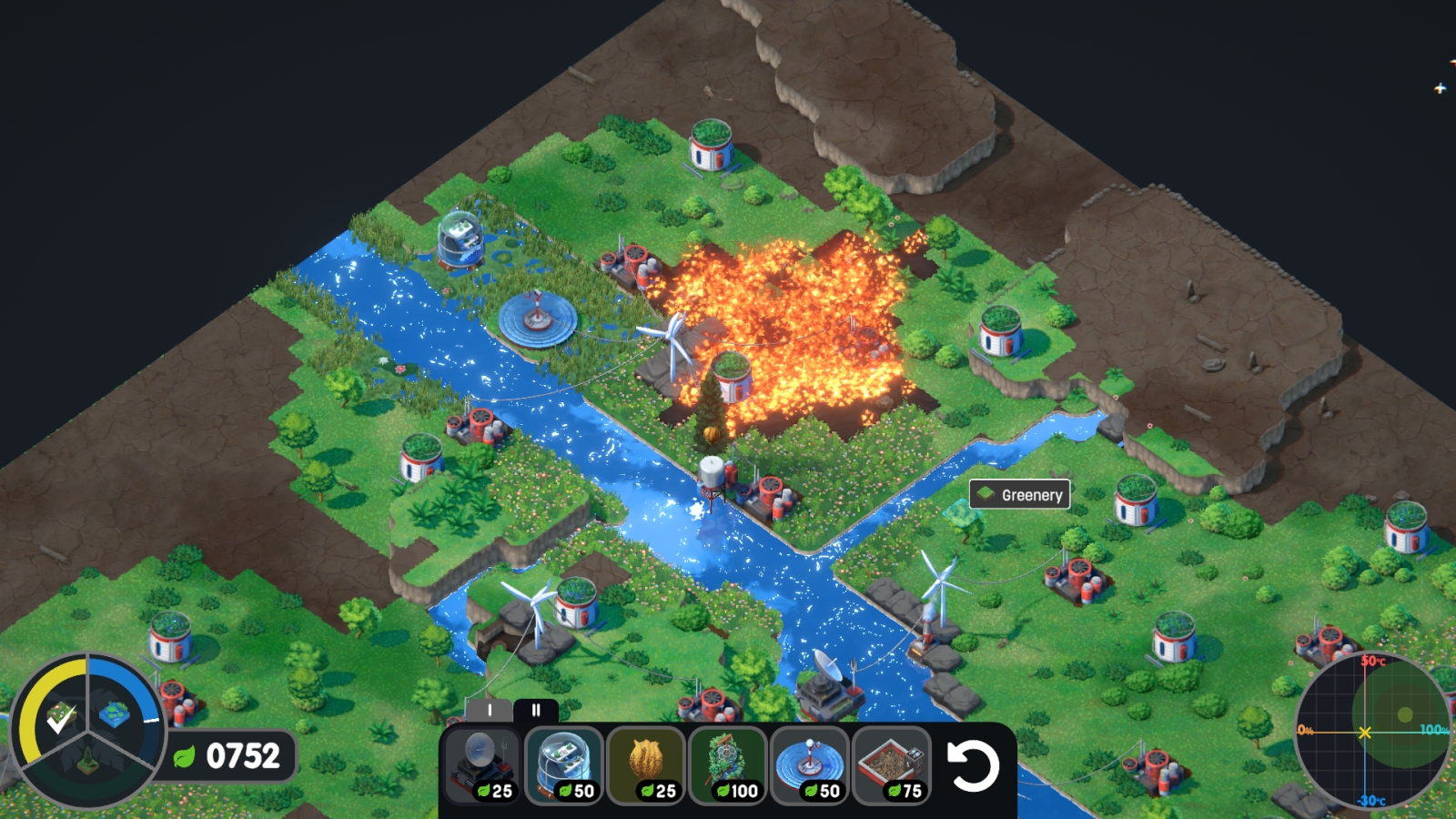 A controlled burn. Afterwards you can place forests.

In phase 2 I was able to start adding in different biomes, such as forests, wetlands and grasslands. All of these have requirements, such as a sunlight generator to set controlled burns to an area so you can grow the forests. To create wetlands you need to upgrade your irrigators, and here is where your placements from phase 1 start to matter. You will also get a building that reduces the cost of things, which is great. It took me two play-throughs on the map before I fully understood how to plan ahead for these later steps. 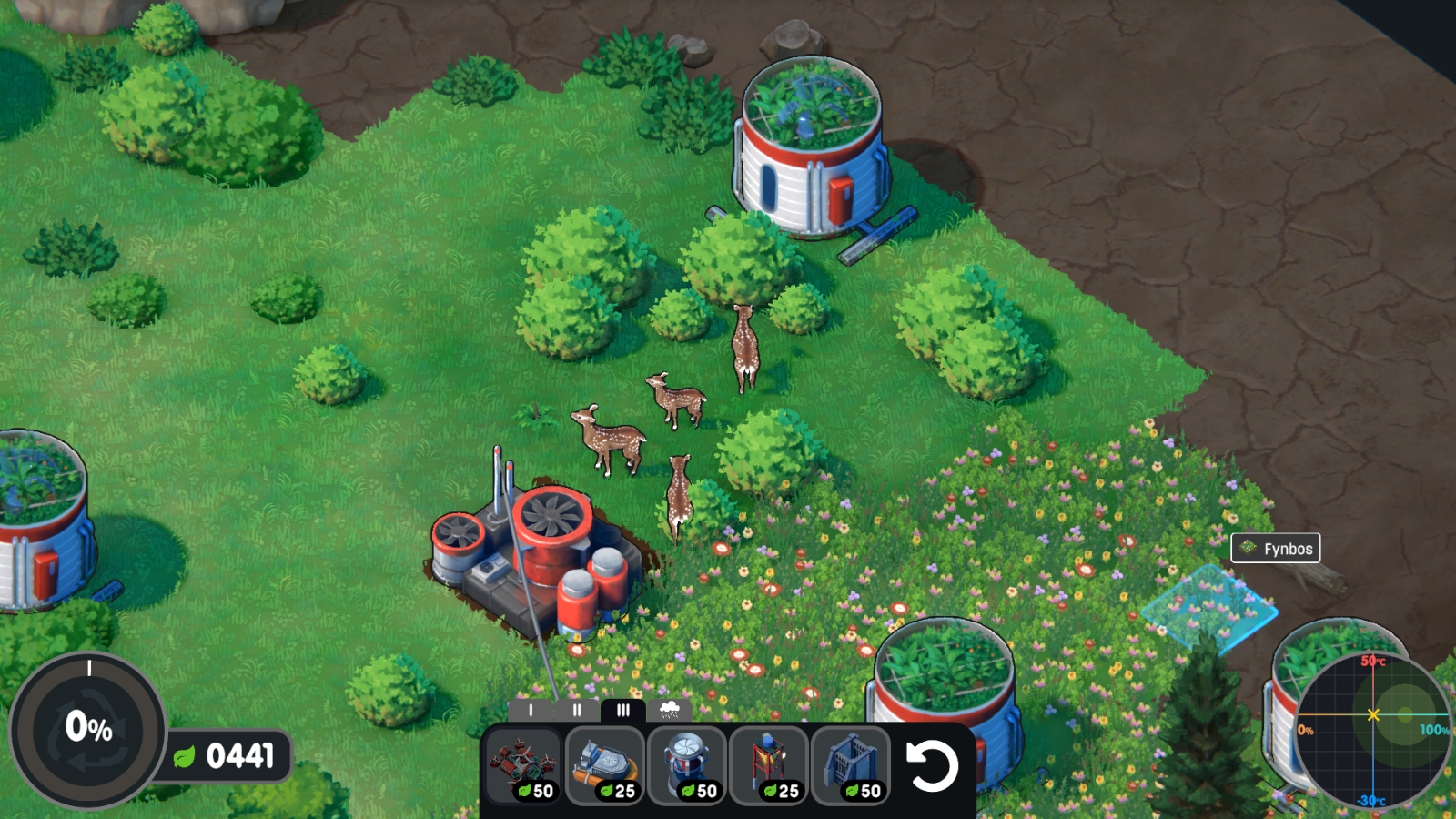 You’ll start to see wildlife appear on the map once things start flourishing.

Phase 3 introduces the ability to build an airship with recycled material, as well as the ability to control the weather. You can place silos along the riverside that will recycle your old buildings, and craft a recycling boat that will gather all the materials. Eventually you’ll recycle all of the buildings you place, and leave behind a beautifully restored piece of land. You’ll take to your airship and fly off happily into the sunset.

I enjoyed the short demo for Terra Nil, and look forward to seeing what comes next. If you like resource management and city building games, Terra Nil puts a new and fresh twist on the genre. It’s not action packed, but it’s a very relaxing way to kill an afternoon. The end results are quite satisfying.

Terra Nil is on Steam, and while the release date is still TBA, you can add it to your Wishlist. Keep an eye out for continuing coverage here on Gaming Trend!