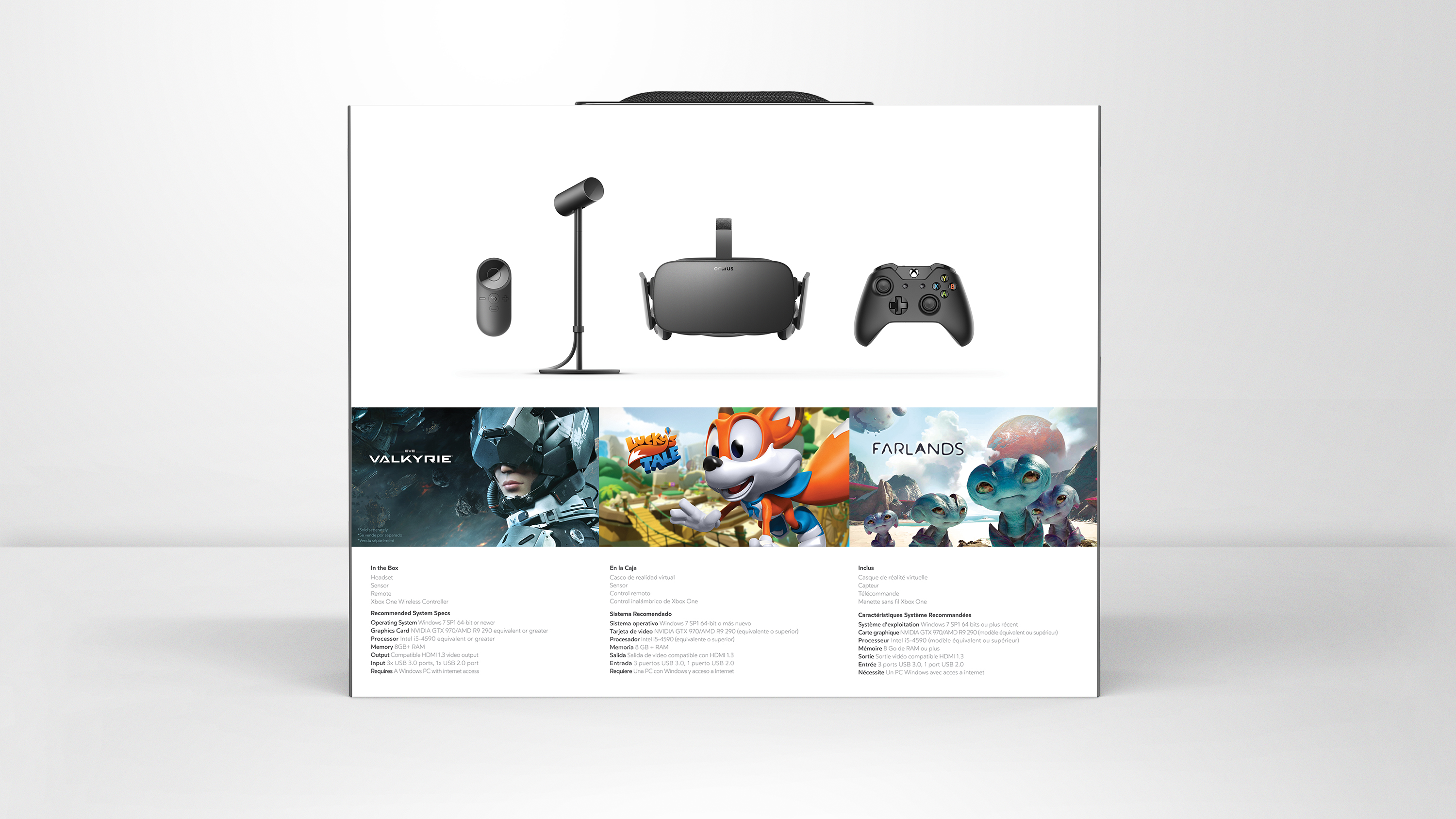 It’s your first ever E3. There are a ton of great games and experiences that you can’t wait to get your hands on, and at the top of that list is VR. You’ve heard and read everything you could about VR on the Internet, but a lot of the praise and impressions don’t do it justice; everyone says it’s something that you have to see to understand. So, if there was one experience I had to have while at E3, it was VR. The Oculus booth was in full form, showing off demos from all over the gaming spectrum. I got to check out a few games with both the Samsung Gear VR and the Oculus Rift. The Samsung Gear VR was being demoed with four games, and the way in which each game controlled, and the quality of those controls, differs drastically from game to game, so I’ll take it one at a time.

The Samsung Gear VR comes equipped with a headset control that has a touch wheel near the temple. It feels a lot like an old-school iPod dial; by moving your finger around the circle you can move up, down, left and right. And by tapping the middle, you can shoot. I can only imagine that I looked like a much dorkier Cyclops, moving my head around and tapping my temple as I shoot my virtual enemies.

Drop Dead
The first game I got my hands on was Drop Dead, a House of the Dead-esque zombie shooter. The controls were simple: move the reticle by moving your head, and shoot by tapping your temple. They both worked smoothly and accurately, and the potential for a fully fleshed-out shooter experience could be quite enjoyable. The Drop Dead demo, though, was enjoyable for a short while, but seemed to be a pretty shallow experience. Even played in smaller chunks, as one might believe a mobile game would be played, the repetitiveness of the gameplay left something to be desired. House of the Dead, and games like it, tend to have staying power because of their progressive difficulty, quirky and engaging gameplay, and their integral scoring systems. It is unclear as to what the full Drop Dead experience will turn out to be. The foundation for a pulpy, fast shooter experience is there, but it can stand to add a few more bells and whistles before release.

Fusion Wars
Imagine the 1980 version of Atari’s Battlezone. Now take that same geometric style and moderately improve it with a futuristic coat of paint and tack on the headset wheel controls. Controlling the tank with the wheel did not work properly and it was moving around haphazardly. The battle against the AI tanks boiled down to me finding the spot on the wheel that sent my tank into a reverse right turn, and continuously spinning until an enemy tank came into sight so that I could aim at it by moving the reticle with my head and tapping the headset to shoot. Fusion Wars needs a lot of work before it will be a fun game to play. Hopefully that can happen before release.

Stern Pinball Arcade
Stern Pinball Arcade is exactly what it sounds like. It’s you, a pinball machine, and an empty room. As far as virtual pinball games go, this one severely lacks in quality when compared to its competition like Pinball FX and the Zen Pinball series. So, it must make up for it by taking advantage of the VR experience, which means making the player feel like they are playing in an actual arcade. Only Stern Pinball Arcade does not deliver on that feeling of nostalgia; it drops the pinball machine into a room sparsely decorated with a few obscure posters and is an, ultimately, uninspired setting.

Castle Storm
The final game I played on the Samsung Gear VR was Castle Storm, a tower defense title that has been previously released on several other systems and is now adapted for VR. I began the demo from a first-person perspective sitting in a movie theater decorated like a cartoonish medieval castle with golden knights, swords and shields, and royal banners. I had a smile on my face the whole time I was looking around the theater. The knights moved when they thought I wasn’t looking, the king sat high above me heckling the screen, and soda and popcorn scattered about the seats and floor. After looking around for a few minutes, I jumped into a defense tutorial. The combat boiled down to two castles on opposing sides of the screen, one yours and one the enemies. You both are armed with archer towers, and have the ability to send out knights, scouts and archers to attack the opponent. Aiming with controller was slow and difficult; the hectic action on screen and the less-than-desirable graphical fidelity made keeping enemies at bay almost impossible. The immersive qualities of VR were fun to see in the movie theater setting, but added very little during actual gameplay.

Feral Rites
After my Samsung Gear VR demos, I was left wanting for a bit more substantial VR experience, so I was excited to get my hands on Insomniac Games’s new adventure brawler on the Oculus Rift, Feral Rites. From a third-person perspective, you control your character, a tribal warrior with supernatural abilities to turn into a feral beast. The combat used light and heavy attacks, along with grabs, to produce combos that often juggled enemies until their health depleted. You can use the environment around you to do more damage to the enemies and switch between human and beast mode when the meter allows for more damaging attacks. Despite whatever mode you’re in, the character movement is very slow and traversing the levels feels like a chore. As you move from battle to battle, your view is restricted to a small combat arena, and the VR allows you to look around within this closed-off area. If anything, VR took away from the visceral nature of the action brawler. Because of the weird feeling of disembodiment, it didn’t seem as if I was playing as the character, but more like a god watching over and playing with the him as if he were a toy. Only it didn’t feel like I had any power, and I had no connection to the character whatsoever.

I was honestly disappointed with the visual quality of the Oculus Rift. The game suffered from the infamous “screen door effect” and did not look much better than the games I saw on the Gear VR. I was hoping to come away from the Oculus booth astounded with the potential of VR, but, instead, I have drastically decreased my expectations for a truly immersive and engaging VR experience.