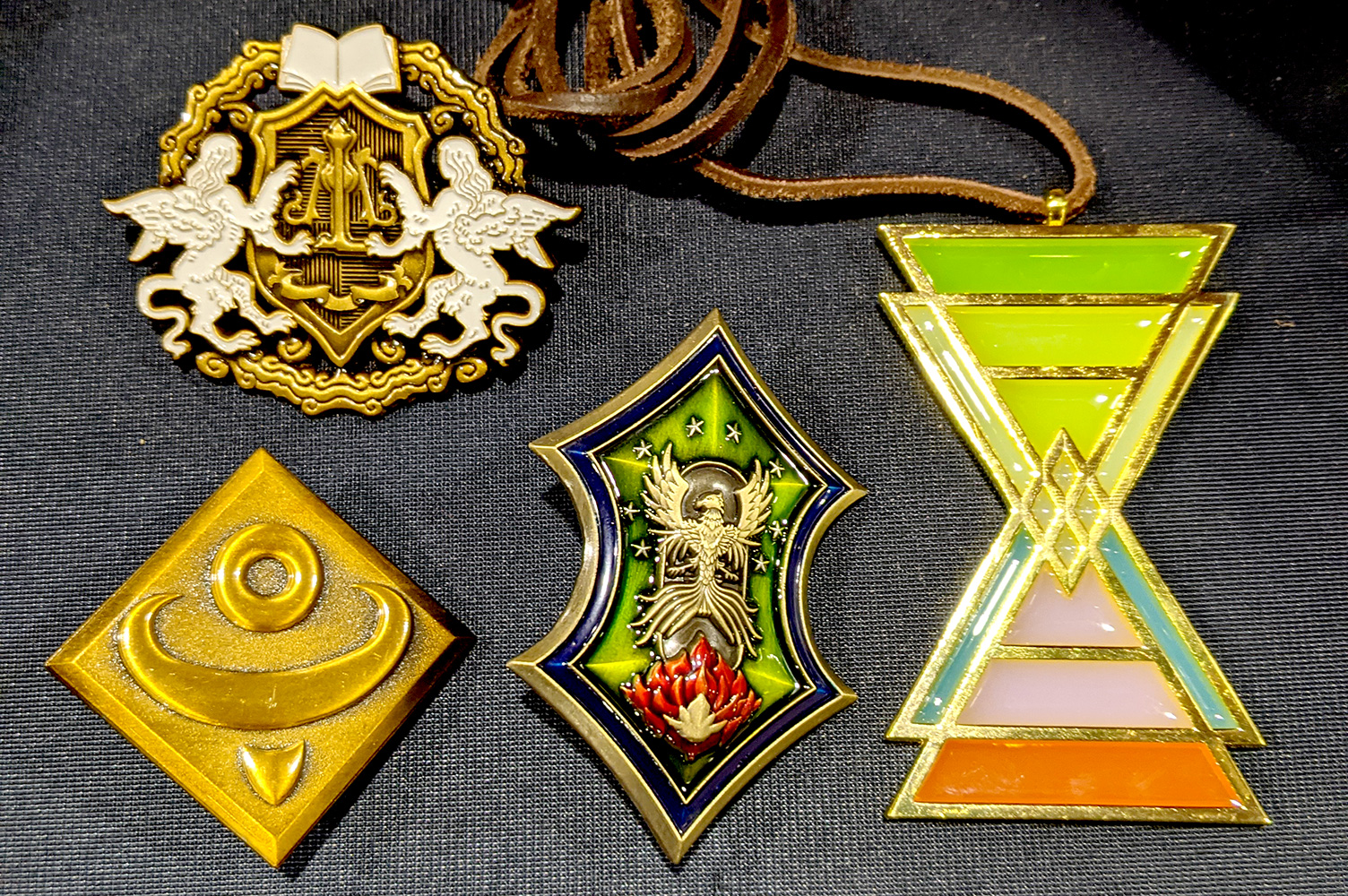 Just in time for the release date for the Tal’Dorei Campaign Reborn Setting, we got to pay a visit to our friends and Beadle and Grimm’s and get up close and personal with some of the jewelry and coins which will be included in the impressive B&D box.

We start off with coins and tokens, specifically the token of the Clasp and metal coins from the realm: 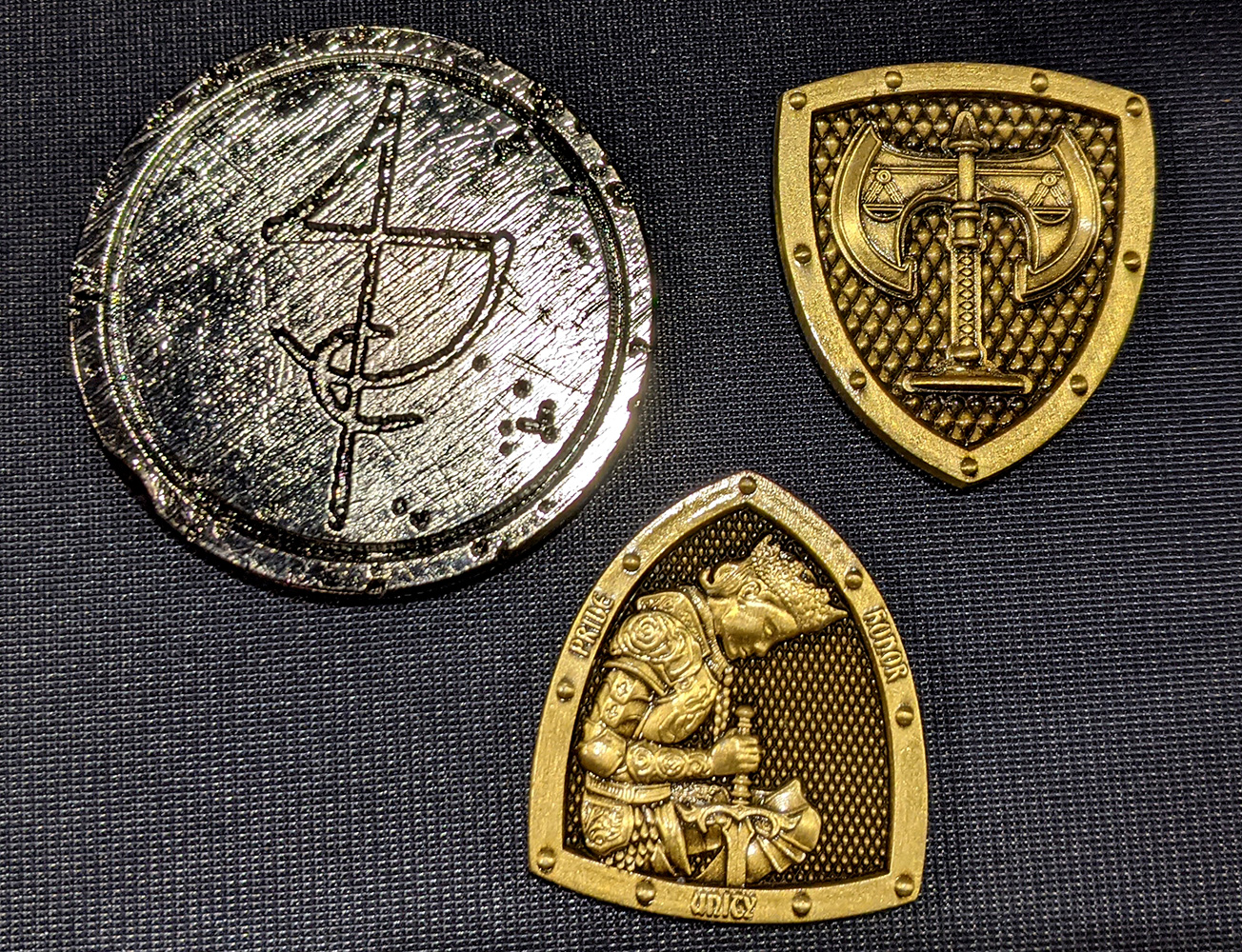 The realm coins are about one inch tall and crisply minted with great detail and texture. The Clasp Token is artificially weathered but still does a nice job of catching the light; all three have a solid weight.

We then got a look at the Alabaster Lyceum pin and the Council of Tal’Dorei badge, which are the most impressive of this incredibly detailed lineup. 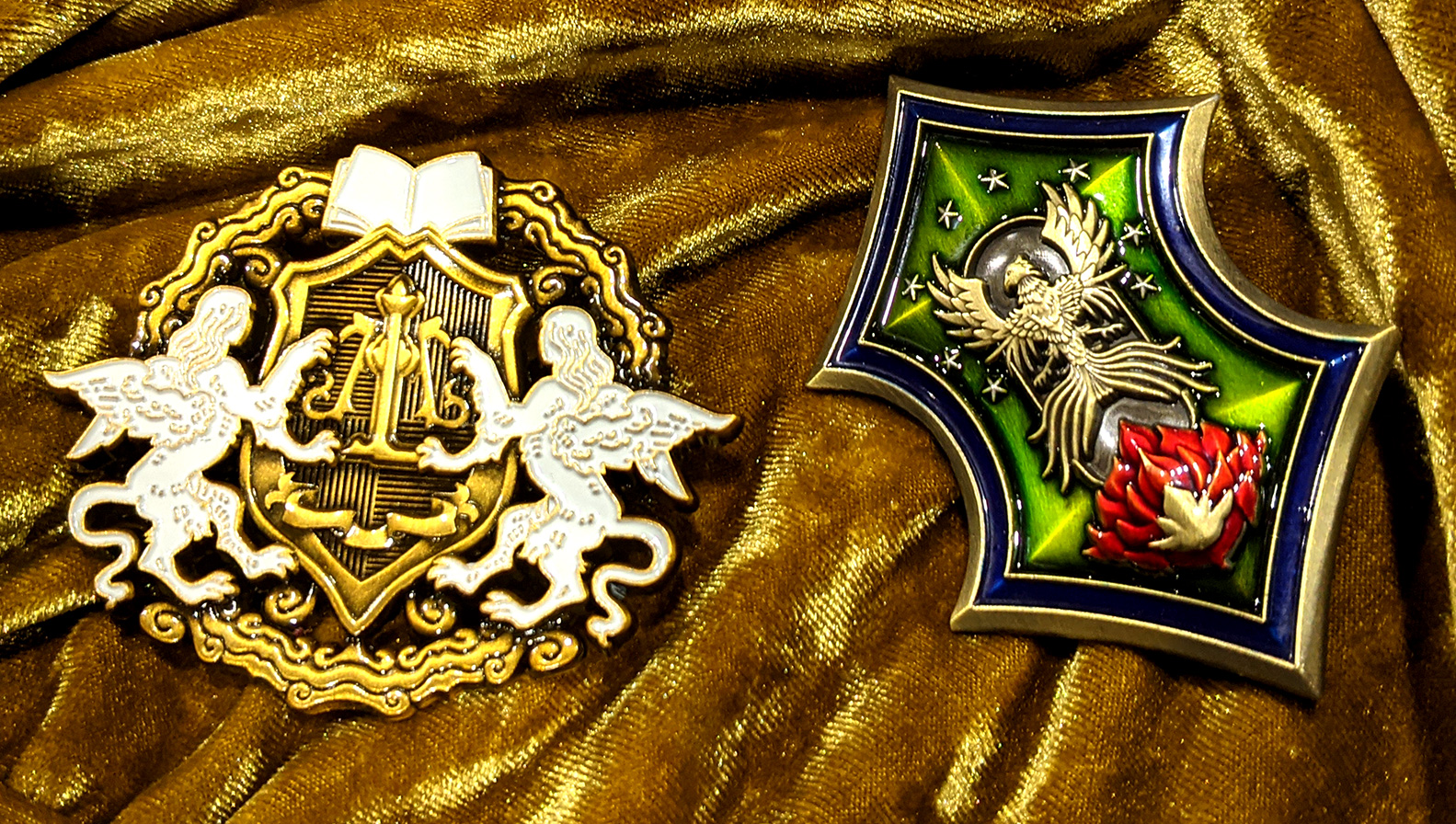 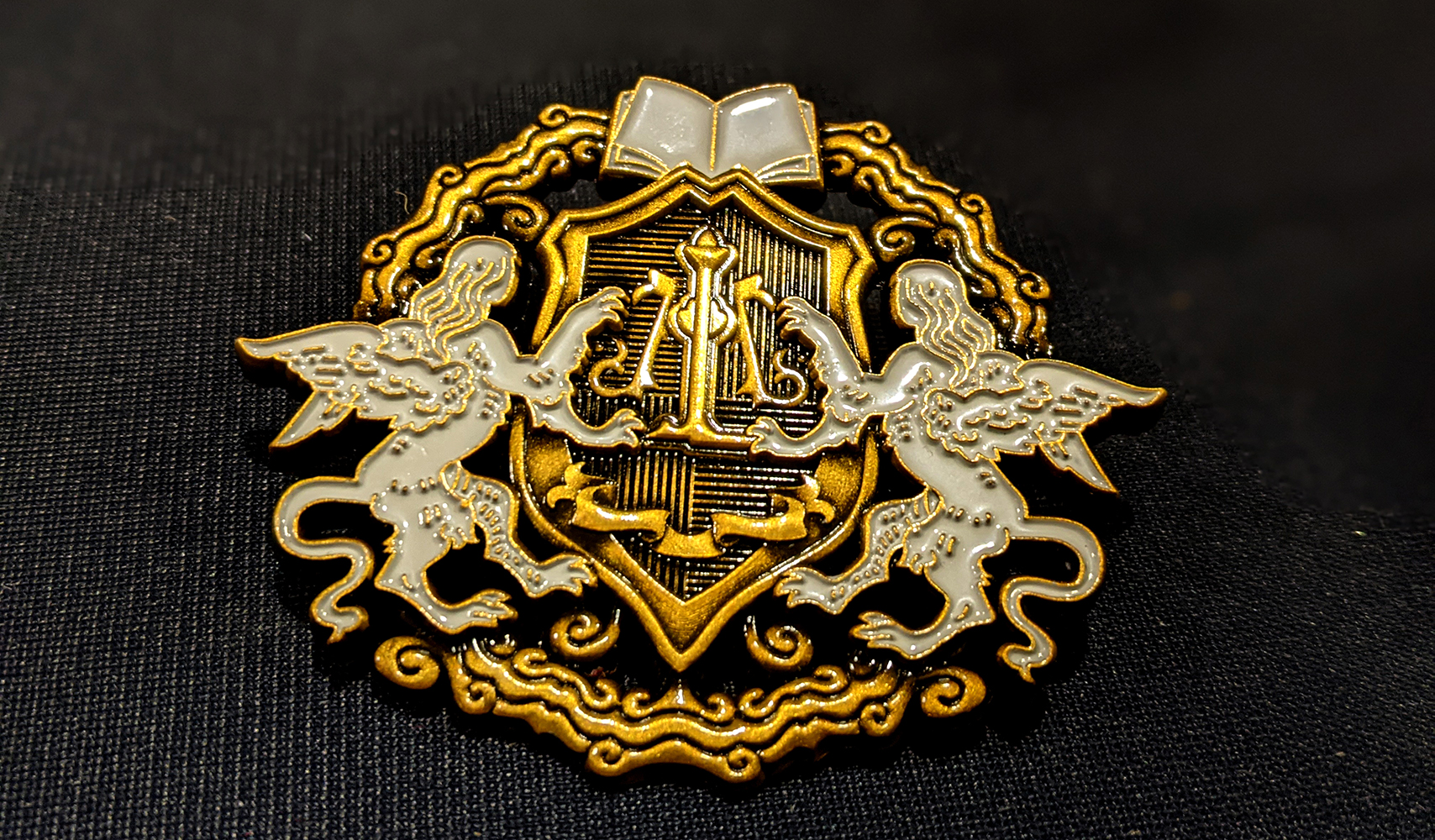 The Alabaster Lyceum pin has enamel inlays and a number of cut-outs. It’s around 2 inches and the various designs layer nicely. 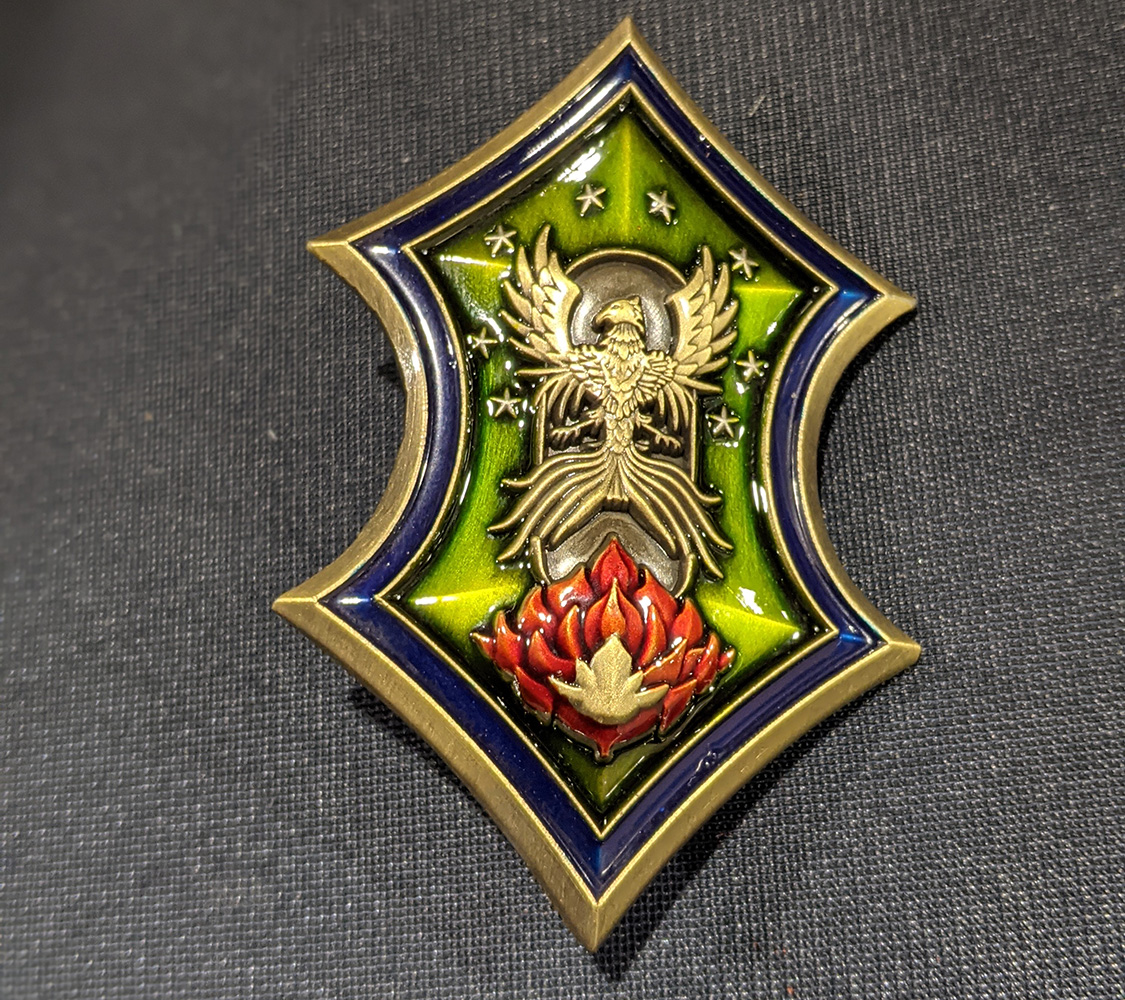 The Council of Tal’Dorei badge is as regal and impressive as the body it represents. The various gradients and textures catch the light and look incredibly captivating behind the solid bronze colored phoenix and stars. This is easily the most eye-catching of the trinkets that were on display. 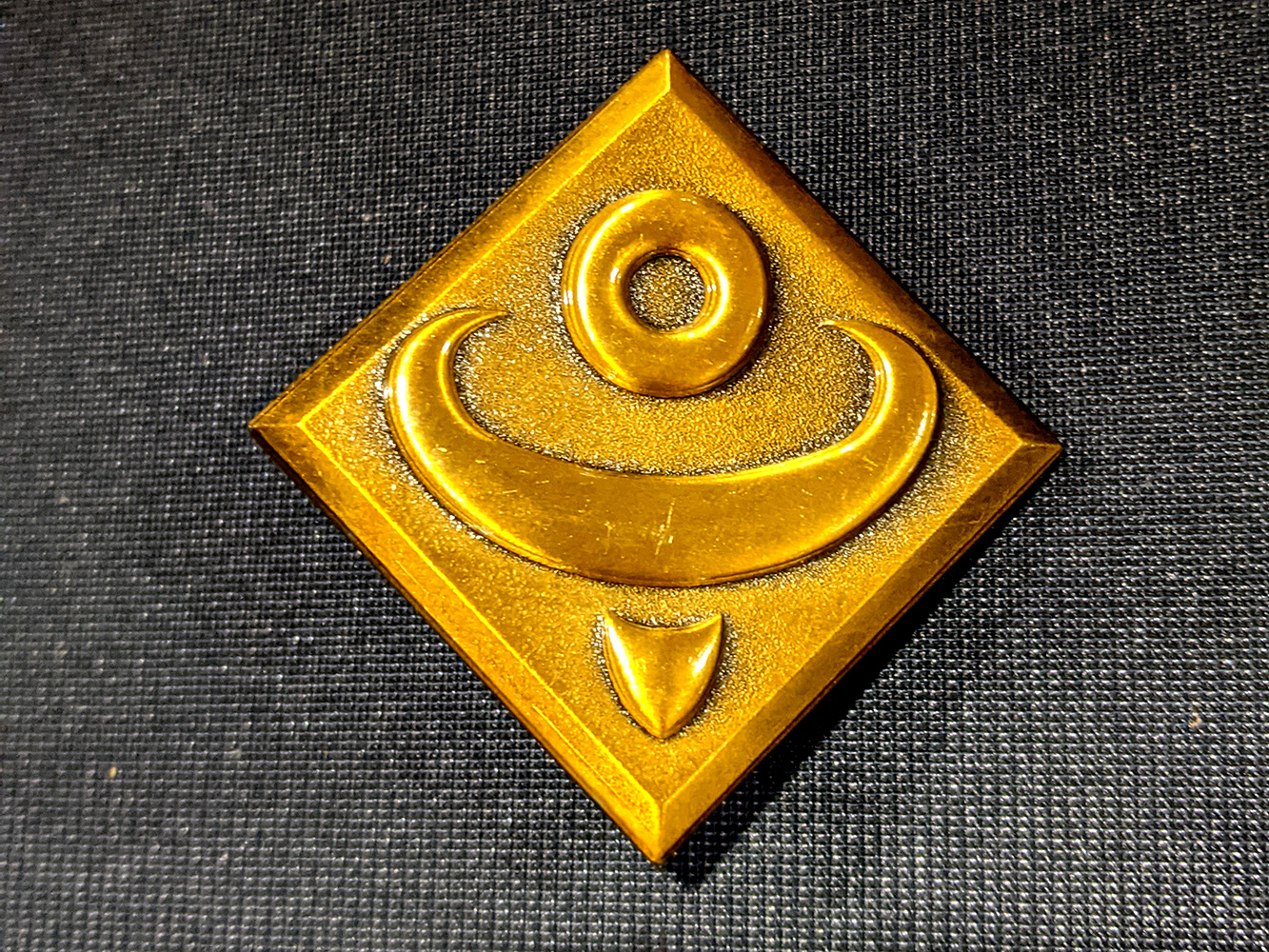 The Golden Grin pin falls on the other end of the spectrum, simple but expressive, as befitting a group which prefers to remain cloaked in mystery. Slightly rough but heavy, it’s got a good size and a surprising weight to it.

Finally, we got to look at the Ashari Necklace: 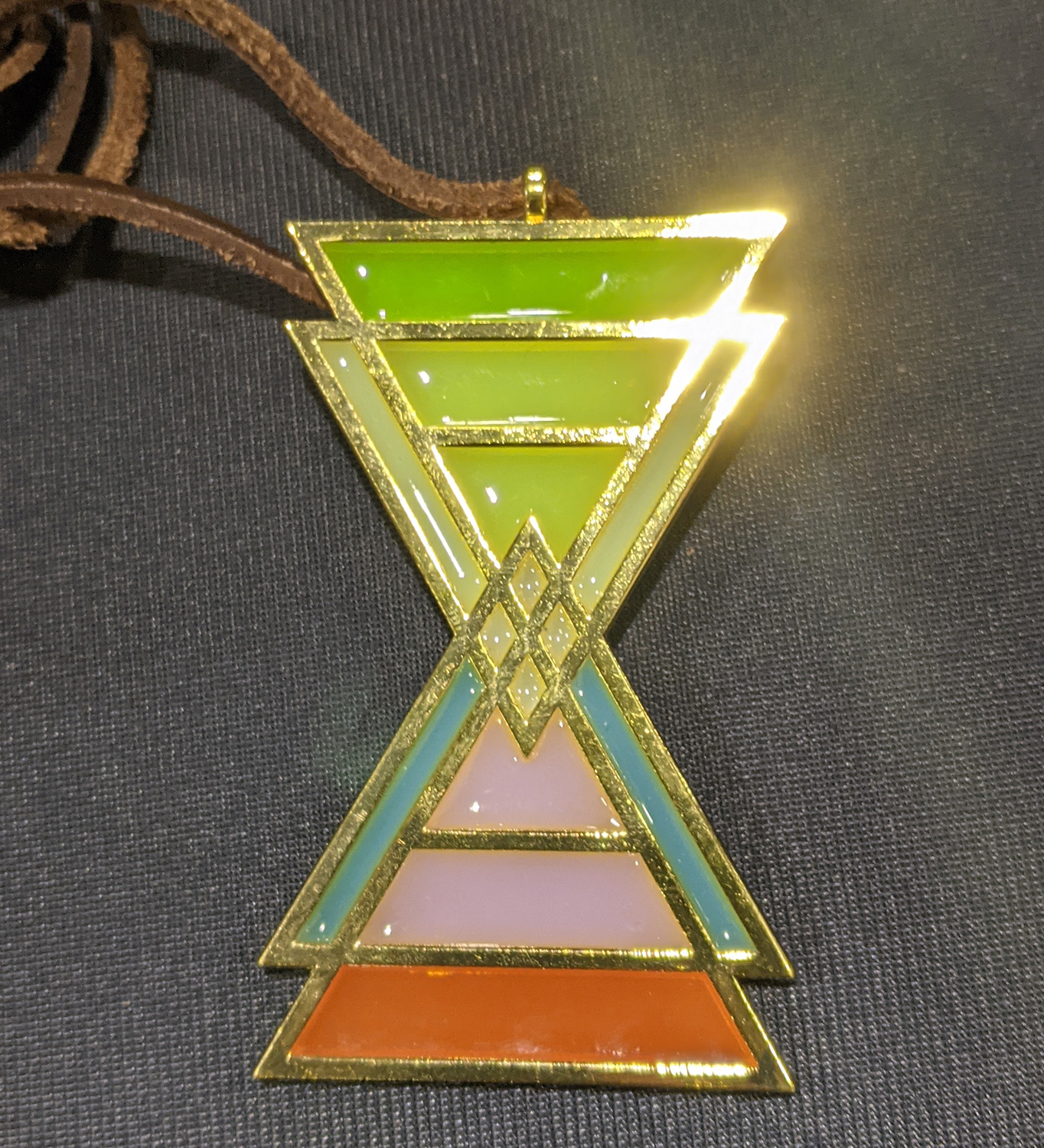 Light and colorful, the gold of the pendant catches the light easily and often, and the colors are bright without being garish. The largest of the bunch, it’s thin with enamel lacquer and hangs off a simple leather cord.

All of these items were on display at Beadle & Grimm’s PAX Unplugged booth, though they were on did not come with any explanation or context around what con-goers were looking at. Despite the lack of context, we overheard a number of people commenting on how pretty they were and suggesting how they would incorporate them into their own games–or how they were attractive enough to just wear randomly, especially the Council of Tal’Dorei badge.

The Beadle & Grimm’s Tal’Dorei Campaign Reborn Setting box releases on January 30th, and comes packed with area and battle maps, encounter cards, a custom GM screen, and more. You can check out everything in the box and pre-order now at the Beadle & Grimm’s website.