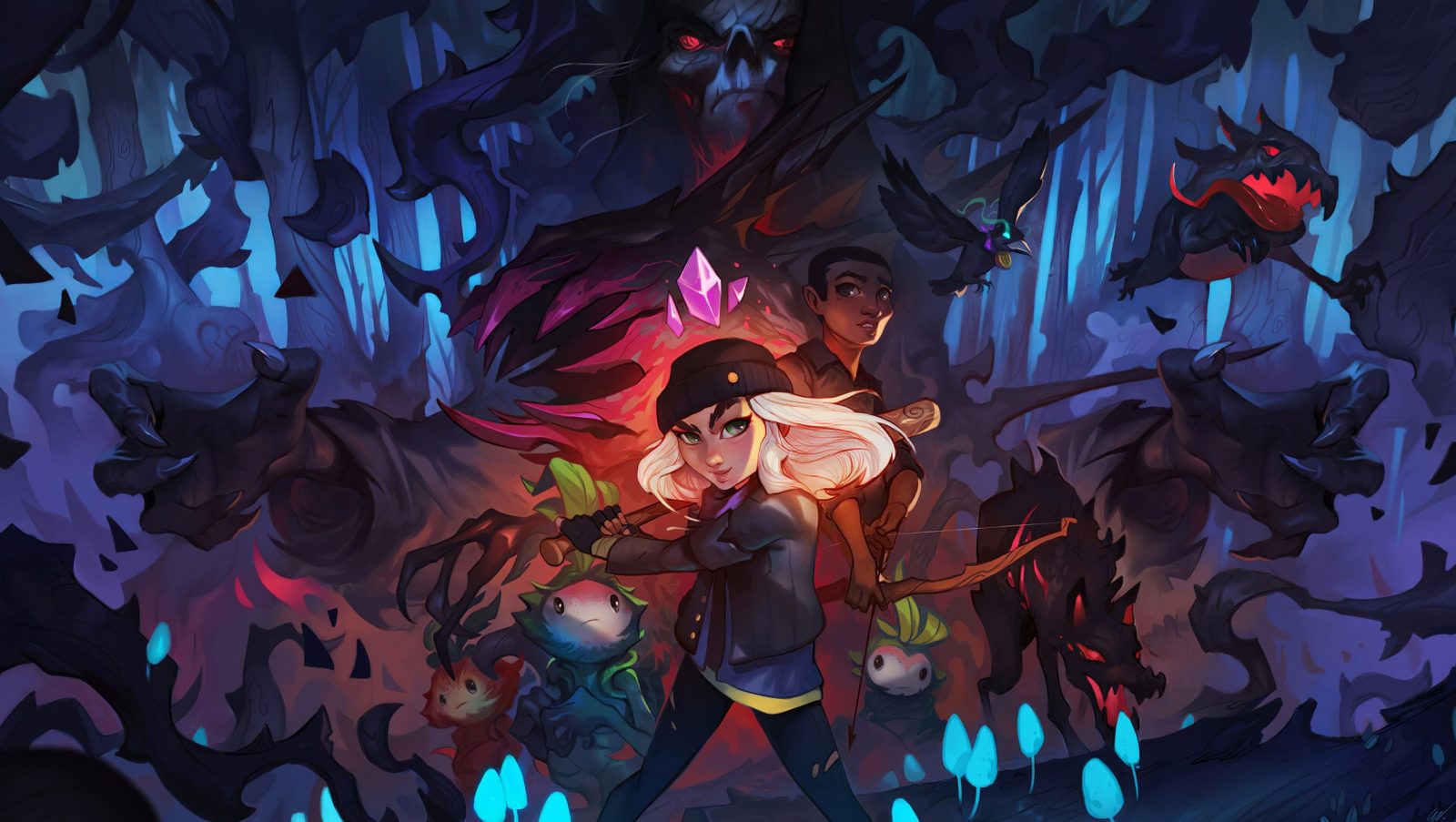 Imagine being whisked away into another world where you, a teen who thought today would just be another day, is asked to save a world and its inhabitants that you never knew existed. Drake Hollow is a departure from what we have become accustomed to when thinking about building and farming simulators. A mixture of action, story, and multiplayer have transformed what would have been another run of the mill farming simulator into a bold step forward in this genre. Magic is also a part of the world and plays a big part in how you navigate and fight against the enemies. Though the campaign of Drake Hollow wasn’t available at the time of this preview, I had the pleasure of being dropped into an open sandbox world where I could experience what’s to come. Here, I was able to gain a better understanding of the Drakes, the evil that’s blanketed the Hollow, and experience the game’s mechanics and gameplay.

With an art-style similar to Fortnite, even down to some of the animations, the Hollow looked to be a world that’s filled with vibrant colors, but after the Aether infected the lands, it was left gloomy, lifeless, and filled with turmoil. Drake Hollow at its core appears to be a collaboration of games in different genres, with building and farming being the utmost of importance. The game offers a basic yet adequate character customization menu that allows you to create a unique character. The current menu in the preview is somewhat limited, but it’s clear that there is a desire for each character to look unique and fitting to the player’s taste.

Jumping into the game, though there’s little story to go off in this preview, it’s clear that the Drakes, small plantlike creatures, have brought you to their world in order to stop the onslaught of the Aether. The preview began in an open world where I could venture just about anywhere to loot, craft, build towns, find Drakes, and explore to my heart’s content. The game shines in its ability to let you craft different types of items to care for the Drakes, who cannot fight for themselves. In the menu, you start with a few blueprints that allow you to see what resources are needed to build the object in the blueprint. You will also come across blueprints in the wild that are hidden in some of the most obscure places.

Collecting resources and crafting is a major part of making sure you and the Drakes can safely live until you rid their world of the Aether. The ultimate goal is to create a safe haven for you, your friends (more on that in a bit), and the Drakes to live safely, and keep those little guys happy. The sandbox I played in took place across many islands that you can traverse either by pushing back the tainted water using magic or by connecting two waypoint crystals and sliding across on their light. 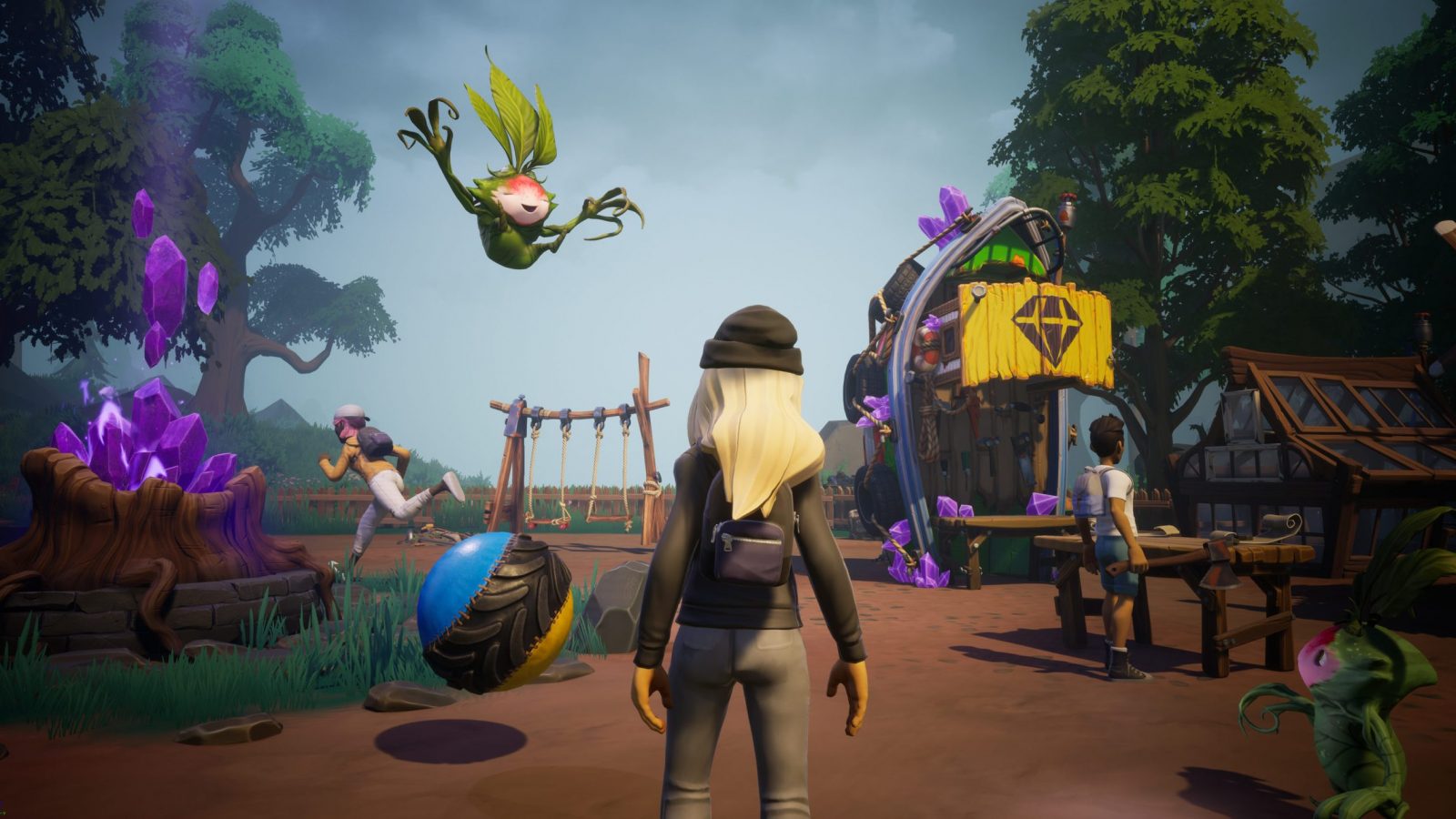 Like children, the Drakes require a lot of attention, so it’s vital that you utilize the crafting system and all of its capabilities. You’ll need to construct living accommodations for them to live in, eat, sleep, and be entertained, and all this is monitored by three icons in your HUD. If you fail to take care of these little guys, they will die. In return, when they are happy and flourishing, they reward you with items such as charms and buffs that will increase your defense, offense, and other stats. Now, what’s a world with cute creatures if you don’t have an enemy that threatens their existence? As you explore, you’ll find yourself encountering shadowy figures that are the Aether. It’s this evil that has transformed the Drake’s world into a gloomy realm. The Aether is more than a few shadowy monsters looking to end all peaceful life; it has consumed the island in different forms. 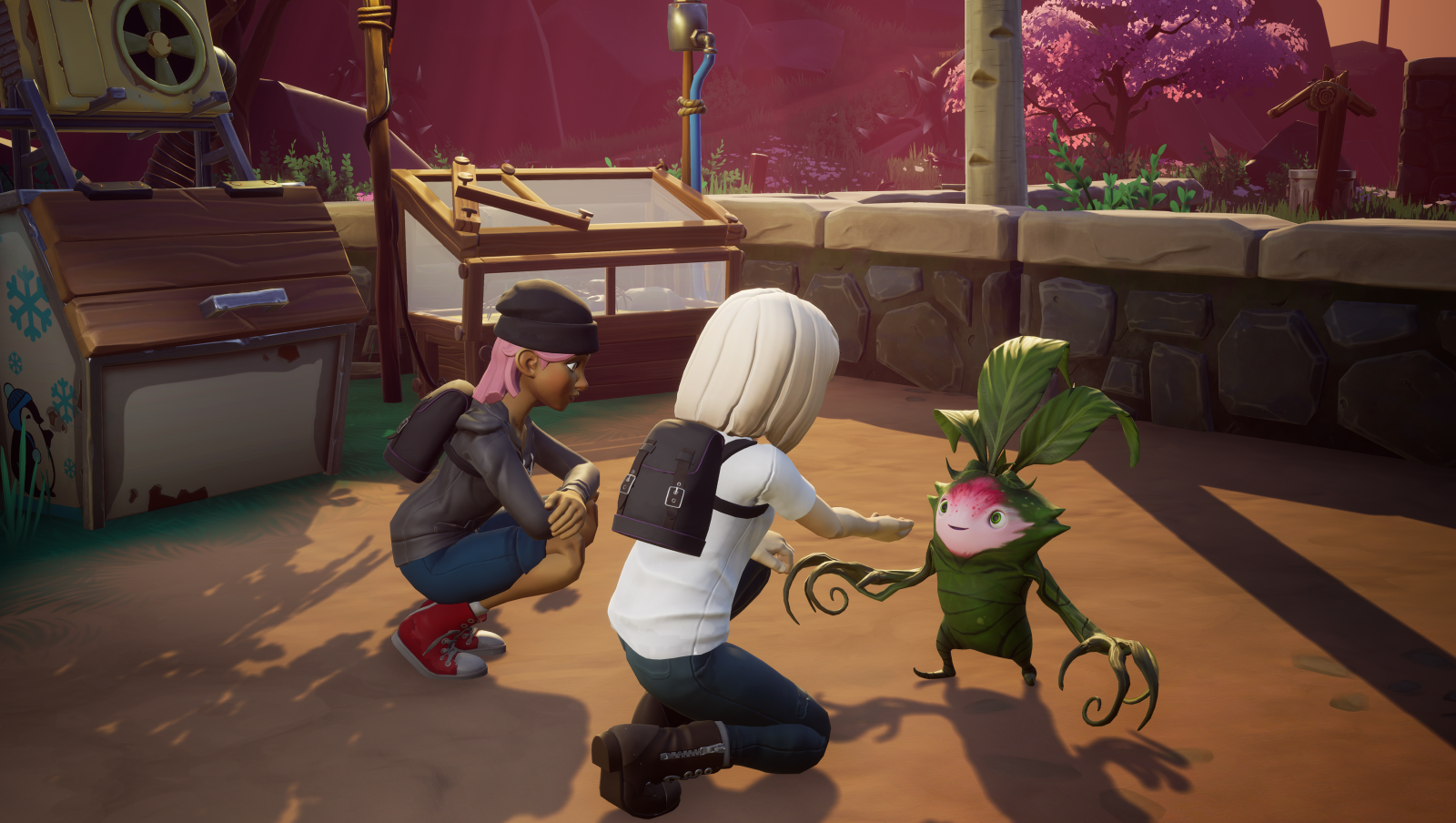 With crafting and farming at the center of the gameplay, The Molasses Flood, the developers behind this grandiose experience, knew that this game would set itself apart from others by allowing friends to join you in the adventures. Playing together with a friend took the experience of building, farming, and protecting those cute Drakes to another level. Building a small or large camp to interact and care for the Drakes became less of a chore, and the angst of having enough resources to keep them fed, happy, and alive became a team-building experience. The larger and more resource-filled the camp was, the more Drakes came and made it their home. While scavenging for resources and discovering new Drakes in the world that needed saving, my companion was beating back the Aether and acted more as my bodyguard. Now, the great thing about the multiplayer experience is that you can approach it any way you’d like. The only question you’ll have to ask yourself is, who else will you team up with?

As of now, Drake Hollow will release sometime in 2020, and will be available on Xbox One and Windows 10. For more information about the game, check out the Drake Hollow site.