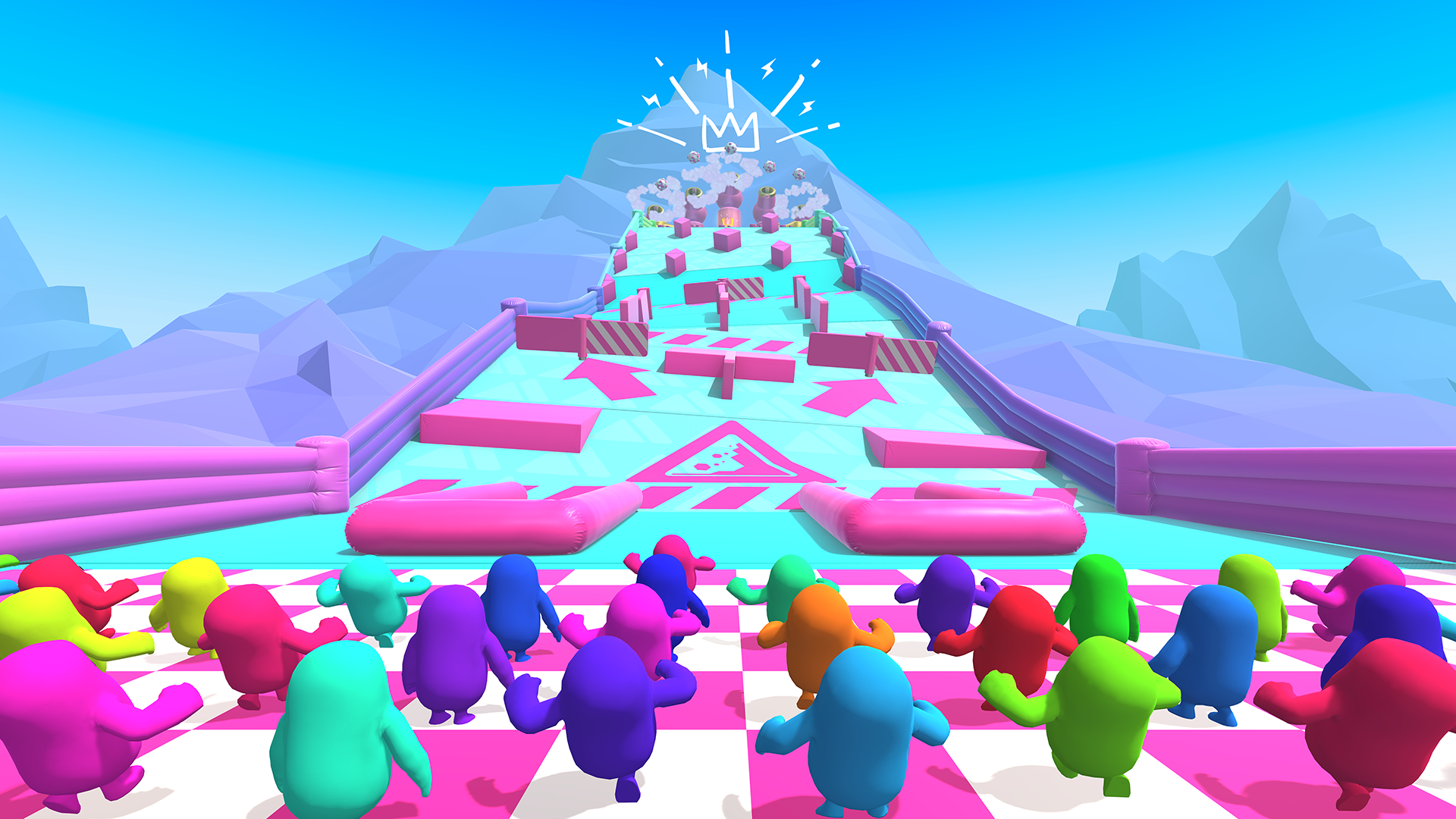 It’s difficult to describe Fall Guys: Ultimate Knockout, because it really isn’t like anything I’ve experienced before. It’s full of bright colors and realistic physics, chaotic games made up of a simple premise, hordes of competition, hilarious obstacles, and the most ridiculous, customizable potato-shaped avatars, and it’s impossible to play it without laughing hysterically. Described as an Online Multiplayer Fiesta with “lots and lots” of players, this brightly-colored bizarre title is an original and refreshing take on battle royale.

Let’s start with your character’s customization. You pick a color. And then a print, like lightning bolts, or polka dots, or even watermelon stripes. Then you get to the accessories. Skirts, pineapple hats, sheep costumes, floppy ears and a little fluffy tail. Happy with how your potato-guy-or-gal looks? Good, because the real insanity is about to start. 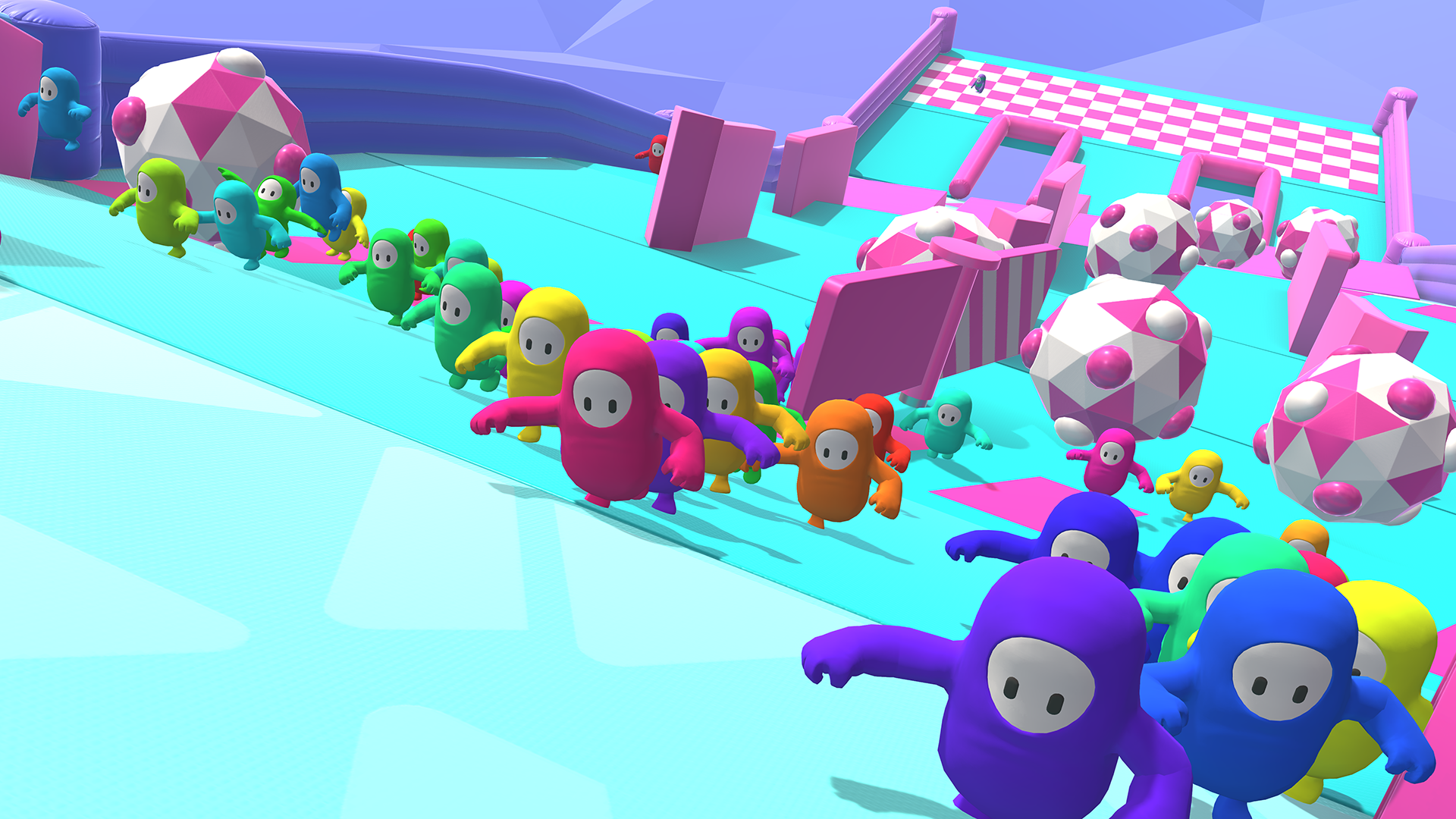 You’re thrown into a starting area with numerous other potatoes, and you all find out what the goal is at the same time. Fall Guys features a number of different levels, and you’ll have to survive three rounds in order to take the crown and win the game. Some rounds are cooperative, where you’ll have to work together with other players, while in others it’s every potato for themselves.

The first level we played was a race through a number of doors. All the doors were closed, but only some would open; the only way to find out was to plow face-first into them. Wall after wall of doors arose, and I laughed hysterically as little potato-people slammed into unyielding doors. The risk/reward strategy started showing itself here, you could slow down and stay a little behind the pack in order to see which doors opened, but doing so was dangerous towards the end of the level, when it became a straight sprint to the finish line. Another level opened with a few of the players having long, black tails. The goal was to be one of the players wearing a tail when the clock ran out, and so the play area was a scene of pure chaos as tailless players tried to steal them from others. Those with tails tried to protect their precious tails by running and hopping up to the highest sections of the play area, hoping others couldn’t pursue them, or trying for safety in numbers, gathering together and hoping that someone else’s tail would be stolen before theirs. 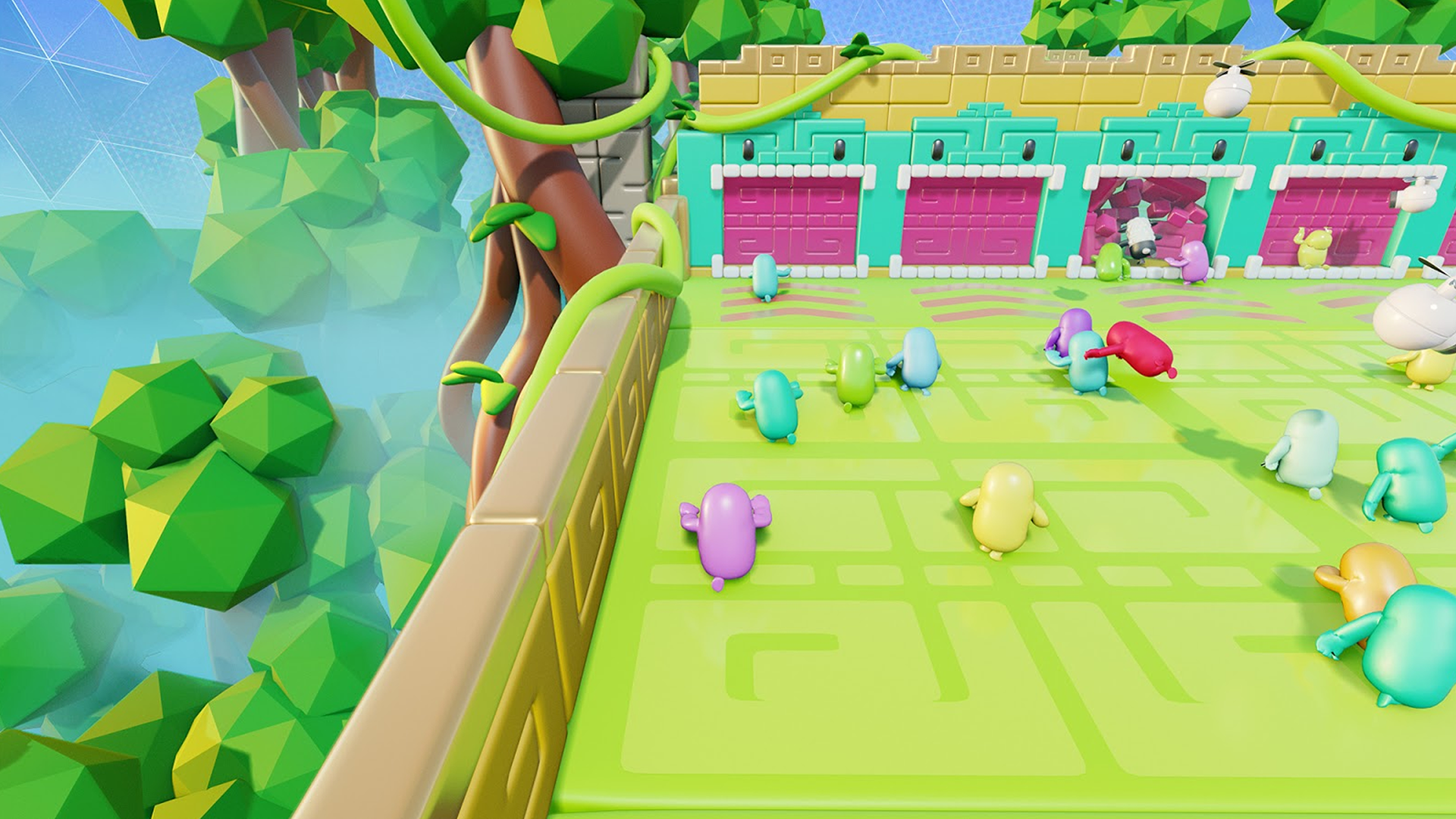 The final level was an uphill race, it just happened to also feature spinning balloon-looking hammers flipped around and sent anyone in their path flailing down the hill, taking out any players who did not get out of the way of the flying potato. Pink-and-white boulders came rolling down the hill at us, Indiana Jones style, at random intervals, bowling lumpy little avatars over and drawing more laughs of delight from everyone in the room. In the end, I didn’t take the crown, but I also couldn’t stop smiling, and I consider that a win in and of itself.

Fall Guys: Ultimate Knockout will be coming to Playstation 4 and PC in 2020. You can learn more at the Steam store, and be sure to check out our E3 coverage for more interviews and hands-on from the convention floor.