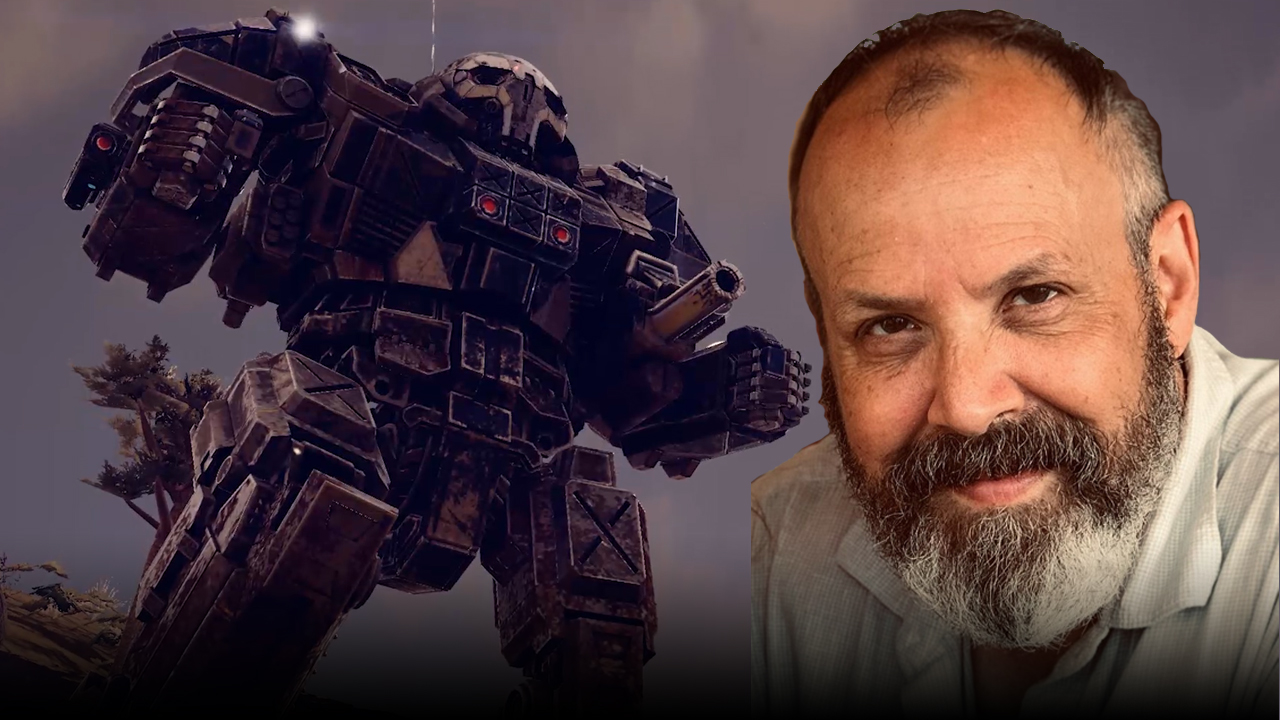 GT: So now that you’ve completed the three expansion packs to BATTLETECH what are the big lessons you took away from the IP? What was the most difficult, and what was the most rewarding?

MG: I started with BattleTech consulting with Jordan on the BATTLETECH CENTER pods and producing/designing MechCommander in the ’90s, so I learned my big lessons early – respect the setting & mechanics, respect the fans, but don’t be a slave to the IP or you’ll limit your gameplay and limit your audience. And if an IP is “dipped in amber” and can never change, expand, or evolve, it will wither and die, leaving fans wondering what happened.

Case-in-point: We were looking for a weapon for the HEAVY METAL expansion that could keep Light ‘Mechs useful longer in the game because the power-curve of BT makes you want to abandon them ASAP. We could have added drop weight restrictions and other features to help with this but that wasn’t addressing the fundamental issue of battlefield viability. So we created the COIL Beam and gave it a lore justification that worked for OUR game without impacting the entire game setting. Now, other teams can choose to adopt it or not and make it part of canon.

GT: What has been the biggest surprise, watching fans play your game?

MG: How long they’re playing it! We see people logging hundreds and hundreds of hours playing BATTLETECH and it’s incredibly rewarding. They’ve played the Restoration Story Campaign multiple times (which is good because we changed some things in Update 1.8!) and played through many, many Careers. It’s also been incredibly gratifying hearing their experiences traveling the Periphery and interacting with all the Flashpoints we added to the game in each Expansion. 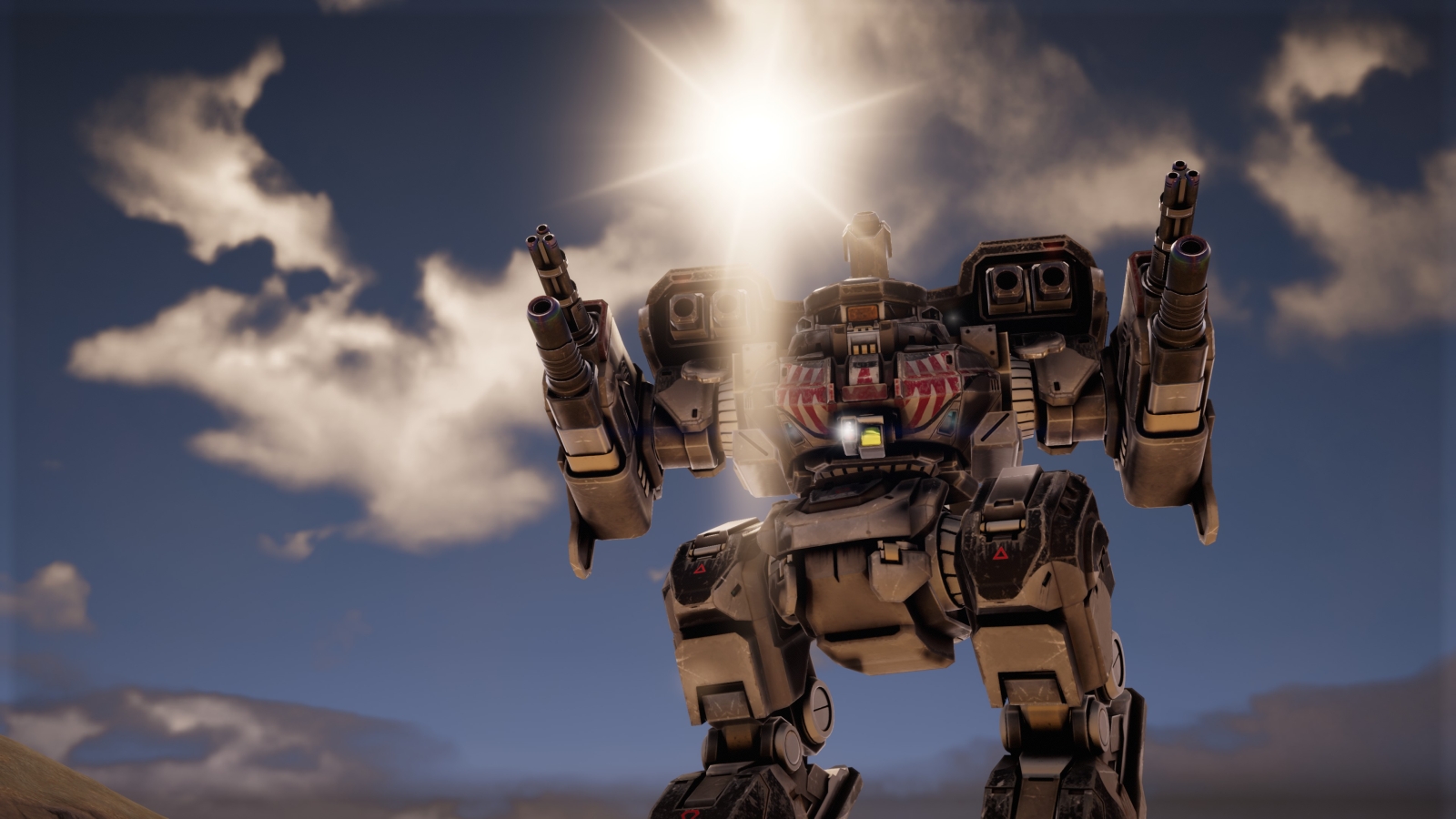 GT: Who at Harebrained has the longest campaign going?

MG: That would have to be me, since I’m still livestreaming my personal save game every Thursday on “Mitch Plays to Win”. (Spoiler: I don’t.)

GT: Why did you decide to create your own ‘Mech in the Bull Shark, and what was your biggest inspiration for it?

MG: Up until we added the Hatchetman in the Flashpoint Expansion, all the ‘Mechs in the game came from Piranha Games’ MechWarrior Online. The Hatchetman was our first attempt at putting a ‘Mech through our own pipeline and into the game. The artist responsible for that was Marco Mazzoni, who later became the Art Director for URBAN WARFARE and HEAVY METAL.

When I decided that the focus of the third expansion would be a LOT of ‘Mechs, Marco asked me if he could design his own. Now, I’ve been directing games a long time, and when I see a glint like that in someone’s eye, I know I’m gonna get quality work if the answer is yes. So the answer was yes. So the biggest inspiration for ME was Marco. If you want to learn all about Marco’s inspiration and his process for developing a new ‘Mech for BattleTech, you can read his Dev Diary. 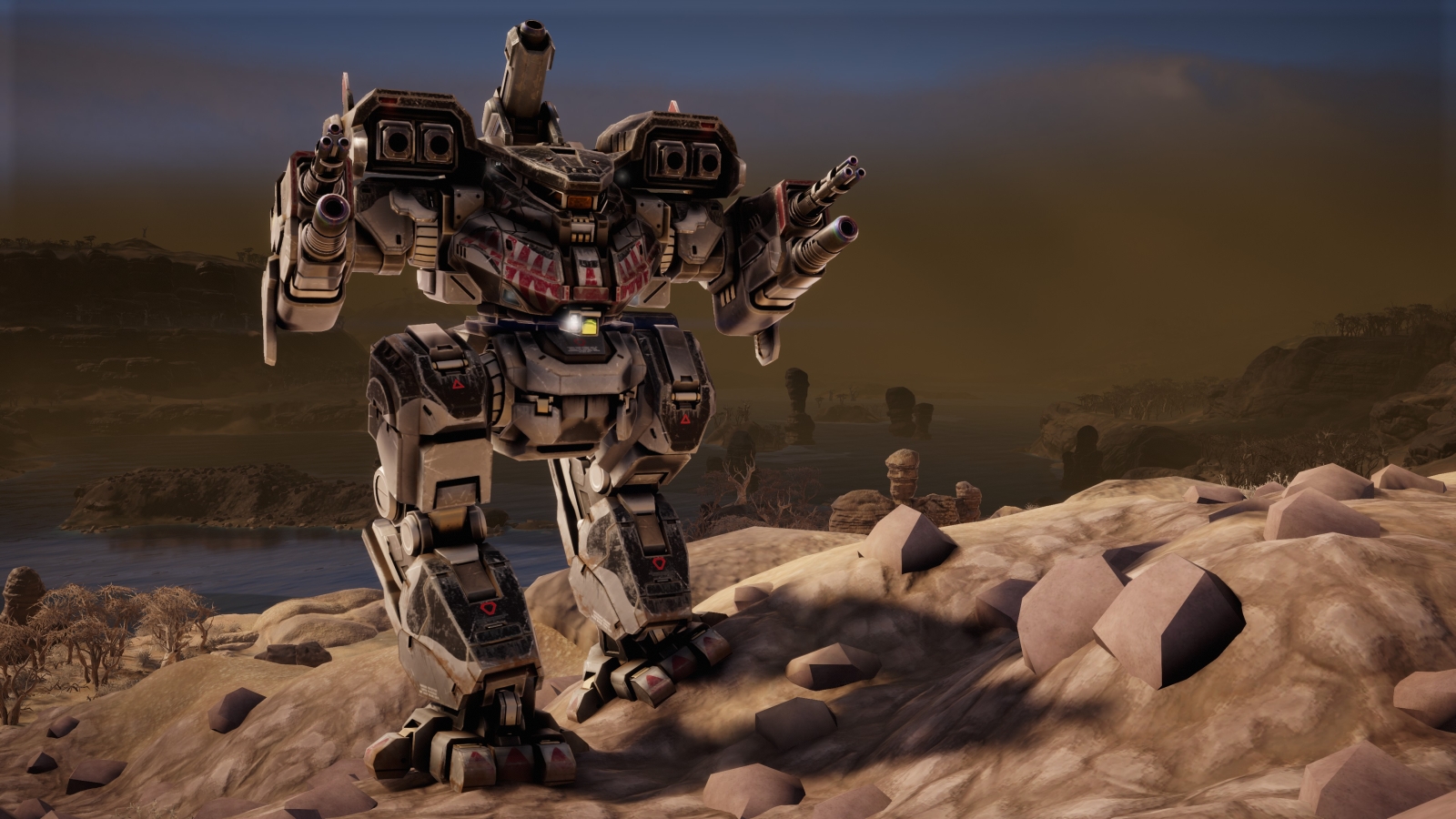 GT: Similarly, the Coil weapon is absolutely devastating when placed on something like a Vulcan. What was the inspiration for that weapon, and what’s the most nasty way you’ve seen it used?

MG: As I said, the COIL Beam was born of a desire to make lighter ‘Mechs viable longer in the game. But beyond that our Lead Designer, Ryan Burrell, was interested in creating a “high skill” weapon that rewarded you for exploring its use. At first glance, the COIL Beam seems kinda simplistic and OP but if you just run a lighter unit up to the enemy and fire, you’ll probably lose it (or take serious damage) on the next round. After awhile, players see that there’s a kind of elegance in using it effectively. 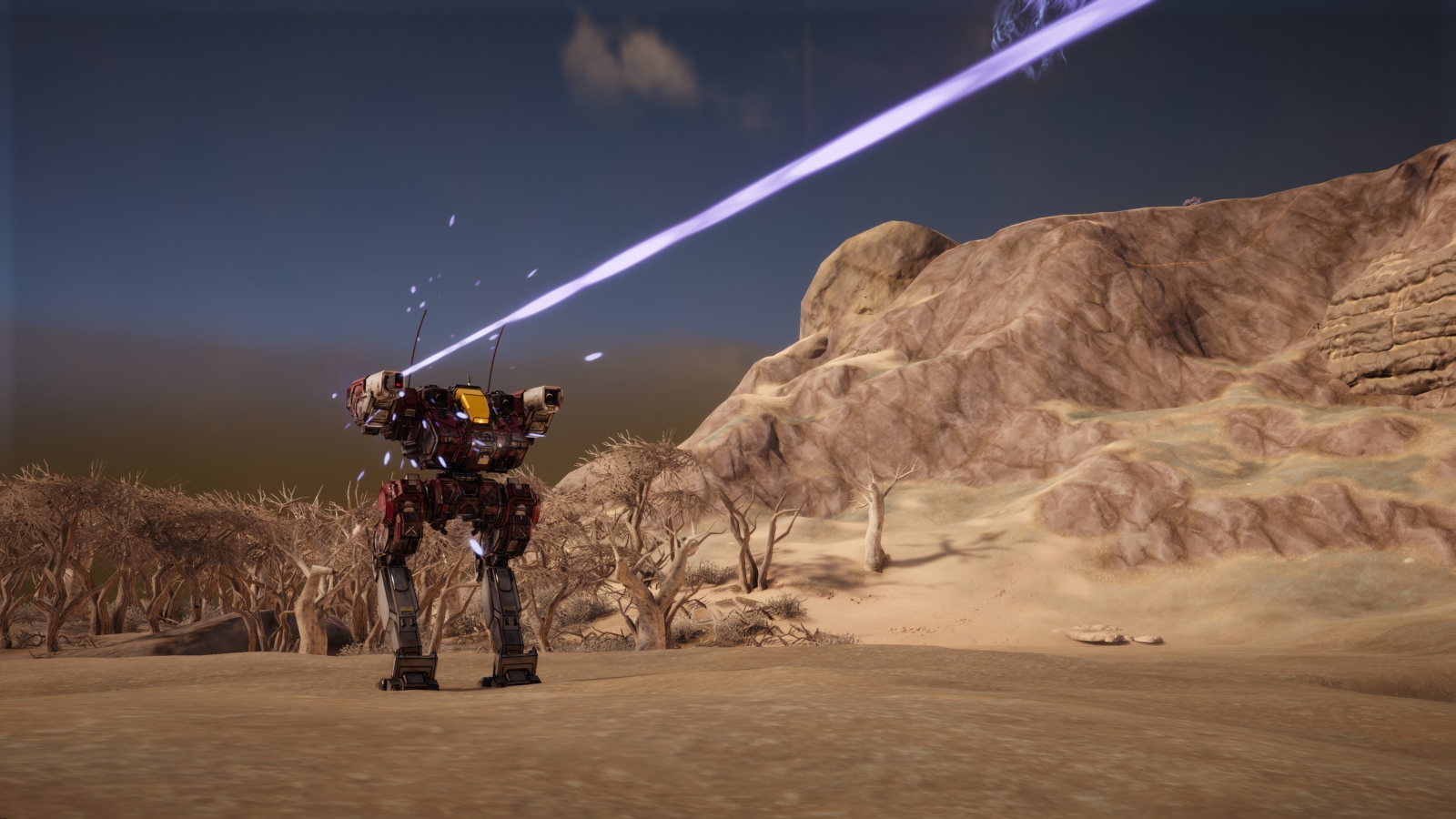 The COIL beam is death on two legs.

GT: We need to talk about that AoE weapon, the Thumper Cannon — with mechs rarely clumping together, what’s the best use for it? It’s a lot of tonnage with limited ammo looking for a purpose in all of my games.

MG: That sounds like feedback in the form of a question. :) No worries, I get that a lot. I think the answer is YMMV. In other players’ experiences, enemies do clump together and according to the folks on our forums, they’re getting the bang for the buck.

GT: With the ten new mechs bringing in quirks, are you planning on offering a similar thing for older mechs, or are you hoping the mod community will fill that gap?

MG: No. We have no plans to go back to the older ‘Mechs and add quirks. That’s exactly the reason why we were excited to add official mod support to the game in Update 1.8. There are some really good mods out there and we hope that things will only get better for fans now that we’ve added it. 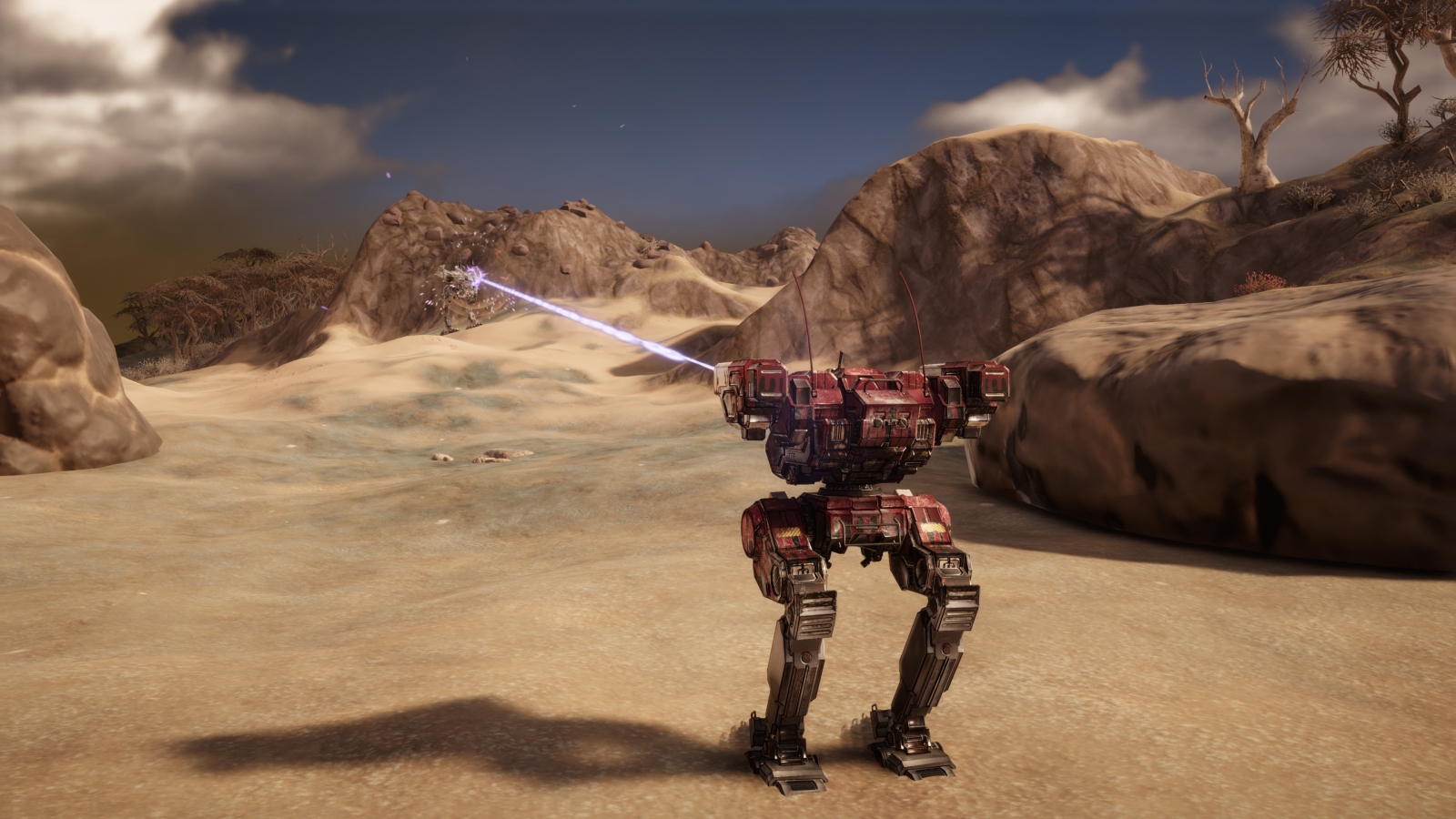 GT: Out of curiosity, have you or the team played around with mods like BattleTech Extended, or Roguetech?

MG: Of course. We wouldn’t be doing our jobs if we didn’t.

GT: Looking back, are there things like engines that you would have liked to have brought into the game? What ended up on the cutting room floor?

MG: Looking back on every game I’ve ever made, I see things I would have liked to have shipped. BATTLETECH is no different. There’s a Haiku about game development that I learned about 25 years ago:

So yes, of course, there are things we wanted in the game that never shipped. Stuff like infantry and Commander Abilities like airstrikes. But I never ever look back at that sort of stuff because there’s no point. Editing is part of the creative process and talking about “what could have been” has little real value. 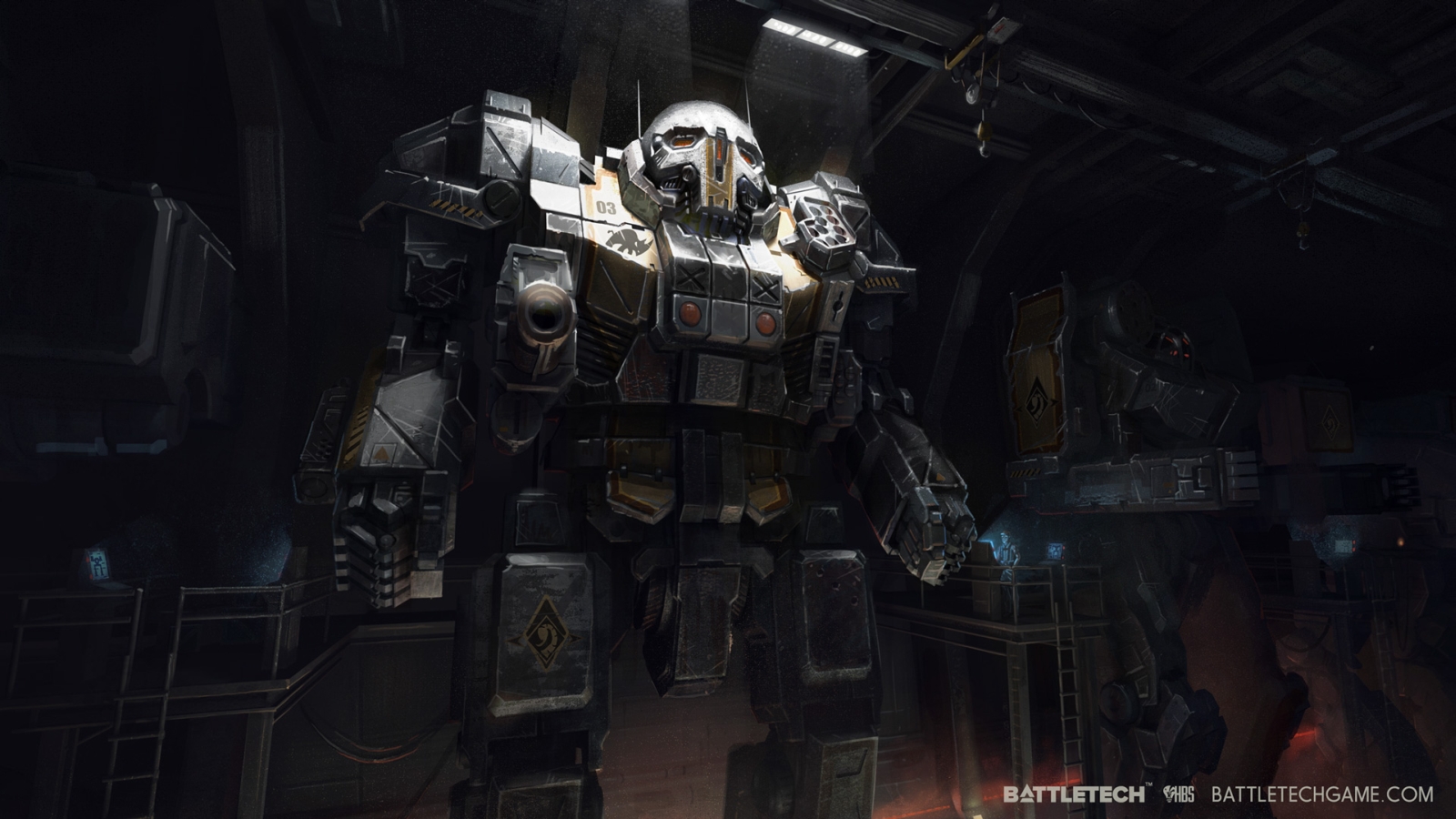 GT: Speaking of engines, and especially on long campaigns, we are starting to see the threads of the Unity engine unravel. Have you pushed it to the limits, and do you expect you’ll head a different direction with your next project?

MG: This may be kind of semantic but the threads of the Unity engine are not unraveling. The way we USE the Unity engine has pushed it as far as it can go. We know how to do better with it in future projects.

GT: I see Jordan and his son are working on a board game Kickstarter. (You can read our PAX interview soon) Has he roped you all in as guinea pigs to test that out?

MG: Jordan knows better than to distract anyone from their work. He’s amazingly open to feedback, though, and we know that the door is always open for volunteers.

GT: Speaking of side projects, and it’s less of a question, but please continue to bring in Jon Everist. The guy can capture the soul of what you have built with his music. Just putting in my nod for his work.

MG: Nod acknowledged. Jon is a wonderful composer, terrific collaborator, and friend of the studio. I loved his work on our Shadowrun games and he hit it out of the park on BATTLETECH. I never get tired of hearing his music.

GT: And finally…and there is no way you are answering this, but…any chance we’ll see a Season 2? With 35+ years of lore at your fingertips, there’s an embarrassment of rich storylines waiting to be told.

MG: You’re right, there’s no way I’m answering this. But I really appreciate people wanting us to continue developing BATTLETECH! It’s my sixth or seventh project in the universe and it holds a special place in my career and I’ve grown quite attached to it and to the fans. The team at Harebrained Schemes poured their hearts into the last four years of development and I hope it shows.