The Atlanta Faze Call Of Duty League team is 5-0, and has the number one seed heading into the first major tournament. Several other teams gave it their best (Dallas, Los Angeles), and another team tried their hardest to dethrone Atlanta (Chicago took them to a fifth map), but the resilience of this team has them on top. We’re just now leaving Super Week where each team played three to four games in seven days, and while fun for the fans, Faze definitely could feel the toll. 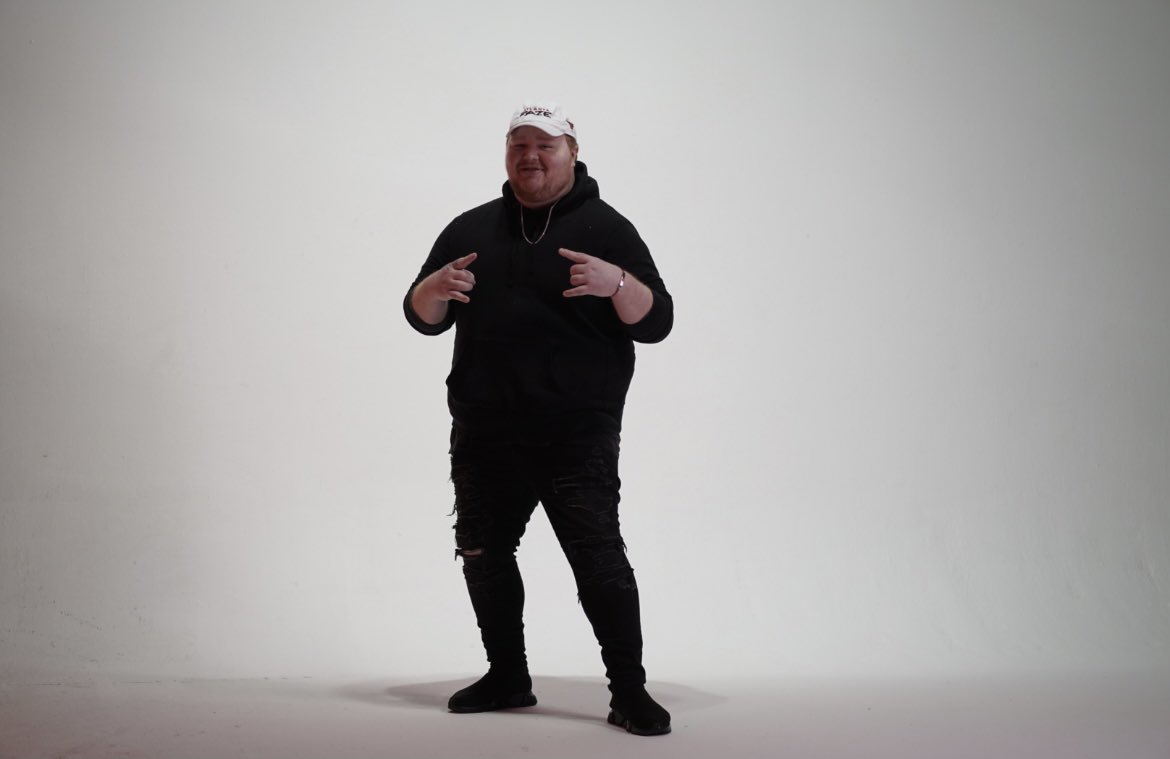 Arcitys (Alec Sanderson), spoke to the fun of the week, and whether it was helpful or hurtful, on a virtual press conference call. “Honestly the super week was nice, it showed a lot of our weaknesses, but at the same time, I’m not going to lie to you, I was burnt out. That was a long week for me, but that’s personal issues, gaming issues, I felt tired and needed a break from some things. But it showed a lot of the things we can work on as a team, like there’s a lot of maps we could’ve closed out, that week I’m pretty sure we had five hardpoints go to the last second. So I think it helped us a lot.”

With super week behind everyone, one unfortunate thing on plenty of fans and players minds has been different tactics being used, and sadly the players have been facing backlash on Twitter over them. The sequence of snaking, which is crouching, going prone, sprinting forward to stand up, then crouching and repeating, is a tactic plenty of pros and fans alike don’t enjoy, but is a part of the game whether they like it or not. One of the singled out players who has used the mechanic is Cellium, one of the starting Atlanta four. 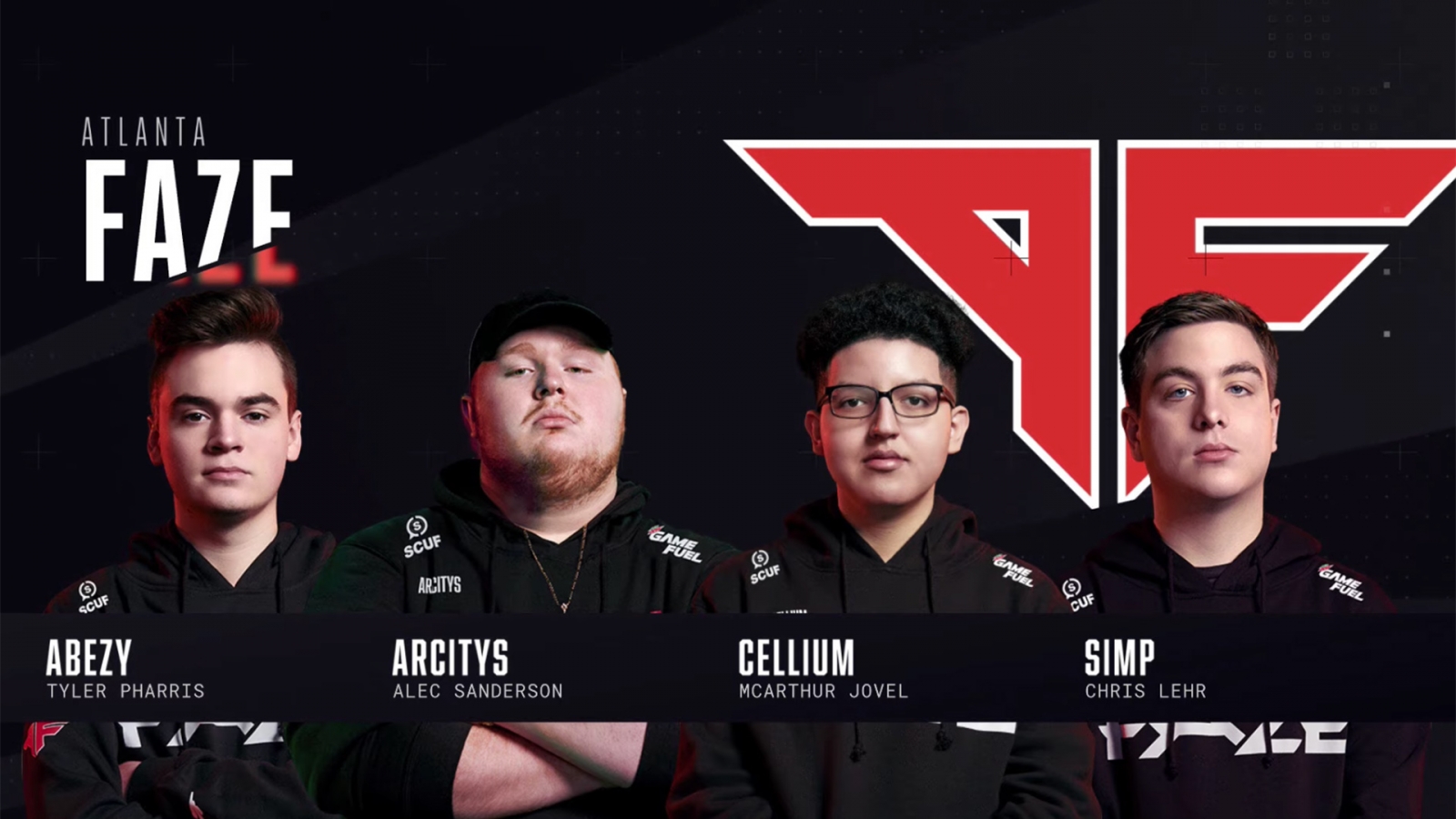 In addressing a question on the matter speaking to his experience on the other side of it last year, Arcitys said, “It’s a sensitive subject, but I don’t really care [about snaking]. I mean, I could say I got snaked out of a championship last year but that’s just a weak mindset. Cell is a great player, he can do whatever he wants, in game he’s nasty enough to not do it or do it (snake), but at the end of the day, someones going to snake you. It’s just MC (Cellium), it’s hard to explain, it’s whatever. Faze up, you can do it too.”

Simp (Chris Lehr) also had something to say on the matter, “To start off, the devs have tried fixing it, it’s something you can’t really fix without messing with the movement entirely. I feel like they’re not at a point where they understand how to fix it. But I also think the whole narrative of Cellium making this the problem, and he’s the reason all this is happening is such a bad take. Snaking has been around for years, they say they banned it for “five plus years” before he joined the league and whatnot, but there’s clips everywhere of people snaking in all these tournaments. Money on the line, let’s say champs/finals, if you get snaked once or twice, you can’t do anything about it, that’s them taking advantage of the situation. Until it gets fixed, there’s nothing you really can do about someone snaking you. There’s so many definitions about it, and there’s so much unclear stuff that people know, and the fact that all these players and people have been mainly blaming MC about it is complete stupidity because he’s not the one that made it. He didn’t make the term snaking, he’s just taking advantage of the situation like other people should.”

While snaking obviously isn’t a big deal to Faze, I had to ask what map they thought was a big deal right now in terms of having a tough time with it. There are map vetoes which allow teams to keep away from maps they aren’t as confident on, but sometimes you have a couple which break into the rotation. I was pretty sure I knew the answer, and Arcitys said exactly what I was thinking. “I’d say it doesn’t need to be worked on, we just need to be more confident on it, a little Checkmate. Some of us don’t like the map but we’re really good at it in scrims. Obviously the Paris match we started off 130-30 (they lost the Hardpoint 249-250), we’ve got to keep the momentum, keep rolling with it. Some of us hate the map, some of us like it, it’s something we’ve got to work on.”

Speaking of hate, there has been a lot of trash talk in Call Of Duty esports, and Simp had some opinions on it and being involved in it. “On social media I don’t notice too much, honestly I notice a lot of fans who never know the full situation. So they just pick and choose their sides. What I do really miss is trash talk on LAN, where you can be sitting across from the person and say whatever you want. It’s a whole different vibe than Twitter.” 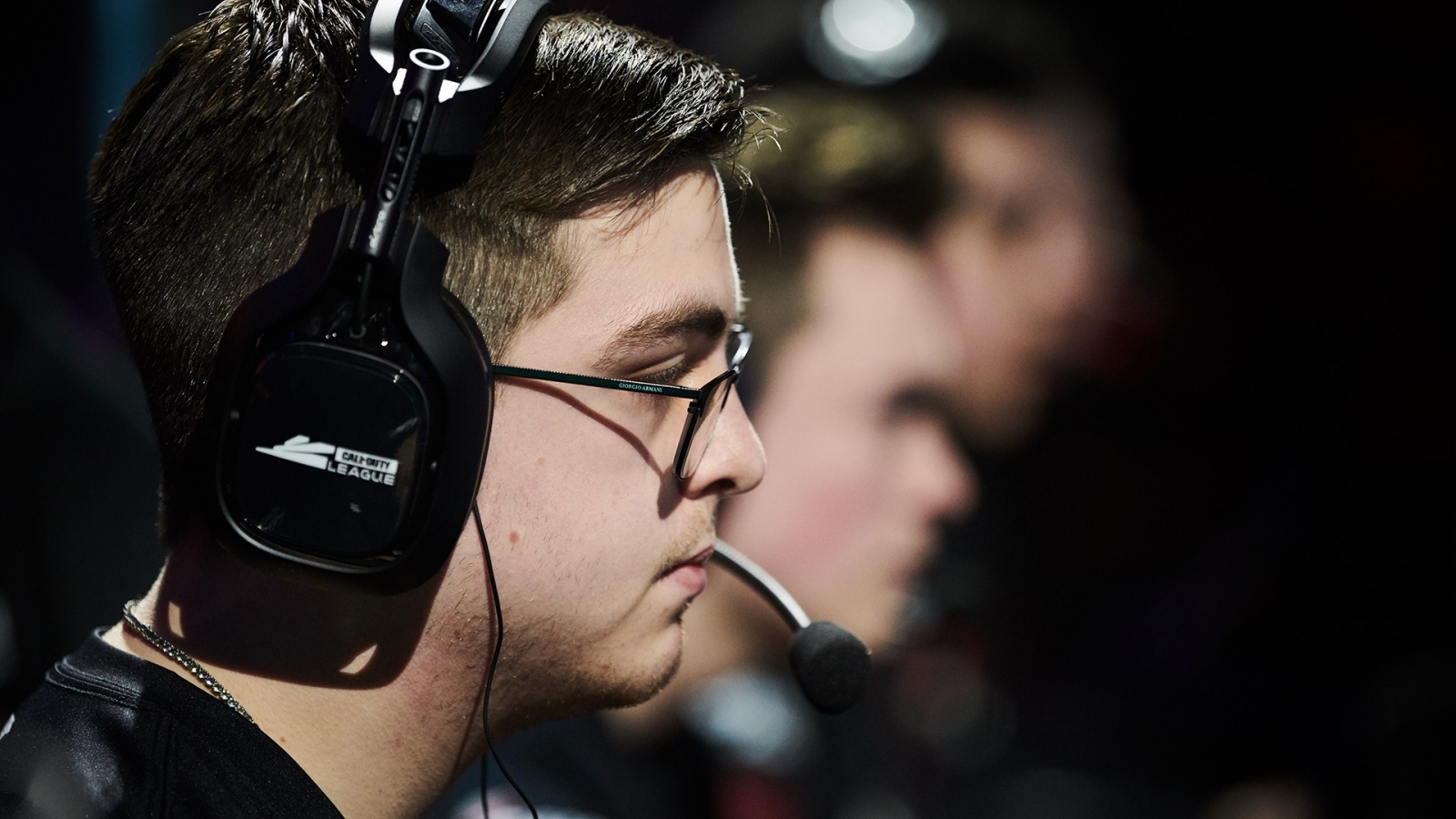 Simp (Chris Lehr) with his game face on

Paul Hamilton (President and CEO of Atlanta Esports Ventures), was also on the call and wanted to speak out about the trash talking the Call Of Duty scene has endured. “I grew up playing traditional sports, and probably would’ve played this if there was something around that looked like this when I was coming up. There’s an unbelievable amount of trash talk in regular sports, it just doesn’t hit Twitter, you know I’m fifty years old, a lot of this stuff didn’t exist [then]. I talked mad s*** growing up playing everything. When my friends and I get on Call Of Duty right now, we talk mad s***, it’s not a secret. The most important thing for me is seeing our guys rally around each other when that stuff is going on, and 99.9% of it is all friendly and funny between them. But the public perceives half of it to be a nuclear war that doesn’t really exist.”

One of the main people known for their trash talk in Call Of Duty is obviously the great Clayster (James Eubanks), and Arcitys spoke fondly of him when asked about his former teammate and filling the gaps after the team split. “Personally, I played with Clay for 80% of my career, so I learned a lot from the guy. He has his ups and downs, he has his negatives and positives, he taught me how to be the leader type role. I wouldn’t say he was great at it when he was on our team (Eunited), but he knew when it was time to shine and when it was time to go. But when he was down it was not good for us, he’ll admit that. He’s a hard role to fill because it’s Clay, there aren’t many people like him. So, trying to fill in the role he plays is really hard, every person should learn how to take a piece of what he does and make themselves better off of it.” 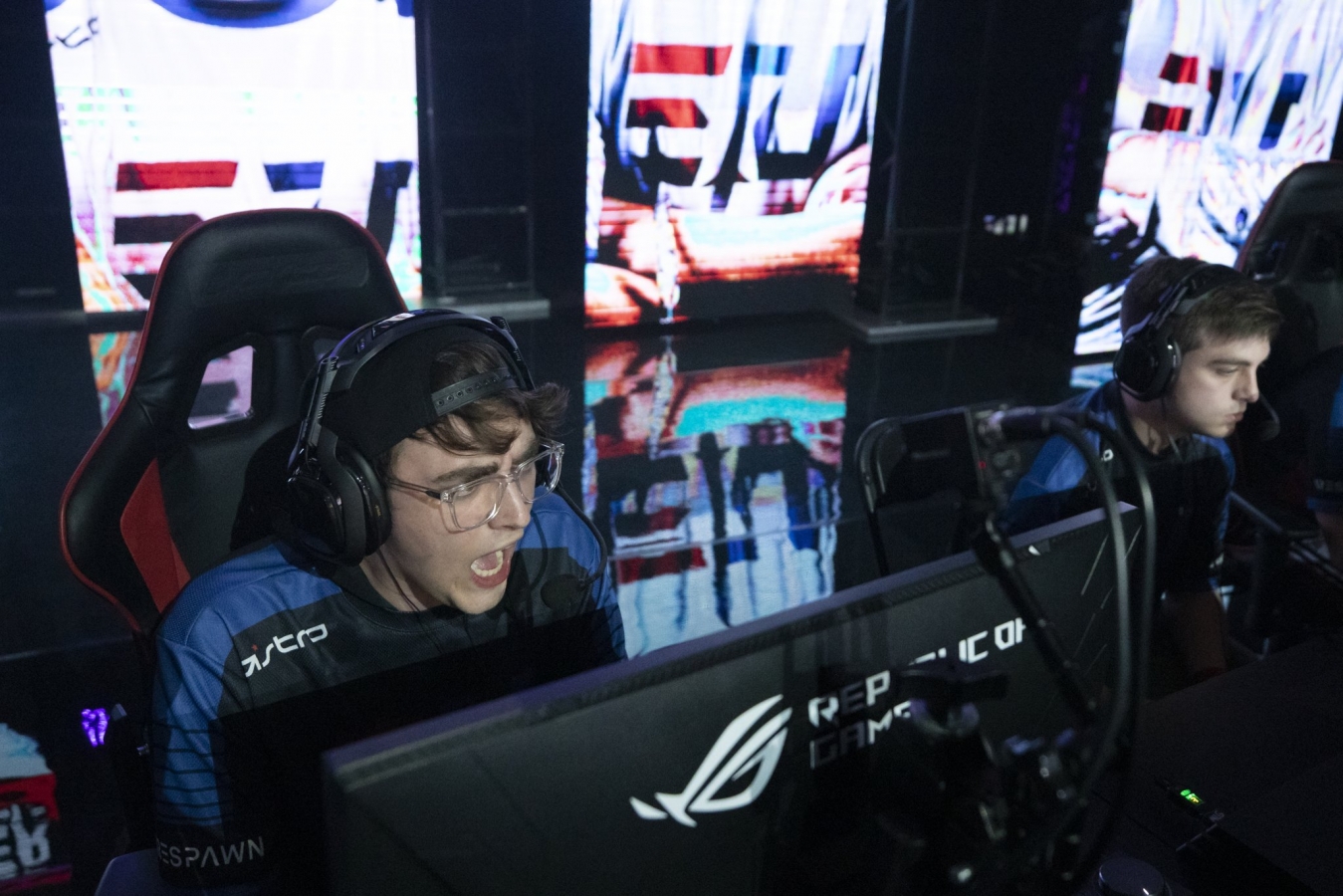 In his response, Simp felt they didn’t fill in the “Clay” gap last year, and that was part of the reason for bringing in Arcitys. “I think what I learned from Clay on Eunited is that you definitely do need some kind of leadership, we thought we could get by without one [during season one], but it ended up hurting us in the long run. That’s the one thing I learned from him [Clay], and we ended up fixing it by picking up Alec (Arcitys).”

Continuing on that line of thought, Arcitys also responded to a question about being brought in for leadership. “It was easy from the start, I’ve played with these guys, they’re like some of my best friends and we won one [a championship] together. Stepping into this role was very easy and a no brainer. Chris, Tyler, MC (Cellium), I’ve worked with and known them for years now, so I know how to not push and push their buttons. The only one I have to push buttons to is aBeZy (Tyler Pharris), cause he’s a little kid. Filling that role is really easy, I’m still learning, I still have to get better at it, just taking it day by day.” Simp also felt really good about the leadership Arcitys has shown in his reply, saying “He’s at a good middle ground, you don’t want to do too much to where scrims are getting everyone aggravated with each other and you’re not putting in the most effort you can. But you also don’t want to be at a point where everyone’s trolling too much in scrims, so I think we’re at a good middle ground. 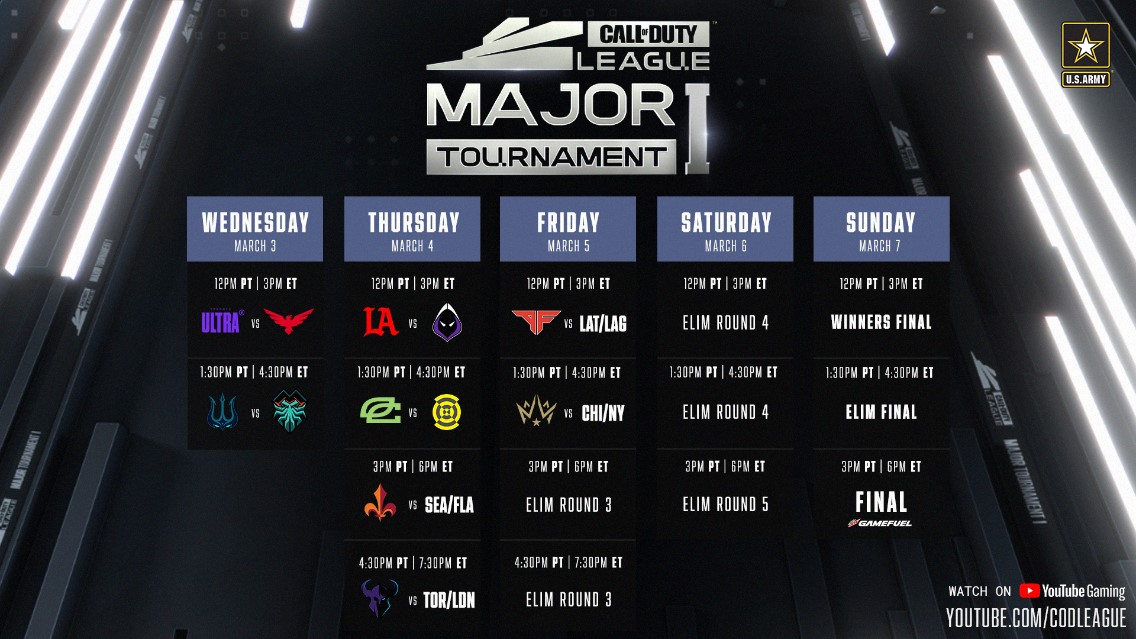 Atlanta Faze will hopefully find that middle ground in the majors, where they will meet either the Los Angeles Thieves or the Los Angeles Guerillas on Friday, March 5th. You can follow the league both live and after hours on the official Call Of Duty League YouTube channel right here. If you want to jump into the game, check out CallOfDuty.com, and if you want to know more about it first, check out our review right here.