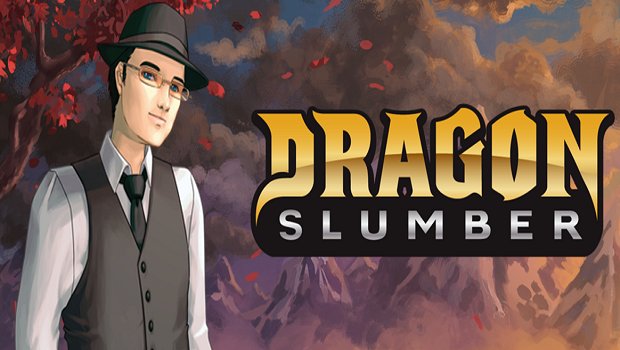 Officially announced last month, Dragon Slumber (in collaboration with Brainoid), will release its second game, a racing title called Astral Traveler. We got to speak with Dragon Slumber founder Kevin Giguère about his post-launch progress with his previous title, Arelite Core, as well as the development process for Steam and partnership with Brainoid.

It’s been about half a year since we last talked about Arelite Core. How have you handled the game post-launch?
Arelite Core has had a rough launch. Sadly, in a market with so many games coming out each week, only a handful truly manage to bubble to the top and Arelite Core couldn’t quite get there. I think it’s a great game, players have been loving it, but it’s definitely been a struggle.
Still, I’ve kept the game updated as people reported issues, provided help as I could in the Steam forums, and I’m planning a big pack of free added content as soon as my second game launches. So if you’re in the market for a JRPG, there’s a lot more coming down the pipeline with Arelite Core.

What lessons have you learned from the experience that you can apply to your future development endeavors?
I think a lot of game developers, myself included, tend to keep our heads down into the work, building the game itself but failing to outreach properly to the community. Communication was one of the big flaws that I noted after completing Arelite Core, having more people try the game as it’s being developed for instance and using that feedback to improve the game. I was very afraid to have the experience foiled, and I don’t think small indie developers can afford that “fear”.

One of the big changes I’ve made for Astral Traveler is that I’m now streaming the entire development of the game on Twitch. It’s been really interesting to build this game up from the ground up in front of a live audience, taking in their feedback as it happens and just chatting away. They’ve been an invaluable help and I think Astral Traveler will really shine thanks to them. Plus, it’s been really fun to do.

Astral Traveler was one of the last games ever to be greenlit on Steam’s now defunct Greenlight service. How did you feel when you got the news?

I was really happy to get greenlit, and I saved 100$ since I had already paid the greenlight fee on Arelite Core. When news came out that Greenlight was shutting down, we didn’t know what would be replacing it, so I did a mad scramble to put up Astral Traveler immediately in order to avoid complications in the future. The game we have now is very different from that version as well, every visual asset was changed and the entire gameplay itself evolved into something more polished.

I do find Steam Direct concerning however, since Steam is taking an even more hands-off approach to the process. Right now, it feels like we’re going down the mobile route with hundreds of games being released per day, many of them legitimate but then there’s also a lot of asset flips and quick cash grabs, which makes things more difficult for the developers who do put in the time to provide polished experiences. I think if Steam used the Steam Direct fees to do an hour of testing for a game, they could reject the cheap cash grabs and greatly rise the quality level of what’s being published. That would be a win both for gamers and developers.

Astral Traveler aims to combine racing with platforming, a mix that really hasn’t been explored as of yet. What challenges were there in mashing up the two genres together?

Because of the speed of the game, our biggest issue with Astral Traveler has been to make the obstacles clear to the player in all circumstances. The roads are twisting, there are a lot of walls and effects going off, so it’s important to provide good cues to the players so they can react accordingly.

Balancing the challenges has also been a struggle, since the game isn’t just fast, but it’s also very intense. Between the enemies to shoot down, the platforming and the timed phasing to speed boost through pulsars, there’s a lot to take in at once. It’s exhilarating, but the consequence of course is that the game can become overwhelming for players, so we’re doing a lot of work to ensure the challenge feels fair. That being said, don’t expect this to be an easy game, especially if you’re aiming for the top of those leaderboards, there’s a lot to master.

What other features will make Astral Traveler stand out in the racing game market today?

Astral Traveler is pretty different from other racing games. Rather than opponent racers, the track itself is your enemy, filled with obstacles to avoid, jump over and shoot down. At high speeds, it gets chaotic and it forces players to react to new situations all the time. It requires a lot more focus from the players than the regular racing game, which is why I like to call it a “runner racer”.

The ship also has a phase ability which is a timed button press that let’s the player move through certain obstacles. We have pulsars laid out across the track which can either be shoot for extra health, or you use the phase ability to move through them and earn a burst of speed. Those pulsars are going to be the key to the leaderboards, but every burst of speed also increases the difficulty of navigating the course.

What was your favorite part of development for this title?

By far, being able to work directly with a partner, Turkish developer Bora Genel from Brainoid. After working on my own for most of Arelite Core’s development, just being able to share the day to day stresses of development, or knowing that problems get solved without needing to micromanage every aspect is a huge boon. We’re able to counter balance each other’s weaknesses, and that makes a huge difference.

This game is vastly different to your last one; how different are these two games to program in terms of coding and development?

The two games are almost entirely different. For Arelite Core, I needed to code the engine from the ground up, I needed to figure out all of the technical aspects like collision, game optimization and the likes, and I ended up doing a lot of things manually. For Astral Traveler, we’re using the Unity engine which takes us a good step forward from the onset, meaning we can spend more time focusing on the core game instead. The asset store Unity provides is filled with affordable resources which save a colossal amount of time. Also, Bora took care of most of the more technical aspects like optimization and early gameplay implementation, while I was more in charge of content and level design, so the technical side it’s been a lot easier for me personally.

I’ve also quit my job in January to dedicate myself full time to game development. Surprisingly, it didn’t end up feeling like switching from 30 to 75 hours of game development per week alleviated my workload. Instead, I try to accomplish a lot more of what was lacking during Arelite Core’s development. It’s a learning process though, and I’m sure my third game will feel entirely different from the first two as well.

Will there be any future news about Arelite Core or Astral Traveler in the coming months?
I’m really looking forward to getting the additional Arelite Core content in the hands of players, and I also have one more surprise planned for it next year. After that, we’ll see what happens. I would love to expand upon Astral Traveler as well, so hopefully players will enjoy the game and I’ll have a chance to do so.

2017’s been a great year for games, both indie and AAA. What have you been playing this year?
I’ve been making a point to play a lot more games this year, following the last months leading to Arelite Core’s launch where I was just focusing on ironing everything out. I finally got to try out Doom 2016 and am currently going through Prey. On the indie side, I’ve been discovering a lot of hidden gems as well, like Reset 1-1, Silence and Illusoria.

I also got an Oculus Rift and am loving Robo Recall. I only got to use the Rift a few hours thus far but I’m really buying into the whole VR experience, especially with motion tracking controls. I’m already starting to think up different game ideas I’d like to implement, so maybe that will be my next project!

I think it’s good as developers to not entirely get lost in our projects and remember that there are other games out there doing amazing things. To some extent, players and reviewers are going to judge our games against what’s already available, so it’s important to keep perspective on that.

Finally, any pieces of advice or last words you could give our readers before you head out?
There are a lot of games out there, AAA and indie, and at this point I know a lot of gamers have hundreds or even thousands of titles in their Steam accounts. It’s easy to forget that behind all of those titles, there are developers who spent months and years working on making them the best they can. It’s a tough market, most games don’t sell well due to oversaturation, but there’s so much passion as well so please, remember the devs who bring you their games and make sure you tell them when you like them. I can tell you, a tweet or a Steam review can make such a difference for us.

And of course, I want to thank you for your time, it’s always enjoyable to do this.

Astral Traveler will be available on September 13 on Steam. You can catch up on updates through Dragon Slumber’s Twitter and Patreon. Stay tuned for more news here on Gaming Trend.